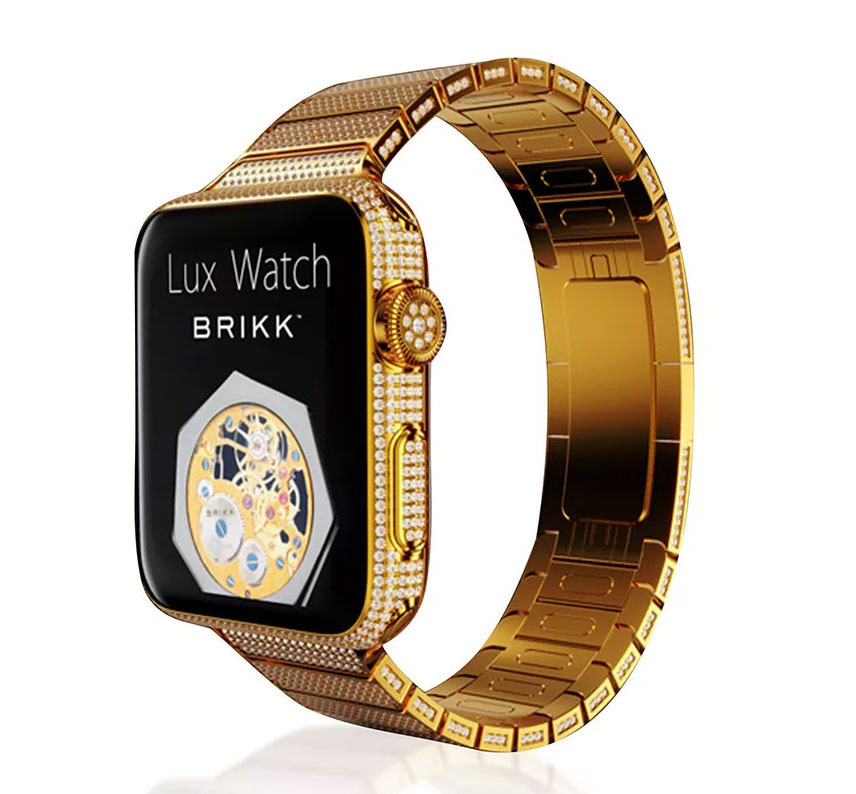 When the Apple Watch pricing structure was announced, I couldn’t titter at the people who were predicting the downfall of western culture because it came in a $10,000 gold version. When you work in fashion, you know better than to think $10,000 is where luxury goods end. As I silently predicted, that was just the beginning–you can now get an after-market Apple Watch updated with even more gold and diamonds, plus several other tricked-out gadgets, at Moda Operandi.

The Luxe Tech Edit includes Apple devices (and one Nikon camera) modified by Brikk and Goldgenie, which are both companies that specialize in adding materials like rose gold, platinum, mother of pearl, stingray, Swarovski crystals and diamonds to the gadgets already beloved by people who can afford a diamond-encrusted Apple Watch. Luxury upstarts seem to have realized that competing against Apple to make a luxe smartphone for the jet set is a lost cause (although Vertu still seems to be plugging away, with a little help from Android), and upgrading Apple products is a simpler business plan.

The most expensive of the gadgets included in Moda Operandi’s trunkshow is a $115,000, 42mm Apple Watch, which the company has tricked out with 24k gold and all-over diamonds. And if you’re curious, the iPhones included in this sale are unlocked and SIM-free, which means they can work on any provider network. Check out a selection of the pieces on offer below, and if you have a hankering for a gold-dipped iPad, shop via Moda Operandi through June 8.

Apple iPad in Rose Gold by Goldgenie
$2,640 via Moda Operandi 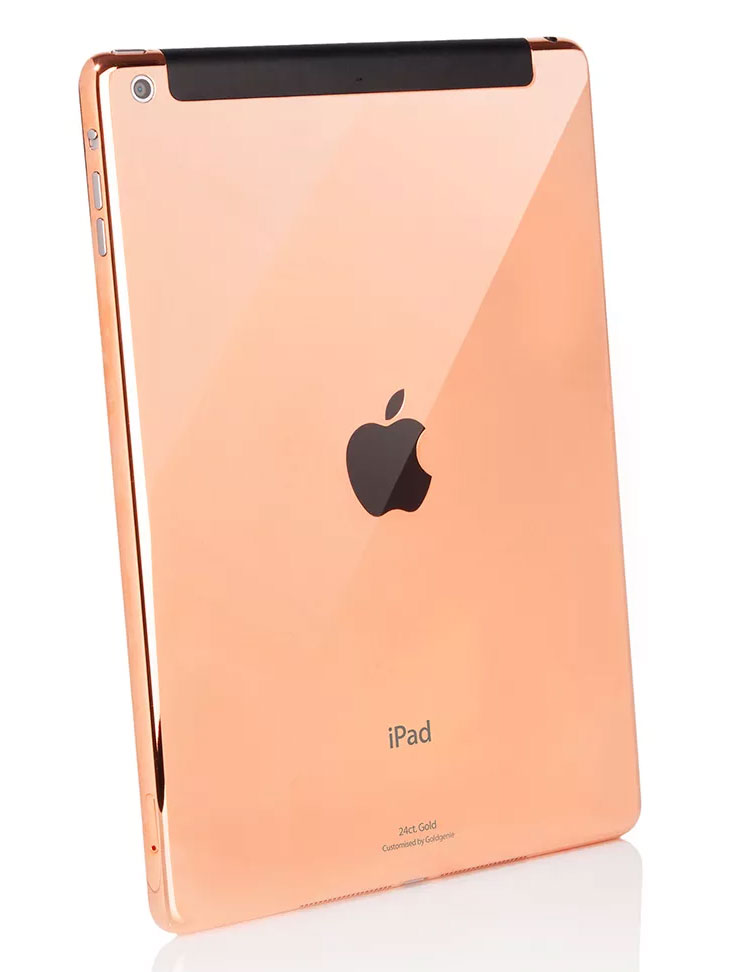 Apple iPhone 6 in 24k Gold and Swarovski Crystals by Goldgenie
$5,300 via Moda Operandi 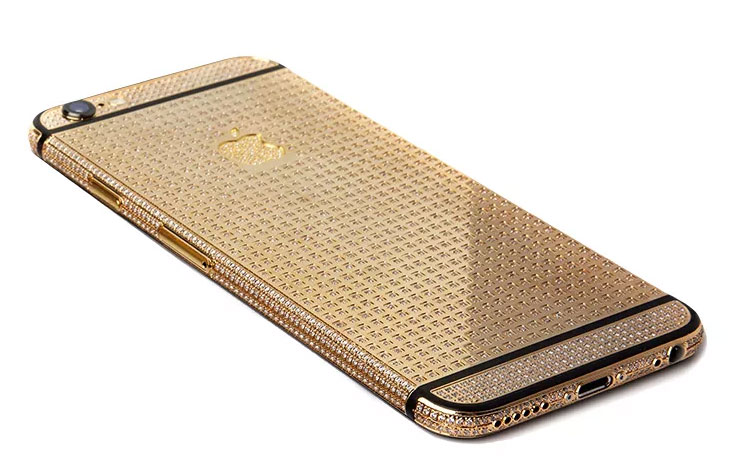 Apple iPhone 6 in 24k Gold with Diamonds by Goldgenie
$13,495 via Moda Operandi 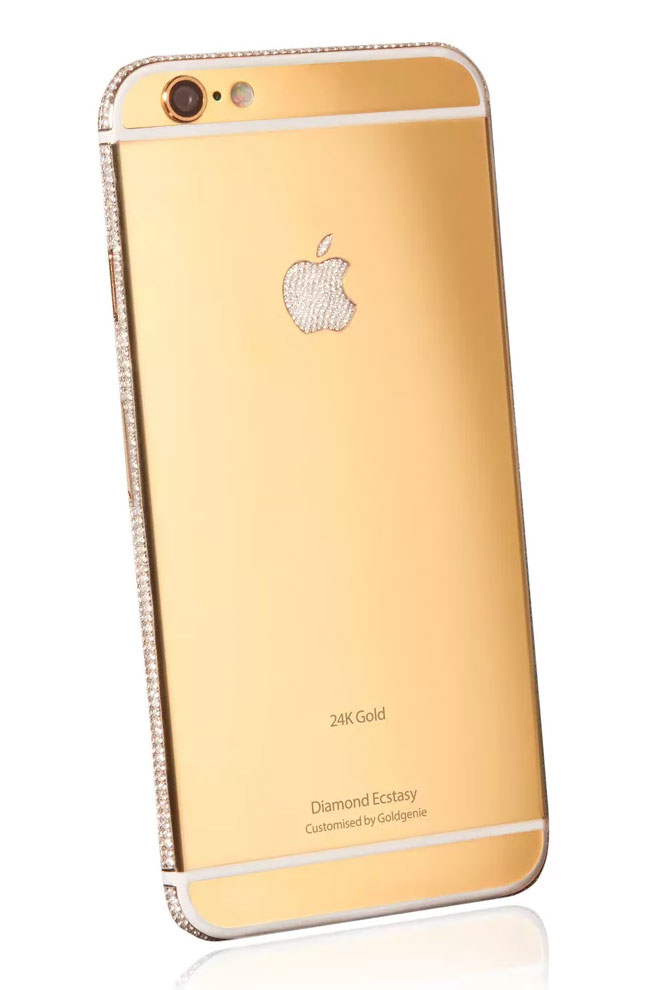 Apple iPhone 6 in Platinum and Mother of Pearl by Goldgenie
$4,435 via Moda Operandi 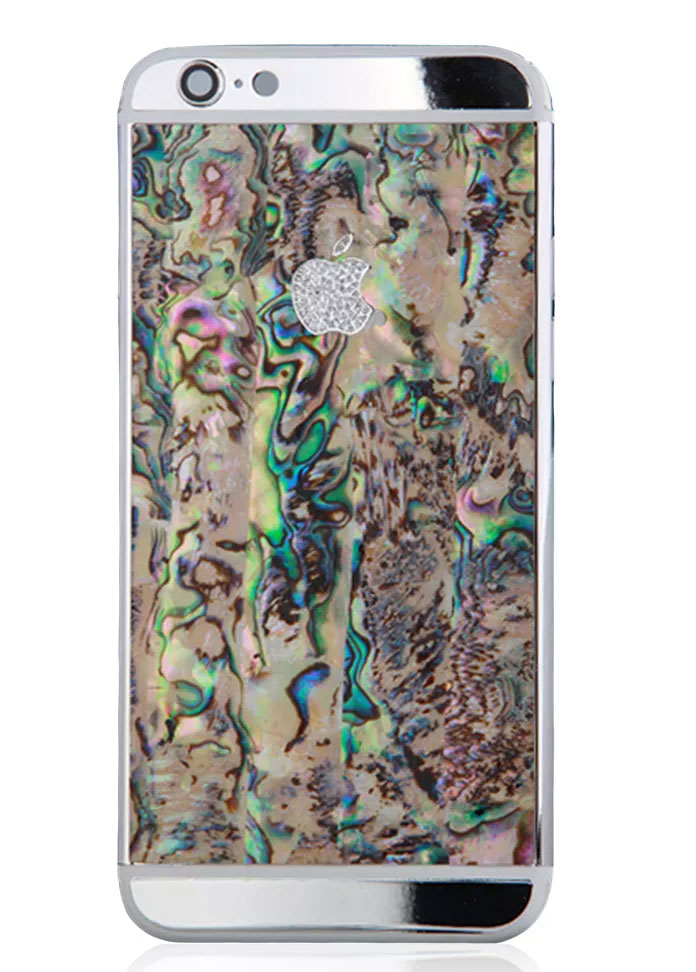 Applie iPhone 6 Plus Elite in Rose Gold by Goldgenie
$4,675 via Moda Operandi 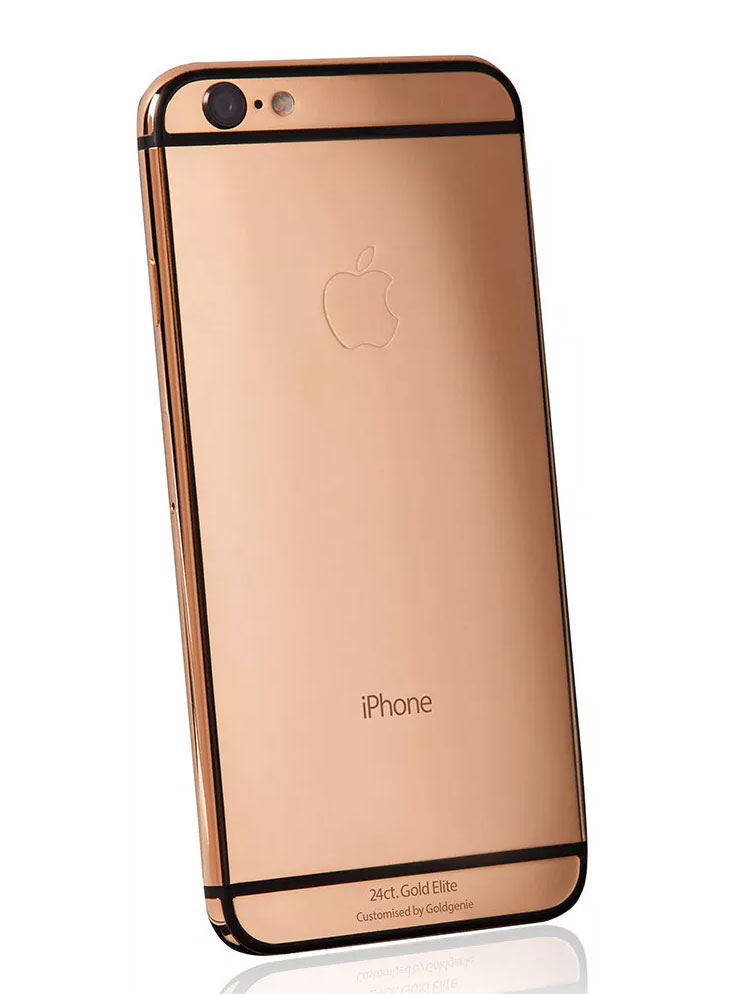 Apple Watch in Platinum with Diamonds, 42mm, by Brikk
$50,000 via Moda Operandi 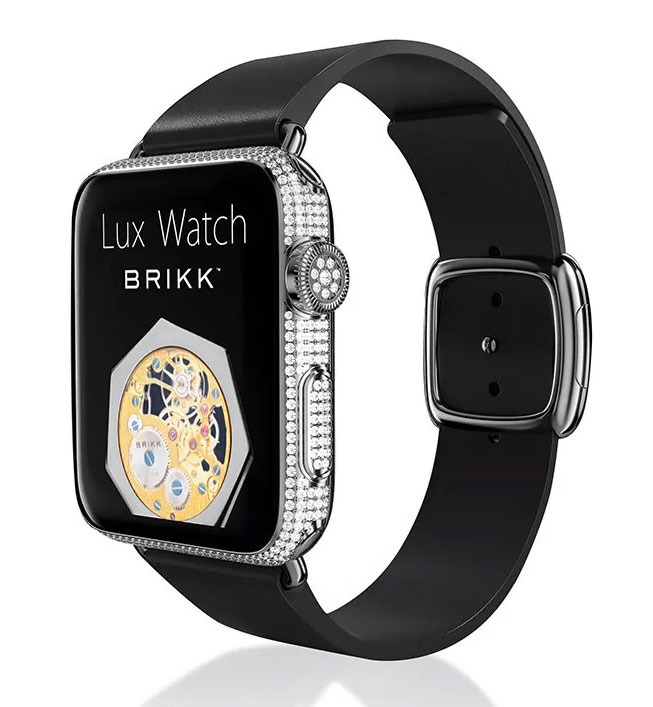 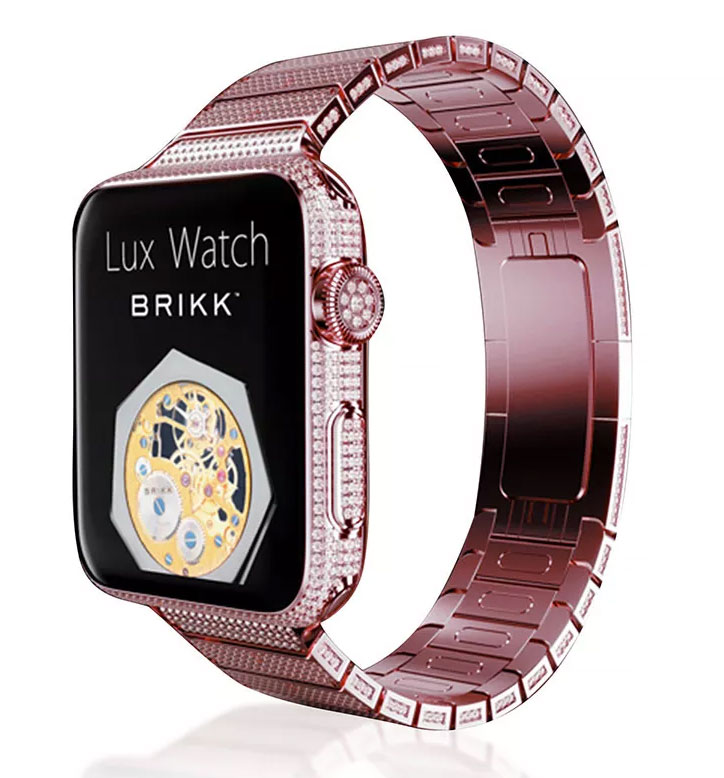 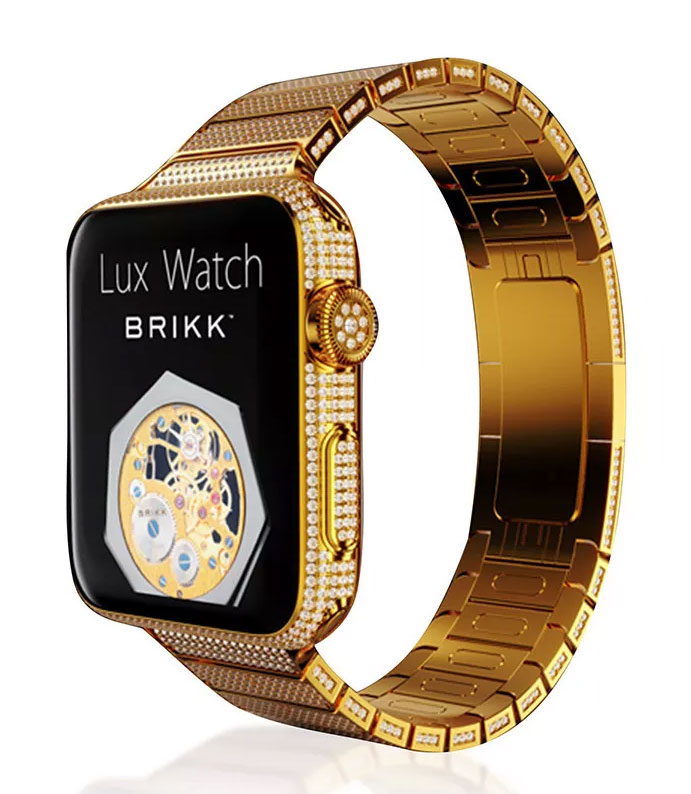 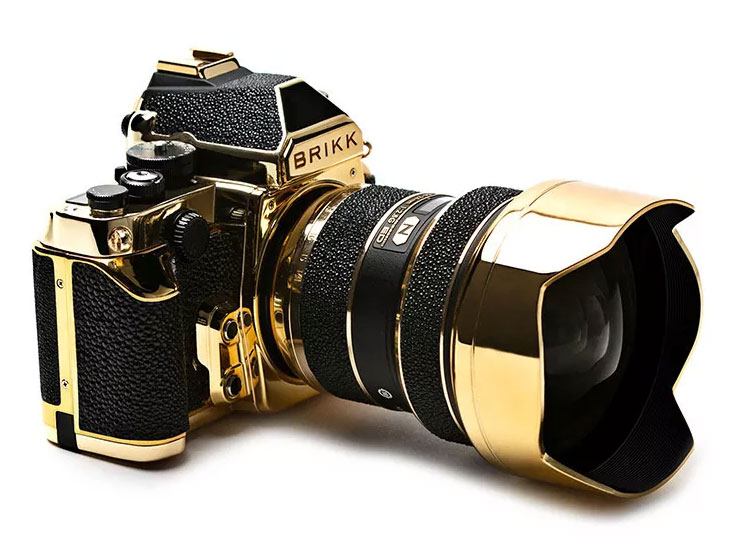 Nice jewelry, but quite expensive. I am sure you can find some interesting pieces on my daily fashion blog – http://www.missfashiondeals.com/jewelry

What a complete waste of money.

This is just nuts!

Not one of these things appeal to me. This is a lot of money wasted on something that will be obsolete in 6 months simply because technology changes so quickly. These are idiotic purchases for people who either need to feel important or have money to waste.