In Case You Missed It    Rebecca Minkoff

What does it say about the direction of the industry?
3 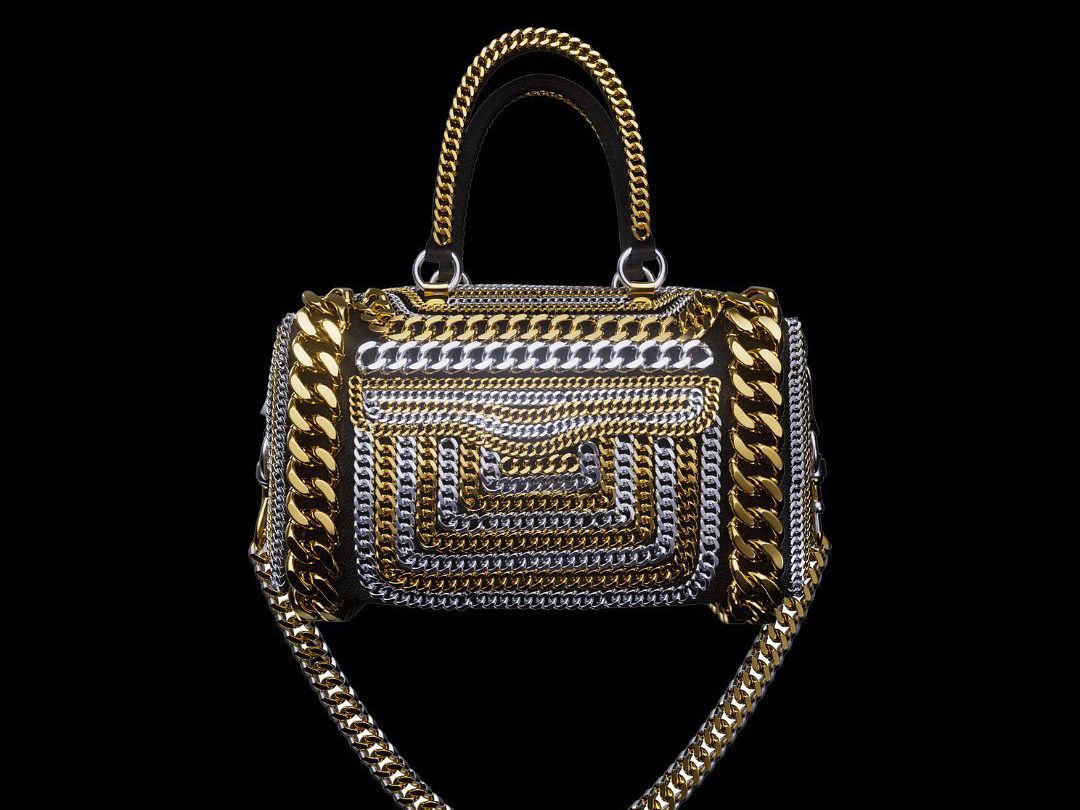 Named after a Greek word meaning inherent power or force, “The Dunamis” collection featured four NYC-meets-Greco-inspired looks all named after the most famous Greek goddesses: Venus, Aphrodite, Athena, and Persephone. Two handbags stood out in particular because they were classics updated with an ultra-futuristic twist.

The first bag came from the Athena look; It was a Morning After Bag covered in gold and silver diamond-cut chains. The second was her Jullian bag completely adorned in crystal quartz.

Some NFTs from the collection sold for as much as $600 and further raised questions about brands’ ability and willingness to turn toward the future.

A New Era of Digital Design

Minkoff is one of a few designers who’ve participated in cyber events that host 3D runway shows. Other brands like Alexander McQueen and MCM have already released digital blockchain collections with their designs displayed on avatars. Along with the live-streamed workshops and panel discussions, these events are much like any traditional fashion event, except designers have the chance to show work created without the limitations of time and space. Their ideas can truly come to life.

Still, anything done in the Metaverse is a confusing concept for many. In reality, it’s a niche market with a lot of buying power, and Crypto Fashion Week came about in response to peoples’ rising interest in this tech. 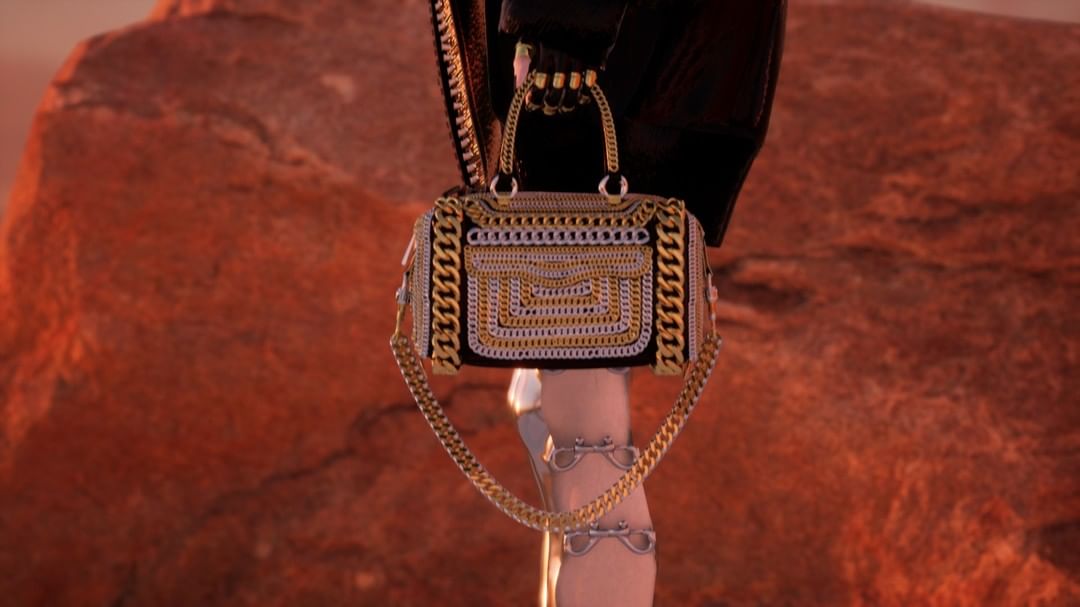 Simply put, NFTs (non-fungible tokens) and cryptocurrency are digital assets. They both can be traded and sold but have a couple of key differences:

If you think of cryptocurrency as digital currency, consider NFTs as rare collectible trading cards. They’re valuable because they were released in limited quantities and mark a specific point in the creator or subject’s timeline. Acquiring an NFT doesn’t mean you own the creator’s intellectual property, just that you get to have a rare “collector’s edition” of the asset.

The whole thing can sound absurd, but keep in mind that some NFTs have sold for more than $3.5 million at Sotheby’s. It’s becoming big business.

Fashion, like art or wine, is considered a commodity. It’s often sold in high-profile sales and is revered by many cultural institutions, making it valuable in the eyes of many. It’s also inherently experimental, making the market an alluring place for designers like Minkoff to test innovative concepts and engage with a different type of consumer. Brands want to associate their names with “the next big thing.”

Serious supporters of these new assets, whether that be artists, designers, sales reps, or collectors themselves, do so because they want to be at the forefront of innovation.

It’s Neat, But is It Really The Future of Fashion?

Does digital fashion actually have a chance of succeeding? Well…Maybe. Who knows. It really all depends on how you look at it.

Many argue that these NFT things are just a scam and that digital art of any kind doesn’t really have any lasting cultural relevance. Or they simply just don’t see the point of purchasing fashion that they can’t actually wear. They’re both valid criticisms, but one could argue that haute couture collectors don’t actually wear their collection pieces either. And for many diehard enthusiasts of something, simply owning the thing is enough. Not to mention the fact that the tech used to make them makes it culturally relevant.

Now I can’t say that I’m ready to place a bid myself, but I’m curious to see where the industry will go from here.

What do you think?

(Also, would getting a handbag NFT count as adding a bag to your collection?)

Thank you for your article on this, Alejandra.

My personal feelings towards NFTs, in general, are less than favorable. While I am not discounting the application of NFTs as a whole, the entire industry at the moment is ripe with scams, manipulation, rug pulls, false scarcity, and copyright violations while riding the hype train amidst all the “Metaverse” publicity.

Hilariously, nobody has a concrete clue what this dubious Metaverse will look like, how it will integrate into our daily lives, and how it will be accessed. Meta’s idea of a Metaverse will vastly differ from the one implemented by Google, which will vastly differ from the one offered by Apple. To believe that there will be one uniform cyber realm in which we’ll all happily immerse ourselves is unrealistic.

I understand why various fashion brands are looking to trailblaze into this unknown, yet-undefined realm. You want history to regard you as the pioneer in the Metaspace and providing digital gizmos that count as virtual accessories are one way to do so.

I am not discounting the human desire for immersive escapism, but the way in which crypto and NFTs are being heralded as the thing that will drive commerce and experience forward in the near future is just cringey to me.

If anyone is interested in leaning into the topic of NFTs further, I highly recommend taking the time and watching the excellent lengthy documentary on NFTs called Line Goes Up which was published by “Folding Ideas” on YouTube in January:

Why would anyone buy a bag that isn’t tangible? Is the purpose to buy the design, input the design into a 3D scanner which could then make a bag out of plastic, or some other material? Or, am I simply buying a picture of a futuristic looking bag or RTW? I don’t understand this entire concept. 🤷‍♀️

This stuff is all wild to me. Very thought provoking piece Alejandra. I am SO not there [yet?] in terms of “investing” in these things but it’s certainly an interesting discussion since, like it or not, it’s happening.