Real Talk: I Don’t Ever Want to Own an Hermès Birkin 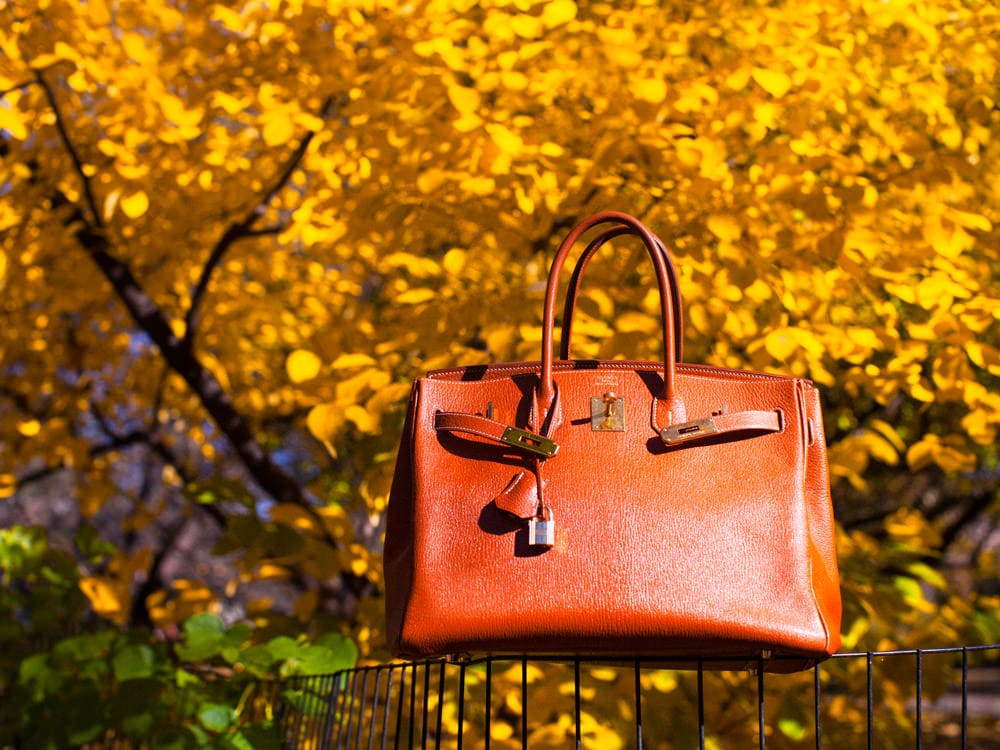 I’ve loved bags for as long as I can remember. When I was a kid I lusted after one bag and one bag alone: a Louis Vuitton Speedy. On a family trip for spring break during my senior year of high school I finally got one. I remember walking through the streets of Aruba, brown shopping bag in tow, grinning from ear to ear after having just visited the Louis Vuitton boutique. I couldn’t wait to return to school after the break with a brand new bag in the crook of my arm. It was gifted to me by parents as my graduation gift, and in hindsight I should probably call them up right now and thank them again. I’m pretty sure it was the most money my mother had ever spent on a single material item—not only on me, but also on herself. She didn’t understand it, but she understood me. I wanted it so bad and as a parent she wanted to make me happy, and I can assure you, happy I was. At the time it was my holy grail bag, and though I don’t use it very often I’ll never part ways with it.

Over the last ten years my style has changed immensely and though the bags I lust for have changed too, two things remain the same: my love for bags and my adamant promise to myself that I will never own an Hermès Birkin. An Hermès Birkin is the ultimate holy grail bag for many people, but it isn’t that for me. Before you call me crazy and wonder how on earth I could possibly love bags as much as I do and not want a Birkin hear me out.

I grew up in the suburbs of New York City, just outside of the hustle and bustle on Long Island little old me blossomed into the handbag-loving adult that I am today. I grew up in a town that was pretty much made up of upper-middle class families. Many girls in my middle school carried Coach backpacks but some lucky ones had Prada or Louis Vuitton, and while I lived comfortably as a child my parents definitely told me ‘no’ plenty of times. Side note: thank you, mom and dad! I didn’t get things just because I wanted them and I watched my mom clip coupons before we went to the grocery store. We were well off enough that I never worried about money as a kid, and it wasn’t until I was much older that I even realized most of America didn’t live the way we did. Even still, I knew that there were families in our town, and in the surrounding towns of Long Island that were much more well off than we were. Parts of Long Island are super-affluent, and growing up there most definitely influenced my love for the fashion industry and my innate need to be part of it.

Trips to NYC as a kid as well as weekends at our local mall showed me that I wanted more than the sale rack at Macy’s. It was as if a world of luxury was right there within reach, but I just couldn’t quite grasp it. Even as a child I felt a sense of guilt at always wanting more. My parents gave me everything I could have ever needed as a kid. I had a roof over my head in a modest, but beautiful home, food on the table and new shoes for school every year, so why was what I had never enough? From a young age I always wanted more. The bigger the better, and when I got one thing I wanted I would move on to something else. My mother would often tell me that I was never satisfied, and in a lot of ways she was right.

As I grew up I certainly began to appreciate what I was given as a child and what I earned for myself as an adult much more. These days I’ve become much more conscious of my spending and even though I’m always in the market for something shiny and new I’m much more down to earth than I used to be and my luxury tastes certainly have a limit. For many handbag lovers an Hermès Birkin is the ultimate goal, but for me it’s something that I just can’t justify, but also I simply don’t want. I spent my earlier years wanting more and more to not only feel like I fit in, but to feel better about myself. I’ve gotten to a place where I’m happy with what I have and who I am. While I can appreciate the incredibly quality and craftsmanship of a beautiful new Birkin, owning one myself not only feels like an unnecessary status symbol, but it also feels too much like losing sight of where I came from.