PurseBlog Asks: Is Saint Laurent’s Gun Clutch Over the Line? 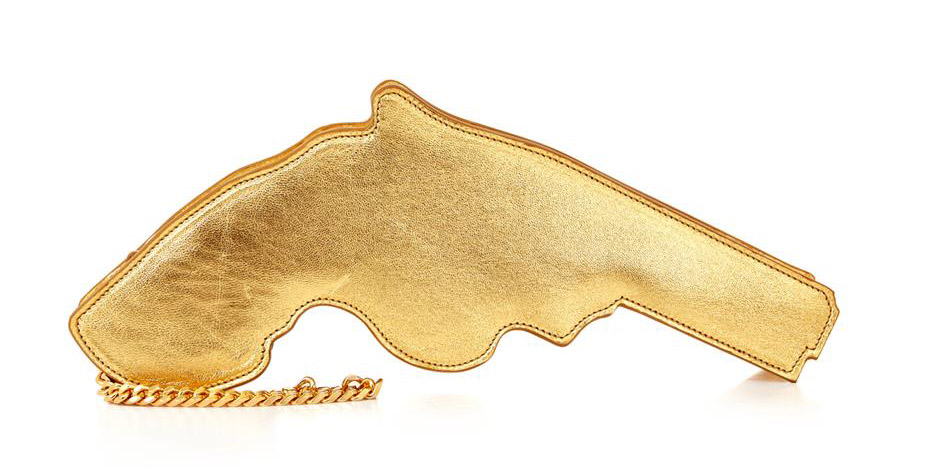 Fashion is like any other form of creative expression: an opportunity to be publicly clever or publicly inane, depending on your natural predilection. Saint Laurent’s Hedi Slimane generally chooses the latter, even if he makes some damn fine Chelsea boots, and he’s at it again with the Saint Laurent Metallic Gun Clutch.

I imagine that reactions to this clutch will vary widely from person to person, dependent upon an individual’s views on both Hedi Slimane and firearm culture in general. My initial reaction was an eye-roll; Hedi being Hedi, crash-landing into a contentious topic in a decidedly un-artful way.

Slimane likely meant the clutch to coordinate with some western-themed items in his fall collection, including stiletto cowboy boots, but fashion items aren’t sold as part of a dress-up costume with built-in context. Further, Slimane lives in LA and is undoubtedly aware of the raised hackles on both sides of the debate over guns in the US.

Designers are free to make whatever kind of political (or apolitical, as I suspect this is) statements that they wish, of course, but I wish this Saint Laurent piece was simply more attractive, either way.

If you think this clutch is just fine how it is, pick one up for yourself via MATCHESFASHION.COM for $1,098.