PurseBlog Asks: What Bag or Trend Would You Like to See Make a Comeback? 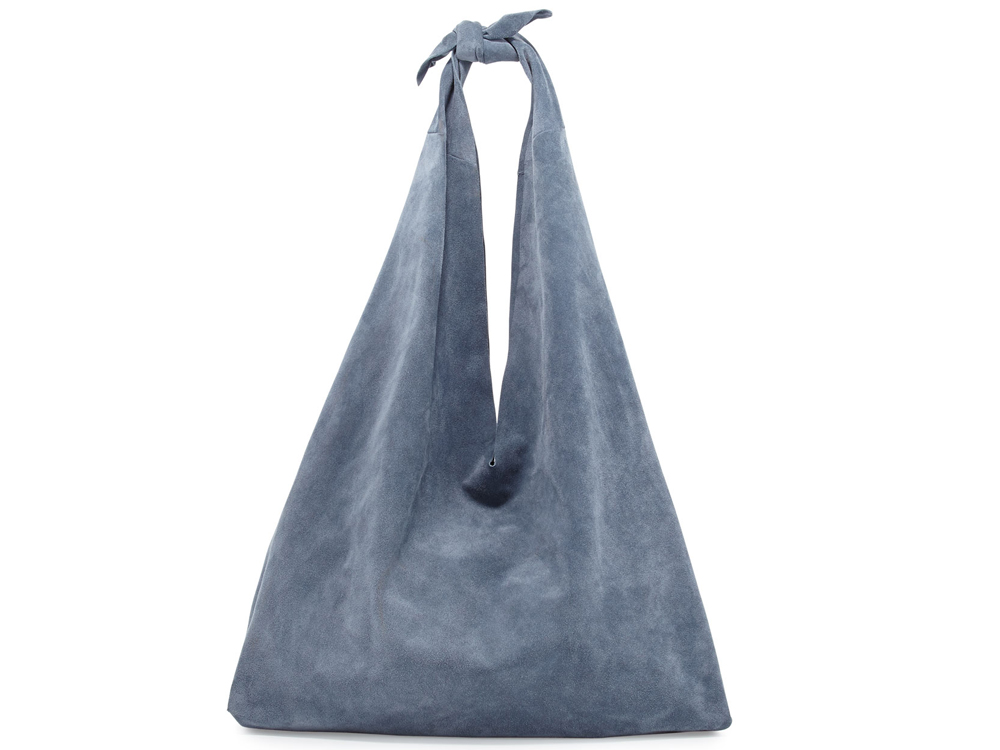 When I first became interested in handbags, hobos were huge. I mean that both literally and figuratively; not only was the style super popular, but the most popular versions were enormous. A recent wave of hobos from The Row harkens back to those days (The Olsen twins were, of course, infamous for carrying bags big enough to live in during those years), and it has me feeling pleasantly nostalgic for the mid-2000s.

There’s a lot from that era that needs to stay in the past: low-rise jeans, track suits with things written across the butt, barrel-curled hair extensions. Huge hobos are, arguably, on that list. For one thing, they’re black holes made portable, with the ability to gobble up and hide forever anything you put inside. If that’s your stance, I get it. I just don’t agree.

Hobos are great casual bags, and with the right minimalist rendering from a brand like The Row or Céline, they might even feel fresh again. After all, we’ve all see enough bucket bags, saddle bags, micro bags and wannabe Birkins to last us a while; the time feels right for a new structure to ascend. If a brand can come through with exactly the right version to capture the hearts and minds of the public, at least. That The Row seems committed to hobos is good news for people like me, though; the brand was way ahead of the curve on that whole backpack thing.

So, really, I guess I have two questions for you today: do you want more hobos in your life, and if not, which bag thing needs to make a return post-haste?

I miss true top handle bags before it became “chic” for these bags to hang on ones shoulder i mean the days when the Kelly the Speedy the alma were made to fit on the hand and arm. the shoulder strap was an option for times of need but not the defined structure so i think the Hobo does have a chance since so many bags now including Birkin shape imitations like the Diorama or the saint Laurent versión actualy have shoulder straps. so i welcome the rise of the hobo again !! maybe Gucci will make the one bag i always wanted and never actually got the horsebit all leather super size !

Hobos will never look fresh again, nor were they ever an attractive silhouette.

What purse trend would I like to see return? I guess, just well-made bags that are actually worth their price.

I didn’t realise hobos were out…LV makes a lot of money selling hobo style bags to avid fans. I still carry my brightly coloured mulberry ones on occasion. I love the ease of use and the lack of fuss. To me any good sized bag is a potential black hole.

I would like to see the “trend” of purses priced more reasonably. I feel like they are all ridiculously expensive at this point. Even the Row bag shown here is $2K and it’s a few pieces of suede stitched together.

LOVE hobos! My favorite, a Pure Collection hobo actually is not a black hole – it’s somewhat structured and it has great pockets inside. And yes, I need at least one more hobo in my life. Well, want. Not need. But I love the way a hobo is easy to carry and never looks out of place.

I actually like hobos, esp. single strap, but I have become spoiled by cross body’s. Who could not like the Bottega Veneta cervo hobo – buttery leather and exquisite construction. it is like carrying a pillow…

I loved the “hardsided clutch as a day bag” trend LOL!! Remember when the kardashians and other celebs carried nothing but the Bottega knot clutches everywhere they went? Lmao I hope to see that come back!

I have a Bottega Veneta hobo and I love it! I love hobo bags, so long as they’re quality leather, otherwise they look cheap.

Isn’t the Falabella a hobo? Both basically make you feel as though your stuff is in a trash bag.

So true. The Falabella is one of the ugliest bags I’ve ever seen. A trash bag with chains is the best way to describe it.

flat hobo all my life, they are practical beautiful, easy to wear 🙂

Simple designs that do one thing. They are either hand carried or shoulder carried. No more long dangling messy looking shoulder straps ruining the look of a lovely bag.