Longchamp Has Sold, on Average, More Than 1 Million Le Pliage Totes a Year for Over Two Decades 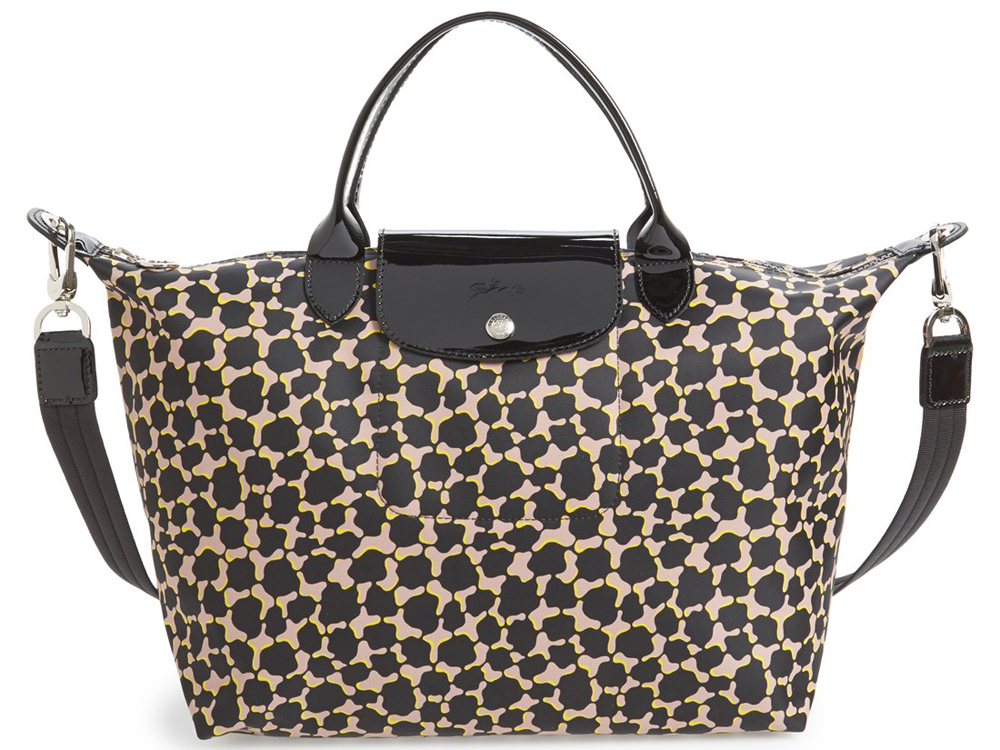 Yesterday, Racked writer Chavie Lieber took a deep dive into the history of a bag most of us have probably had in our closets at one time or another: the Longchamp Le Pliage Tote. If it feels like the simple, functional Le Pliage has been unfalteringly popular with everyone you know for years, you’re right: they’re everywhere, but in a very careful way.

In the 23 years since the bag’s 1993 debut, Lieber reports that Longchamp has sold more than 32 million of the distinctive nylon totes and duffels that bear the Le Pliage name, averaging out to nearly a million and a half per year. Recent numbers are even more impressive; Longchamp CEO Jean Cassegrain told Women’s Wear Daily in 2008 that the brand’s then-current manufacturing rate put it at more than 2.5 million bags produced per year.

Even if you’re personally tired of the bags, it’s not hard to identify the broad appeal that keeps customers coming back. The bags are incredibly lightweight and durable, which makes them excellent travel companions and school or work bags. Lieber also reports that Longchamp, which is still family-owned, tries to make sure things stay reigned in so as not to obliterate the bags’ appeal: Longchamp still makes most of its products in France and often collaborates with fashion-forward brands and artists to maintain the bag’s fashion cred, and shoppers don’t often see the design discounted. (Longchamp, unlike most sizable contemporary brands, only has two US outlet stores.)

With all that in mind, though, the sales numbers are still staggering. It’s rare for a global pop star to sell more than a million copies of a brand new, $12 album these days, but Longchamp fans just keep coming back from more, year after year, with no slowdown in sight. How many do you have in your closet?

You can read Lieber’s entire in-depth look at Longchamp’s history via Racked (Megs is quoted!) or, if you’re feeling inspired, shop Longchamp bags via Nordstrom.

Yes – I bought one in Paris as I was short on luggage on my way back. While it’s not a bag I actually wear, it is very useful for a quick trip, or “in case I need more luggage” bag.

It might not be the most stylish bag, but it is incredibly functional. I use mine as a workbag and it holds up amazingly well for as hard on it as I am. It is also a great travel partner. You can even have an additional one folded up “just in case.” I love their versatility and usefulness!

I am on my fourth La Pliage. They have become a classic. Not only are they functional and durable, I think they are stylish. When I travel I put all my essentials in the tote and then use my Chanel WOC for passport, credit cards, cash and cellphone. Last year, I bought my high school-bound niece her first LaPliage.

I don’t think they look particularly good, but I do own seven of them, because they’re so frickin’ useful (three large LPs, one medium, and three large neo/planetes) and I use them all the time.

My mom and aunt have around 15-20 Le Pliage totes between them (all bought by me.) They love these bags because they’re lightweight, easy to maintain and come in many colors. Fortunately, my mom and aunt aren’t really into brands and these Longchamp bags are affordable. 🙂

My first “designer” bag! Definitely makes me nostalgic. I could never get tired of seeing them because they remind me of how excited I was to get mine. I still use it sometimes.

Go Longchamp! No more than a day ago I was in the shop, taking a look at LP Néo. I’m pondering between the Small Cuir and the Small Néo. The way my head works, I’ll probably end up with both of them! 😀

Currently my magic number is 7 Le Pliages. I also have a LP Néo clutch, LP clutch and a coin purse.
There’s no other bag that delivers on all fronts: Le Pliage is stylish, durable, weather proof, comfy, light, compact when folded and travels very well. You can stuff it to the brim and it won’t complain.

The customization is a nice way to get something special and unique, I have a custom Large size and will probably get myself an XL for my birthday. Or a leather LP coin purse. The Lp Cuir line is divine, I love my Medium size that’s taken a lot of abuse and it still looks like new.
Longchamp repair service is also great – last summer I had my now 10 year old custom LP’s corners fixed and it was free of charge. They do it for free once for each bag. I also had the inside pocket fixed and a friend of mine sent hers in for a zipper change. The prices are extremely reasonable!