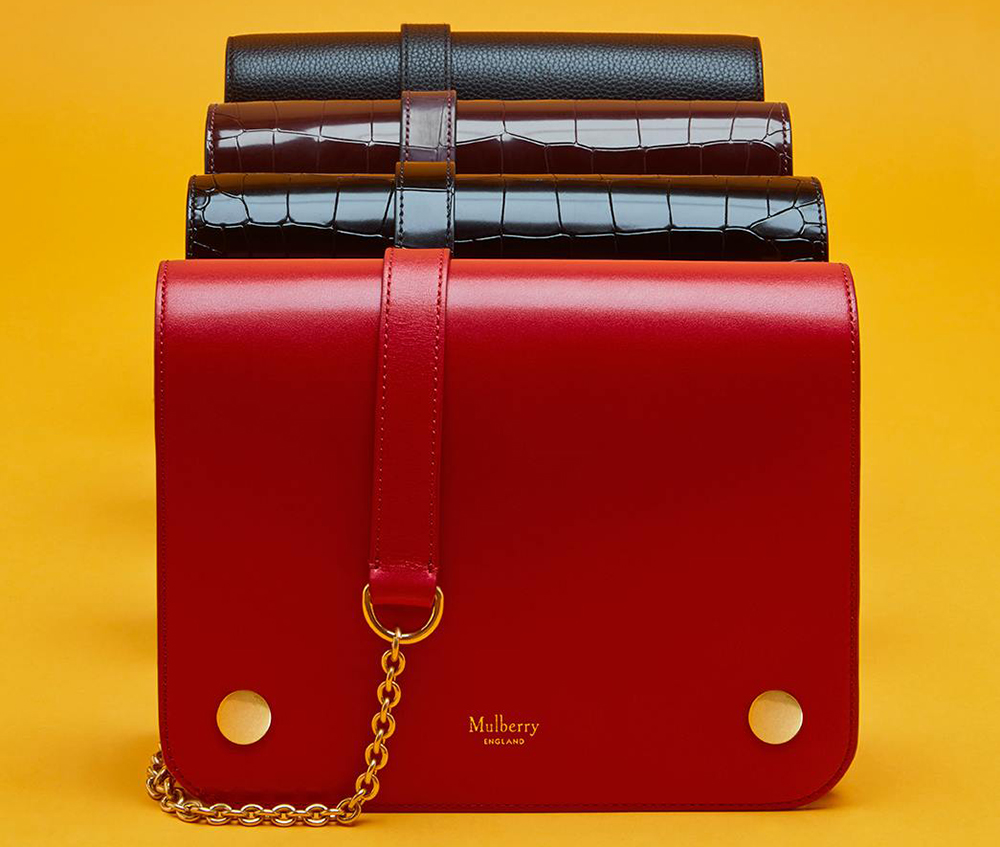 First, let’s cut to the chase and answer the question in the headline: Yes. Not only was poaching Céline‘s head of accessories the sort of buzz-worthy move Mulberry needed in order to bring some positive attention to the ailing brand, but the designer brought considerable handbag chops with him. Coca’s first set of Mulberry runway bags, which debuted over the weekend in London, are, in many ways, exactly what the brand needed to distract both the industry’s chattering class and the brand’s shoppers from the uncertainty of the past few years.

There’s a lot of the most wearable parts of Céline in these bags, but unlike so many brands who have simply tried to recreate the magic of its luxurious, woman-focused minimalism, Mulberry went out and hired the man who pioneered that look in Céline’s bags, shoes, sunglasses, jewelry and small accessories. It’s a move that’s paid off, and if these bags eventually sell at a price point that’s more in line with Mulberry’s prices before the company hired a CEO from Hermès, prices skyrocketed and everything went sideways, I can see a lot of fans returning to the brand, as well as new customers shopping Mulberry for the first time.

Below, we’ve assembled all the images we could find of the collection. The runway bags are the most ambitious of the lot, of course, and the off-runway pieces (some of which will be available for pre-order shortly) strike a note somewhere between everyday charm and serious fashion that’s perfect for the current accessories market. 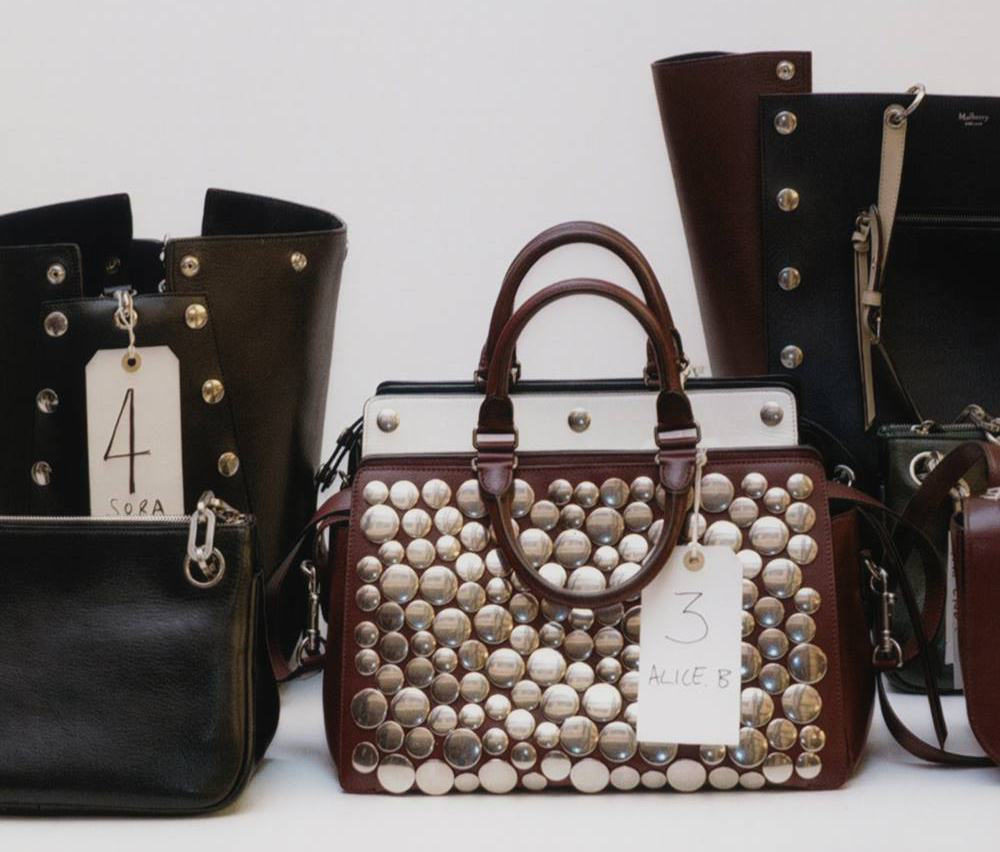 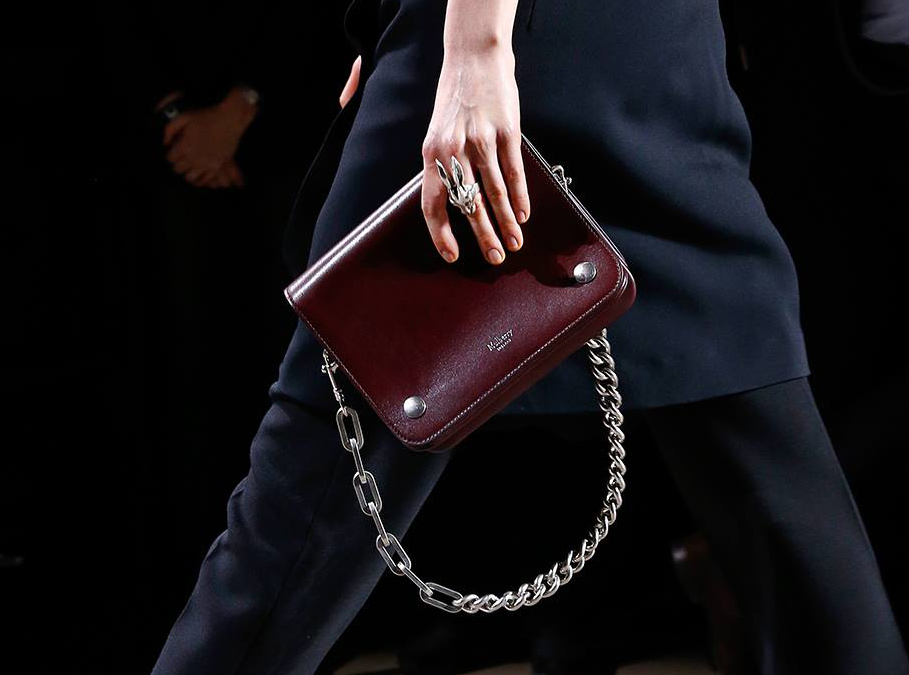 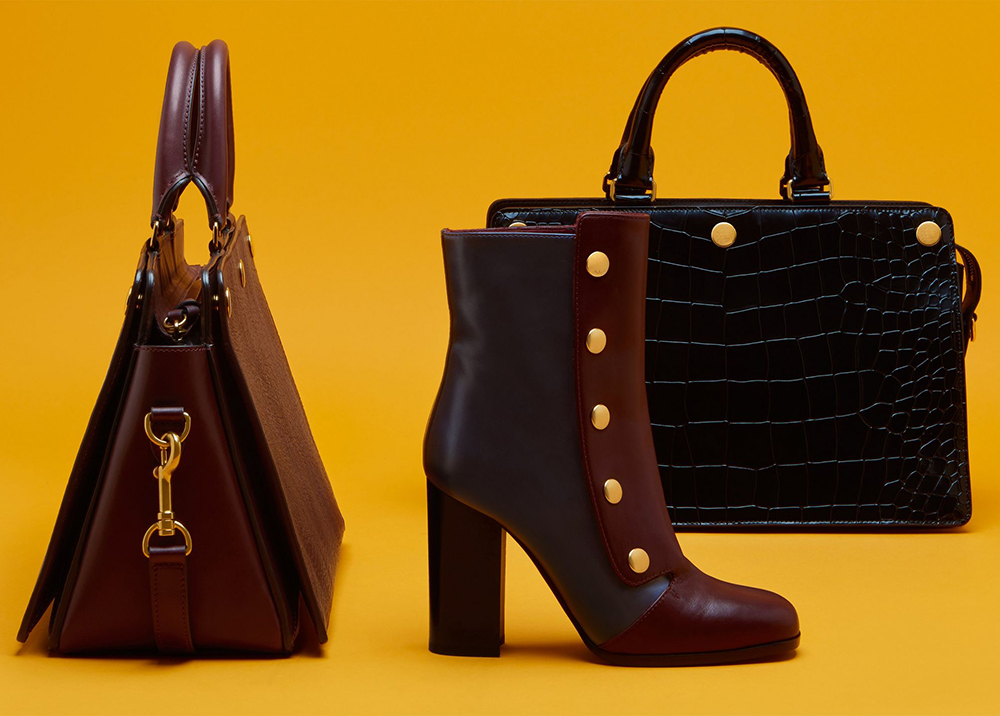 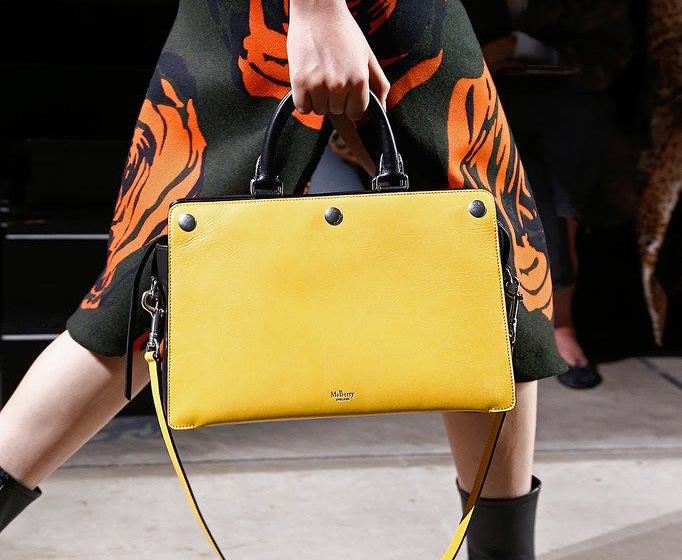 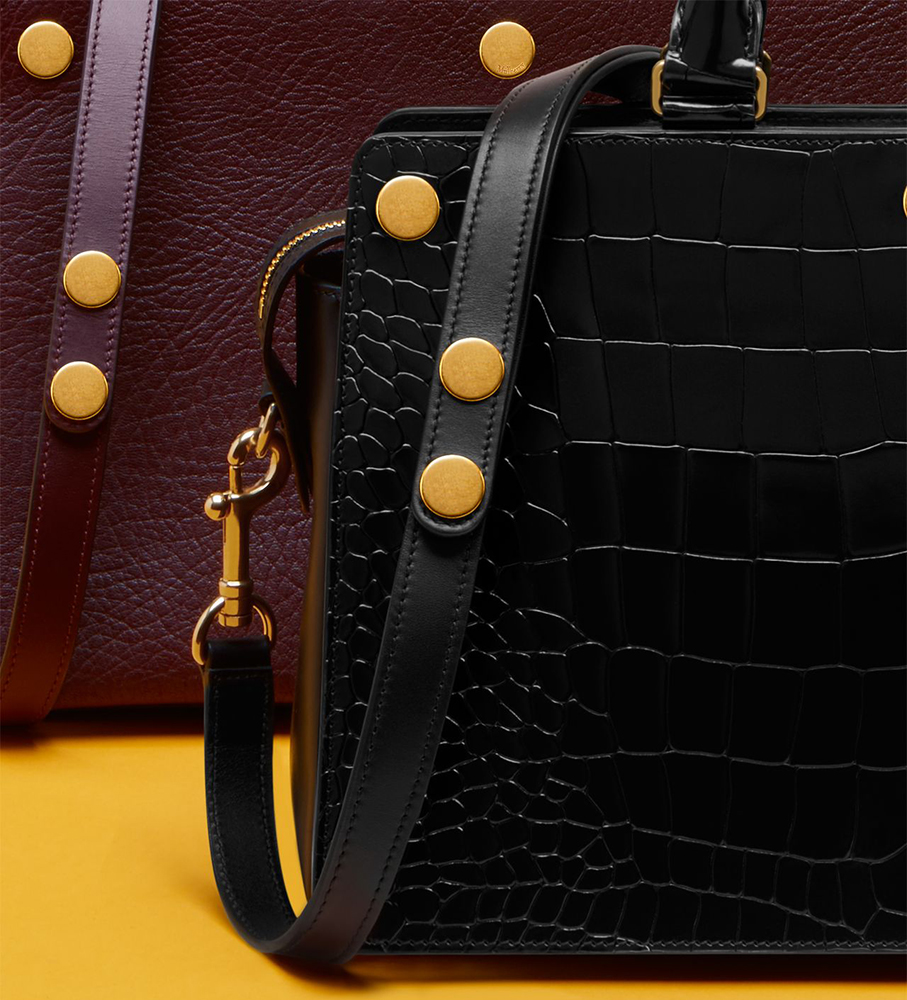 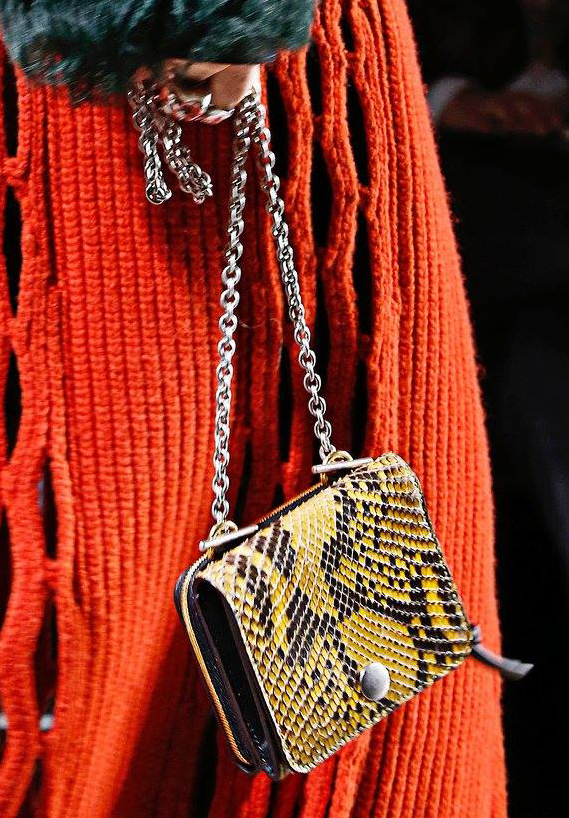 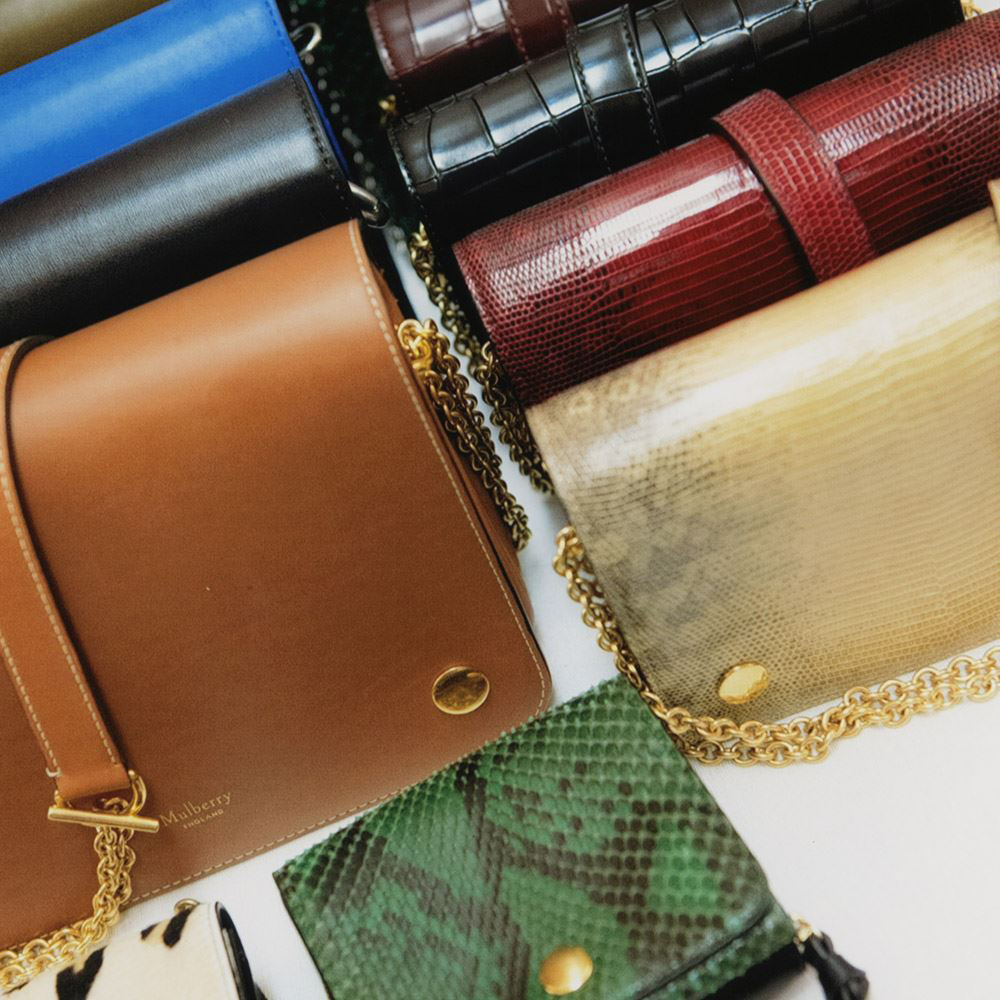 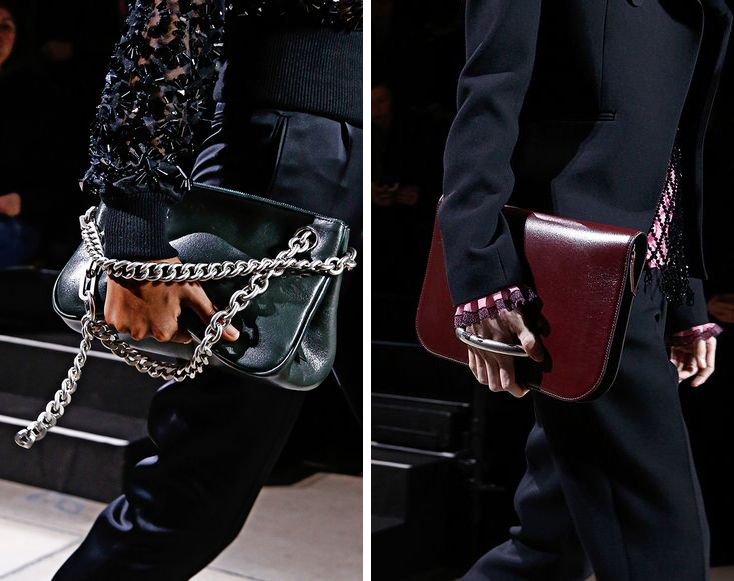 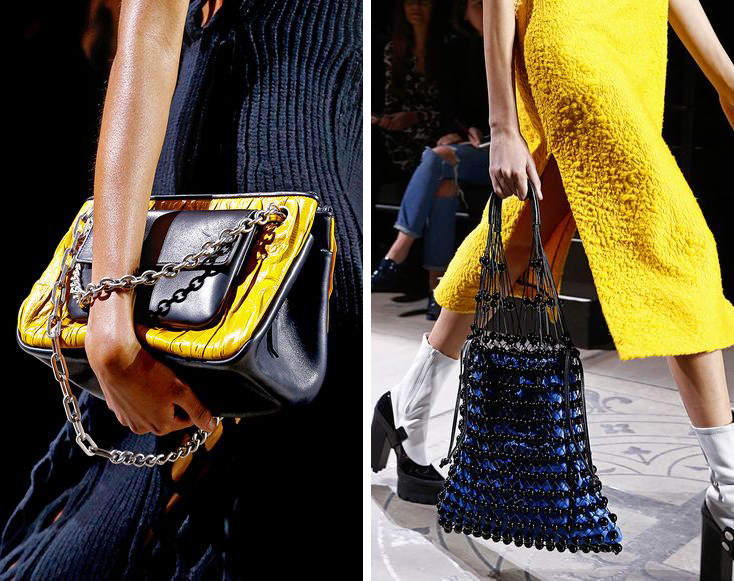 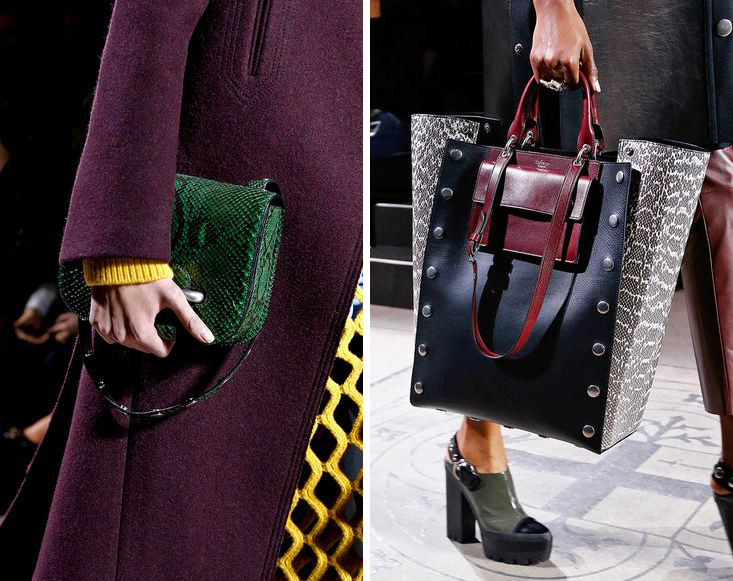 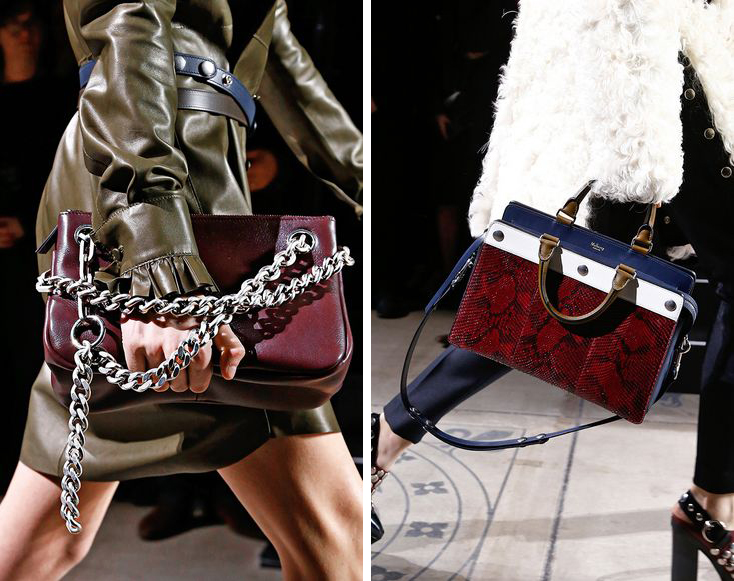 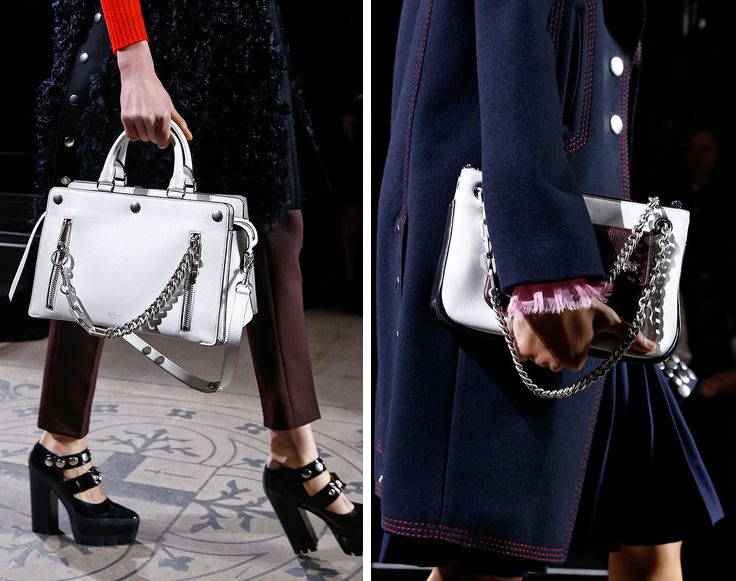 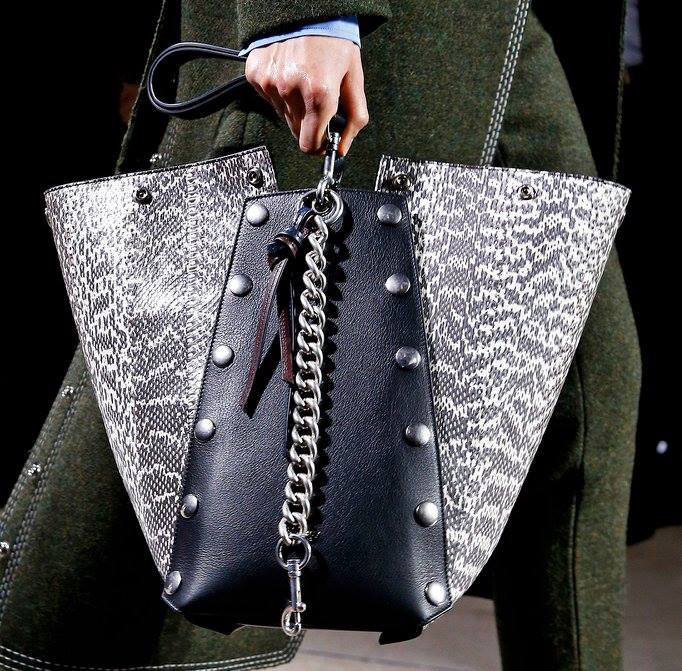 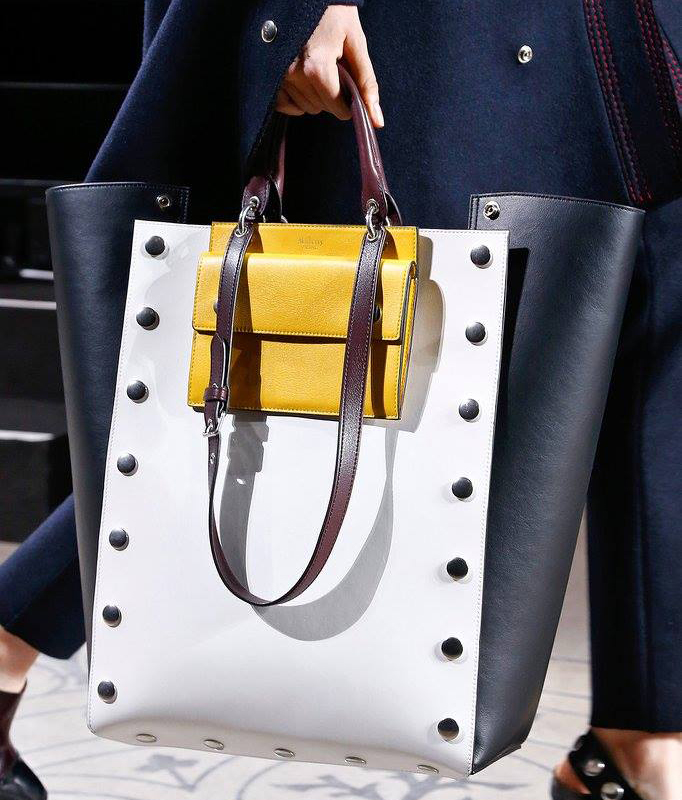 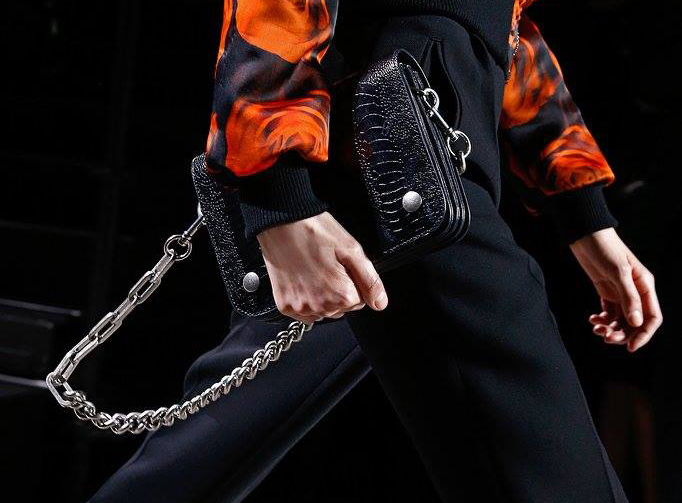 I’m a longtime fan of Mulberry (until prices went crazy) and very excited to see some new looks for the brand. I’d love to see those heavy chains added to the classic Bayswater to create visual interest and a shoulder strap.

I still love my old Mulberries – but stopped buying circa ‘DelRey’. I like quite a lot of these.

Oh look. Celine bags with a mulberry stamp on them. Excellent job poaching the designer, he’s full of so many original ideas

0
Reply
Amazona
Reply to  No

Oh yes, so true! For example, I learned on the Mully sub (where the conversation on this topic is really interesting), that the bag in slide 4 is basically a Céline Trio with a flap on it. Also, the gold foil stamping is SO not Mulberry and SO Céline!

10? 14? 15? I for one am not feeling the love.
Seems like another design mash-up hoping one of them will hit the mark.

I would consider myself a huge Mulberry devotee, but this collection might change it. In general, I am not a fan of silver hardware, except it is understated. The chains are way too massive and there is too much going on in every bag. What a disappointment.

Totally agree re: chains. Ever since I bought (and subsequently sold) a Stella Falabella bag, I’ve always kept chains at bay.

I need Slide 4 in my life!! These bags are definitely reminiscent of Celine but I think it’s a step in the right direction for Mulberry.

I love the ones with the very clean lines that aren’t particularly ornamented (yes, they look kind of Celine-y, but that’s a good thing, in my opinion. And they look Celine-y without looking like any bag Celine sells, so I’d be happy to buy these!).

The bags look very clean and well put-together. I’d have to know the prices, however, before making any purchase decisions. Agree with kindled — there is a flavor of Celine but they don’t look like copies, at least IMO.

The look of the bags are very Celine x Fendi. I find the placement of the new fond/logo screams Celine, and that one bag up there is very Dotcom bag. That said, the bag that most resembles the Fendi Dotcom bag seems the most functional and the only one that really caught my interest. The rectangular tote bag is interesting…ly weird. The wallet-type thing seems to be one of those things that you’d use often but for some reason, I kind of cringe at it’s placement. I think people would find it more appealing overall if the bag’s length and width dimensions were flipped. Long tote bags never work well for the standard arm length IMO…

Wth is this? Celine? Chloe? AW? I’ve spent most of my life around Mulberry, and not one thing about these bags scream “MULBERRY!” to me. There’s nothing classically British or casually stylish about them. Those bags are demanding, you don’t just put on your favorite jeans, booties and a poncho to carry something like that. You really can’t do relaxed, casual bohemian with a bag like that on your arm.
Where are the soft leathers, easy designs and postman’s locks?! I was just looking through the local Mully fan club Facebook and in the “I want to buy” gallery, there were 94 bags&wallets with 86 of them being styles that feature a postman’s lock.
There’s zero appeal, the weeird and boxy things don’t evoke one bit of warm, fuzzy feelings or the will to buy – not even if they sold them for the price point Mully was at 5 years ago.
The only good thing about Coca’s coolection is the logo that’s gone back to the original font.

Well said. I was interested in what Coca would bring, and I hope it is good for sales of this great brand, but it’s not the perfect luxury-casual-chic look anymore, at least with this first offering.

Looks a lot like Celine…and in fact, I would rather buy Celine.