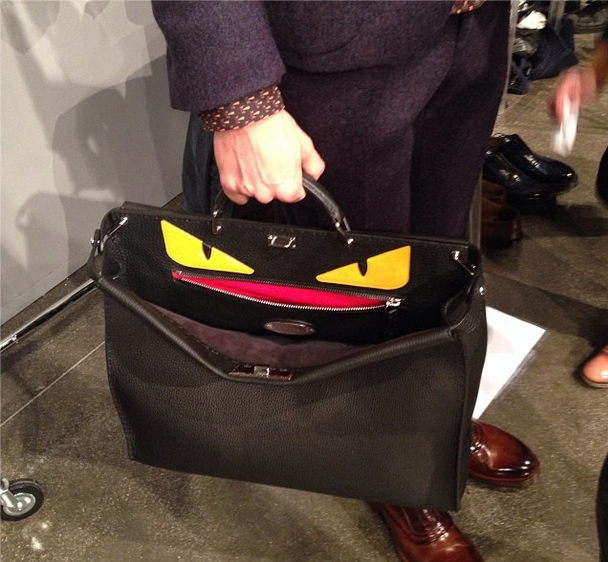 The men’s versions of Fashion Week never get nearly as much attention as the women’s do, but there are still exciting details to find within the menswear collections, even if bags are your main concern. After yesterday’s Fendi Men’s Fall 2014 show, several images of a very particular bag popped up: the Fendi Men’s Peekaboo, this one (captured by Tamu McPherson of All The Pretty Birds on Instagram) with the ever-popular monster facade that’s gained Fendi so much accessories traction in the past six months.

That the Peekaboo has had a resurgence at all is surprising; its debut wasn’t all that long ago, and it lived a perfectly normal life cycle as a popular bag, with its visibility tapering off as Fendi introduced the Chameleon and Silvana bags. It was reintroduced without much fanfare last season after never totally being retired, and now the bag, along with the 2Jours, is Fendi’s marquee handbag shape. It lends itself particularly well to the irreverent structural shenanigans that Fendi has been up to with its Bag Bugs, and this new men’s version is big enough to allow for easier viewing of a smiling mouth (a zipper picket lined in bright red, natch), which is more easily obscured by the front flap in the the women’s version.

For comparison’s sake, here’s a picture from Fendi of Delfina Delettrez carrying the women’s version: 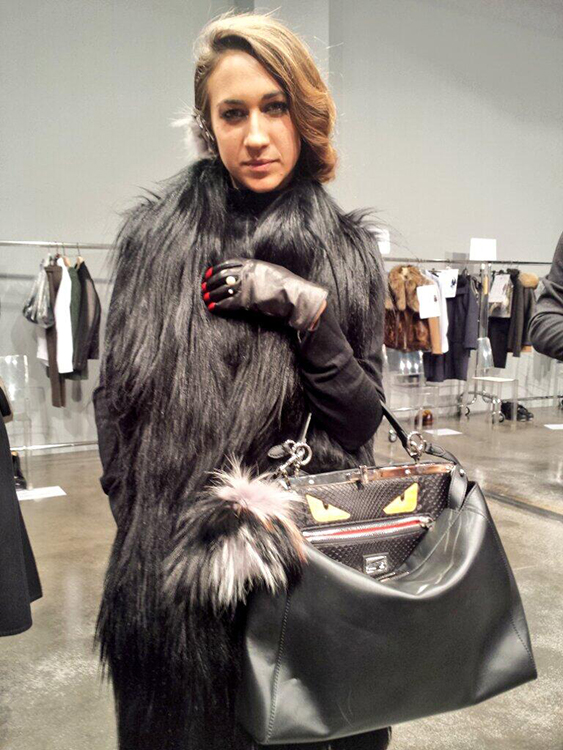 There’s no word on price for the men’s, which will debut in Fall 2014, but we’ll keep you posted.

I love the Peekaboo bag, so to have it available for men is exciting! But my fingers are crossed for unique interpretations of this piece.

Those monster peek a boos were the best things to hit the Fendi runway, in my opinion.