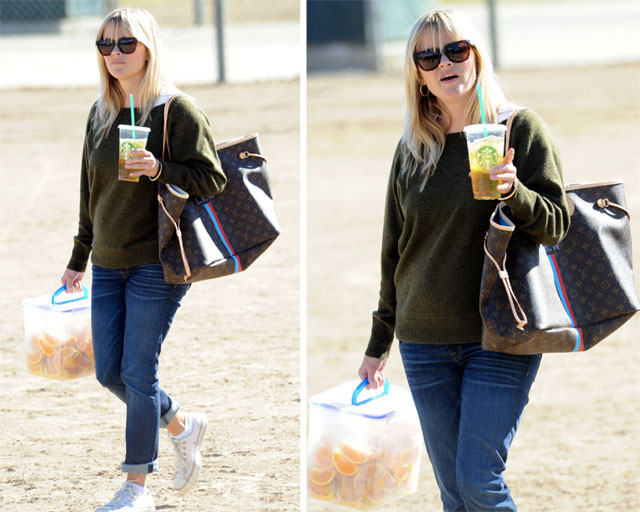 Here we have Reese Witherspoon, playing the dutiful soccer mom, ferrying the requisite orange slice snacks to her son Deacon's soccer game. Stars: They're just like us! On her other arm? (The one not on orange duty.) The Louis Vuitton Mon Monogram Neverfull Tote, personalized with her initials "L.R.W." (Her real first name is Laura.)

Reese looks none too happy about being photographed while momming it up in jeans, sneaks and a sweatshirt at a family outing. But this is what he people want to see, Reese! Reese Witherspoon in the part of Reese Witherspoon. Or at least, that's what your last half dozen movie roles would suggest.

But let's get down to brass tacks here - were you aware that Reese is starring in a movie adaptation of "Men Are From Mars, Women Are From Venus"? Yes, 8 million years after that book became a commercial success, someone is ingeniously making a movie out of it - most likely the same people who brought you the ensemble fluff piece that was "What To Expect When You're Expecting." Ugh. Buy Reese's Louis Vuitton tote through Louis Vuitton for $1320. 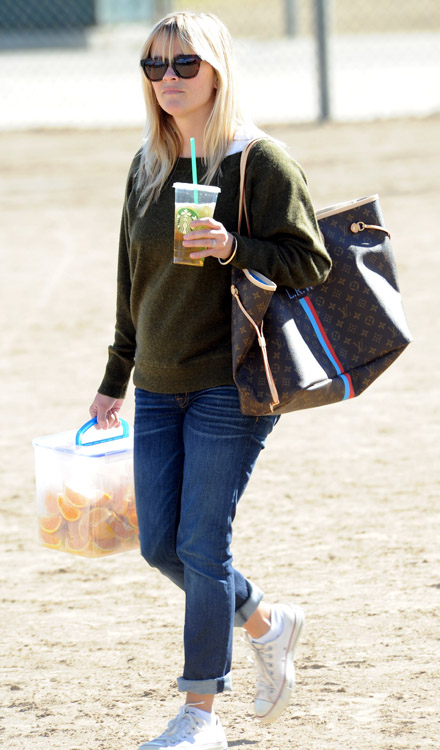 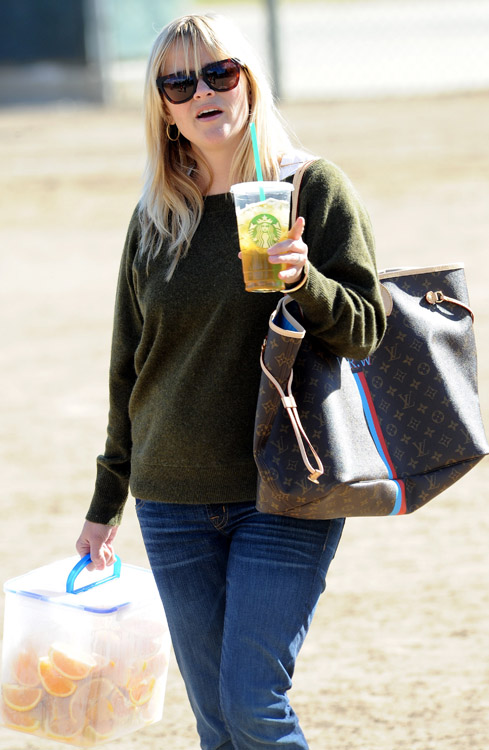 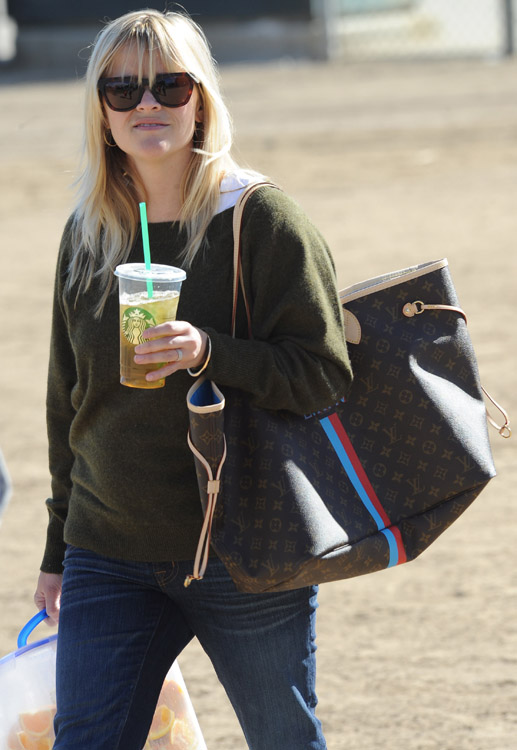 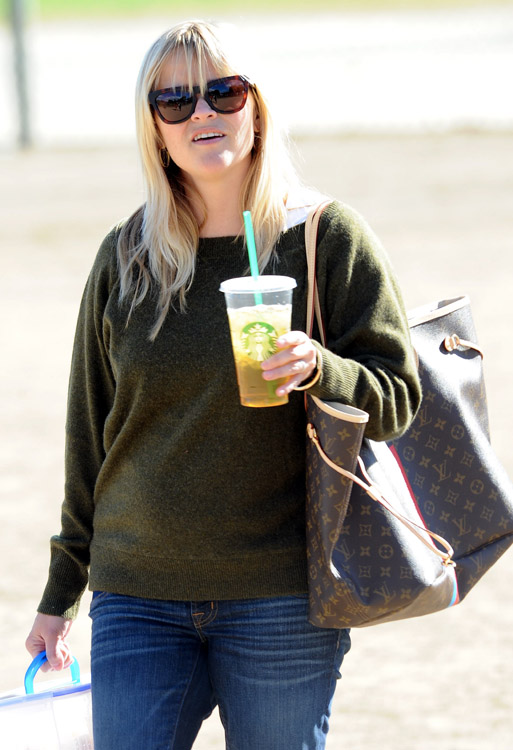