5 Reasons Everyone Should Own a Louis Vuitton Speedy Bag 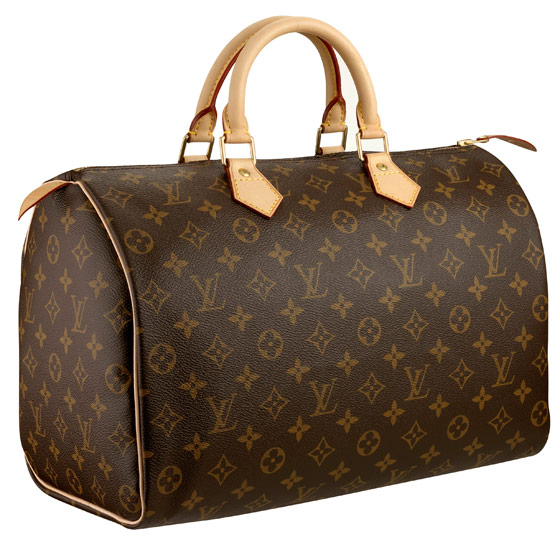 We’ve already covered why you need to own a Balenciaga motorcycle bag and a Chanel flap bag, but those obviously aren’t the only iconic bags that a woman needs in her wardrobe. Your bag collection shouldn’t be missing a Louis Vuitton Speedy, but if it is, we’ve got a few things you might want to consider. 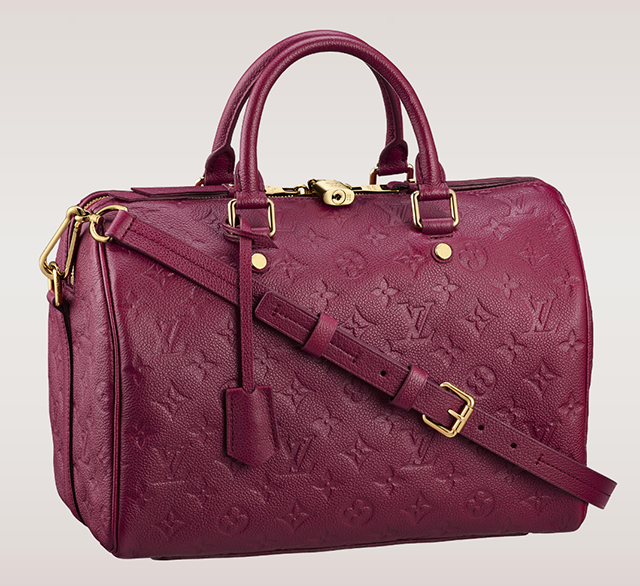 1. In the world of designer handbags, they’re relatively affordable: Despite the fact that the price of a Speedy has gone up a couple hundred bucks since I bought mine in the late 2000s, they’re still something of a steal in the great scheme of designer bags. Speedies start at $890 for the 25 cm monogram version, and for an iconic bag from one of the biggest luxury companies on the planet, you’re not going to find a better deal. Bags with similar storied histories and famous followings will set you back thousands of dollars. 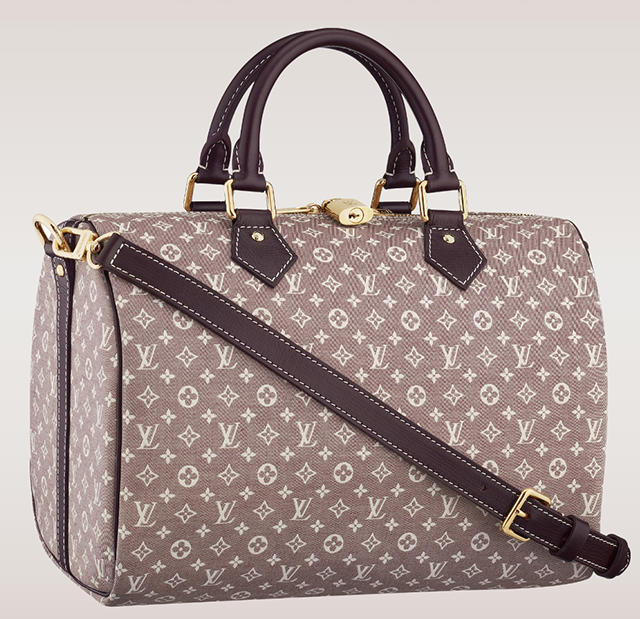 2. Don’t like monogram? There are dozens of other options: Monogram canvas may be the most popular material for this particular bag, but don’t let that fool you in to thinking that it’s the only one. A lot of people aren’t fond of logo prints (I happen to be one of them), and for those people, there are Damier and Epi leather options always available, as well as whatever graced the runways that season. Fall/Winter 2010 will be of particular interest to Speedy lovers – Vuitton showed nothing but dozens of different Speedys in a variety of leathers and exotics. If you want logos, however, Vuitton comes up with a new version practically every season – watercolor, roses, cherries, pop-art pandas, graffiti. I could go on, but you get the idea. 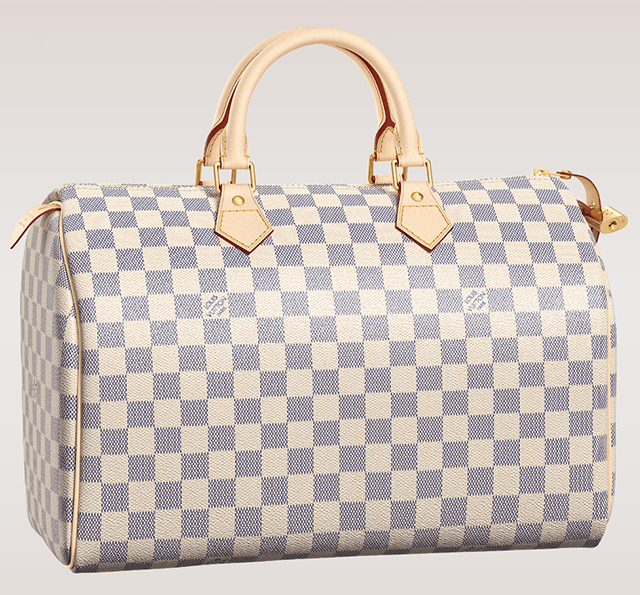 3. Louis Vuitton bags are practically indestructible: This one requires little explanation for a true bag lover – even people that aren’t Vuitton fans know that their bags are historically very well-made, particularly the traditional styles. Also, if your Speedy were to require repair, Vuitton has better service for those kinds of things that almost any other brand I can think of, save for Hermes. As I mentioned previously, however, good luck finding an Hermes bag for less than a grand. 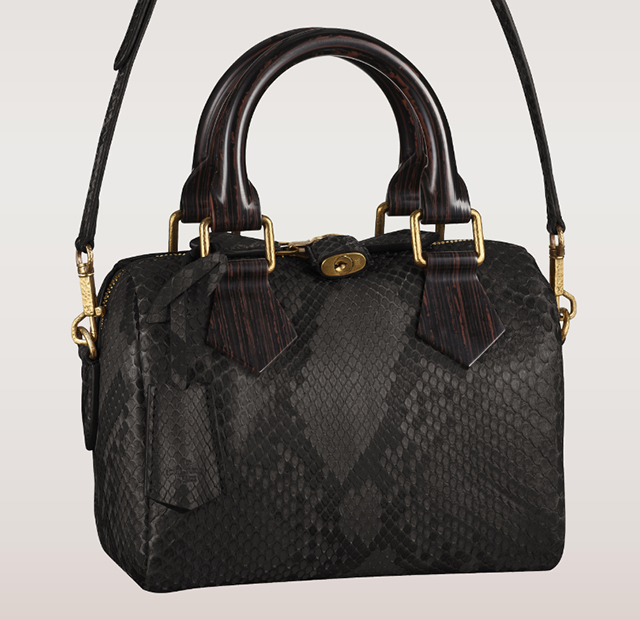 4. The shape can fit in any woman’s wardrobe: Speedys range in size from petite to quite large, and if you’d rather not wear a bag on your arm, Vuitton offers a crossbody strap to keep you hands-free. The brand’s purists will caution against using it, but crossbodies have become so very modern in the past year that wearing a Speedy as a messenger might actually be a good way to update it. Once you’ve decided how to carry it, even the 25cm version has plenty of room for all of your daily essentials. 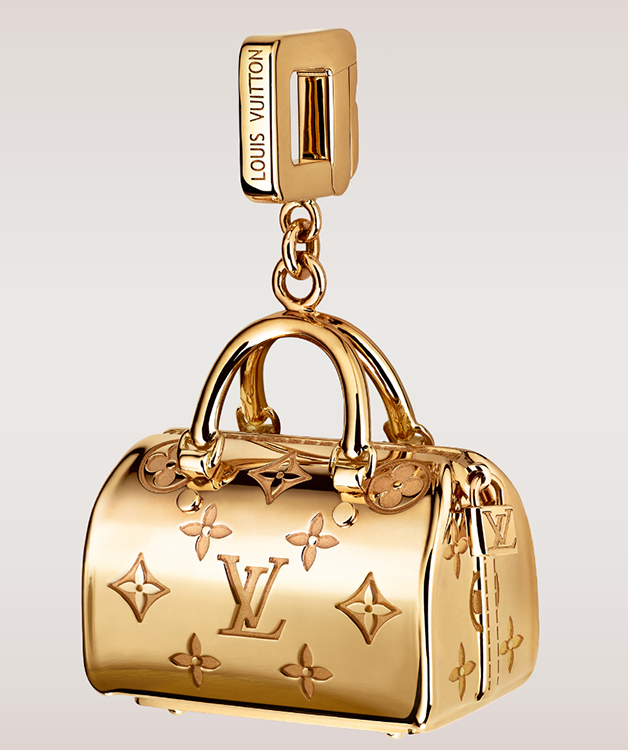 5. If it was good enough for Audrey Hepburn, it should be good enough for most of us: Grace Kelly may have been a fan of Hermes, but Audrey Hepburn was continually photographed wearing her favorite Louis Vuitton Speedy. Some people may say that the bag is played out, but don’t let people who chase labels dissuade you from enjoying a bag that has an important historical place in the lineage of the luxury handbag. With all of the different size and design permutations, there’s a Speedy out there to suit every style. 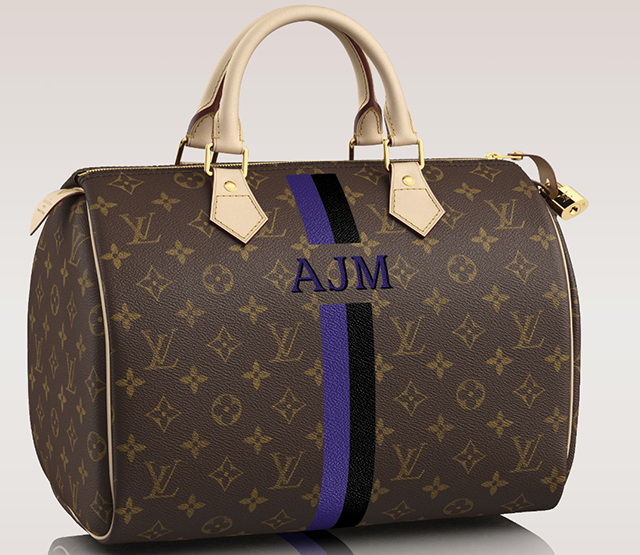 You can make it your own: The Speedy is among the bags that are part of Louis Vuitton’s Mon Monogram program, which allows you to add your initials and several stripes in the color combination of your choosing. If you’re worried that everyone already has this bag, then why not make yours one-of-a-kind?

I fully agree! LV bags are indestructible! 2 months ago, my epi speedy bag was trapped between the doors of a train in Brussels. Instead of opening the doors, the ticket man just pulled it out of the shut doors with great force! My heart sank… thinking that it will be ruined. But, hey it was a bit wrinkled at that time… of course I was still not happy then. The good news is… after a few days, the wrinkled parts seem to disappear (a little). I started using it again, since it’s a really practical bag for work. Now, I must say that 80% of the squashed wrinkle is gone! It’s hardly noticeable and there’s not a single scratch at all. For ref. I’ve been using it almost everyday for work since I bought it in Jan 2008.

Does anyone know about the web site besela.com? Do they sell real LV’s? Please help.

I just checked the website….it is written “Replica” all over it…NO they are no real

I forgot to mention… I also have a speedy watercolor from the SS08 collection. I don’t really baby it but I must say that the white colorful canvas stays just as new as it was!

Just for info, my first LV was the saumur which I bought in 1992 and i’ve used it until 2005 before giving it away.

Amanda thnx 4 this post! I hv never bought a LV bag bcuz I couldn’t afford it, so I thought the speedy would be a great start. However, I had given up on the idea becuz here in Atl you spot some1 w/ the bag every 2 steps u take whether it be a knockoff or authentic. From a schoolgirl to a stripper, 2 your average girl in the mall. Its hard 2 explain but seeing so many ppl w/ it md me feel like it had lost its elegance for me. – it just became the ordinary. & I don’t mean tht in the snobbish way that it sounds. But you’re right a great bag is a great bag! The speedy is a classic staple piece, that has historical significance in the fashion world. I think I’ll go back to trying to find 1 that suits me best.

I see the same thing in Denver, which is why I don’t own a Speedy. I really like the look of it, the price, and how tough the bags are, but it seems like everyone has one (real or fake). It’s also the same reason why I don’t wear Uggs, Crocs or carry an iPhone. Uggs may be comfy and the iPhone might be a great phone, but I just can’t be the same as everyone else.

I’m from ATL so I definitely understand what you’re talking about. The way I see it, though, the bags I buy (and anything I buy, really) are about what I like and what makes me happy, and I try not to let anyone else that has what I want interfere with my decision-making process. There are a lot of Speedy options other than the regular monogram if you want something you don’t see every day! I hope you find one you like.

I owned a mini lin speedy. Love it! I think they change the name of the mini lin line now.

i loveeee LV
i really wish i can have one in the future
and a 2.55 and a birkin too
haha
🙁 really wish

I Have got three of them, epi black , monogram and monogram canvas and love them all ,the best bag ever very practical for uni , work , shopping etc…

Sorry! Not sold on it! Number one prerequisite for me when buying a bag is it must be gorgeous leather. Second, no logos. Third, strap must be 7″ to accomodate being worn on the shoulder. The shape of this bag doesn’t look like it would fit comfortably under the shoulder even if it did have an ample drop and I truly believe, that if it wasn’t “LV” no one would be interested!

thanks for the post.. i dont own a speedy but because of this article i may consider buying one..

the monogram speedy was my first real designer bag and i still love it and its fabulous till this day. love it! The bag isn’t made to be worn on the shoulder, the shape is fabulous because it fits all the essentials and then some, and im pretty sure it is the most versatile bag i have in my collection – really. goes with literally everything, except maybe a ball gown, but, you know, that is the niche that judith leiber took over I guess

I have a speedy damier ebene 30 and love it – my go to bag. I would buy the crossbody strap in a heartbeat, but don’t quite understand where it would hook on to the bag?