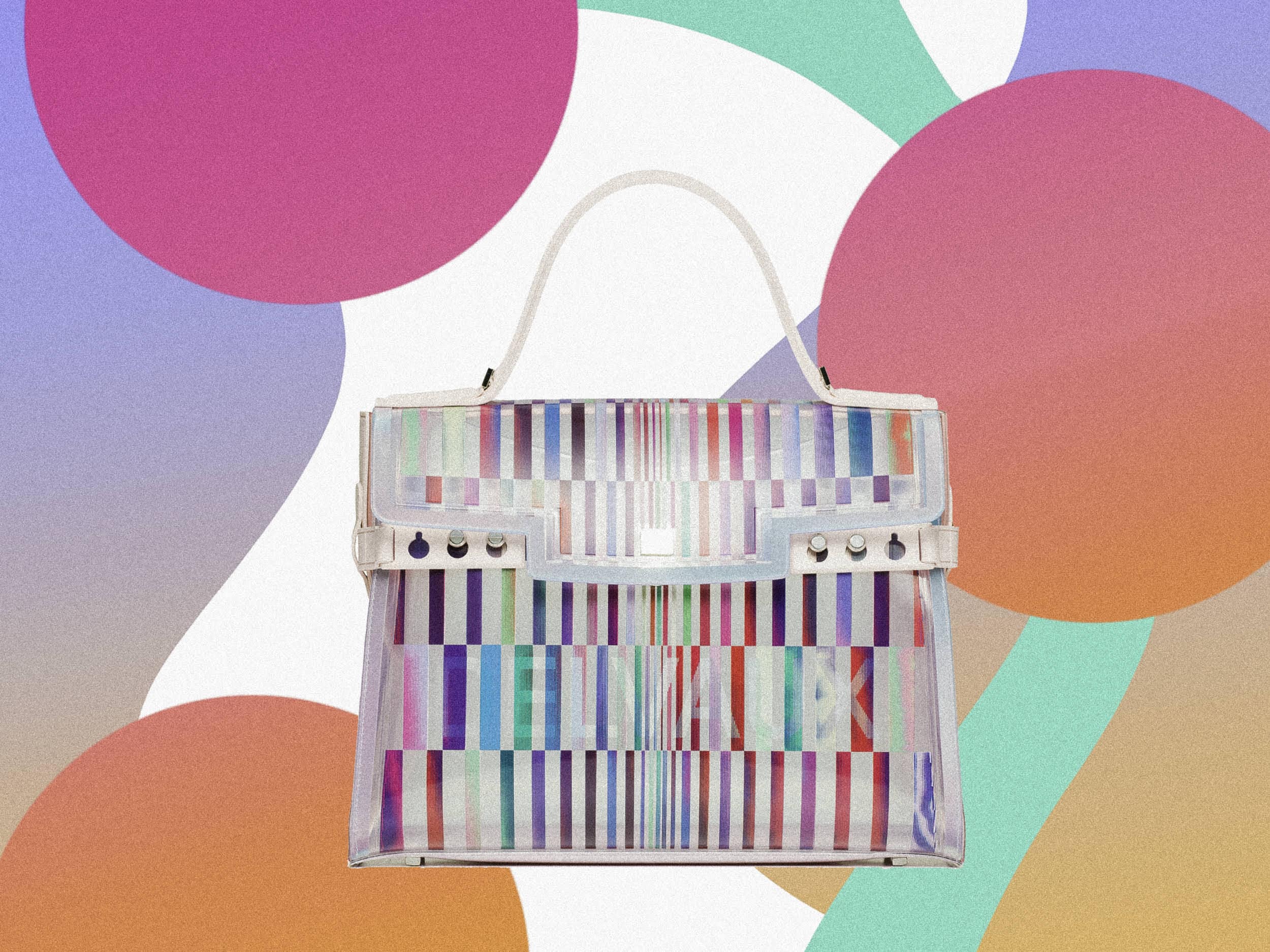 Delvaux is one of those brands that we don’t cover as often as other designers. Though we sometimes overlook its offerings, the brand has a loyal following and is well known for its hand crafted bags that stand the test of time. Delvaux is rich in history (it dates back to 1829), and coins itself as the oldest luxury leather goods house in the world. It sometimes flies under the radar in comparison to other brands of its caliber, but Delvaux’s impeccable quality and timeless silhouettes are not to be ignored. Now just in time for spring, Delvaux has put a girly and innovative spin on one of its classic designs. Introducing: the Eye Catcher Bag By Delvaux.

The Eye Catcher bag is a Tempête GM model, which is one of the brand’s most iconic shapes, dating back to 1967. The Tempête was inspired by a sailboat’s trapeze, was relevant for the time during which the bag was created. In the 60s, sailing was seen as a glamorous and trendy activity in Belgium’s North Sea coast. The silhouette is defined by its graphic lines and distinct studded detailing. Since its inception, the Tempête has become a staple classic for the brand. The shape is versatile and elegant with its structured shape, flap closure and dual-straps. Its simple silhouette makes a great blank canvas for this limited edition design.

This season, Delvaux has reimagined the Tempête GM in an innovative, and fun new way. True to its name, the Eye Catcher is uniquely captivating, featuring a myriad of bright colors from pinks and purples to turquoises and baby blue hues. Its appearance is ever-changing depending on the light and angle at which it’s viewed. The bag is completely leather free—it’s made from 100% PVC, appearing transparent with an iridescent rainbow-effect trim.

This bag is a feminine, flirty novelty piece that truly makes a statement. It is one of a kind; its design embraces innovation using unique design techniques and materials not often seen in the handbag world. Delvaux just launched this limited edition stunner, designed to spark joy and coined as a “perfect reminder of brighter, light-hearted days ahead”. The Eye Catcher retails for $1,550, and you can discover more now via Delvaux. 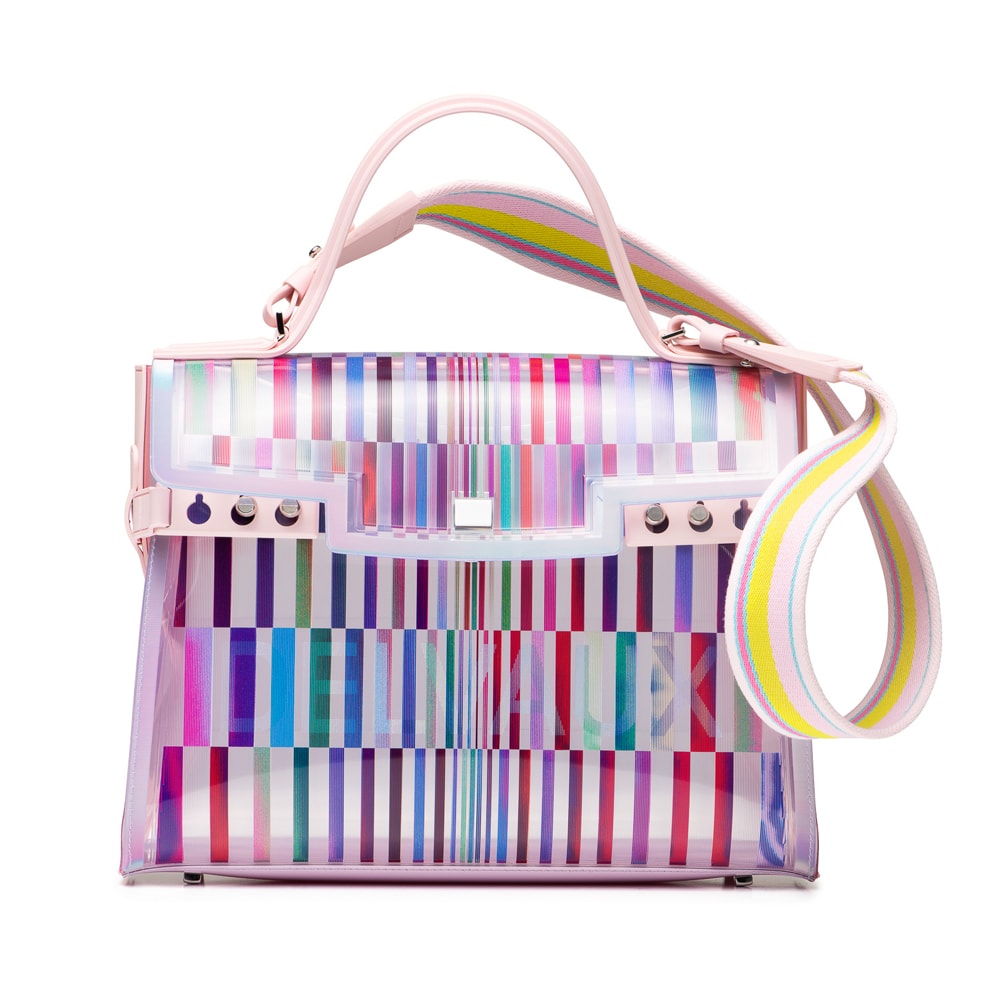