Well, That Was Quick: New Record Hermès Birkin Auction Rings Up at Over $300k 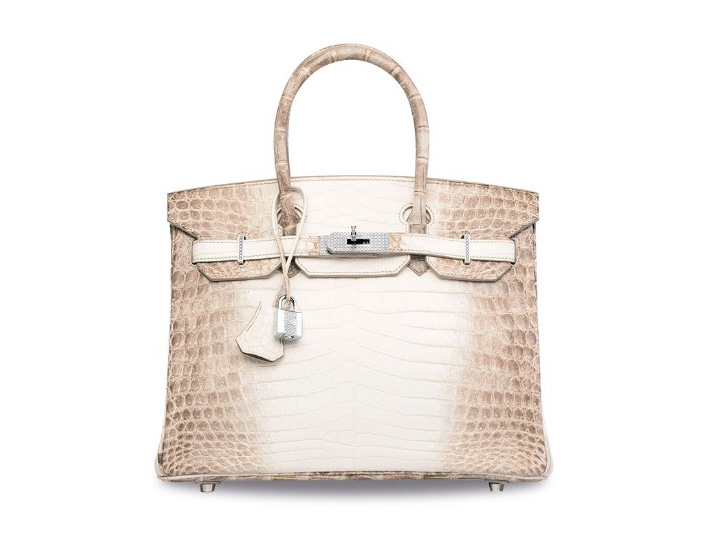 If it seems like it was very recently that we brought you news of a brand new world record Hermès Birkin sale, that’s because it was. In April, Privé Porter sold a Birkin in braise red crocodile for $298,000 to a collector in California, but now, according to CNN, that figure has been eclipsed by a Birkin sold by Christie’s in Hong Kong for just over $300,000.

The Birkin, seen above, is a 30cm in Himalayan Niloticus crocodile, finished with diamond-encrusted 18k gold hardware. The final auction price was $300,168, and a representative for Christie’s described the anonymous buyer as a “private Asian collector.” The bag will undoubtedly be the jewel of his or her collection.

In a market where it’s increasingly simple for shoppers across the globe to get their hands on exactly the bag they want at any time, competition for the rarest Birkins among the world’s wealthy elite has escalated quickly. It wasn’t long ago that it was rare to hear that a bag sold for six figures at all, and now Birkins priced above $100,000 pop up for purchase at a click of the button at Moda Operandi from time to time. Now that auction prices have hit the mid-six figures, it’s anyone’s guess as to where the bags’ final values may eventually level out, and if the speed of the auction prices’ increase is any indication, we may not find out for years.

Personally, I suspect this is PR. There is no objective standard that supports this price as either a bag or a cultural artifact.

You said it better than I was going to. I was never a fan of the burkin but somehow I am still so “over” it. Yawn.

I hate that it’s almost become ubitquous for the new money set. That’s not hit on people not born into money but the ever-expanding visibility of the piece has opened up the door to imitators, some good and most not. It normally seems to go Make half a million, buy a Birkin; make a million plus, buy an exotic Birkin and so on as the money piles up.