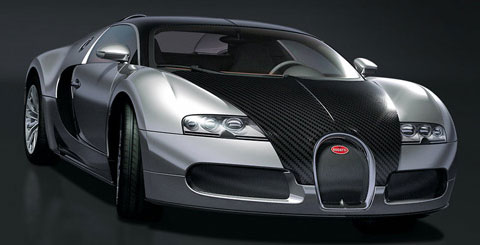 Exciting news for fans of exclusive bags and cars alike. In a similar move to Lamborghini’s previous collaboration with Versace, Bugatti plans to revive a relationship between Emile Hermes and Ettore Bugatti that was initiated as far back as the 1920s by creating a Limited Edition Veyron. The new super sports car is suspected to have a more over-the-top interior with a lot of delicate stitching and embossed logos. The new Veyron is scheduled to be revealed at the Salon International de l’Automobile in Geneva from March 3rd to March 16th 2008. Expect the new project to be sold out very swiftly – also expect a very steep and unattainable price. We can only hope for a special bag compartment for the complementary croc Birkin!