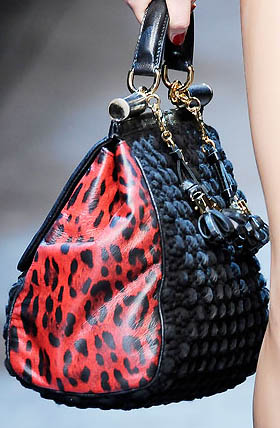 Dolce & Gabbana Spring 2010 was goth, glam and very Victorian, but you wouldn’t know it from looking at the bags. They lacked some of the personality and style of the clothes with which they were designed, but they were sort of interesting in their own right. Whatever way you slice it, however, knit and macrame do not say glam, goth, or Victorian.

The highlights for me were the variations on the successful Miss Sicily satchel shape and anything containing red leopard print (I know, I know, my “taste level” is not so awesome sometimes). Lowlights? Knit, knit, and more knit. Much like the clear vinyl totes that Prada showed earlier in the week, I can’t imagine that these are going to have much of an audience among handbag aficionados, but perhaps I’m wrong. Would you pay four figures for them? 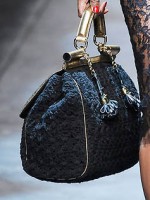 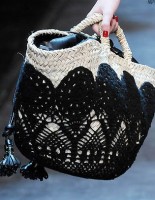 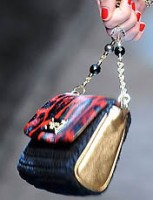