Reed Krakoff alligator tote back in stock at Net-a-Porter 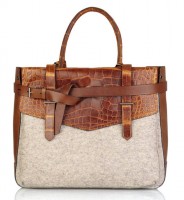 When we discussed Reed Krakoff’s Fall 2010 handbag line last week, many of you mentioned that your favorite was one we had omitted: the Reed Krakoff Alligator and Felt Boxer II Tote. The bag’s omission was intentional: I think it’s beautiful enough to deserve its own post.

When it first appeared on Net-a-Porter two weeks ago, it managed to sell out before I even woke up (which, admittedly, was later than a real adult should be waking up for work), but a second shipment has come in. So, you know, gather up that extra seven grand you have laying around, because this thing doesn’t come cheap. 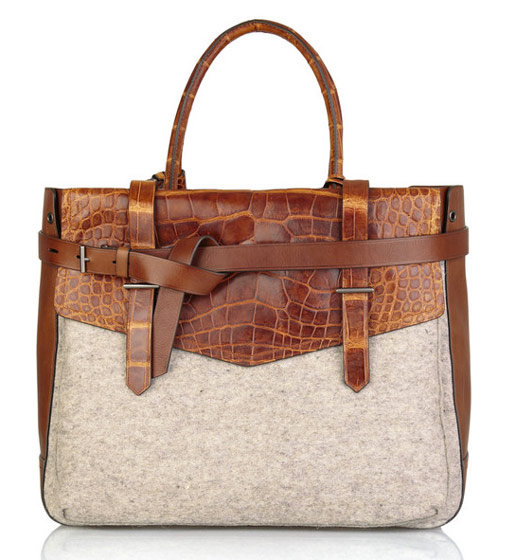 Whether or not the bag is really worth $6900 is up for debate – some brands charge far more for any brand with alligator elements, and although this one isn’t entirely alligator, the trim is pretty significant. The color variation of the skin is perfection, and the juxtaposition with the neutral cream felt adds a richness to the bag that is hard to resist, even for someone like me who has a more hard-edged personal aesthetic. For anyone worried about durability, the bag’s gusset and much of the back panel are made of caramel leather, so the felt is in many ways as much of an accent as the exquisite alligator. Buy through Net-a-Porter for $6900.