This Dax Gabler tote will cure your python boredom 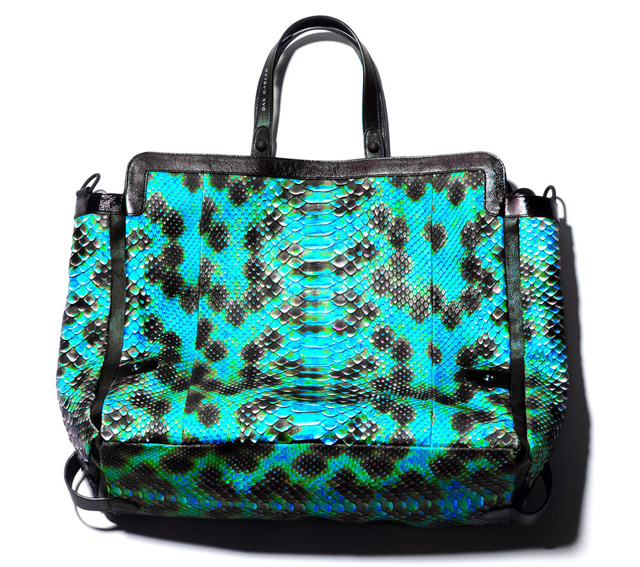 If having too much of a good thing is truly possible, then I think I’ve had a little too much python lately. Because of strong markets for ulta-premium accessories, exotics are having something of a golden era at the moment, and although that’s yielded a lot of utterly lust-worthy handbags, its also yielded a lot of stuff that all sort of looks the same. Expensive, but not inventive. All it took to cure my snakeskin ennui, though, was one look at the Dax Gabler Python Shoulder Tote. A friend sent me a link to this bag yesterday, and talk about an afternoon pick-me-up.

Color-shifting (holographic, multichrome, iridescent, whatever you want to call them) finishes are a big trend this year, but this python treatment manages to keep my eyes totally interesting without ever actually changing color. The way the python incorporates blue, turquoise and lime green gives the impression of a momentary shift, but in reality, they’re all solid. Insets of black, along with the black trim, give the ultra-saturated snakeskin just enough balance.

On top of the brilliant color and texture, this is a bag that you can actually use. It’s big enough to be carried to work, and the rubberized metal bales at each gusset indicate that it also comes with a shoulder strap. The definition of “form meets function.” Of course, perhaps we should expect this from the brand; it’s run by Devi Kroell, who left her eponymous line of exotic handbags in 2010. Don’t dig the blue? The bag also comes in yellow or orange, all for a relatively reasonable (for a large python bag) $2,890 via Dax Gabler. 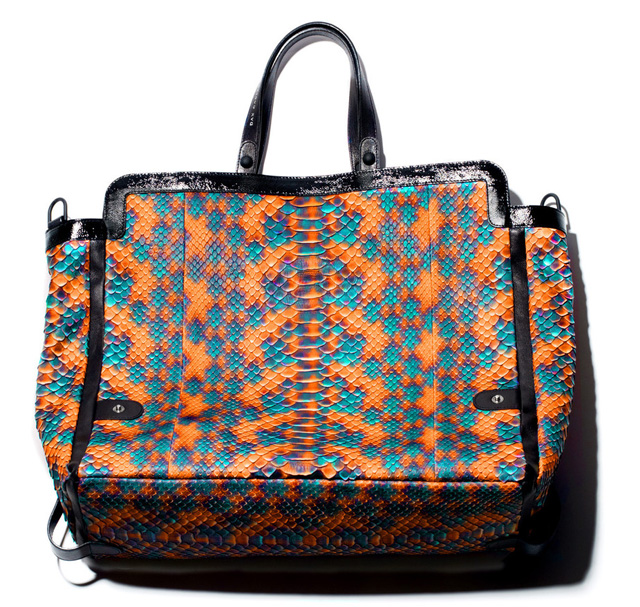 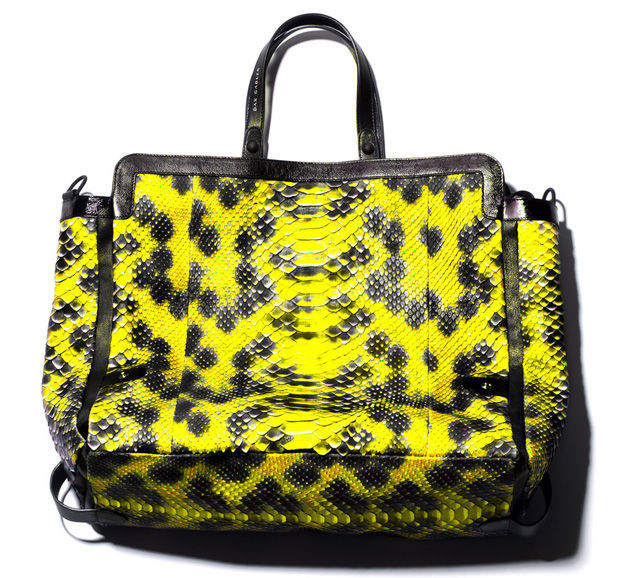 Wow. I love them. Speechless.