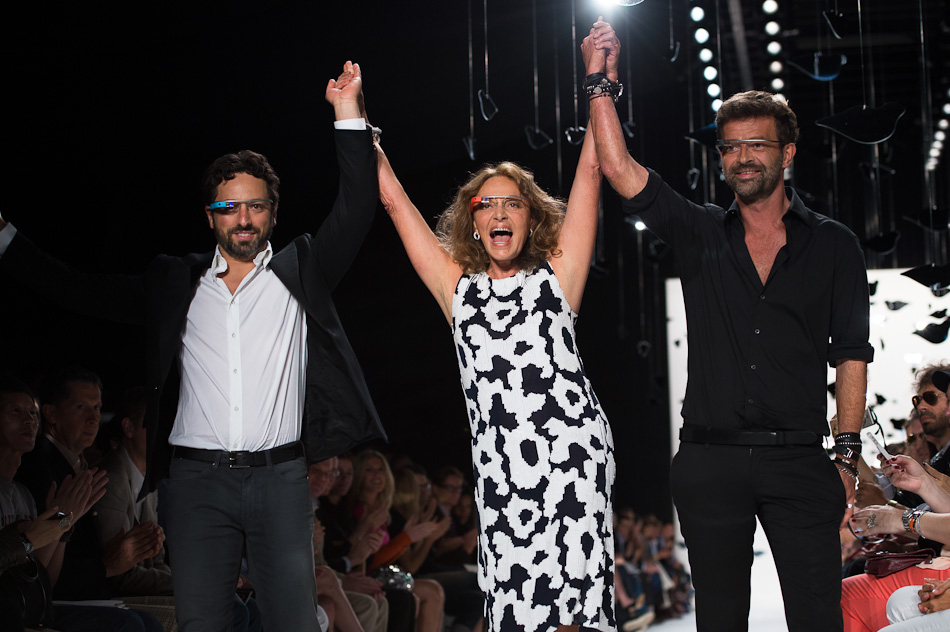 Over the last five years, the role of technology in fashion has absolutely exploded. Not only have blogs emerged as a huge force in the industry, but magazines are racing to bring their online content up to their offline editorial standards and brands are using digital printmaking, three-dimensional printers and a whole slew of other technological advances to enrich their clothes and accessories. This afternoon at New York Fashion Week, the intersection of tech and fashion reached a new point: powerhouses Diane von Furstenberg and Google joined forces to debut the much-rumored Glass on DVF’s Spring 2013 runway. Still in its design infancy, Glass is a pair of (glass-less, ironically) glasses that captures the wearer’s experiences while he or she moves through the world. At the DVF show, wearers included front-row attendee and Google co-founder Sergey Brin, model Hanne Gaby Odiele and Diane von Furstenberg herself. All of the wearers captured the show from their perspectives, and on September 13, we’ll all be able to see the POV video that resulted on DVF’s official YouTube page. Don’t want to wait? Get a behind-the-scenes look on the official DVF Google+ page. Glass, meanwhile, is still in development, but I’m very interested to see what a fashion show looks like from on the catwalk and behind the scenes instead of in the seats. 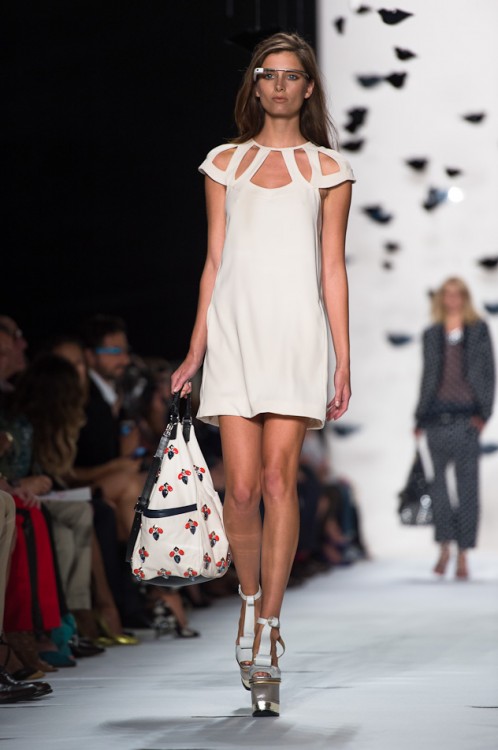 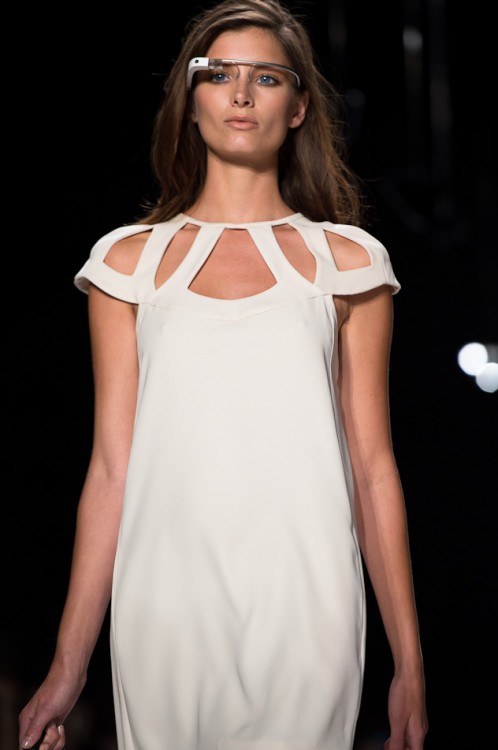 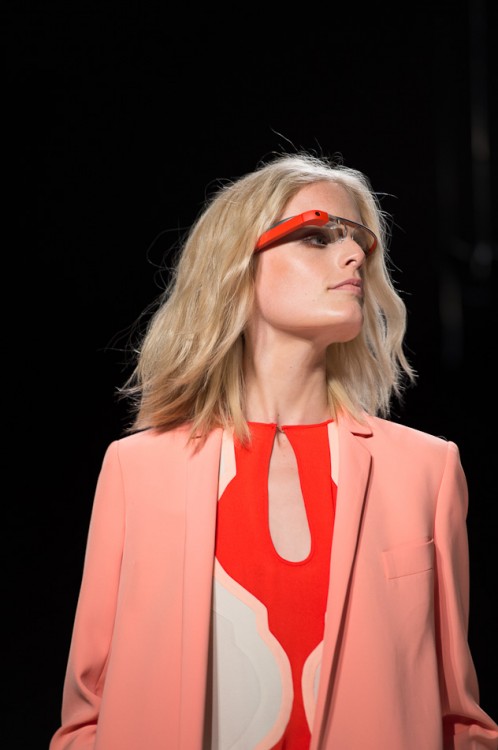 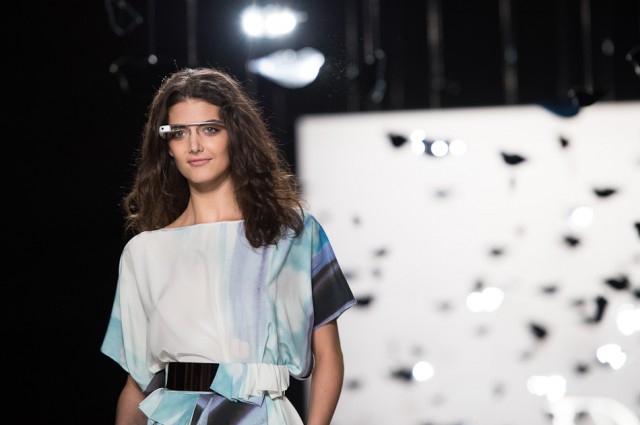 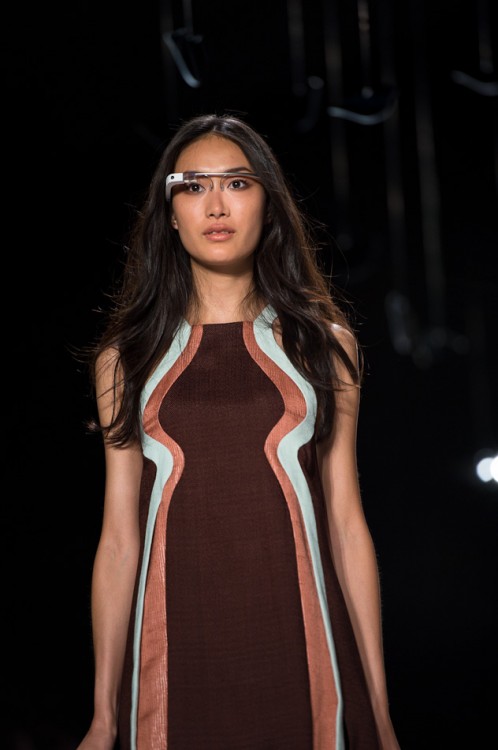 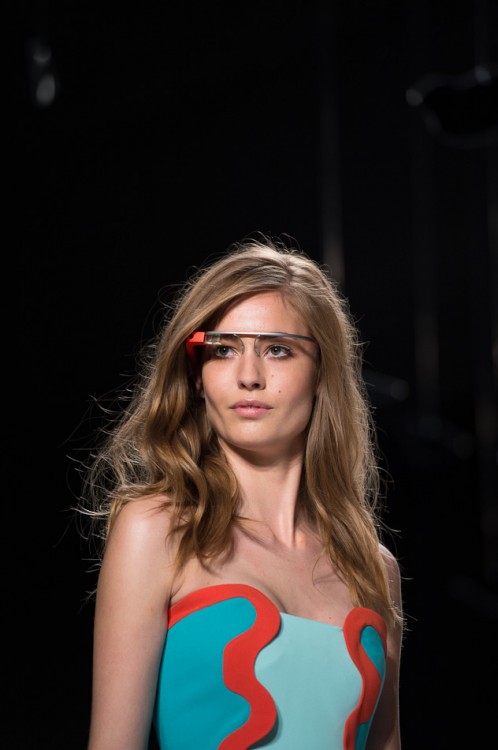 This is an incredibly cool use of technology. DVF you are AMAZING!!

I’ll be interested in seeing how the footage turns out. Thanks for sharing!