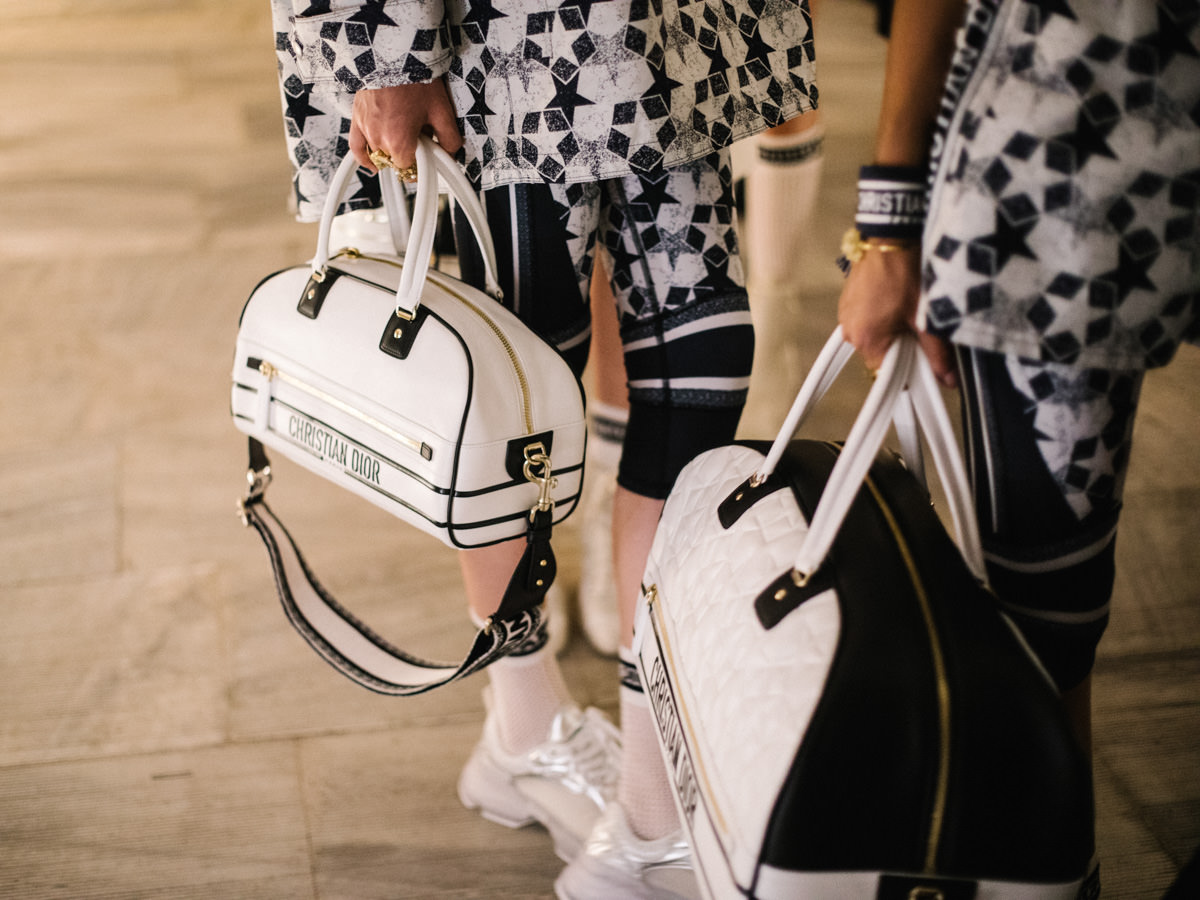 When it comes to Dior, the brand is known for putting on a show, creating productions that perfectly showcase the overall feel of a collection while engrossing the audience or viewer into a dreamworld. For Cruise 2022, Maria Grazia Chiuri left no detail untouched, holding the show at the Panathenaic Stadium in Athens, Greece, which was the ideal place to showcase this collection.

The collection as a whole focuses on rethinking the purpose of fashion and Grazia Chiuri took inspiration from Ancient Greek costumes, using them as a beginning point for some of the RTW. By looking to these historical items, Grazia Chiuri created path for forward-thinking femininity, putting a focus on movement for the modern woman and expertly combining principles of art and athletics.

When it comes to the bags, a mix of shapes both new and old were seen on the runway like the Bobby bag, Lady Dior and the iconic Dior Book Tote, which was seen in a new iteration designed alongside the Greek atelier Aristides Tzonevrakis. Using traditional Grecian embroidery motifs, which can be seen in the video below, a stunning navy blue Book Tote with intricate white detailing was shown on the runway. Though the technique itself is traditionally Greek, this Book Tote perfectly encompasses the Savoir Faire of Dior. 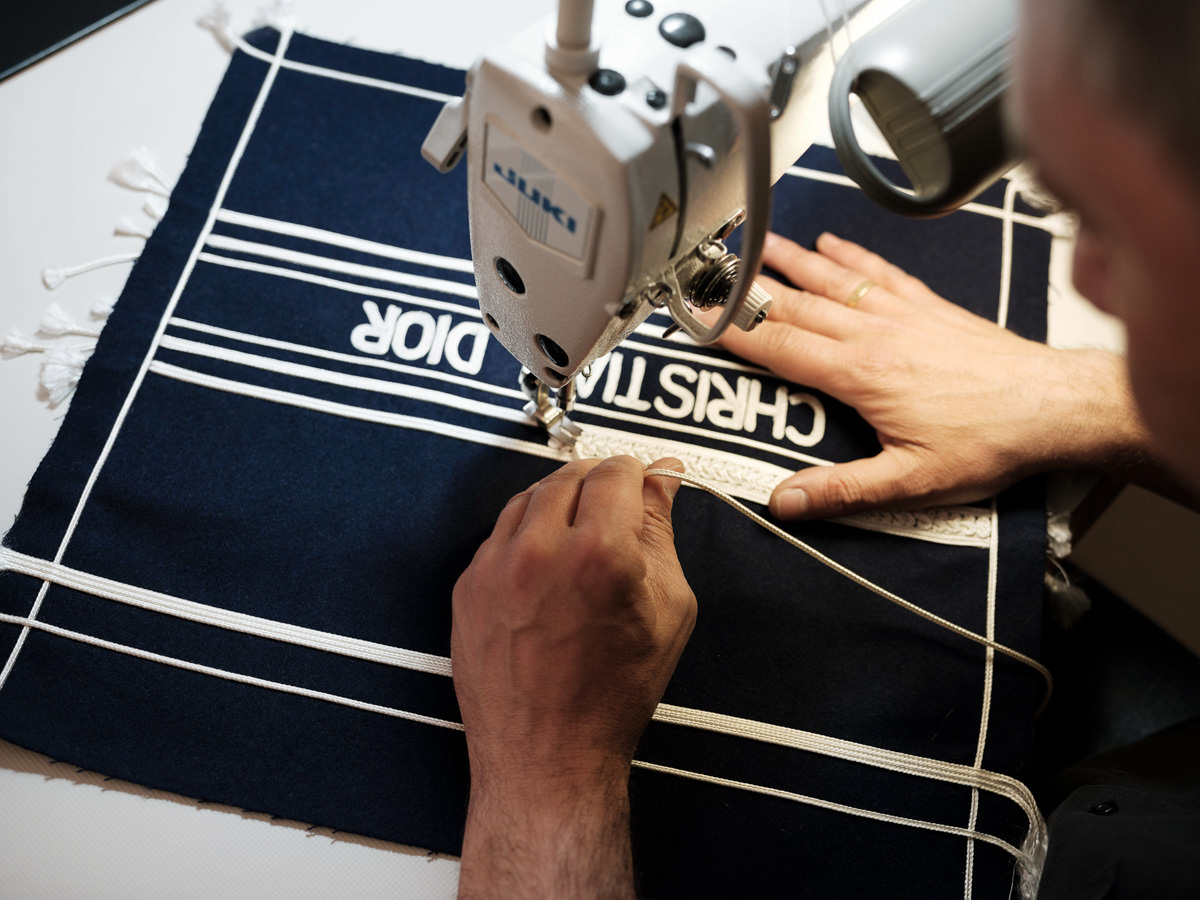 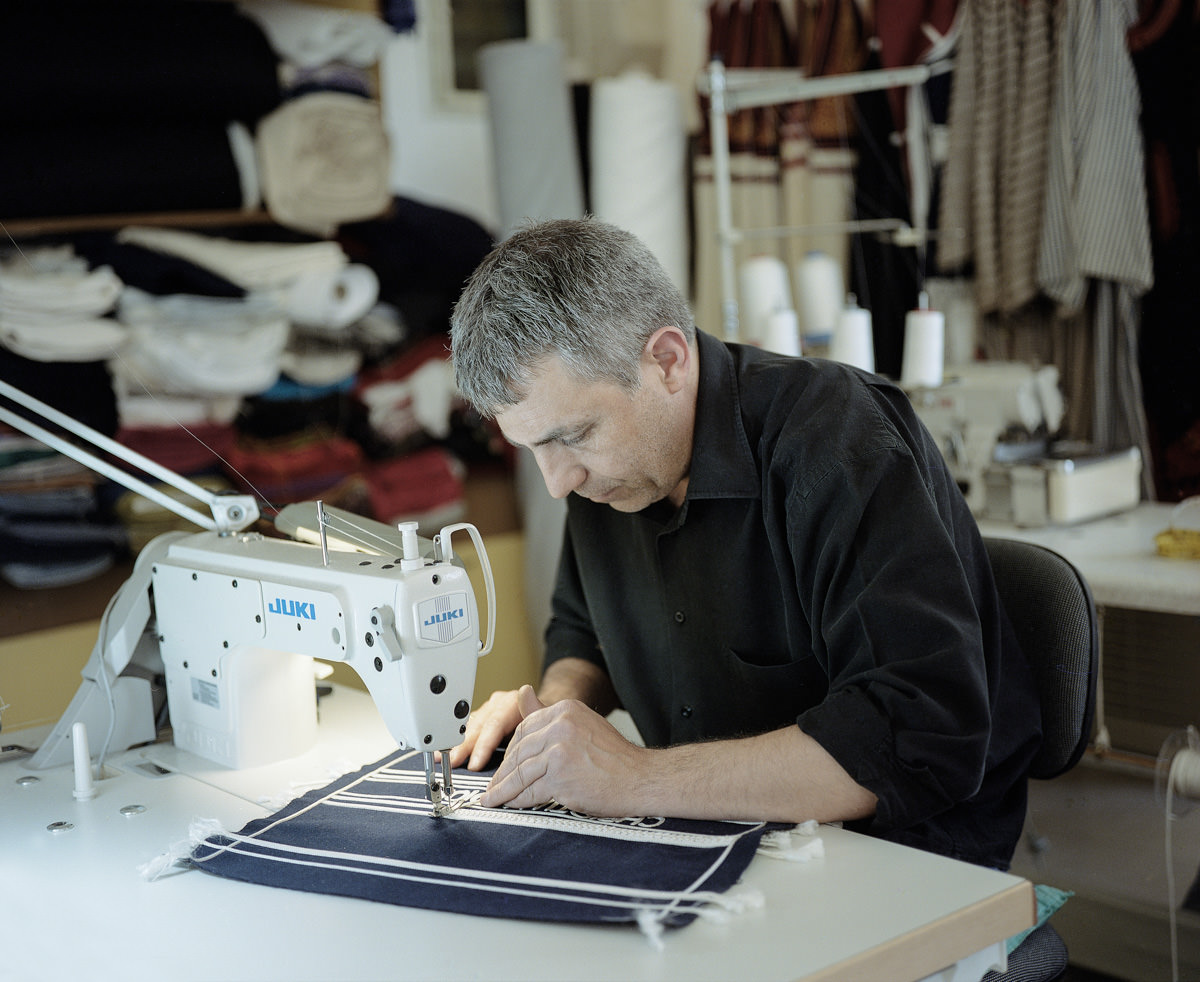 As for newness within the collection, Grazia Chiuri puts a focus on a new silhouette, the bowling bag, showcasing the shape in smooth or Cannage quilted leather with contrasting trim piping and bold Christian Dior lettering. The bag is clearly going to be a big push for the brand moving forward, shown throughout in a variety of bright colors like yellow and blue as well as more muted hues like black and white. As for the sizes, larger versions as well as a smaller bowler were presented. A printed bowler also appeared on the runway, paying tribute to the Greek tradition of sport.

Get a first look look at bags from the collection below, courtesy of Dior. 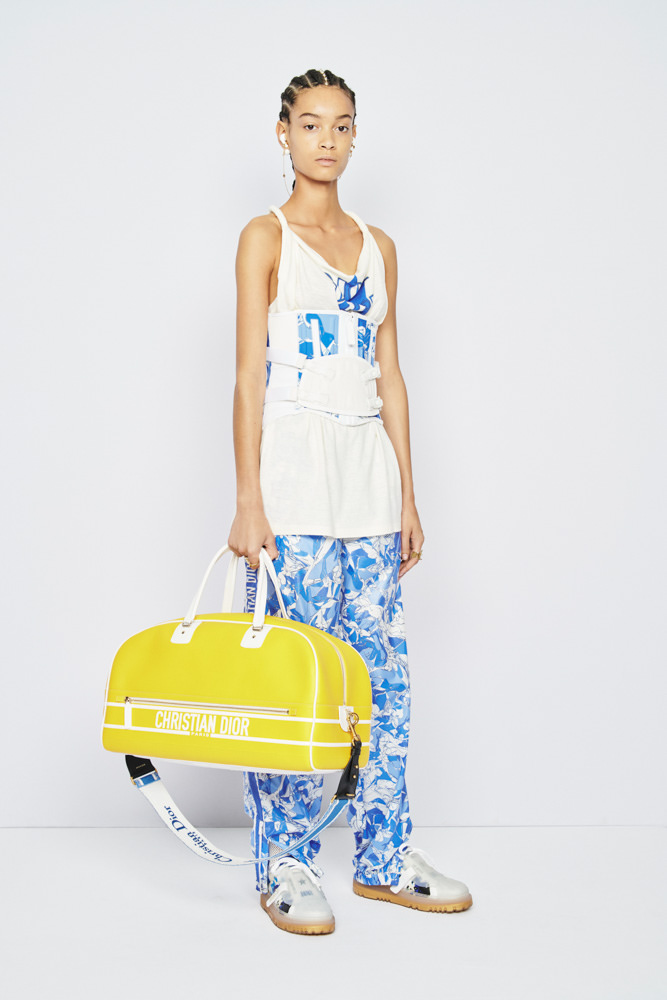 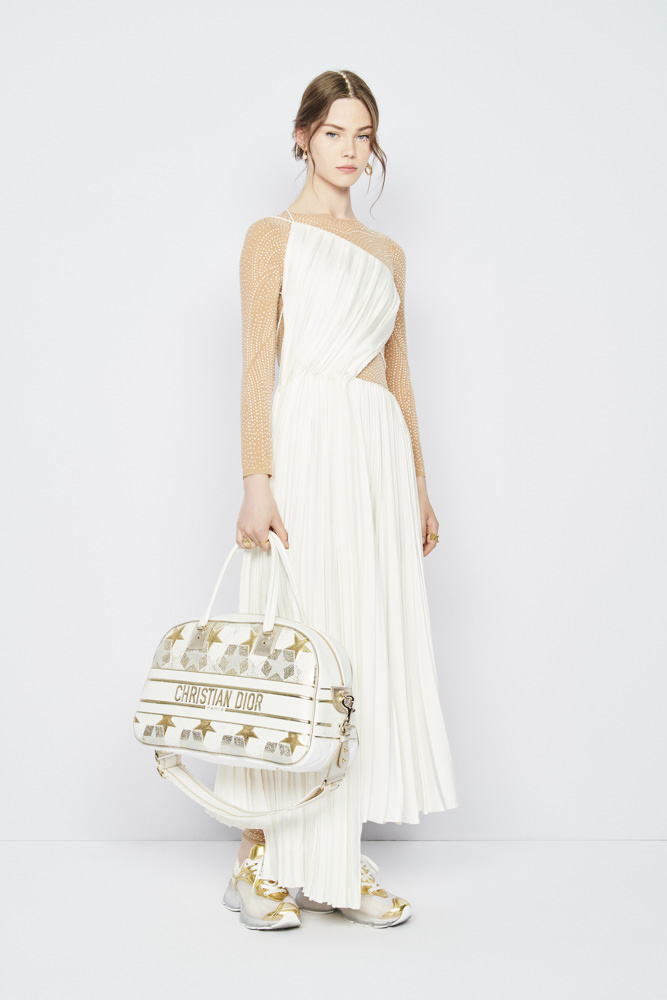 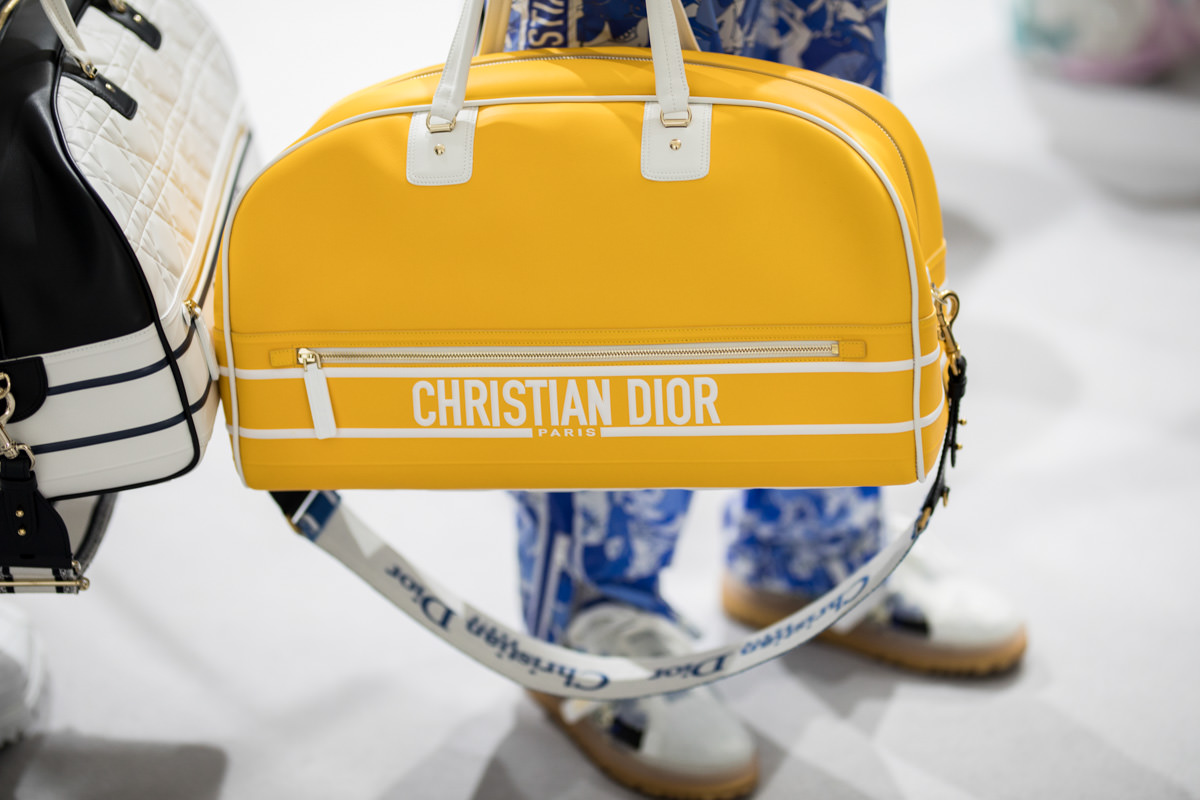 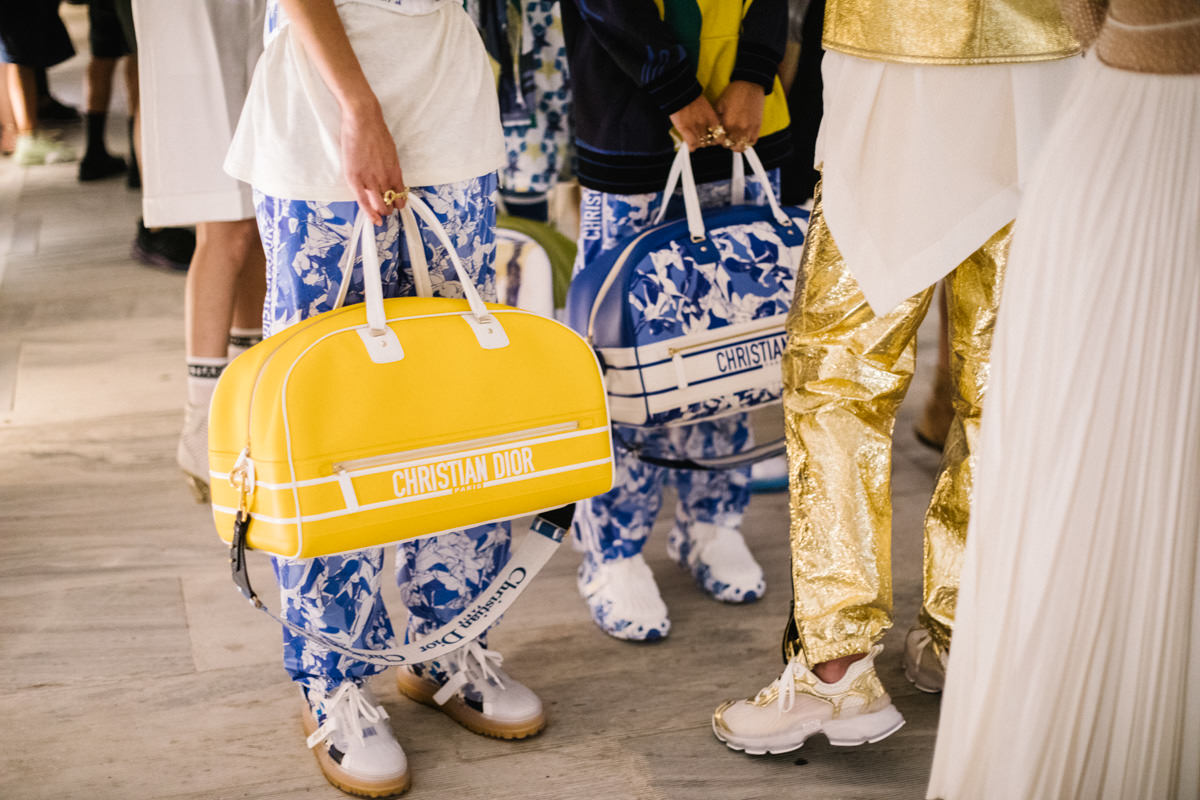 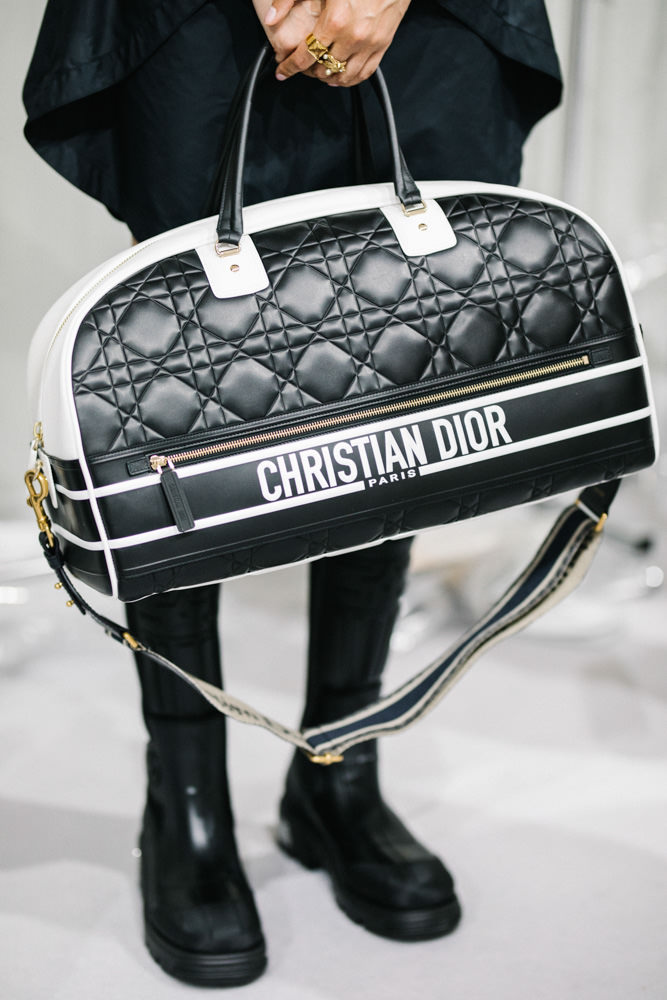 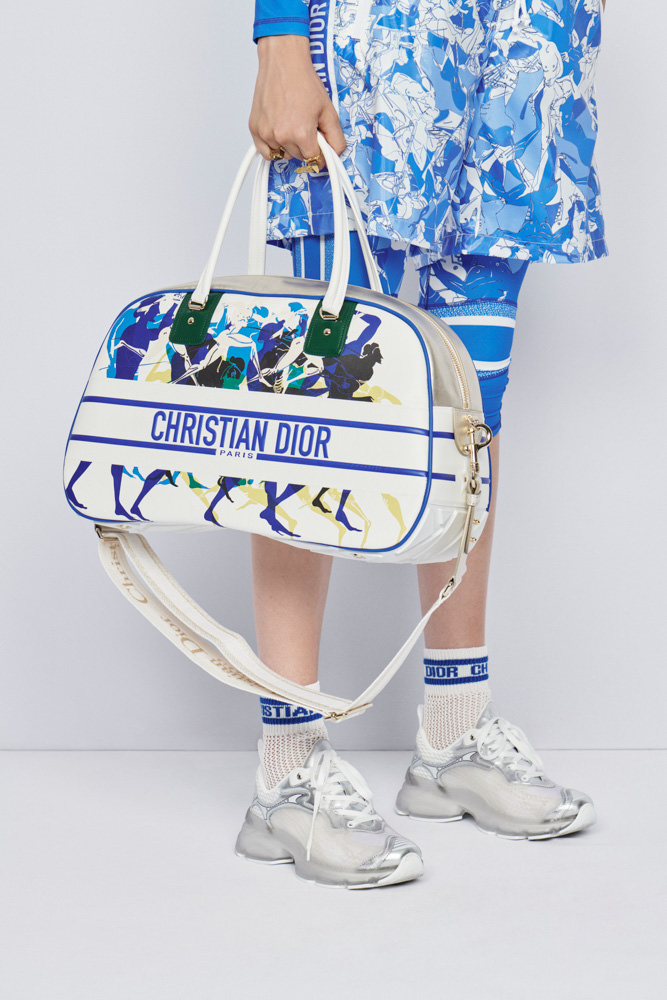