Ashley Greene Takes a Coach Tote to Her Mani/Pedi 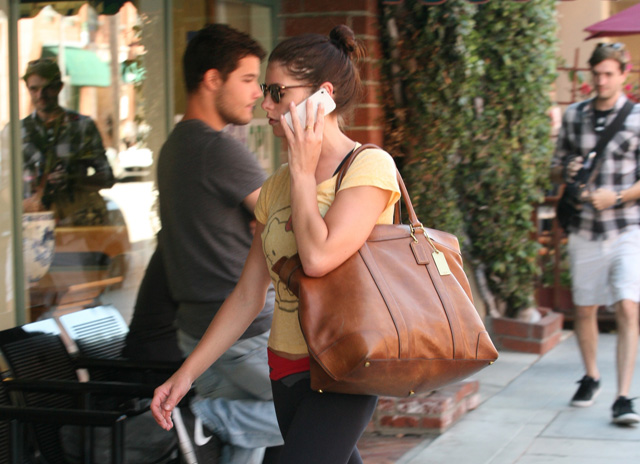 Twilight actress Ashley Greene was recently spotted ducking into a nail salon in LA with a Coach Bleecker Legacy Weekend Tote on her arm. Coach's Bleeker line is actually a series of glove-tanned leather bags, briefcases, and travel accessories for dudes, but I kind of feel like they missed the mark on "manly" here. While the "heritage look" they were going for is certainly on-point, the Weekend Tote looks exactly like a giant purse, though it also seems to be very functional as a gym bag. You can grab this oversized tote for $658 at Coach.

Ashley has two new films coming out this year - CBGB, a biopic about New York's late, legendary rock club, and Random, a horror flick about a college girl alone on campus over a holiday break who becomes the target of a nefarious plot. The Twilight series, her prize cash cow, wrapped up last year after four films. 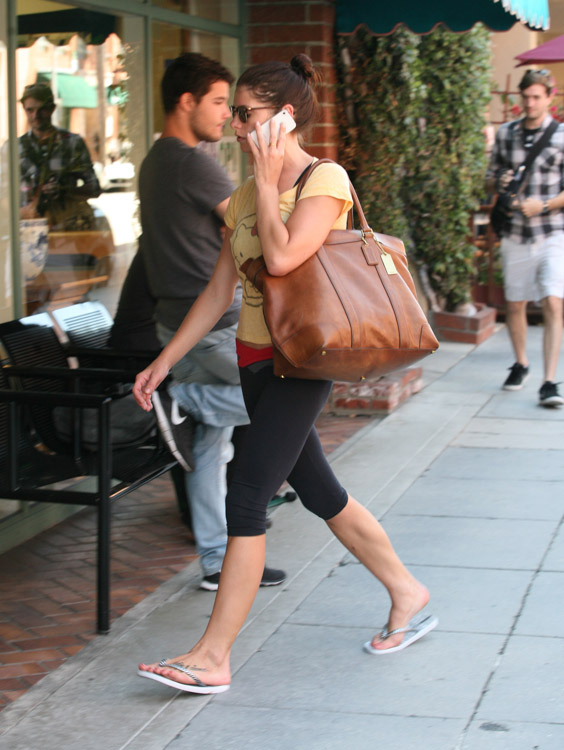 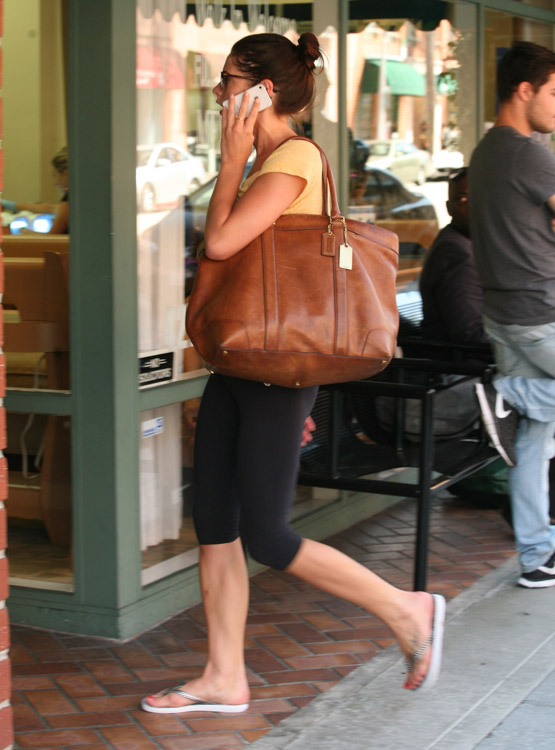 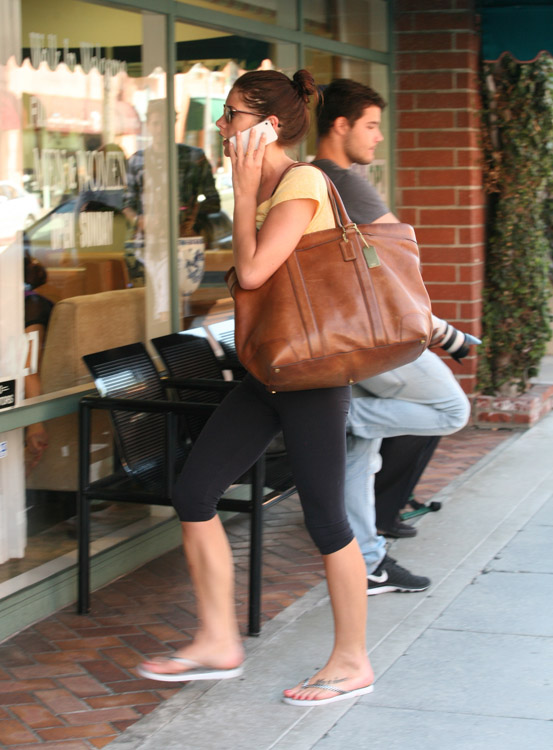 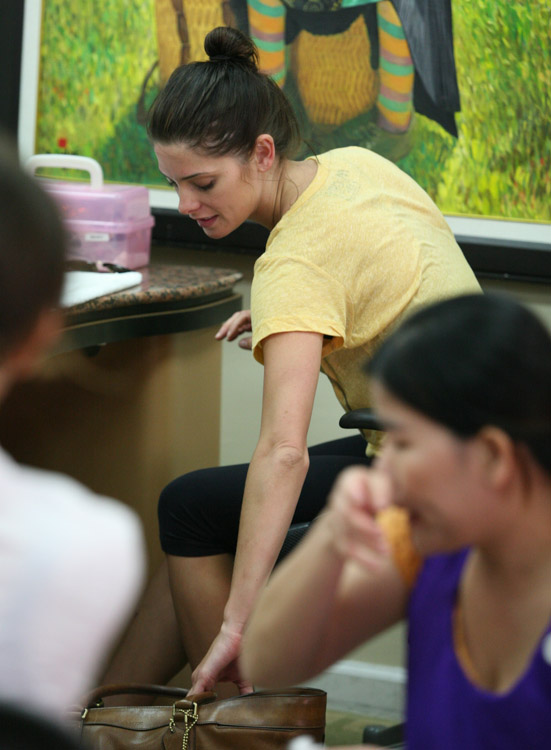