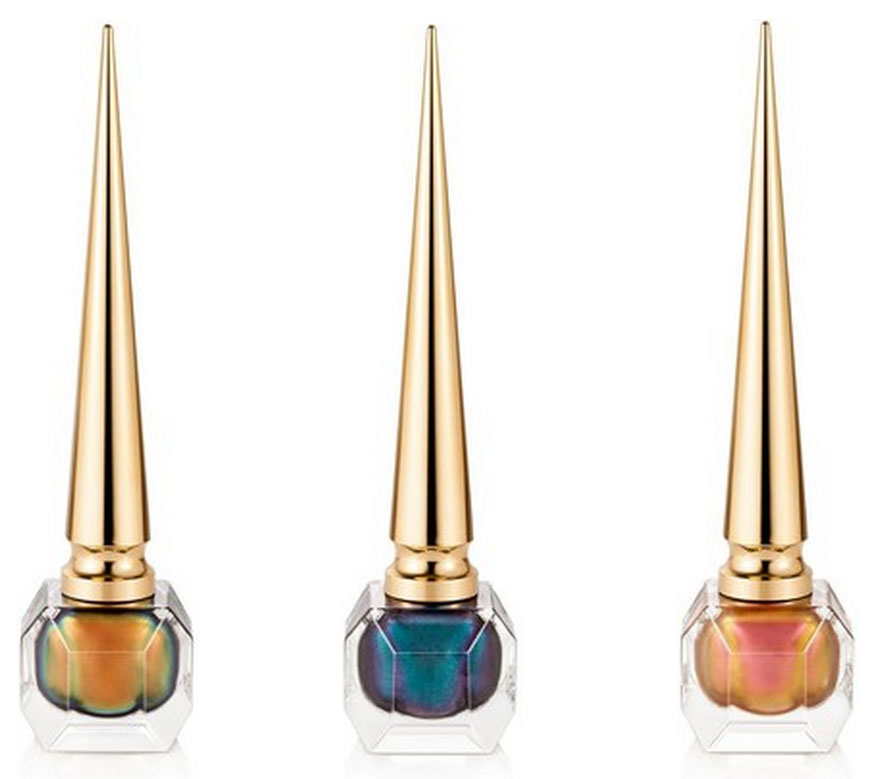 Christian Louboutin‘s nail polish line was a hit as soon as it landed in stores, and now the brand is venturing outside of its standard colors and finishes for a few limited edition polishes. The Christian Louboutin Scarabee Collection consists of two duochrome and one multichrome polish, all in special packaging with gold tops.

The collection is designed to mimic the color-shifting abilities of a beetle’s shell (thus the name “Scarabee”), and resulting polishes are beautiful, if not terribly unique–if you’re a nail polish person, you’ve seen similar color-shifting polishes elsewhere.

The uniqueness of color or finish has never been the range’s draw, though; instead, it’s the unique packaging and the allure of Louboutin itself. I can’t say I wouldn’t want to have a few of these sitting on my vanity. If you feel the same way, buy early–when these are gone, they’re gone. 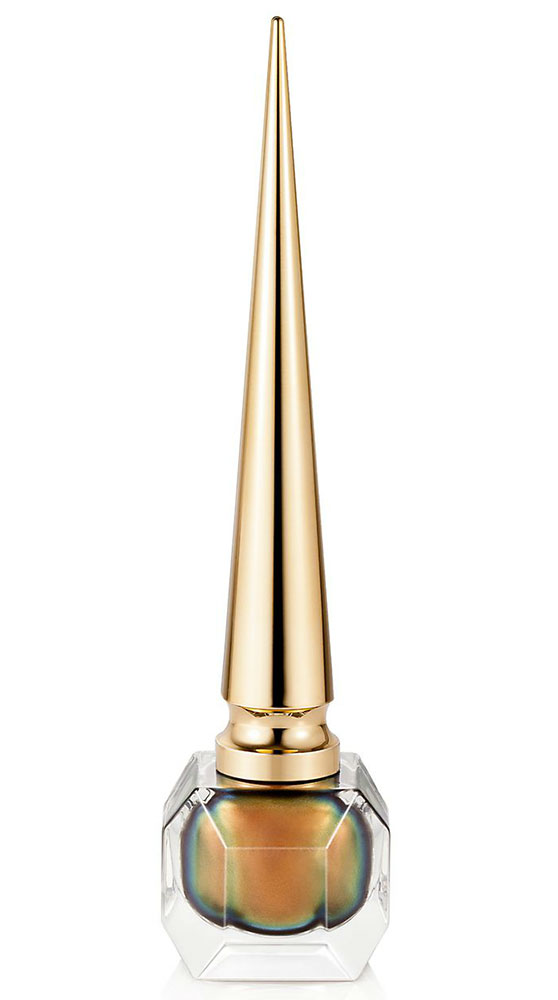 Love the color of the 1st one! No way would I shell out $50 for a polish, though.

Hmmm I wonder if Lisa Logan has them. She has a lot of access and I KNOW she’d have them!

I have some CL nail polish and don’t even use it. LOL haven’t painted my nails with it once… I use it as art. Heard that it’s not even any better quality nail polish and chips really fast