This Week, Celebs Love Céline Bags and Beyond 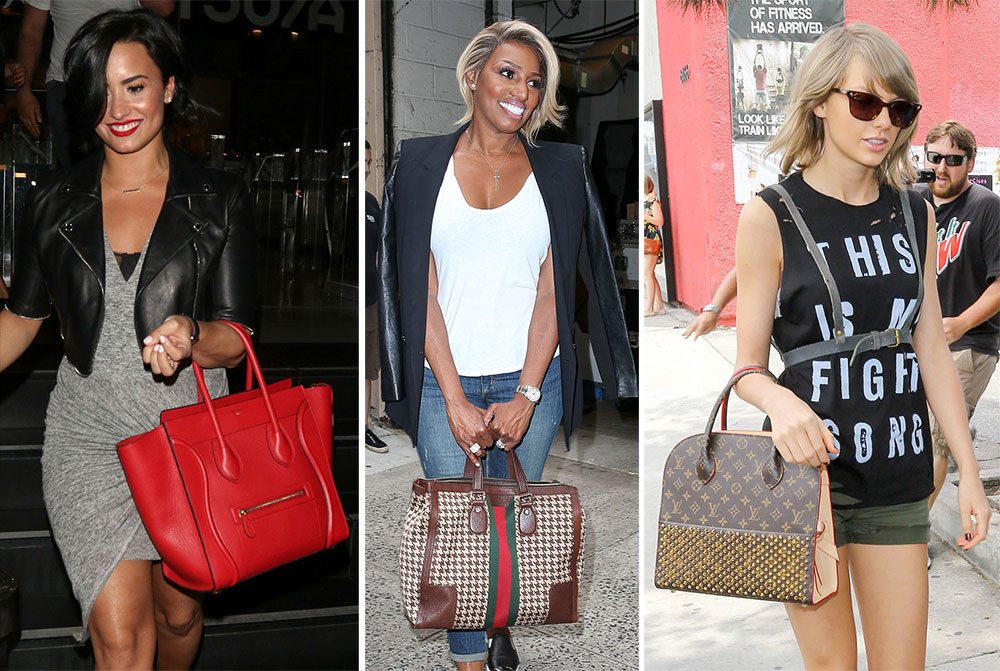 Céline still holds a firm grip on the hearts of celebrities, and they have the bags to prove it. Céline is still much beloved by hordes of less famous bag lovers, of course, but we can’t all bankroll the Luggage Tote collection of our dreams. Thus, we must live vicariously through Demi Lovato and Kylie Jenner. There are worse ways to get your kicks, I suppose. 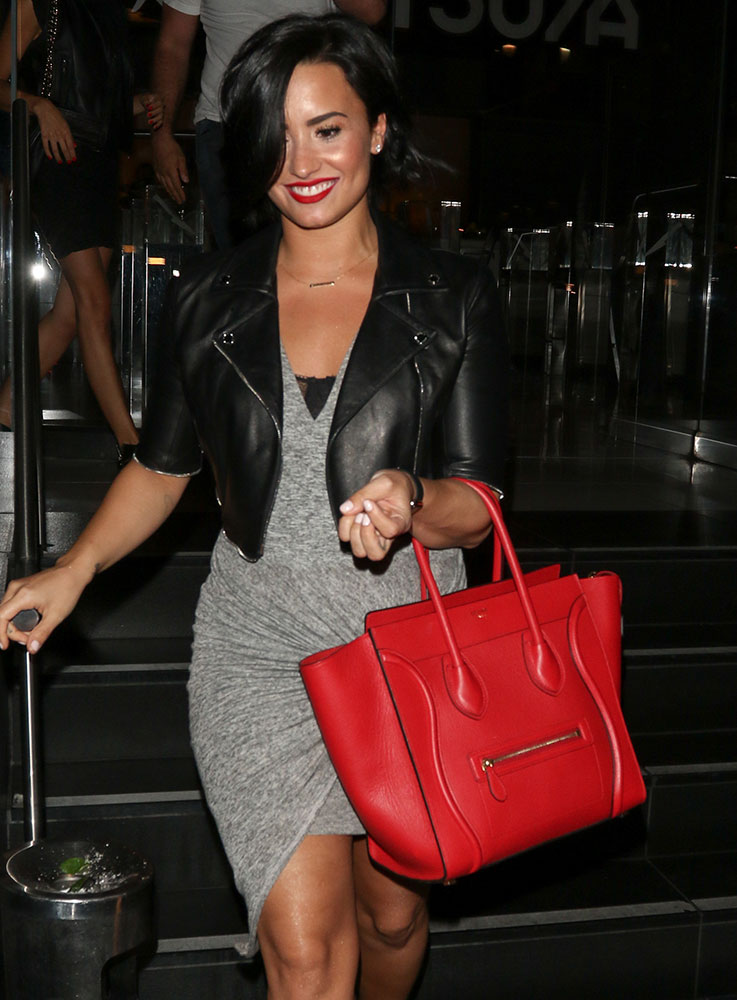 Here’s Hilary Duff leaving an appearance on The View in a super low-key jeans-and-tee ensemble that includes a basic black Céline Trio. 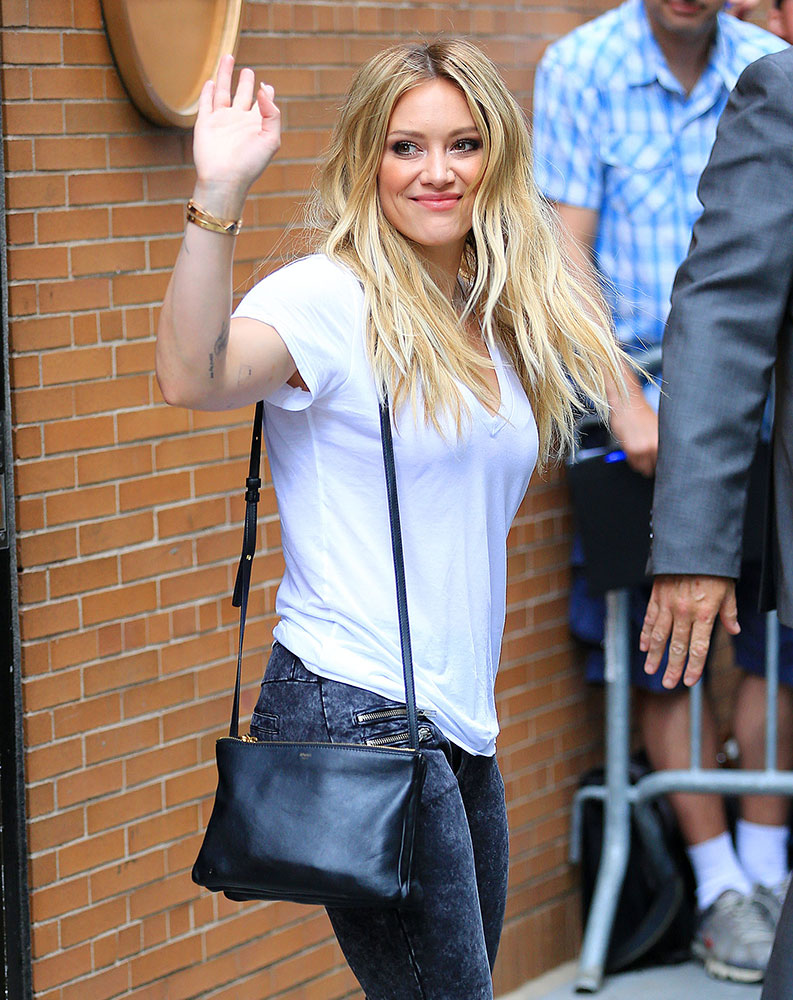 Yes, this is JANET JACKSON, cruising through LAX with an excessively elegant black croc Birkin. Janet, we love you, please come back to us. The celebuverse needs you. 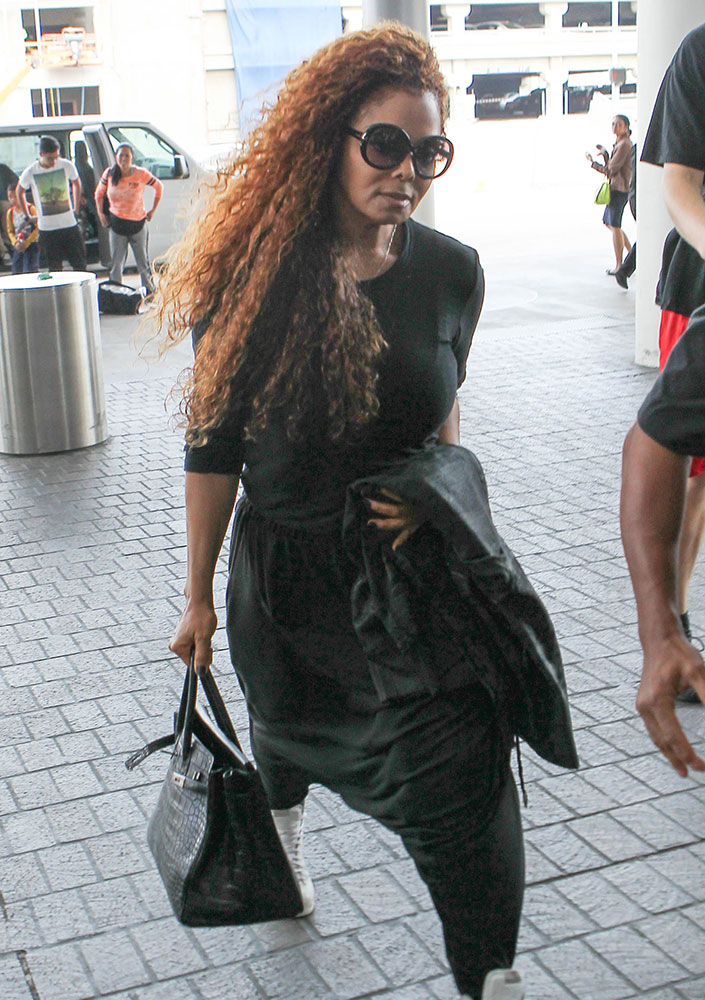 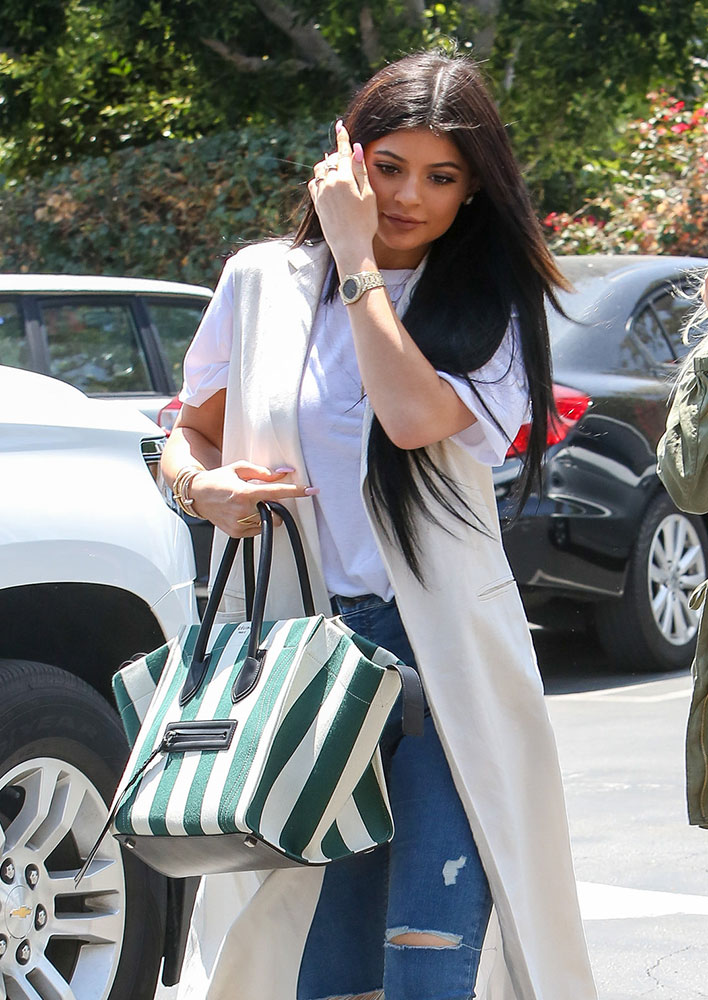 Nene Leakes recently filled in for Kelly Ripa on Live! With Kelly and Michael, and I feel that the powers that be should know that PB is strongly in favor of a Nene Leakes daytime talk show. Here’s Nene leaving the studio with a retro Gucci tote. 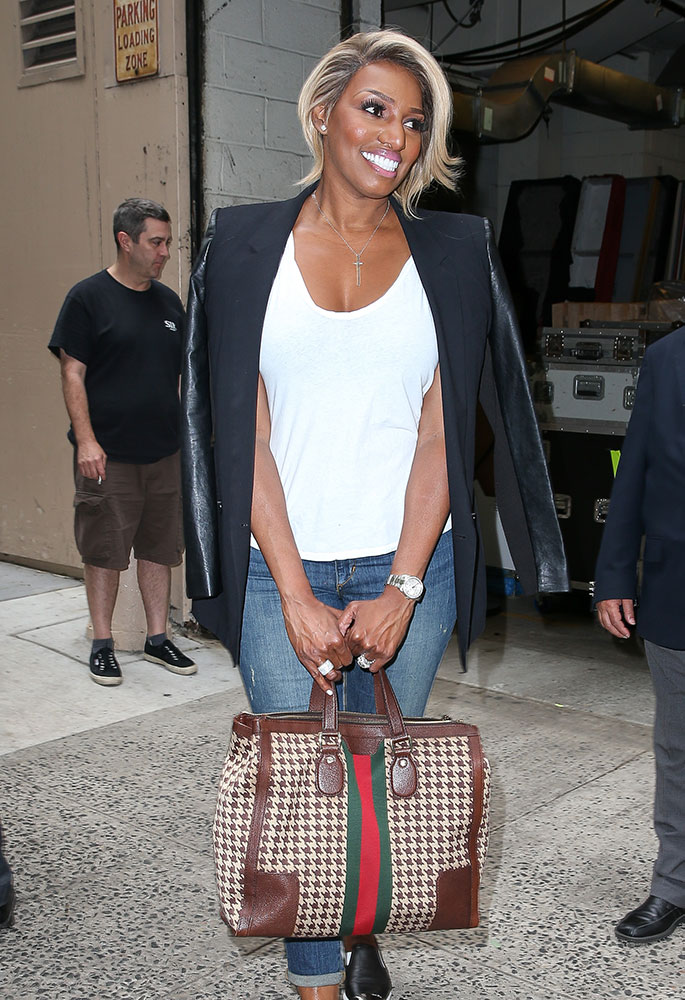 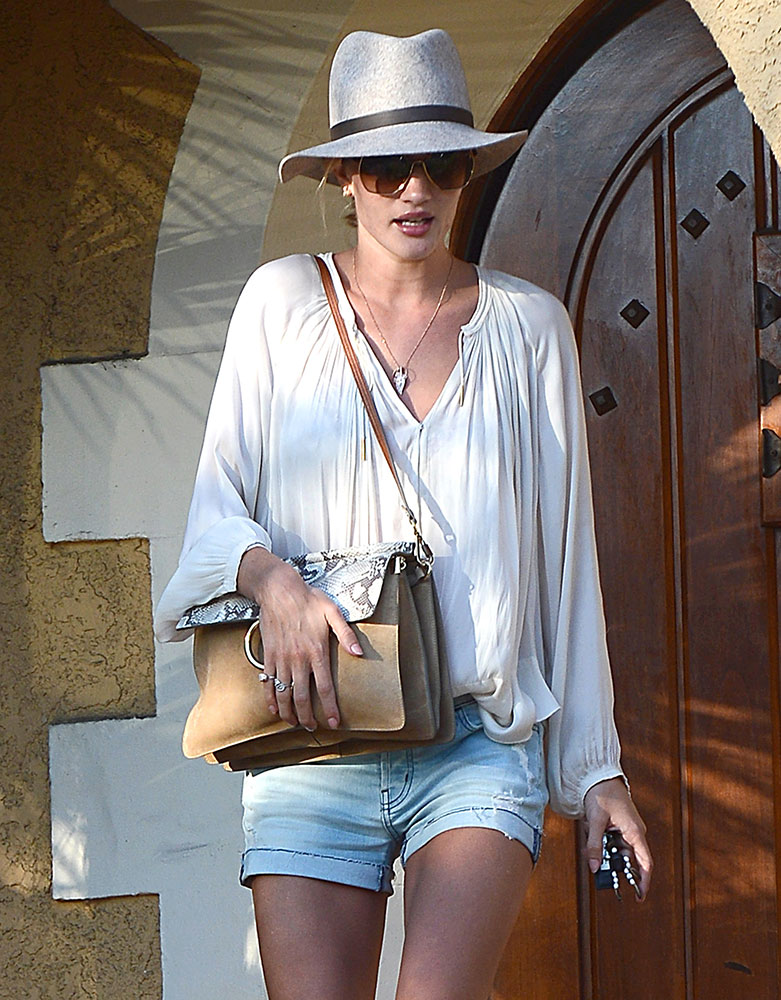 Taylor Swift was recently spotted hanging out in Hollywood with gal pal Selena Gomez. Her Louis Vuitton x Christian Louboutin Monogram Tote is popular with celebs, but a surprising choice for T-Swift, who has never seemed particularly fond of either brand individually. 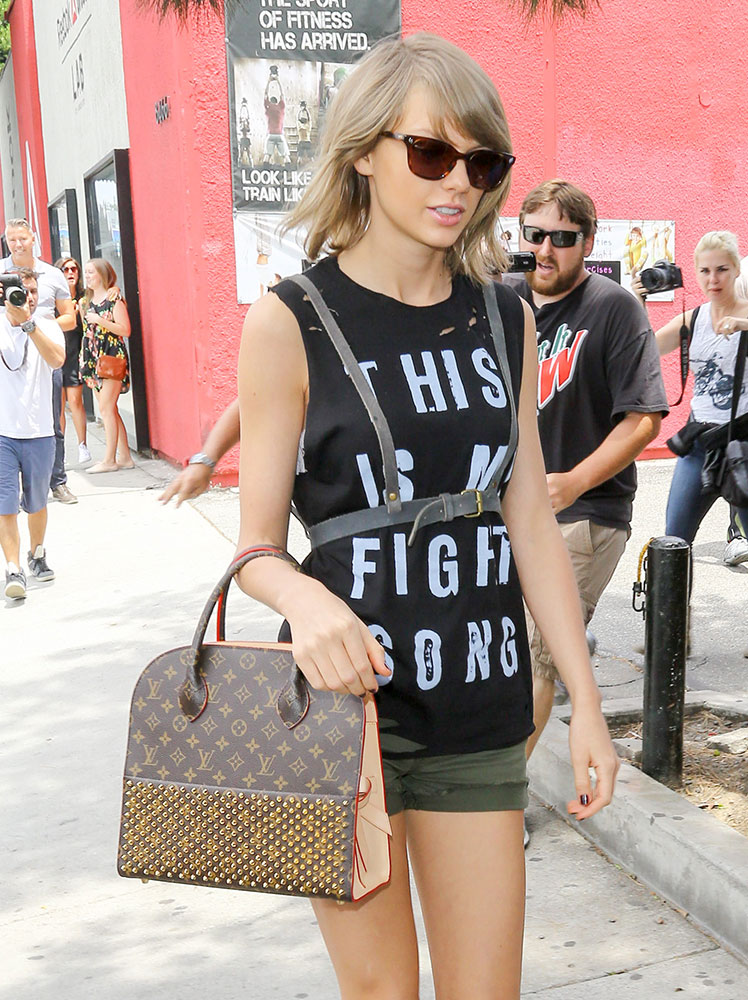 And finally we have Tia Mowry, shopping in Beverly Hills with her Givenchy Lucrezia, hopefully for a new pair of overalls. This pair looks a little drafty. 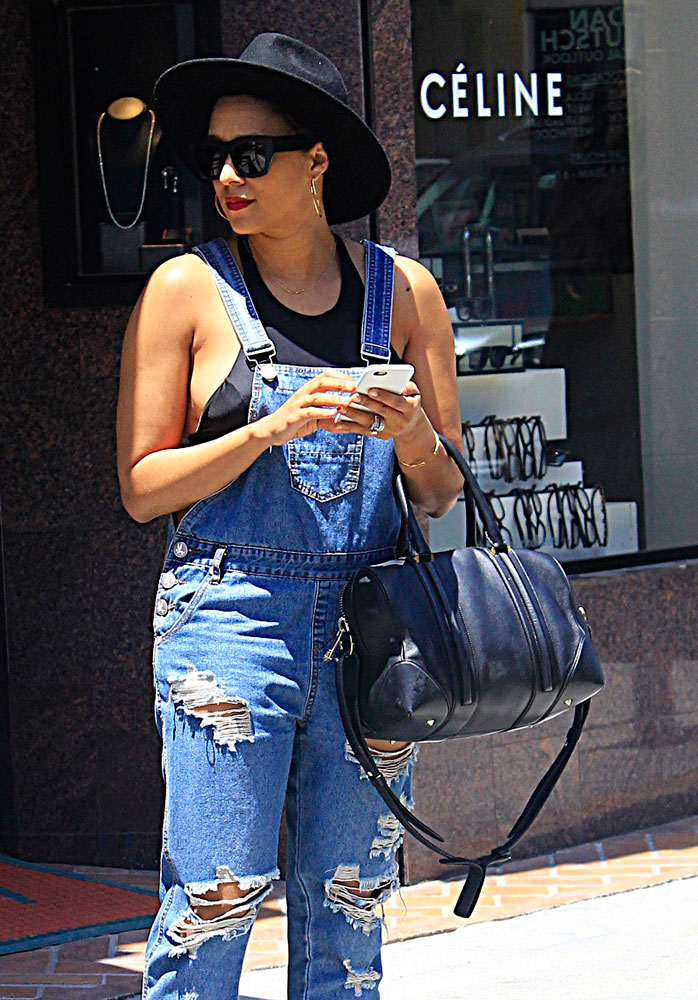 Tia is why I LOVE the Lucrezia- it looks great on her! Um, I love Taylor- really I do- but she looks so awkward and contrived in this particular pic…

The Lucrezia was 50% off, looks like they’re sold out though http://designerbags.me/item/s-p-product-0448497858184/givenchy-lucrezia-medium-top-handle-satchel

Demi is carrying a luggage tote, not a phantom. The zipper doesn’t have the braided pull and there is a zipper.

I AM GLAD YOU CORRECTED THEM!!! I WAS JUST ABOUT TO DO THE SAME. LOL

What the heck is that strap thing across Taylor’s chest? Is she wearing a backpack?

It’s a totally functionless harness unless someone attaches a leash to it.

No, it’s a fashion harness.

a harness…there were a lot of Zana Bayne harnesses/leather pieces in the Bad Blood video but this doesn’t look like Zana Bayne (beautiful work as seen below) nor does it look particularly chic. TBH her whole ensemble here is wonky.

Ah ok. Thanks. It seems like a pretty useless fashion accessory, but the leather one looks good with certain outfits.

The harness is from Free People. Looks better on the model.

oh yeah I forgot they were doing those! Free People has recently done some bondage-inspired lingerie too, which is kind of bafflingly off-brand for them, I think?

A fashion harness —- wow. File this under ridiculous trends that I hope never launch.

Janet Jackson has won at life!

For the love of leather robots. Can we stop with the Celine Luggar bags. Blech!!!

I LOVE JANET! She can do no wrong in my book.

Gotta give a huge no on a Nene Leakes show. But, I like her new hair better.

Thank you! Tired of seeing the Luggage Totes everyeffingwhere. Sooooo played out already.