Last Week, Celebs Were on the Move with Louis Vuitton, Gucci and Coach 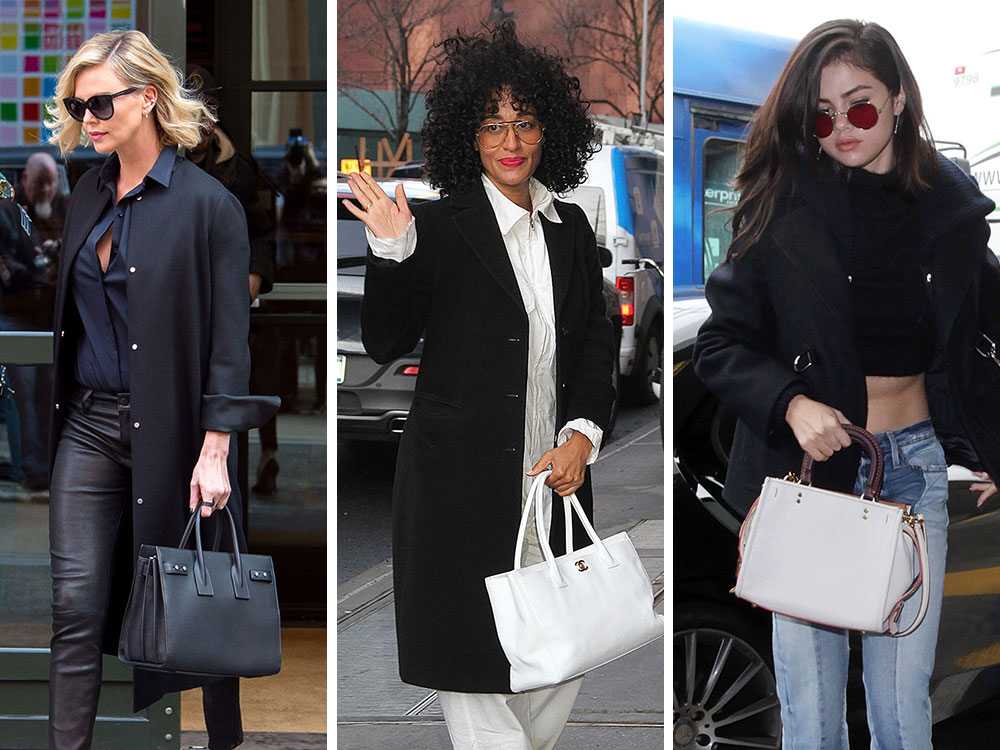 Only half of these celebs seemed to have any time to spare for paparazzi (regardless of how well they dressed for the viewing public), but luckily paps got some decent snaps of their beautiful new bags as they whizzed by. Louis Vuitton is certainly the celeb favorite of this round, especially among the LA crowd, but there are some interesting selections from Gucci, Coach and Balenciaga as well.

Here’s a rare shot of Charlize Theron, obviously agreeable to being viewed by the public in NYC. She’s carrying a black leather Saint Laurent Sac de Jour while making the press rounds to discuss her new Netflix series Girlboss. 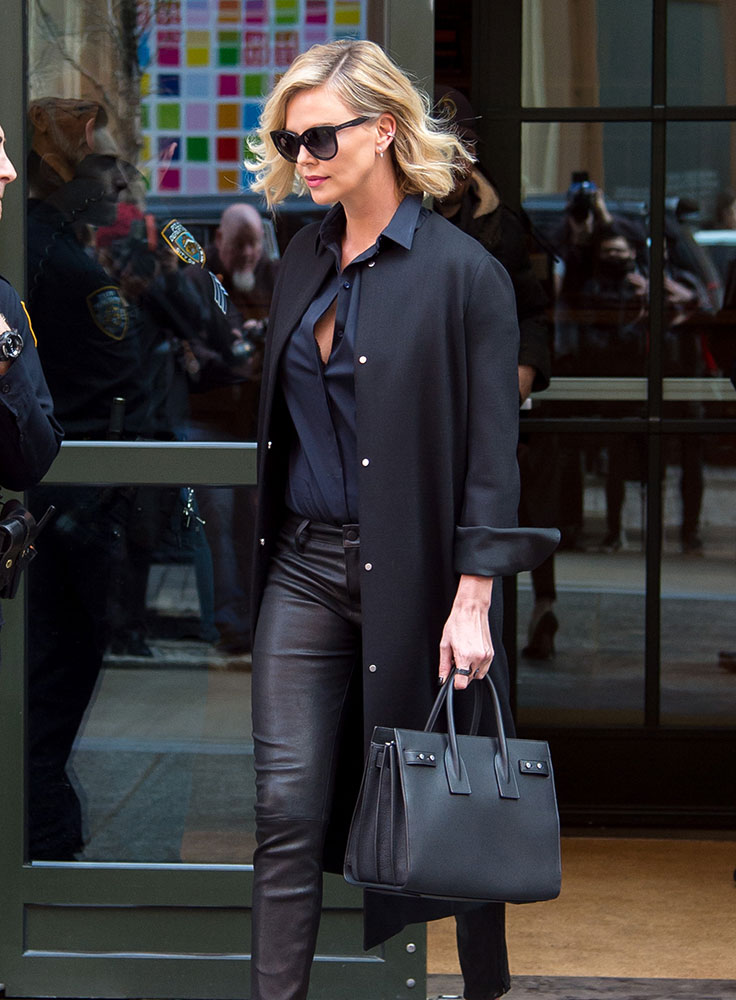 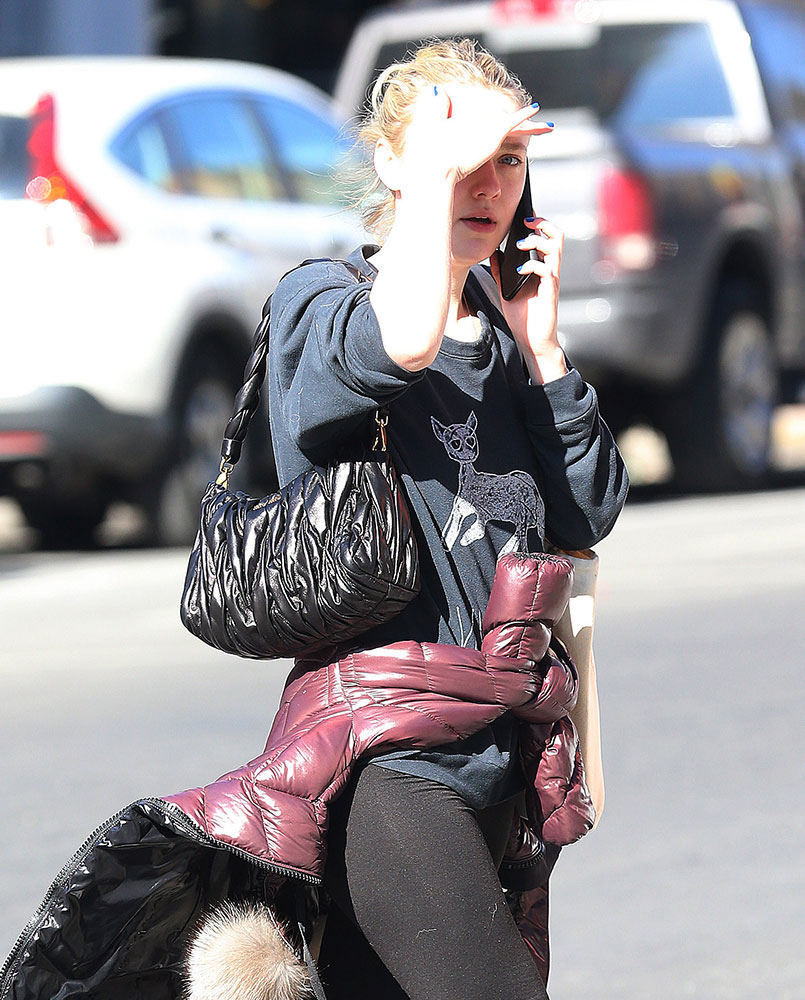 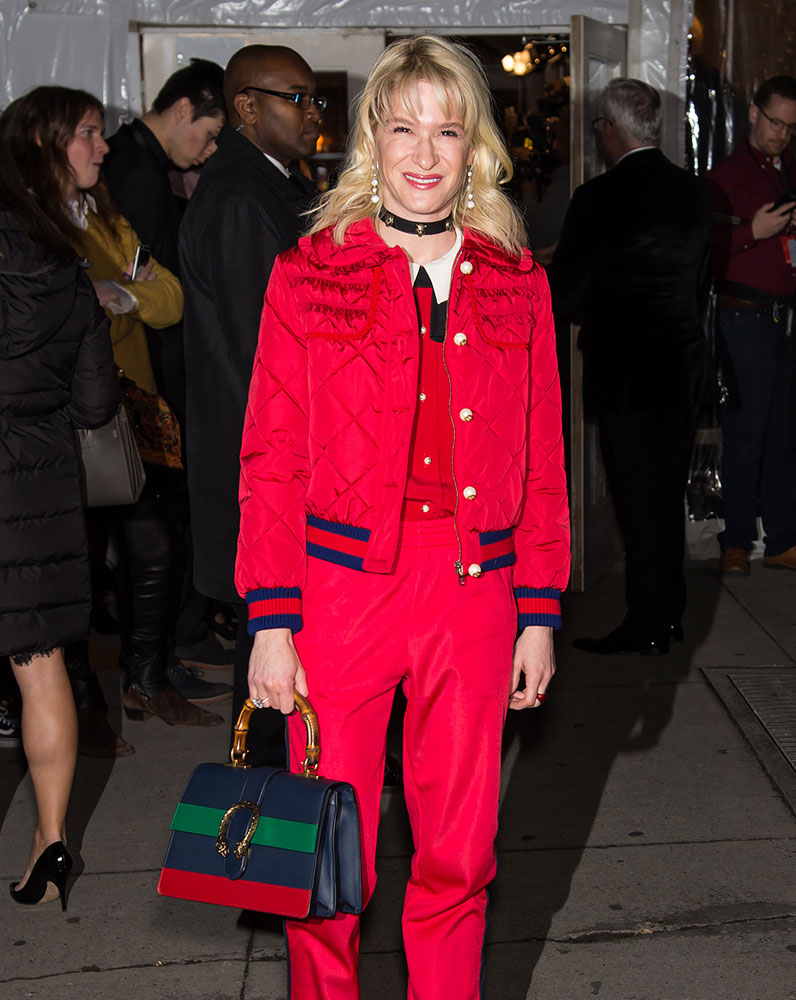 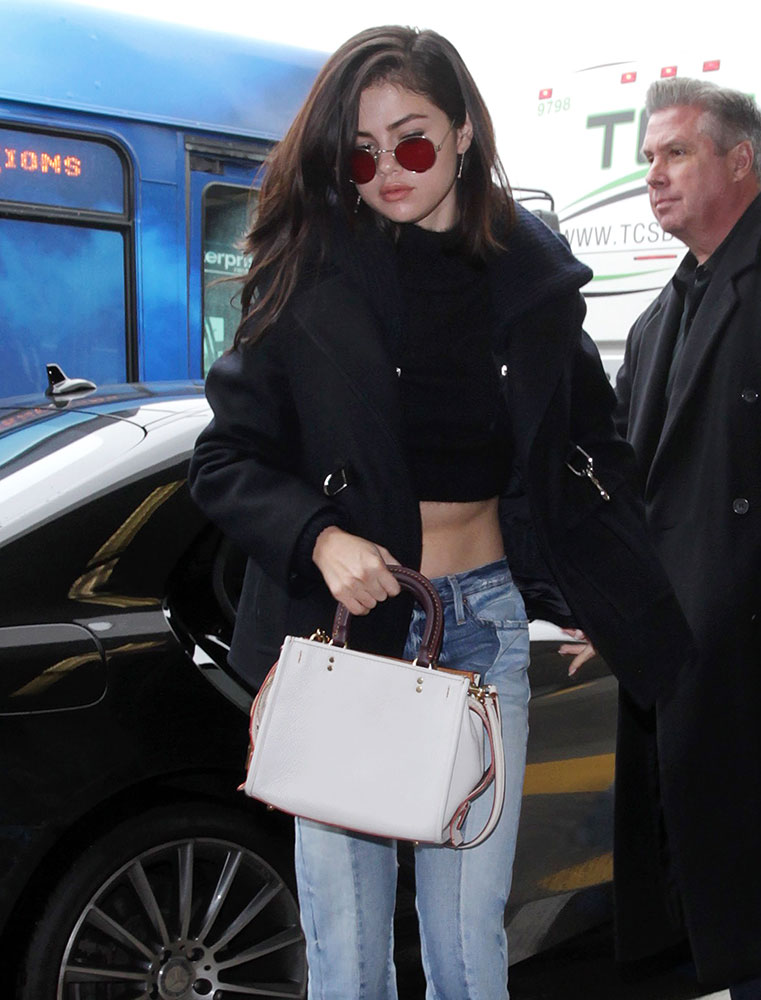 Game of Thrones star Sophie Turner has finally popped on to our bag radar. She was also seen rushing past paparazzi at LAX last week with a studded, floral Louis Vuitton Capucines Bag. 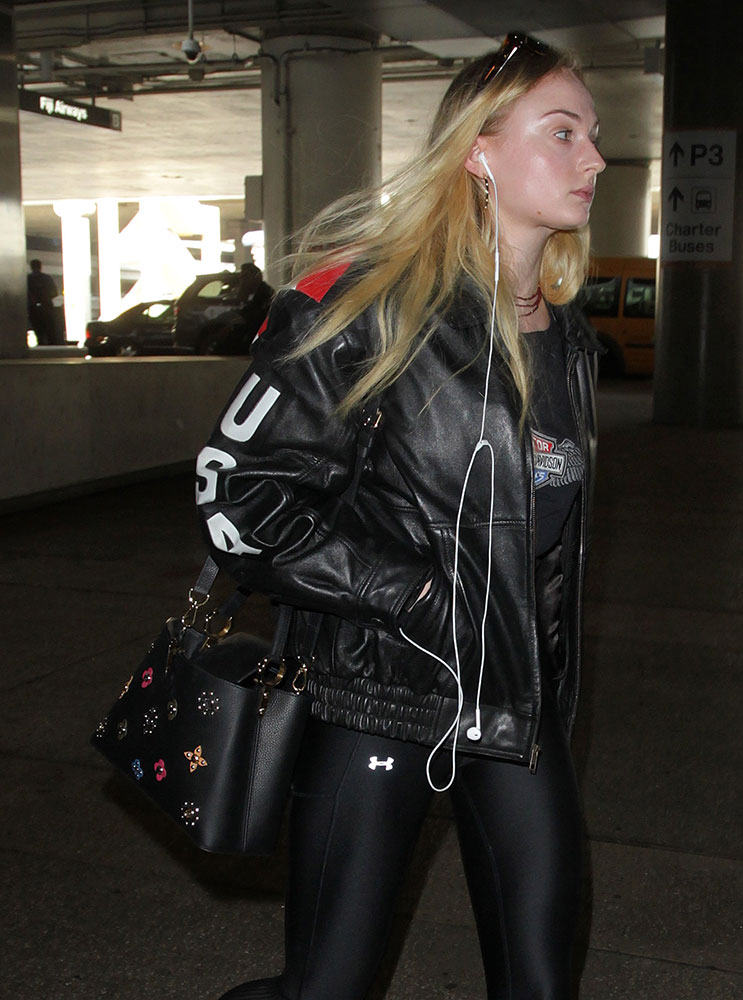 Here’s Tamar Braxton, heading in to The Doheny Room in West Hollywood with the ever-popular Louis Vuitton Palm Springs Backpack.

Finally, we’ll wrap this up with a double dose of Tracee Ellis Ross, heading in to an appearance on The Daily Show with a Balenciaga Bazar Shopper. Tracee is doing some promo for the new season of her hit show, Blackish. 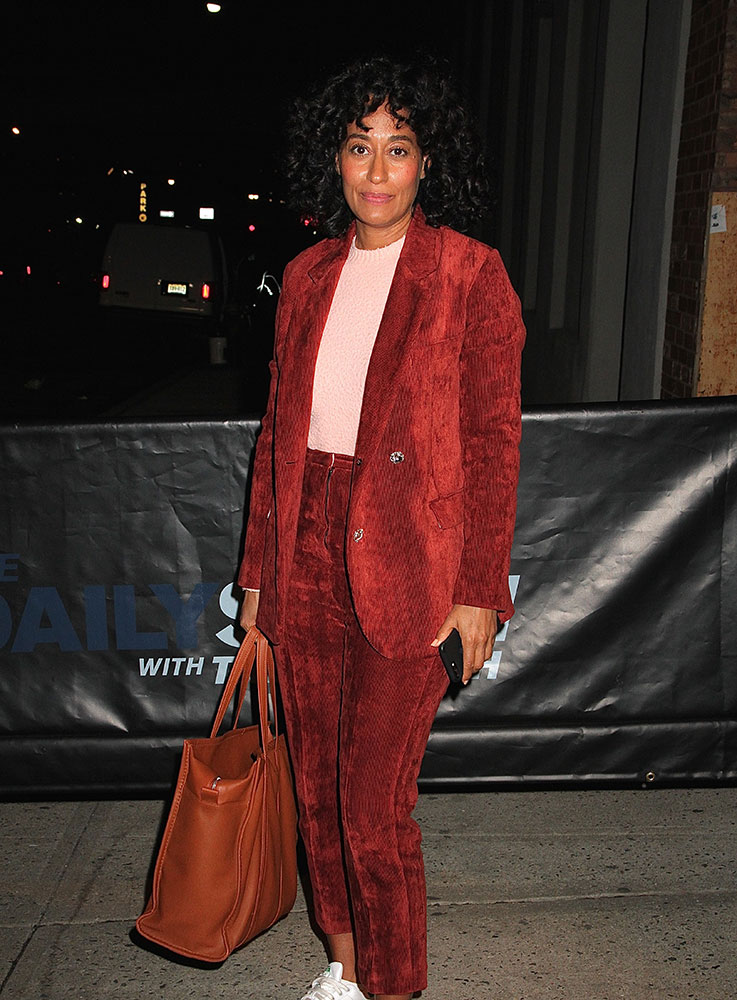 And here she is again, arriving to film an episode of The View. As you can see, she’s switched out the corduroy pantsuit and Balenciaga bag for a crisp white jumpsuit and Chanel Cerf Tote. 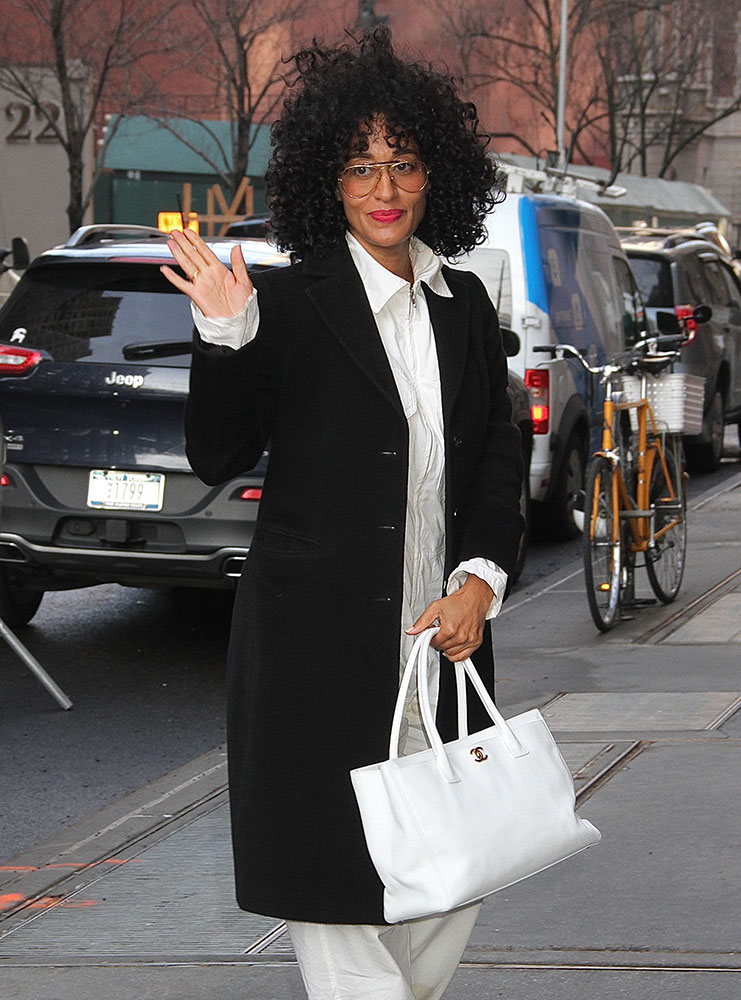 That Miu Miu bag looks like it was made out of a Hefty bag. Too bad I’m not fond of white handbags but that Chanel bag looks gorgeous.

I’ve never been crazy about Miu Miu quilting. That combined with the shine looks a bit cheap.

That last pic of T.E.R. is stunning. Her style is always so cool.

T.E.R. is my favorite celebrity. Would love to see more of her style and bags.

That Chanel tote is gorgeous in white!