The Many Bags of Kimora Lee Simmons 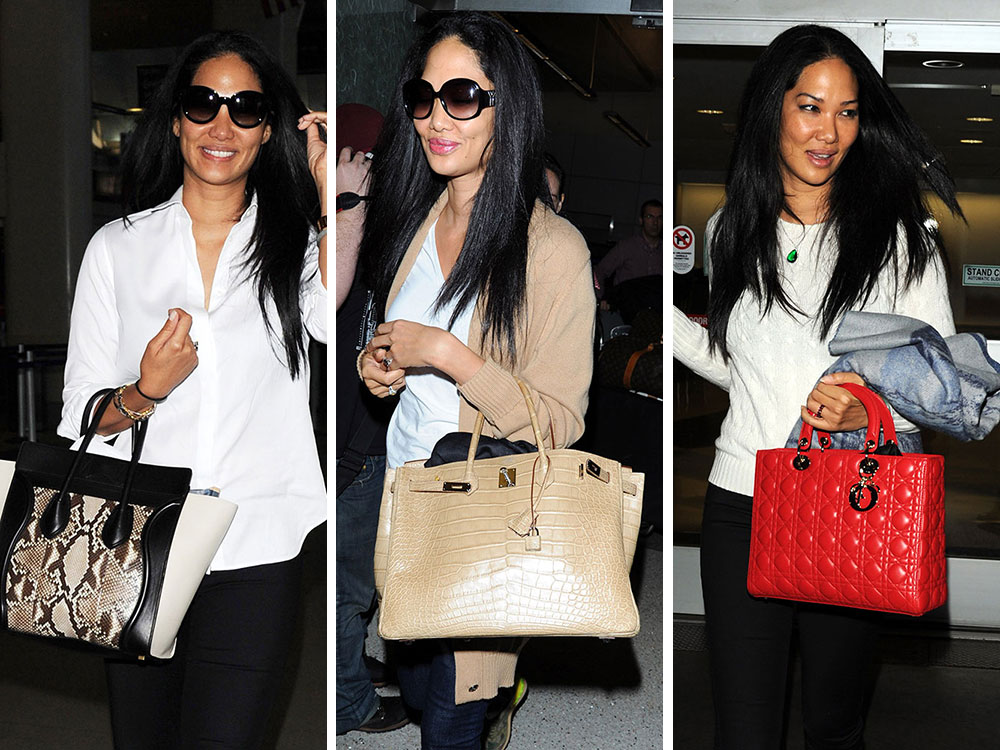 Plenty of models dream of becoming Kimora Lee Simmons. She’s parlayed the runway work of her teens and 20s into a career as a media personality, TV star and head of some extremely successful clothing lines. Even if you never saw any of the ads she shot as a young model, you know exactly who she is.

Like most successful women whose careers began in fashion, Kimora also has a serious love of handbags, and Hermès in particular. We picked through nearly a decade’s worth of paparazzi pics to give you the highlights below.

Even though some people are over the Céline Luggage Tote, it will always feel classic to me in this type of color and material combination. 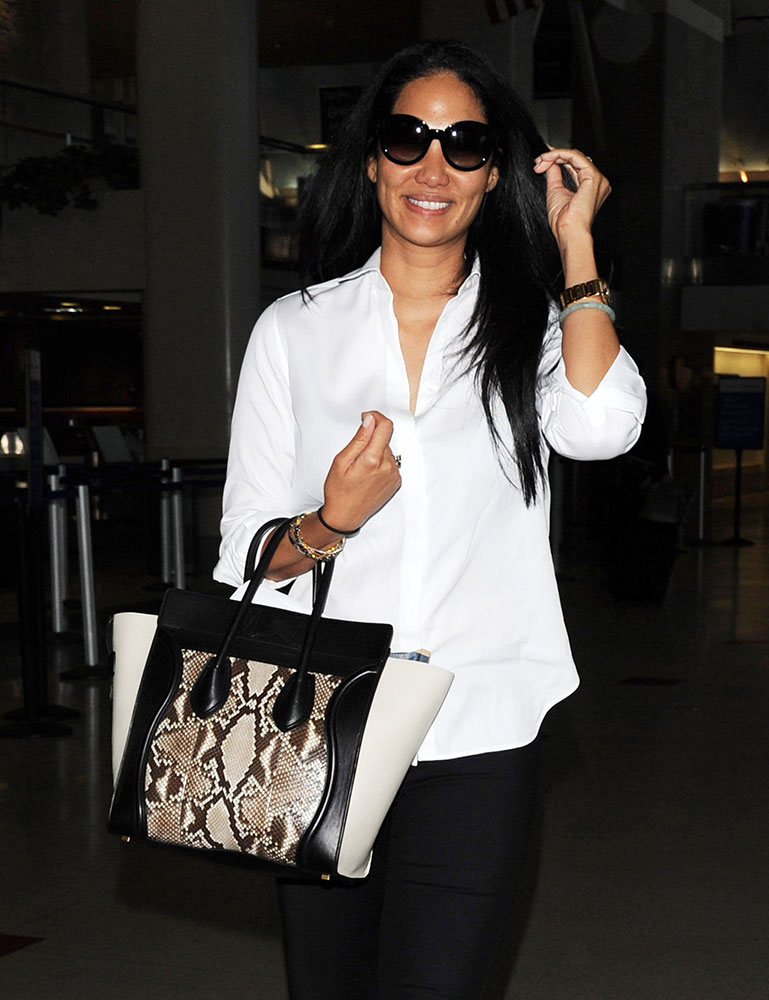 Kimora worked with Chanel in her modeling days, so I figured we’d see more of the brand reflected in her collection, but I just spotted this one bag. I’m guessing there’s much more in that closet somewhere. 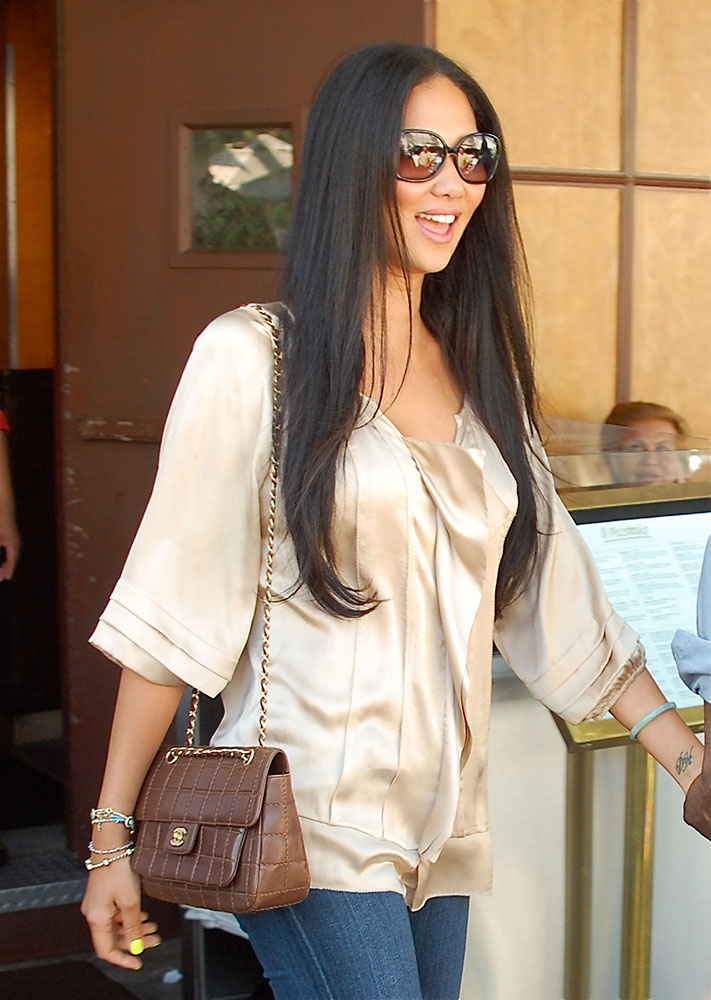 This size of the Lady Dior is such a good Birkin alternative: functional, sophisticated, luxurious. 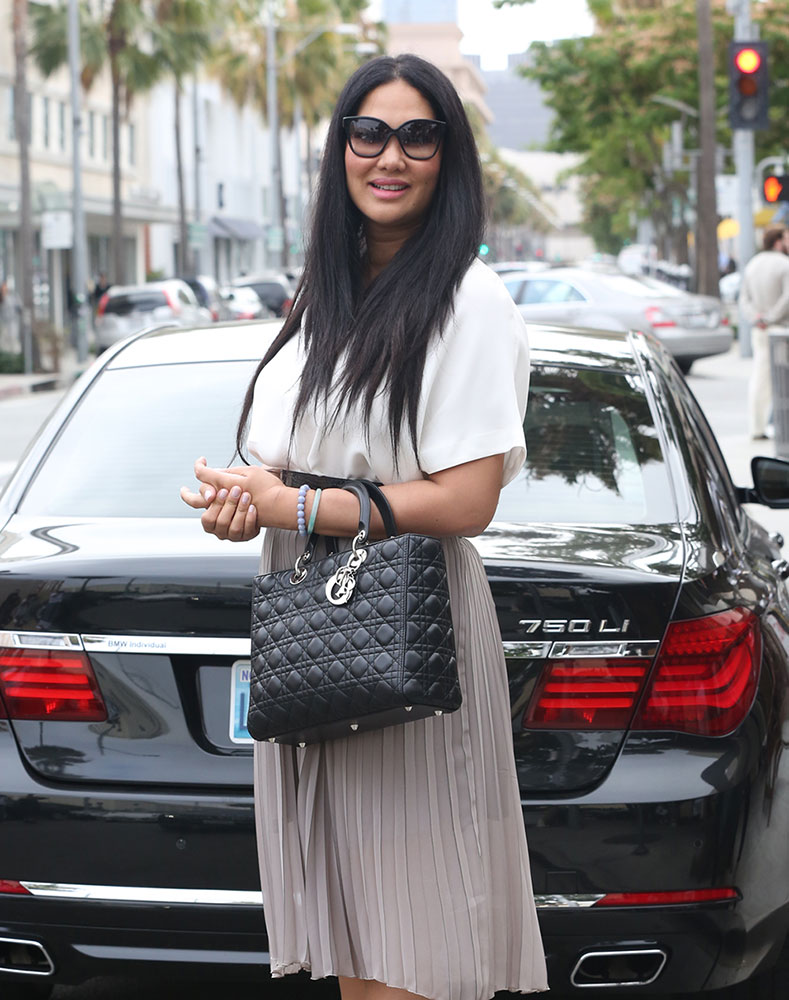 Kimora has two of them, because why not? 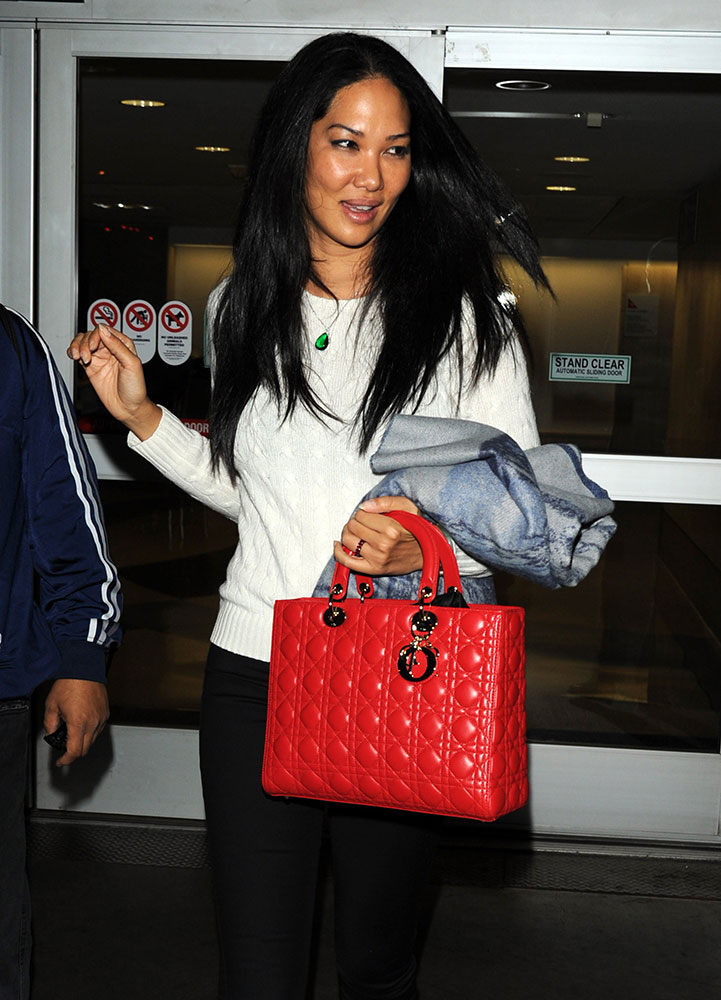 And now, a little throwback before we get into the meat of her collection. 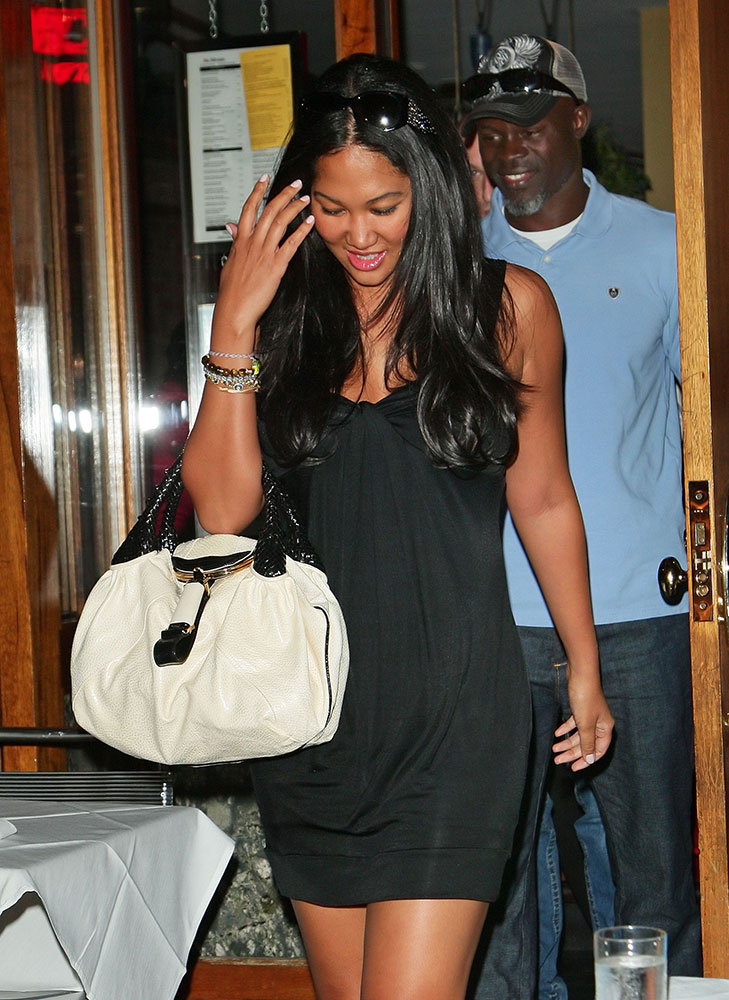 Naturally, the meat is made up of Birkins. 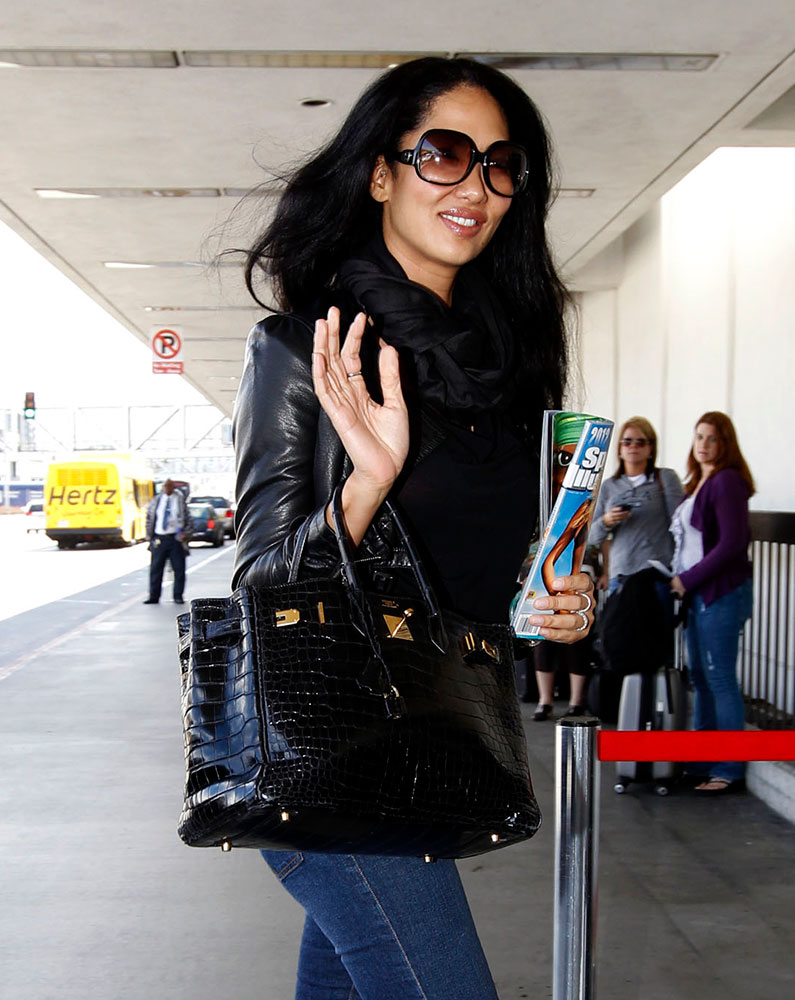 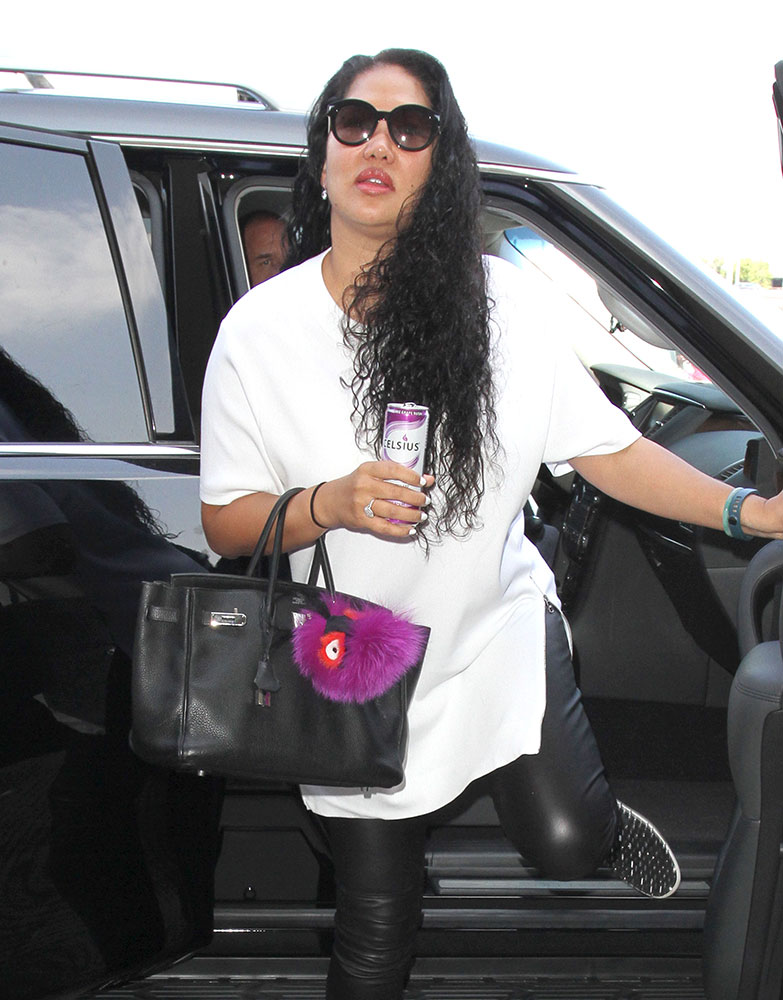 Remember circa 2007 when Blue Jean was the most important leather color in the world? 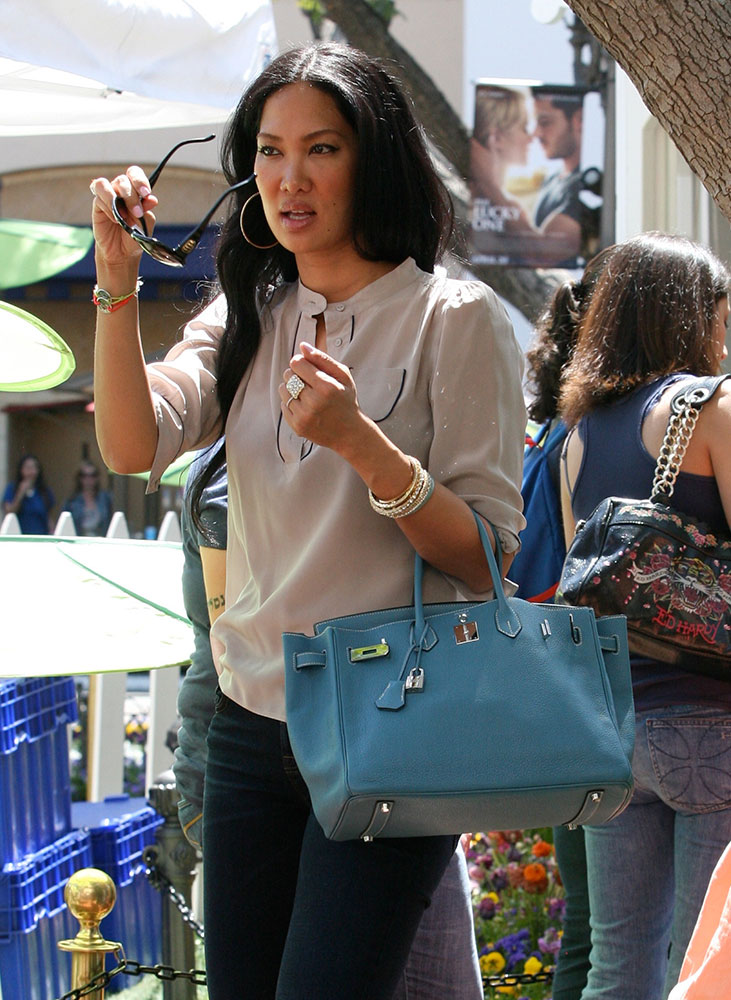 I feel like stars start buying ostrich Birkins when they get bored of regular leather and croc and want to stretch their legs a bit. 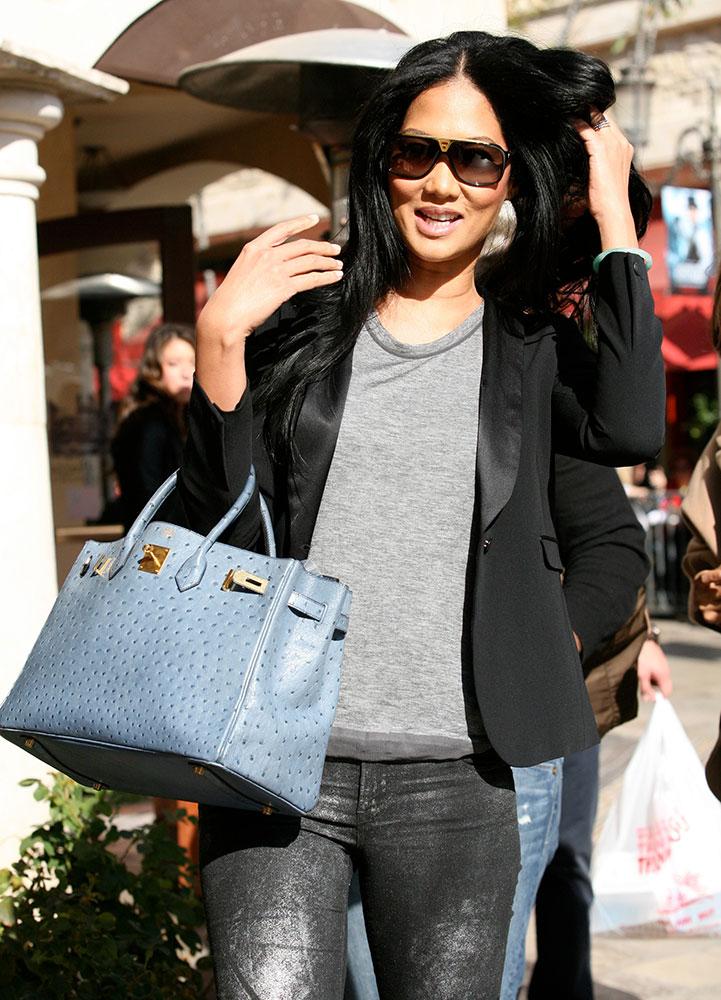 And Kimora has a lot of exotic Birkins. 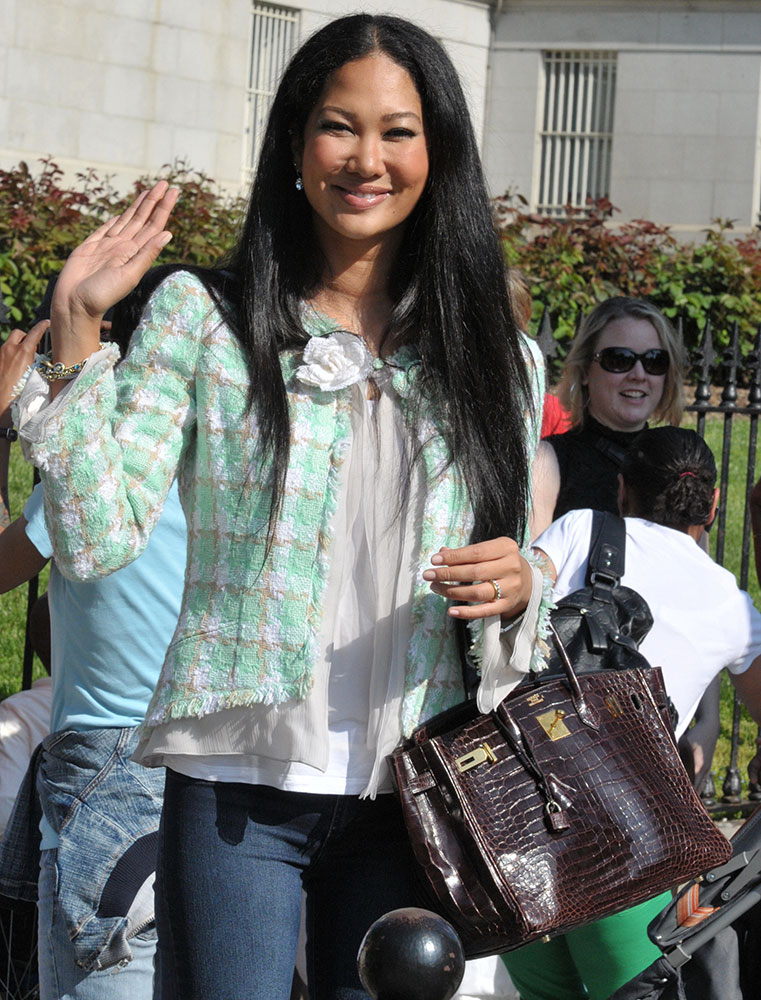 I think this one is my favorite of them. 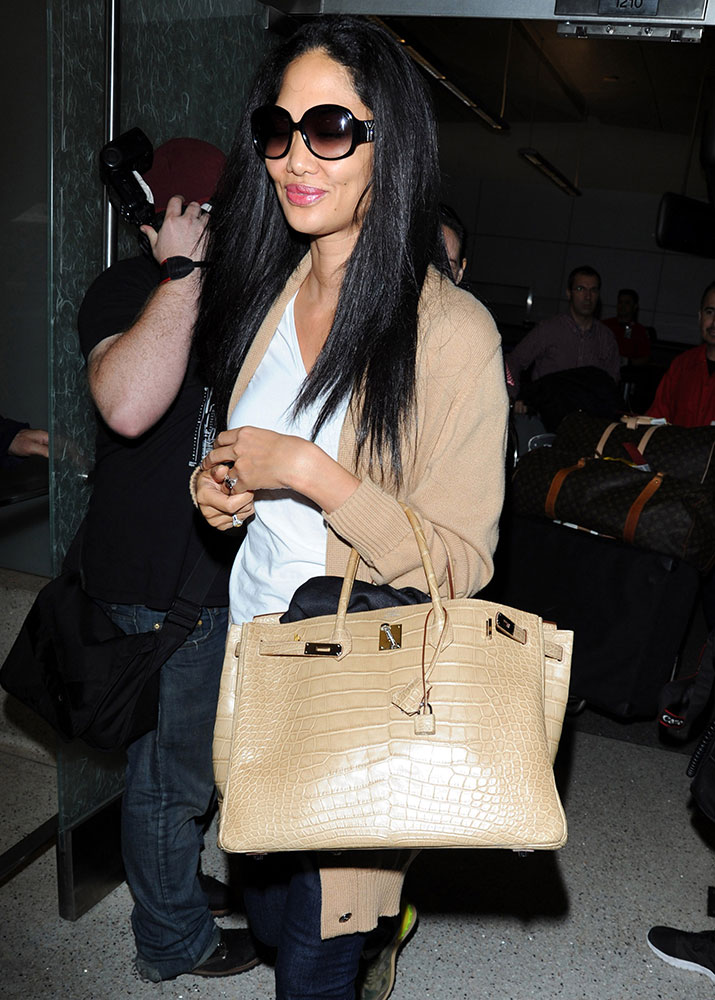 I bet she, like Kris Jenner, has her own Birkin closet. Why not? 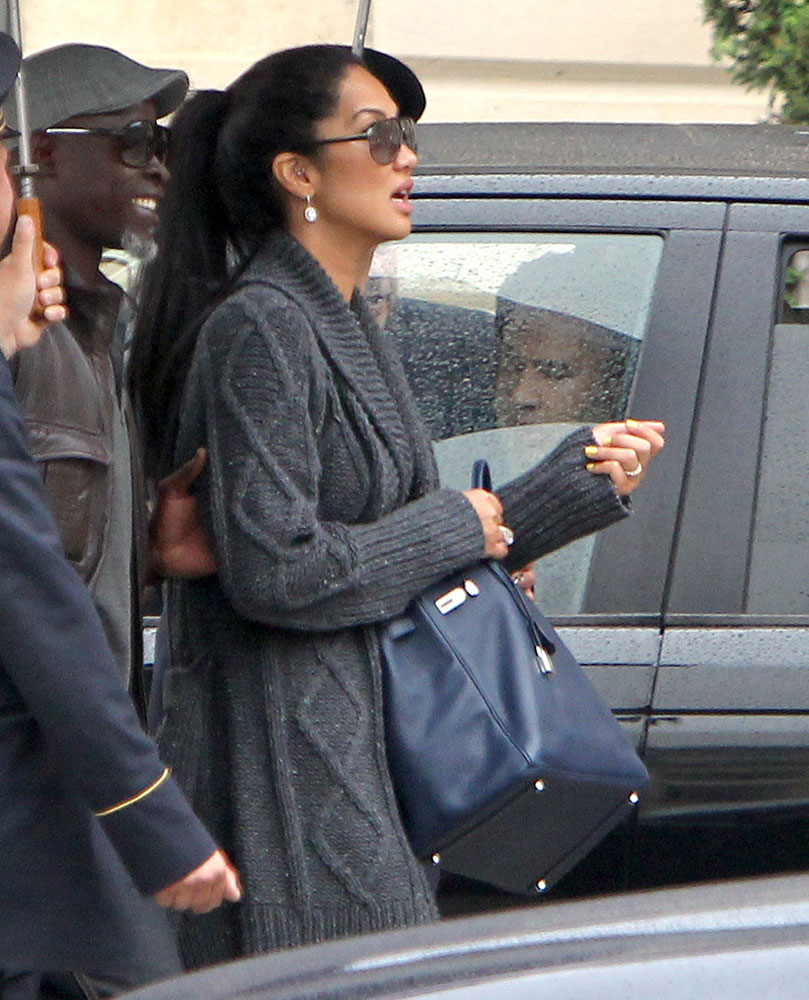 More ostrich! This one gives me Victoria Beckham vibes. 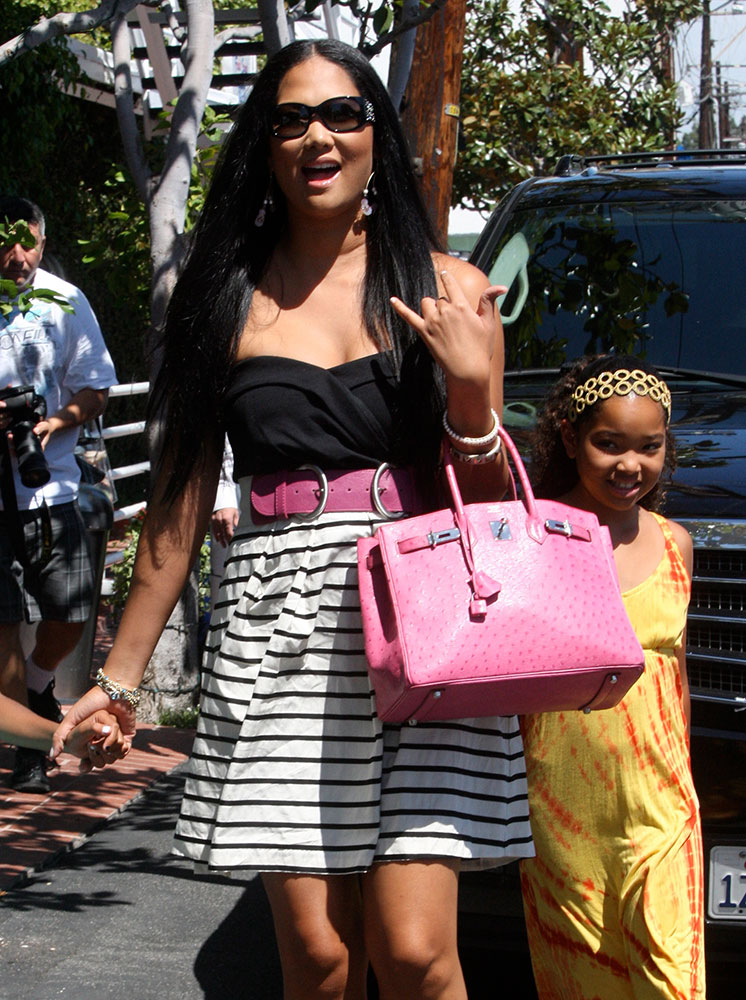 Kimora has carried this one quite a lot over the years. 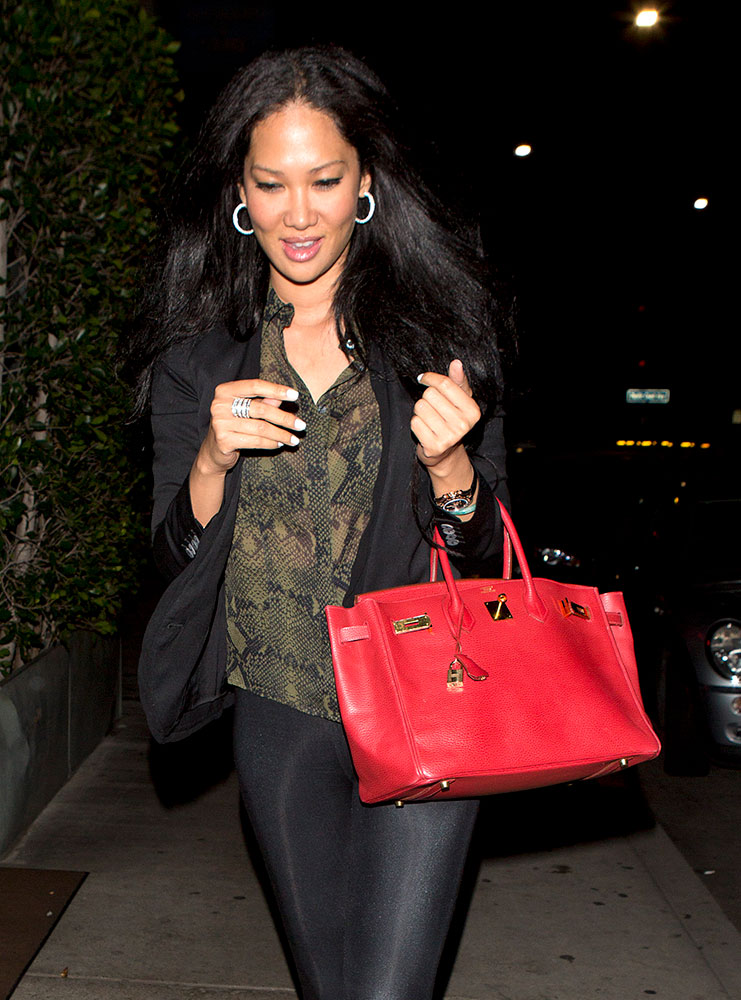 Unlike some celebs with a zillion Birkins, Kimora seemed to use all of the ones we spotted multiple times over the course of years. 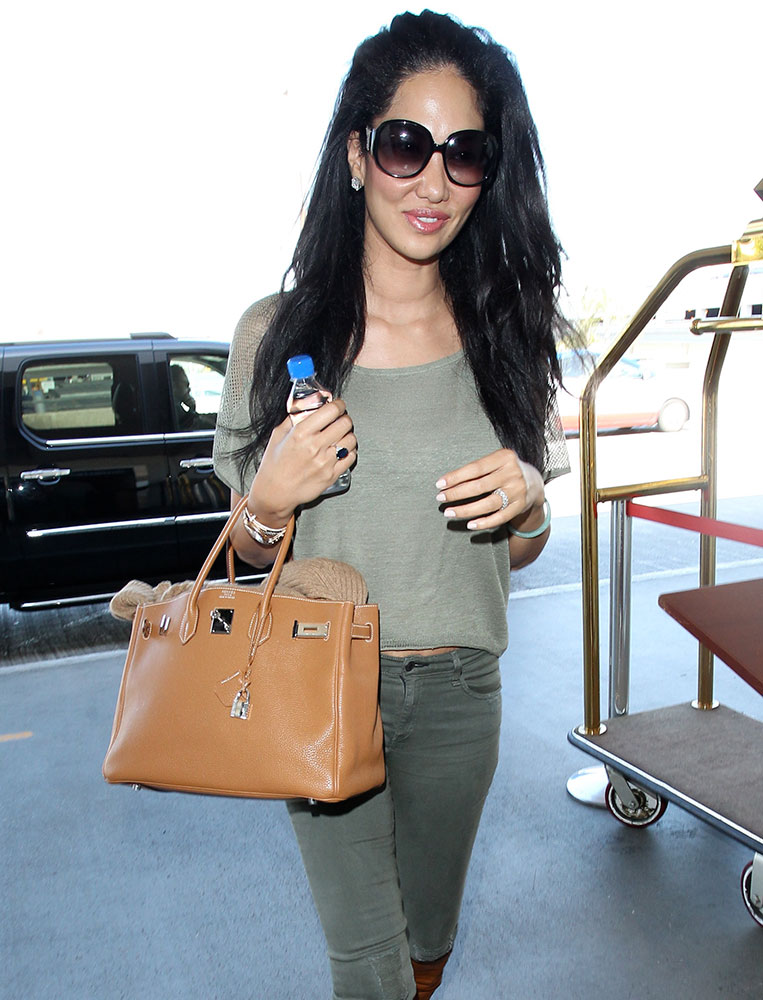 This Birkin is so blindingly white it doesn’t photograph well. 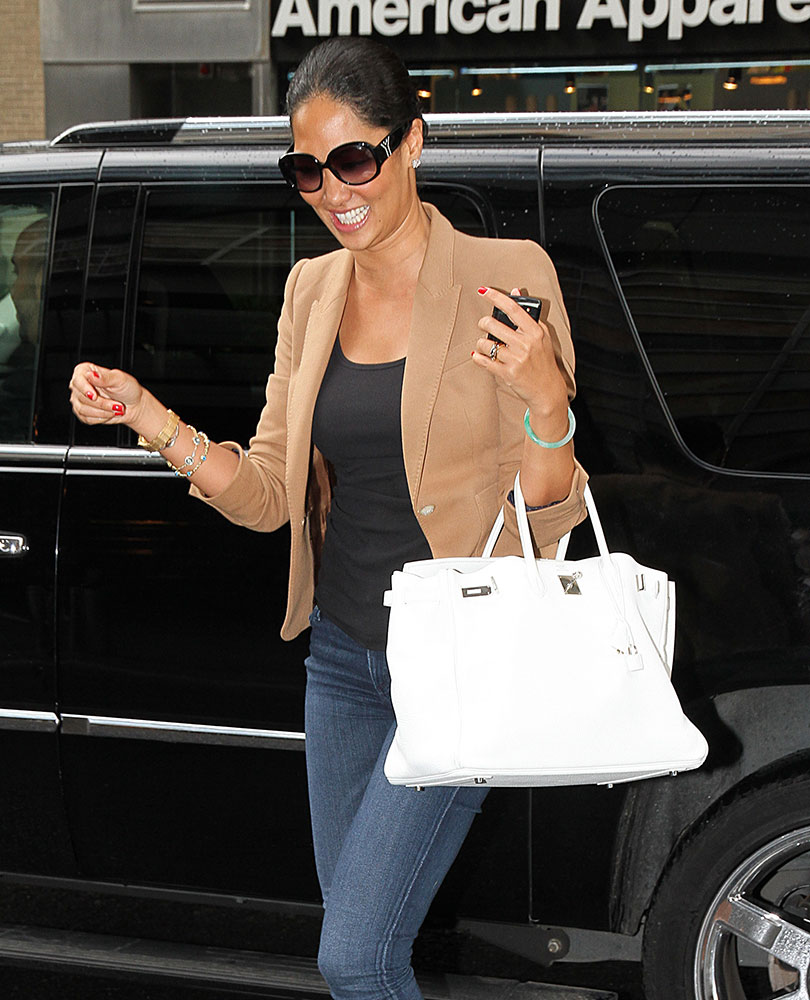 You know Kimora is a real Hermès pro because not only does she have exotic Birkins, but she has an exotics HAC. 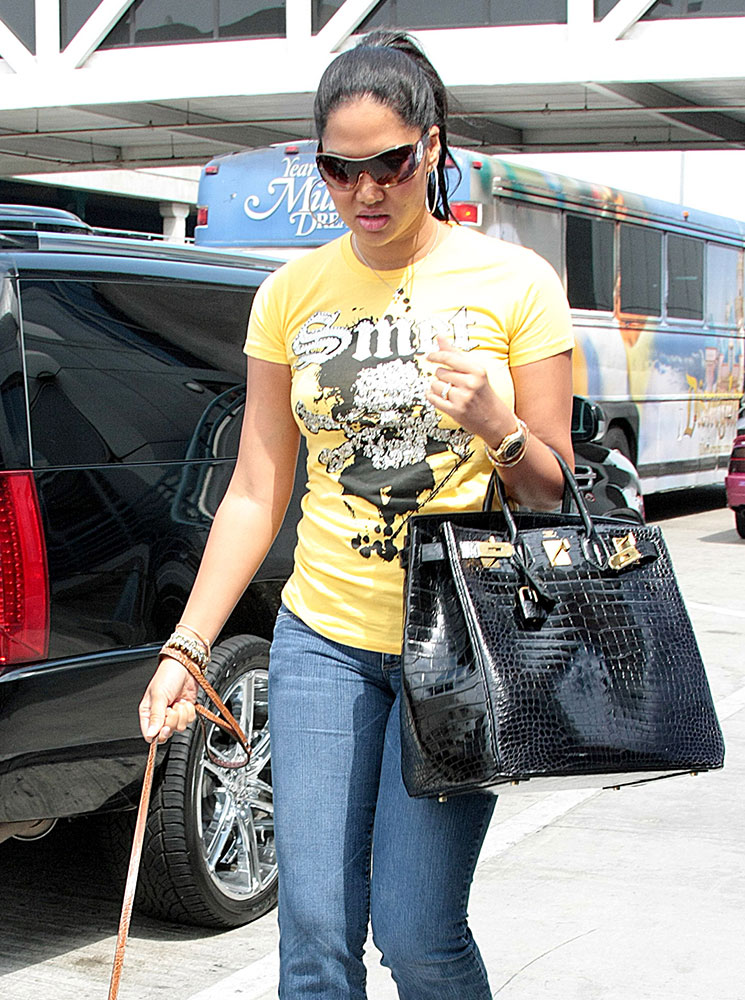 We only found one lonely Kelly in Kimora’s public collection, but as with her lone Chanel bag, we suspect it’s not alone on her shelves. 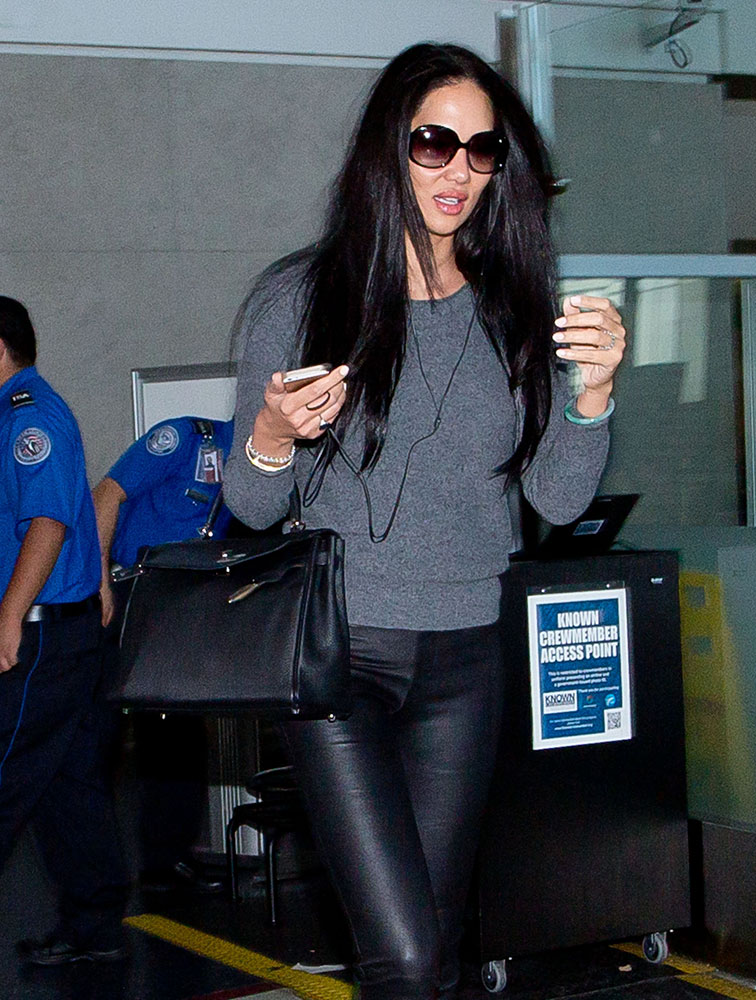 The best part of digging into the bag collection of someone who’s been both rich and famous for a long time is seeing the bags you forgot were hot like 10 years ago. 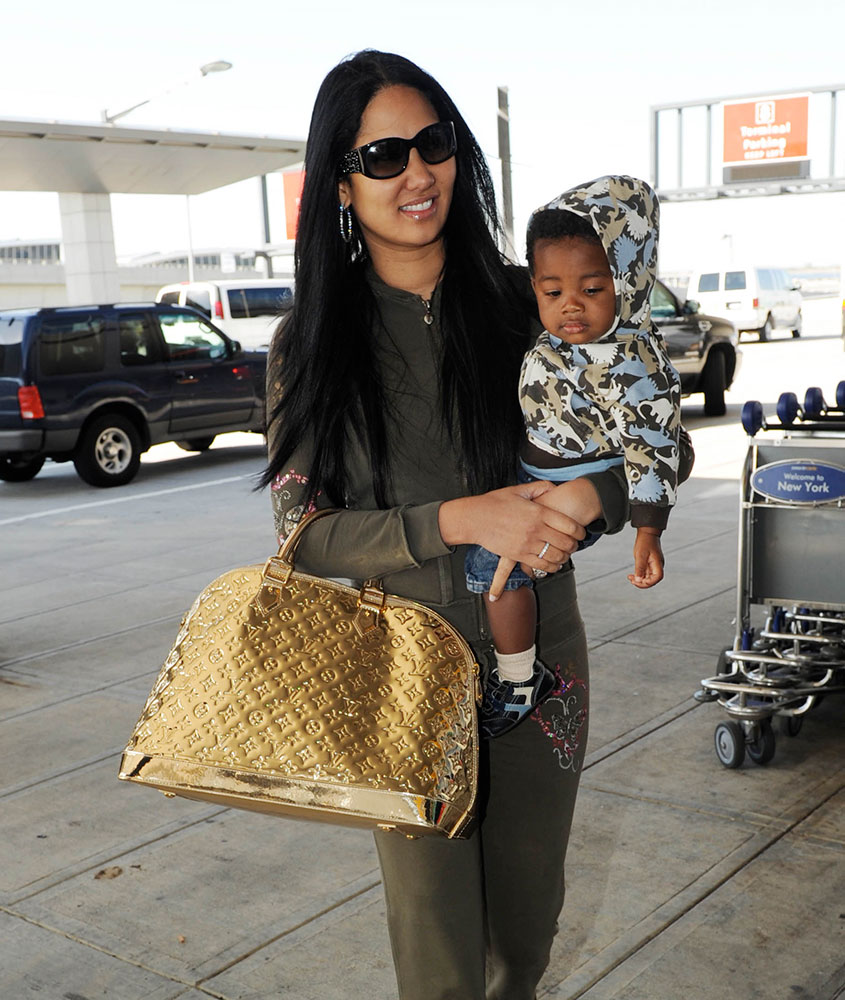 The Louis Vuitton Neverfull is a go-to baby bag for so many women, both famous and not. 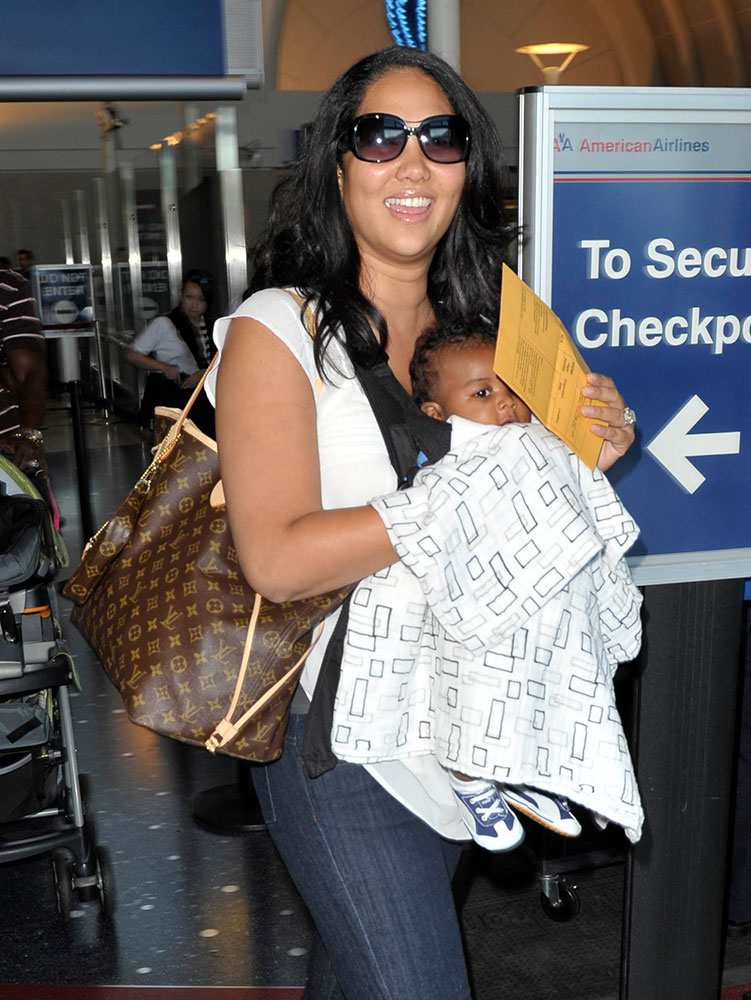 I love her Lady Diors! It’s not often you spot them in the large size which is my favorite size.

I forgot how much I loved Kimora. Not sure how recent most of these pics are but some of them really capture her at the height of her chicness and I’m here for it!

“So blindingly white it doesn’t photograph well”, AKA me in the winter.
I’d take a Kelly over a Birkin any day!

I agree. I’ll bet she saw Kris Jenner’s Birkin closet and wished she had thought of it first.

I love Kimora! She carries all of them so well