Since We Last Checked on Kelly Rowland, She’s Added a Ton of Bags to Her Collection

The singer carried the same two Chanel bags for three years but has switched it up entirely since then
By Emily Anderson •  May 1, 2017
0 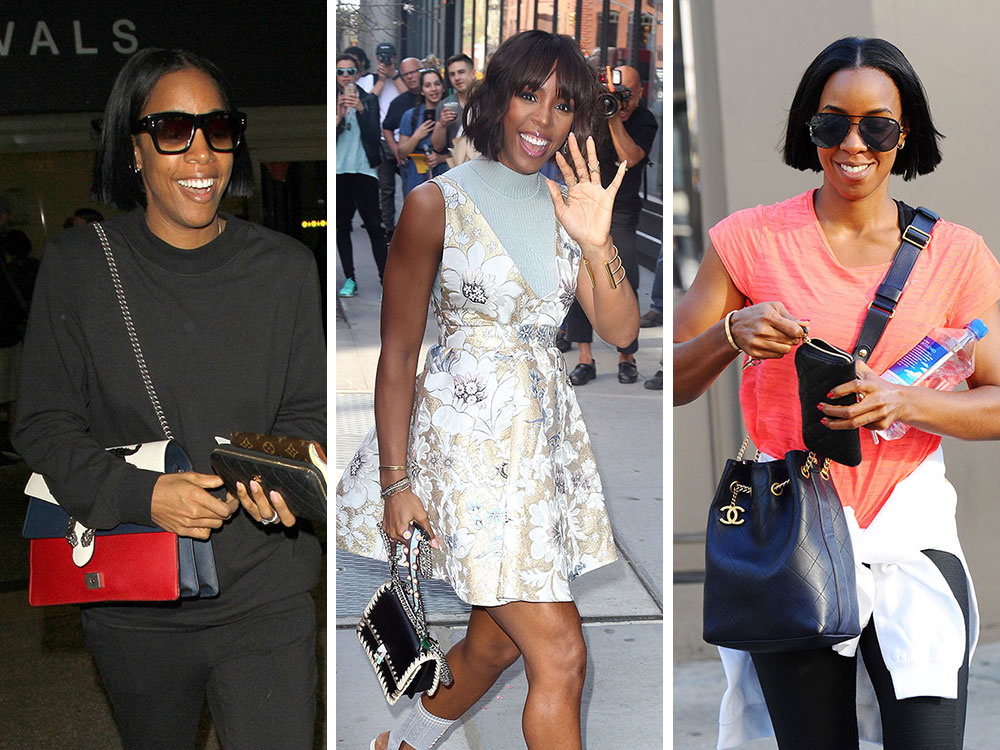 A while back, Amanda had a shocking realization: Kelly Rowland had been carrying the same two Chanel bags for about three years straight. She wrote about it, readers were SHOCKED (or nonplussed), and Kelly started switching it up in the bag department almost immediately.

Could we, mere mortals, influence the whims of former members of Destiny's Child? It seems somewhat possible. Celebs definitely read their Google receipts--we know that much. In any case, Kelly's bag collection has exploded in the last year. See for yourself. 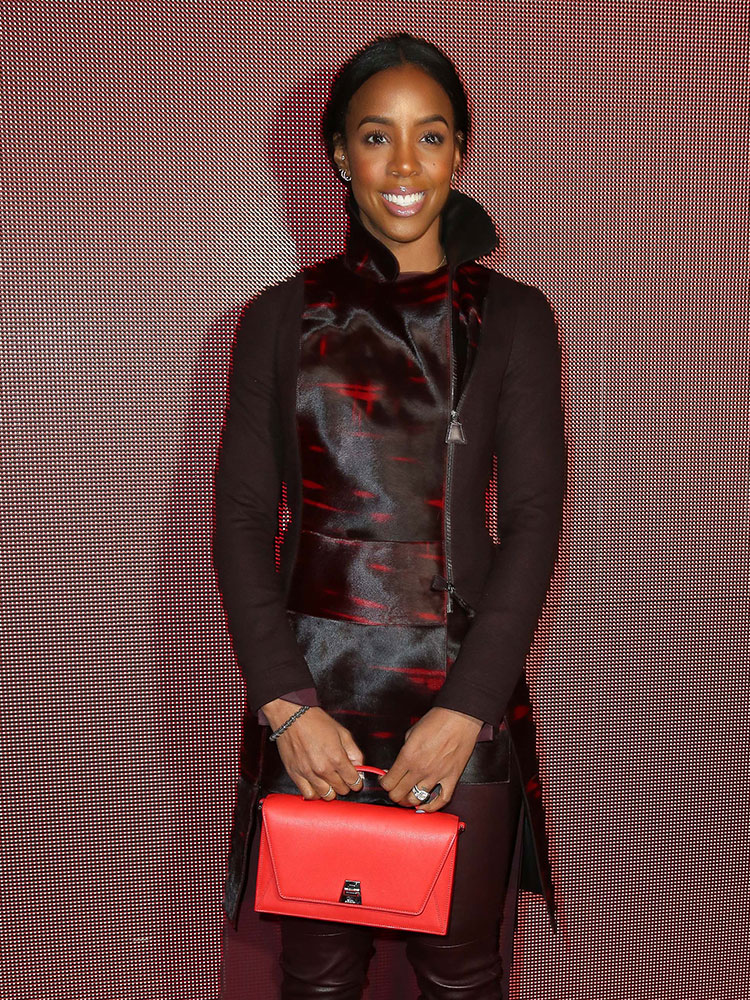 She was very recently spotted leaving a meeting in Beverly Hills with this luscious, woven leather Bottega Veneta Intrecciato Tote. 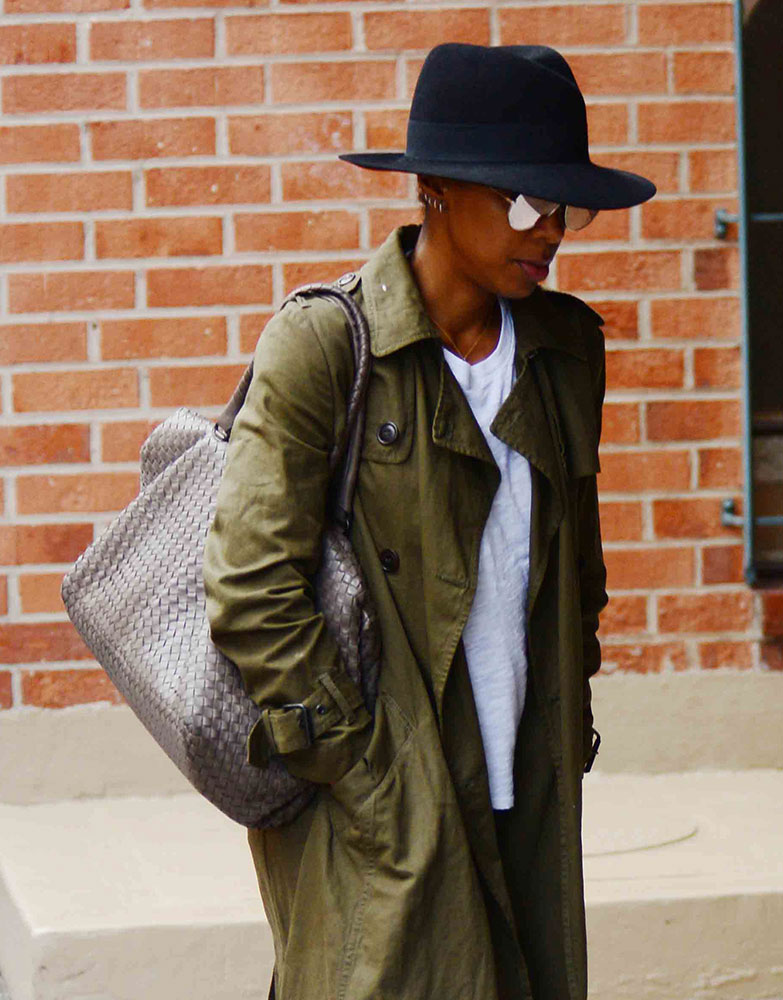 Here she is smiling for paparazzi as she leaves one of the Juan Juan Salon's three LA metro area locations. She's carrying a very supple-looking new Chanel Drawstring Bag. 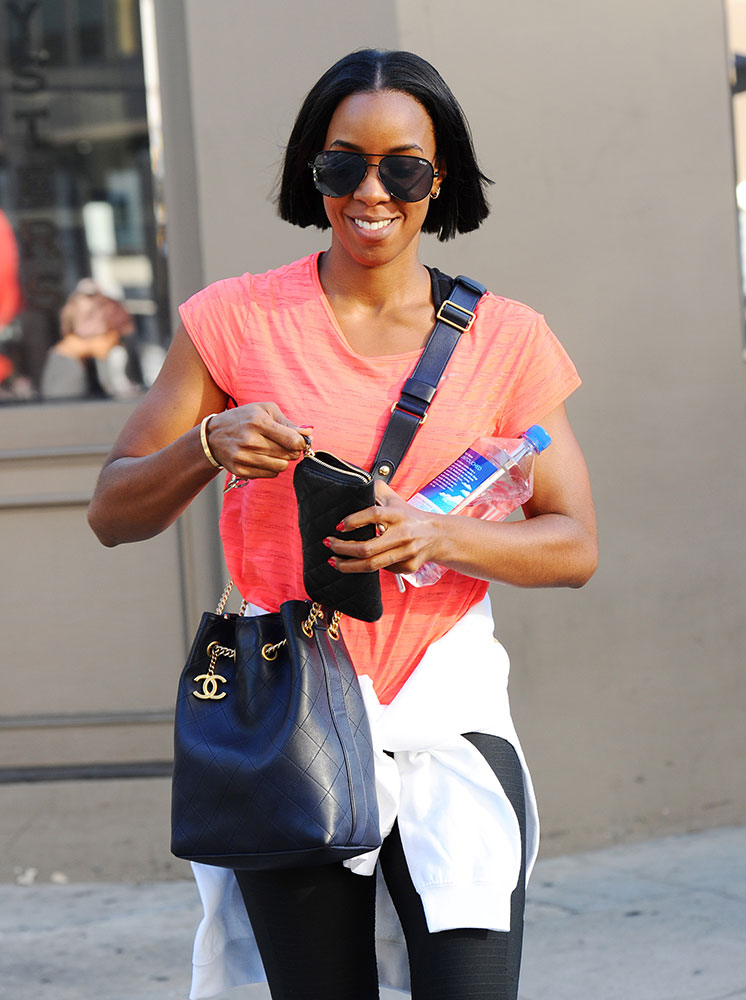 Chanel is still very much her brand of choice. She carried this pleasingly subtle, neutral leather Chanel Flap Bag to the movie premiere of Sing, which she attended with her son Titan. 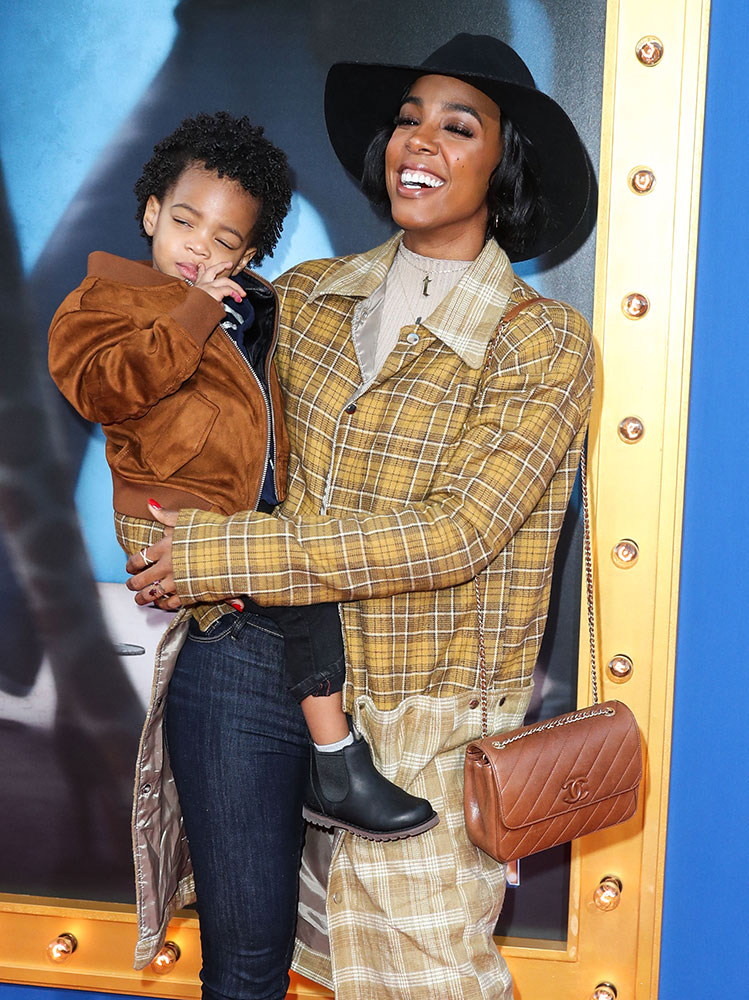 She carried this black patent leather Chanel Satchel while doing press in LA with her Chasing Destiny girl group, as seen on BET. 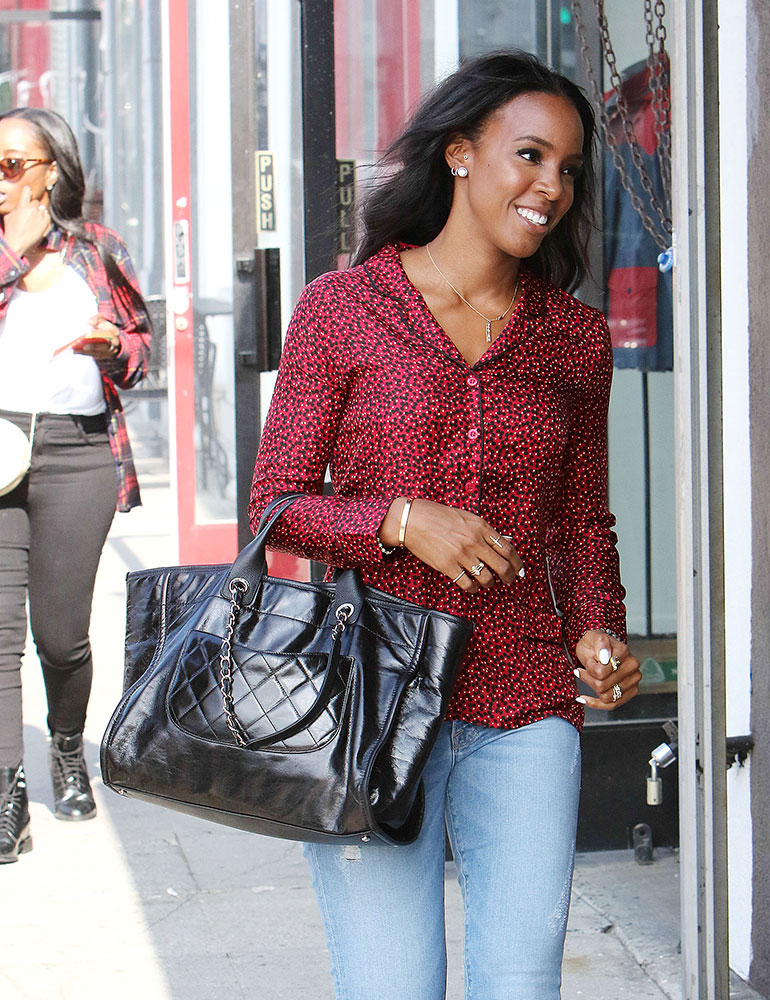 Here she is leaving a party in West Hollywood with an eye-catching blue Edie Parker clutch that is customized with her son's name. 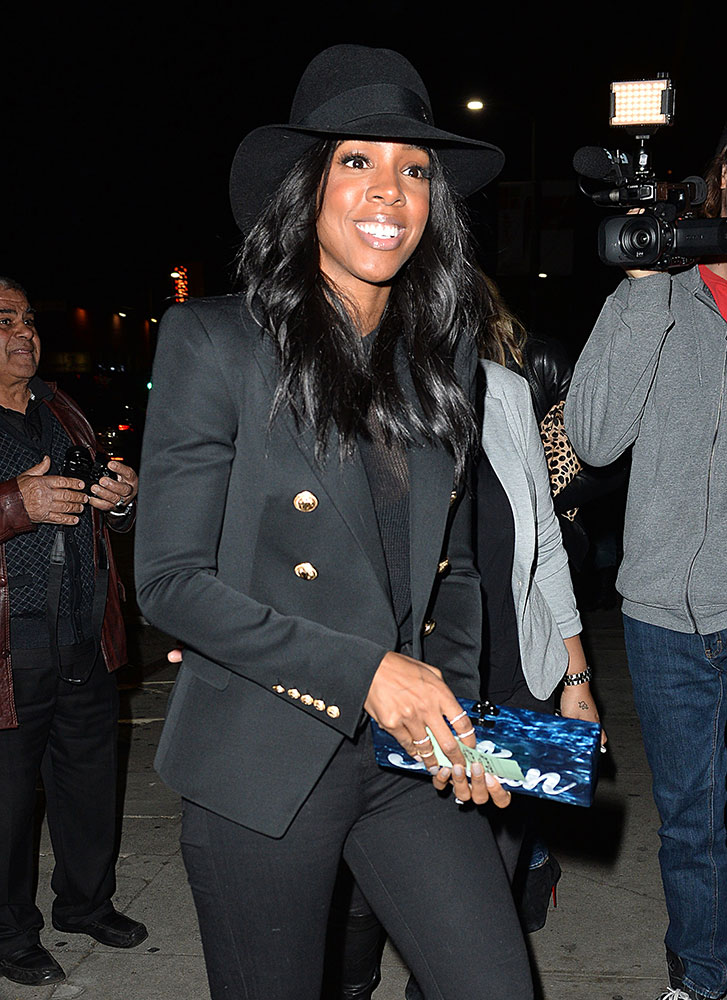 Fendi Kan I Bag
$2,200 via MATCHESFASHION.COM

This is a very recent shot of Kelly carrying a Fendi Kan I Bag at the AOL BUILD Series in NYC. Fans have their phones at the ready. 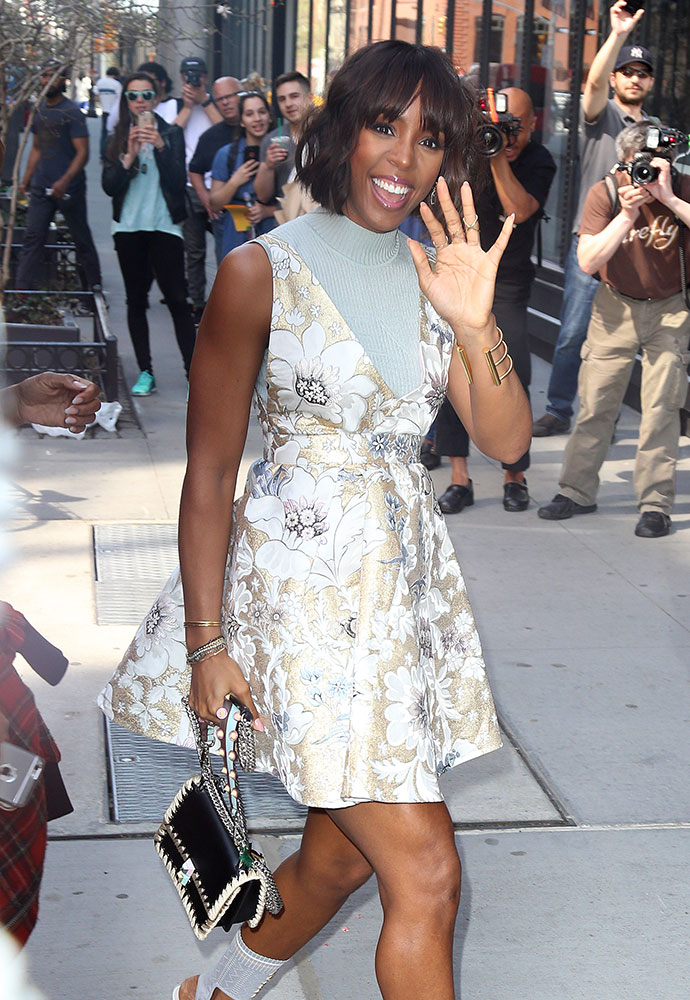 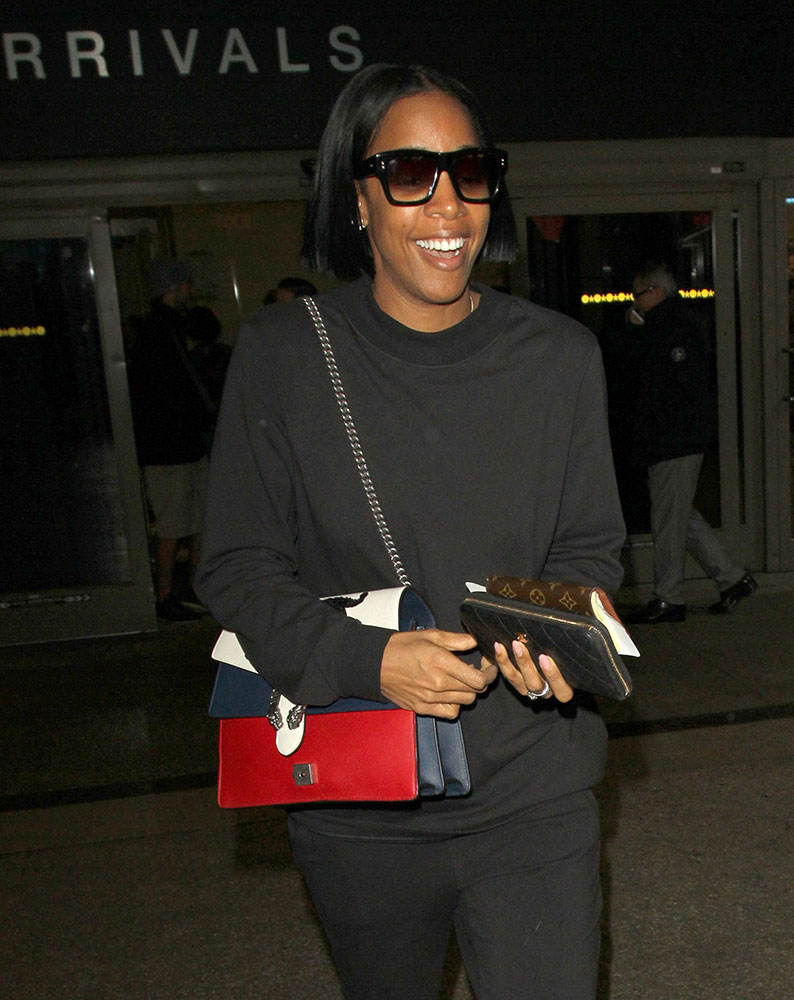