The 9 Most Iconic Celebrity Bag Moments of All Time 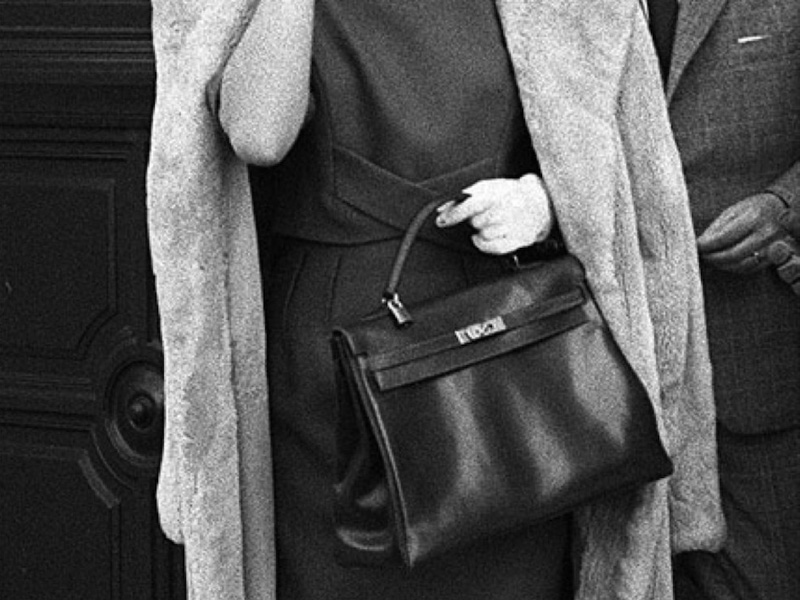 We've started our countdown to National Handbag Day on October 10, and that means we'll have special features for you every day, right up to the big event! Today, we're here to talk about the intersection of celebrity and accessories, and more specifically, how the two can become intertwined in public consciousness for years.

The kinds of stars who carry a particular bag do a lot to shape the market's perception of it and the designer who created it, which is why so many brands give out free bags to stars now: they're hoping to create positive associations. In the cases you see below, though, things came along a little bit more naturally. You can't rush love, after all.

Think of a bag-celeb duo we missed? Let us know in the comments!

There's no other place to start this list: the iconic Hermès Kelly Bag gained its name when the Princess of Monaco became publicly associated with it. After carrying one of the bags in an Alfred Hitchcock film, Princess Grace started using them in her own life, and after a picture of her using the bag to shield signs her new pregnancy ran in Life magazine, their public connection was sealed forever. 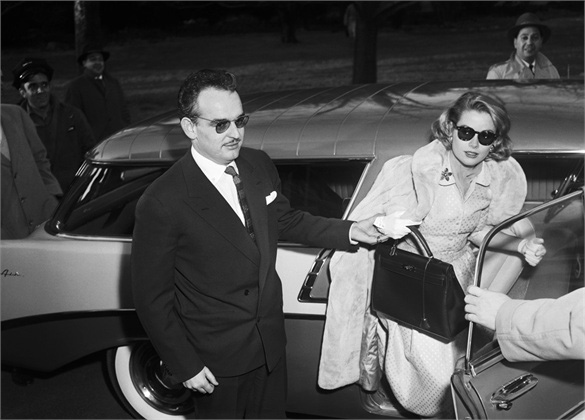 The Lady Dior Bag is another example of a piece that gained its name post-debut from its most famous fan. According to Dior, the bag was originally called the Chouchou, but it was renamed two years later as a tribute to Princess Diana, who fell in love with the bag on a trip to Paris. 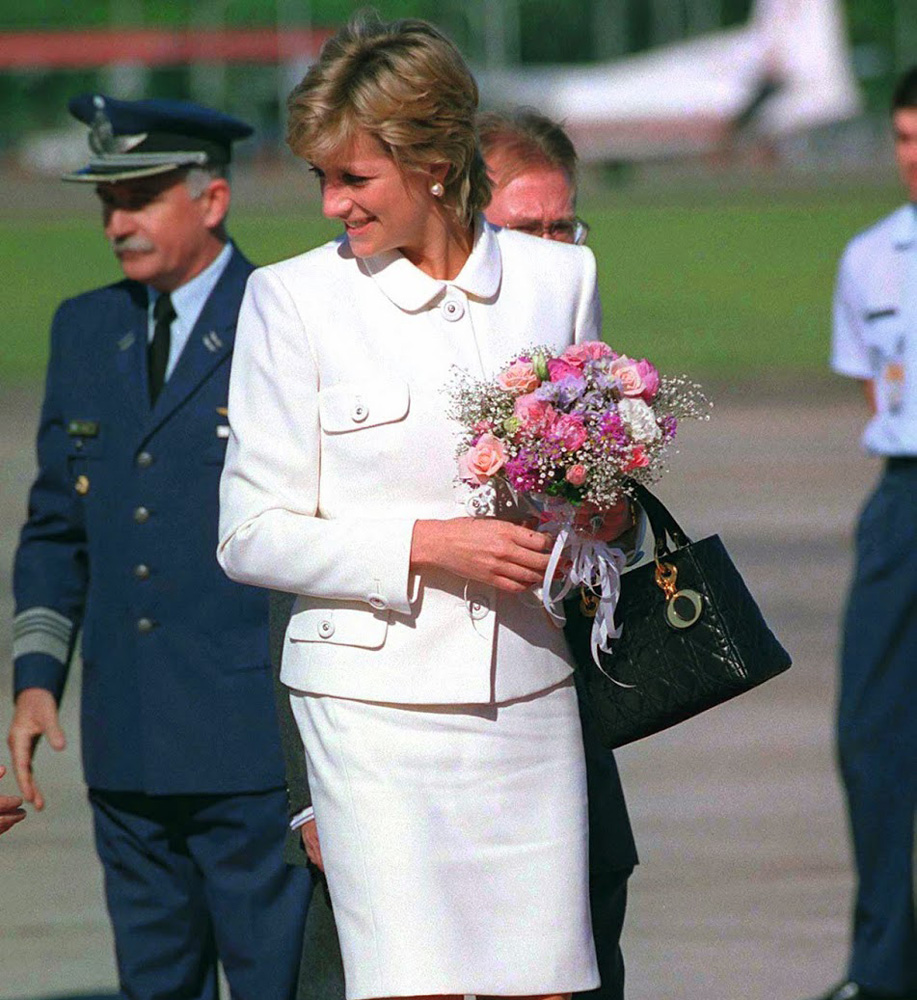 Carrie Bradshaw may not be a real human, but her impact on the Fendi Baguette was very real. The already-popular bag was lifted into the stratosphere after multiple appearances and name-checks on Sex and the City, including during an episode where the pursuit of a fake Baguette served as an extended metaphor for an all-too-hasty marriage. 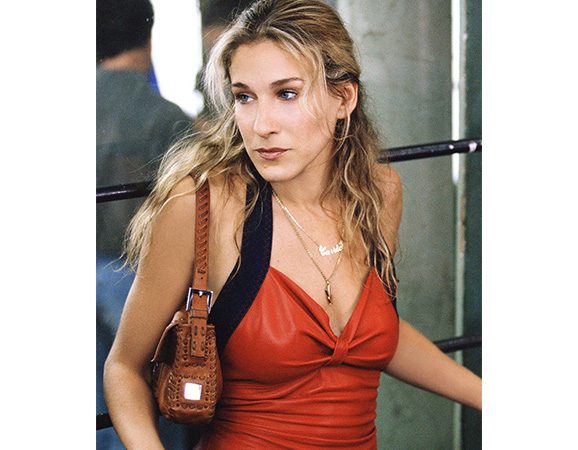 Few tastemakers get handbags designed to address their casual complaints, and even fewer get those handbags designed by Hermès. Jane Birkin, the perpetual French It Girl, did just that by way of a chance meeting on a plane with an Hermès executive, and the result is still the most coveted bag in the world. 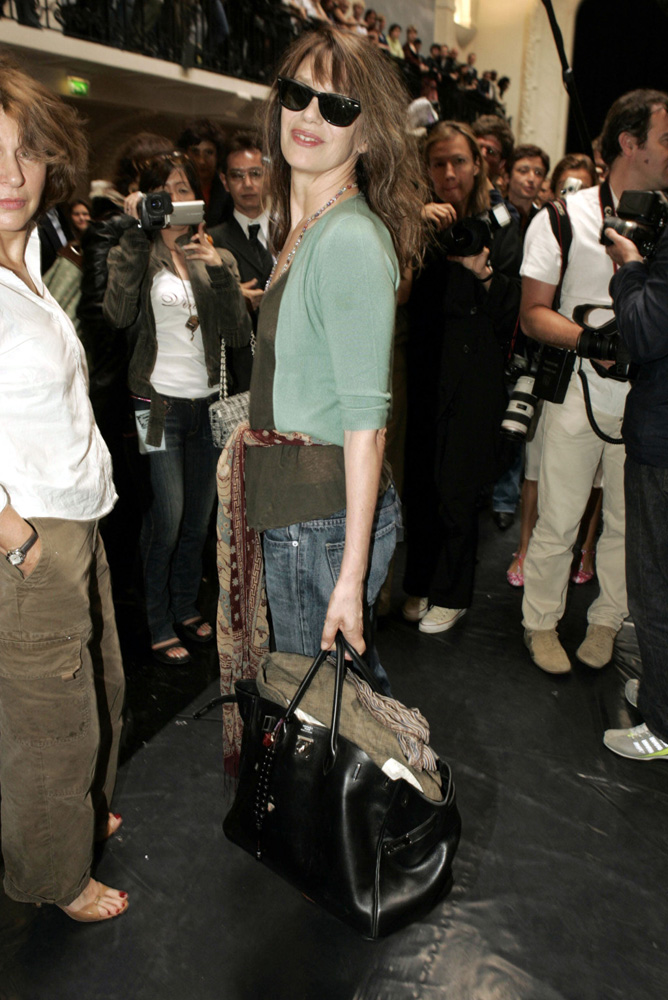 It's hard to remember when hip hop and high-end menswear weren't inextricably linked, but it hasn't really been that long. Kanye West, who used to call himself the Louis Vuitton Don, helped usher in an appreciation for European men's fashion in American rap, and he did much of it while toting around a Louis Vuitton backpack of one type or another. 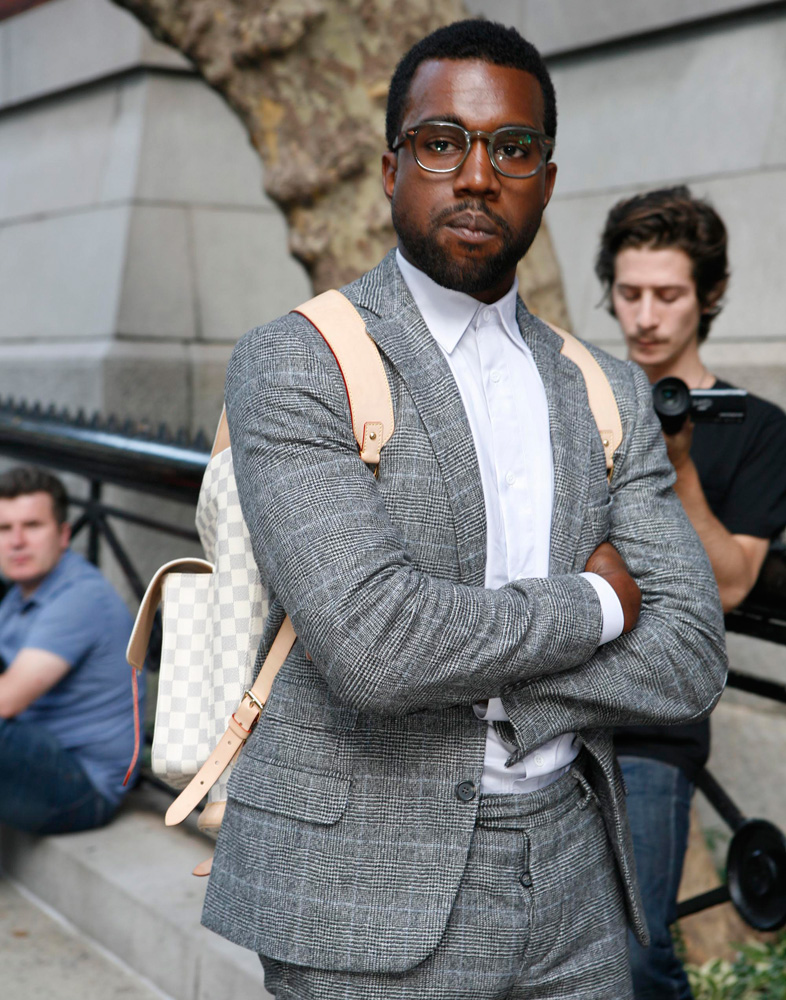 I don't think anyone ever doubted Martha Stewart was an HBIC, but marching into federal court to face jail time with an Hermès Birkin in tow should have cemented that knowledge in everyone's minds. The press was critical of the choice at the time, and the Washington Post even went so far as to praise the other, less flashy bag she was also carrying in the photos. Apparently, they failed to realize it was also a very expensive Hermès bag: the Garden Party. 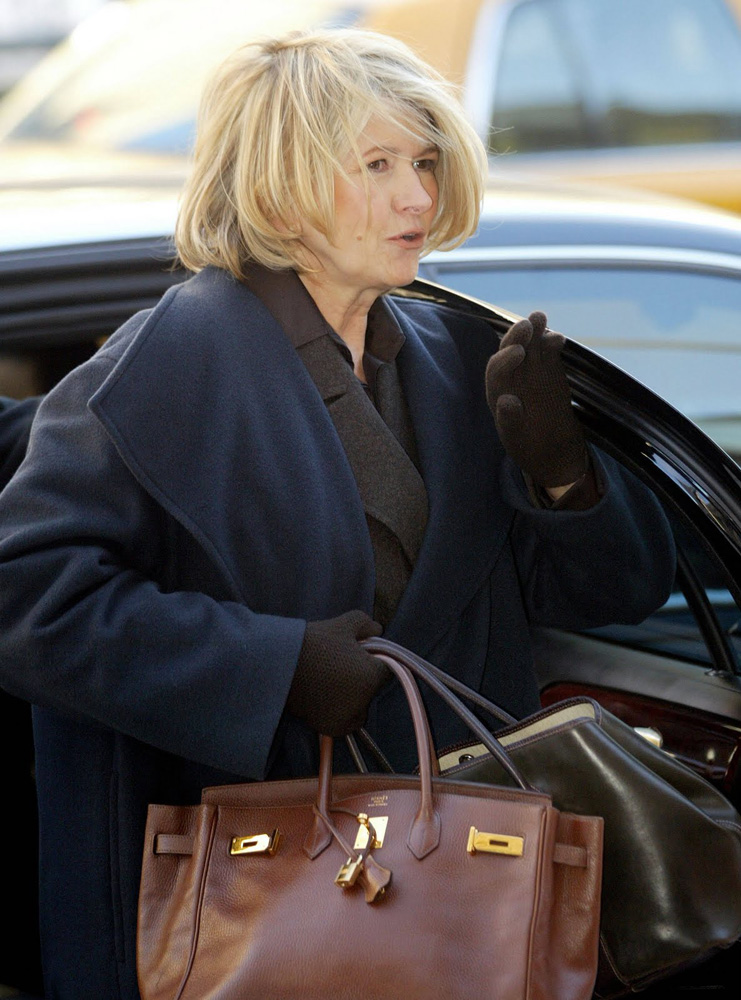 A look doesn't necessarily need to age well to be iconic, and although we're just far enough past early-aughts style for it to seem truly perplexing that we ever dressed that way, those years are worth recognizing as the handbag heyday they were. The era birthed plenty of paparazzi bait, but no one staked her claim over a single bag quite like Jessica Simpson did with the Multicolore Speedy. Like the fictional Carrie Bradshaw before her, Simpson's use of the bag on her TV show, Newlyweds, exposed the style to a broad audience. 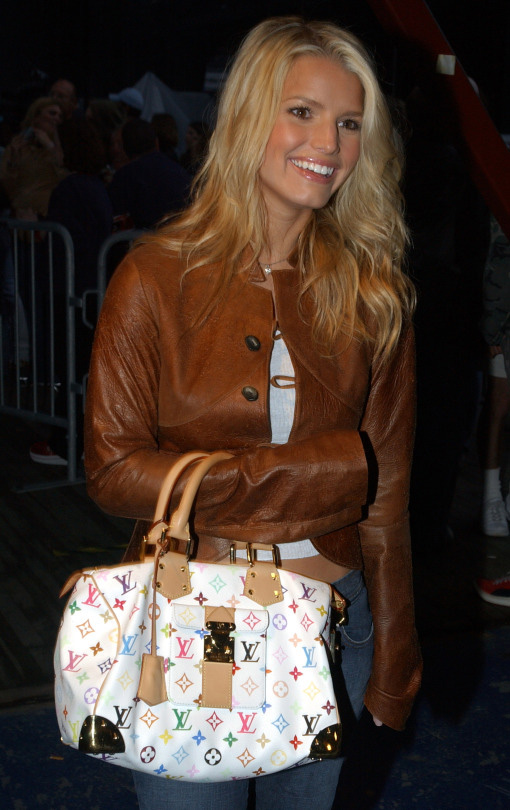 Like Grace Kelly and Princess Diana, Jacqueline Kennedy Onassis's love for and continued public use of this Gucci style eventually prompted the brand to rename it in her honor; it's been a favorite of women looking to channel a little presidential style ever since. 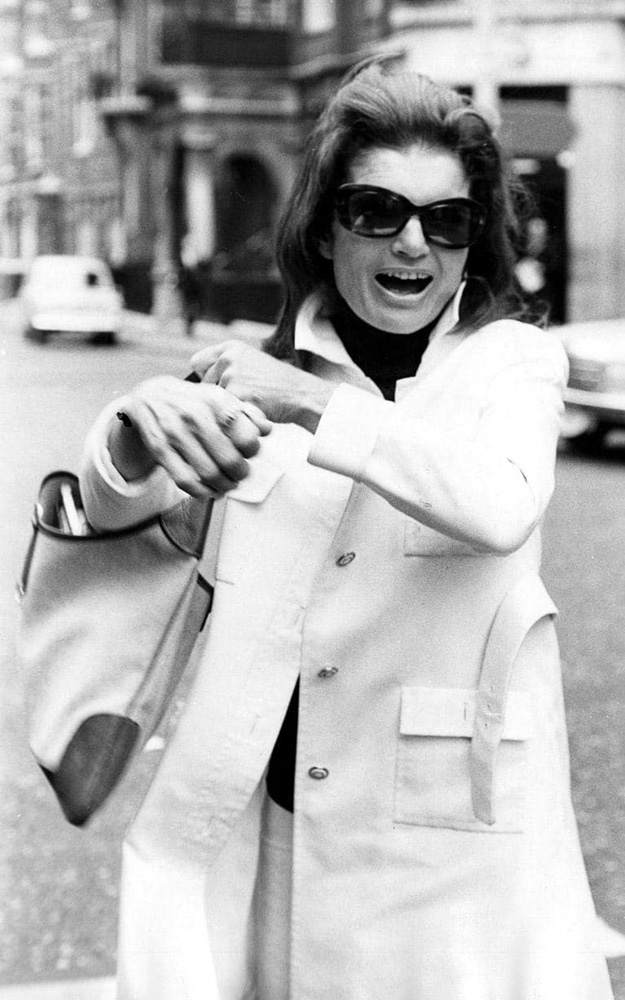 Image via The Telegraph

Legend has it that Audrey Hepburn was the woman who prompted the Speedy's creation: she loved the brand's Keepalls so much that she requested a smaller version for daily use. Eventually, that shrunken duffel was turned into a regular production piece for the brand, and the rest is history. 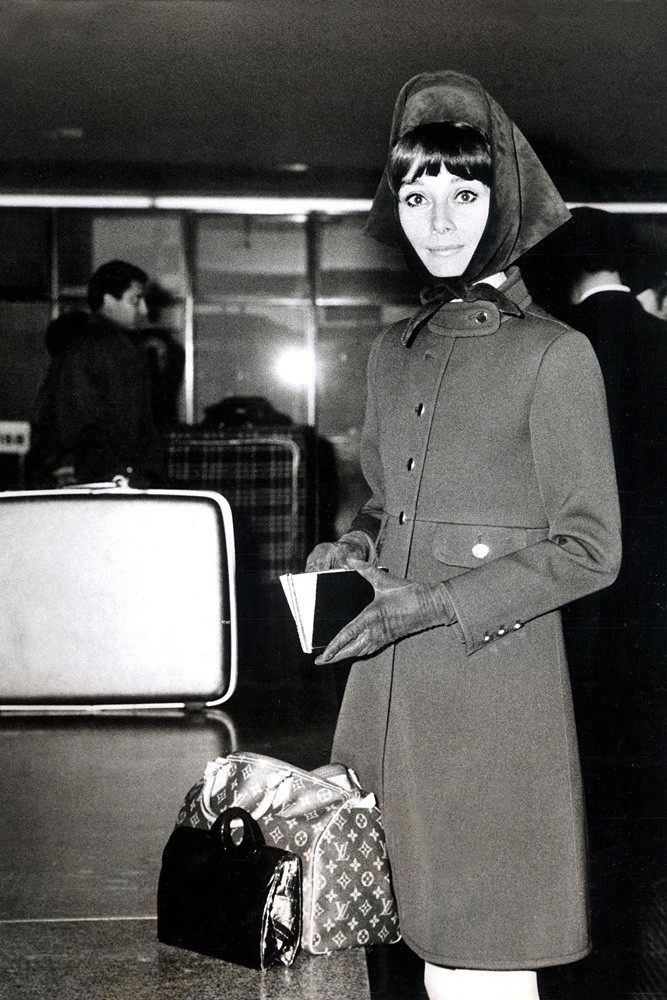