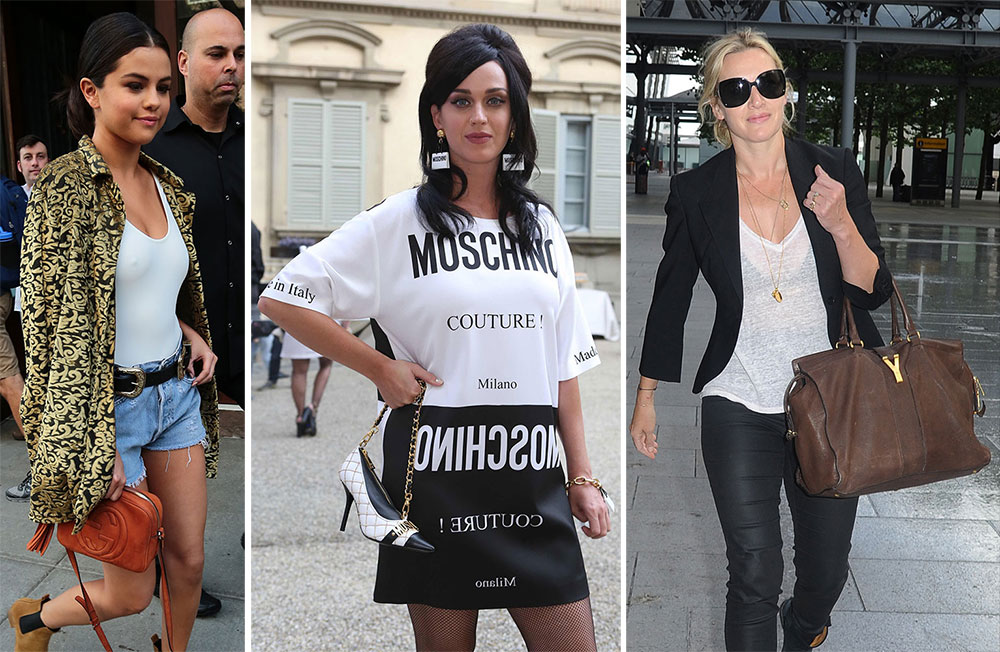 Celebrities blitzed through airports all over the world this week with designer bags that demanded our attention. Natural leathers, python and primary colors seem to be particularly in this week, and there are a few especially gorgeous classics in today's roundup that you definitely shouldn't miss. Also, Katy Perry recently attended the Moschino men's fashion show in Milan in the most Moschino of Moschino ensembles. 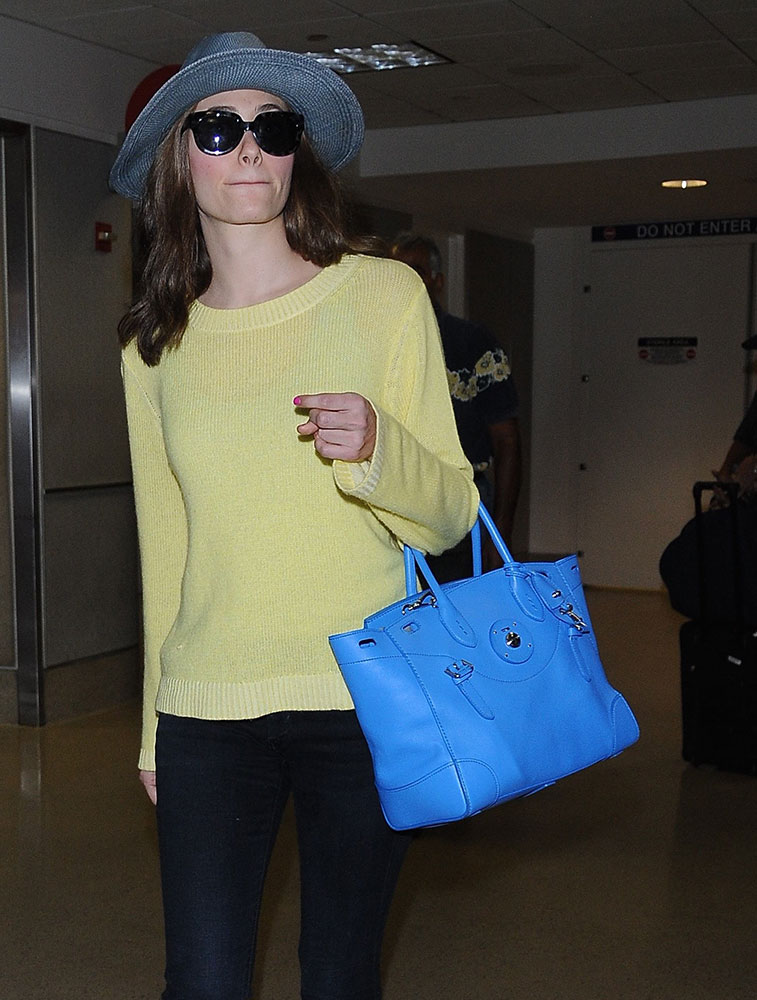 Here's Gigi Hadid heading towards the departures gate at the Toronto airport after the MuchMusic Video Awards. She's carrying a Marc Jacobs Incognito Bag, which seems to have been invented with celebrities hoofing it through airports in mind. 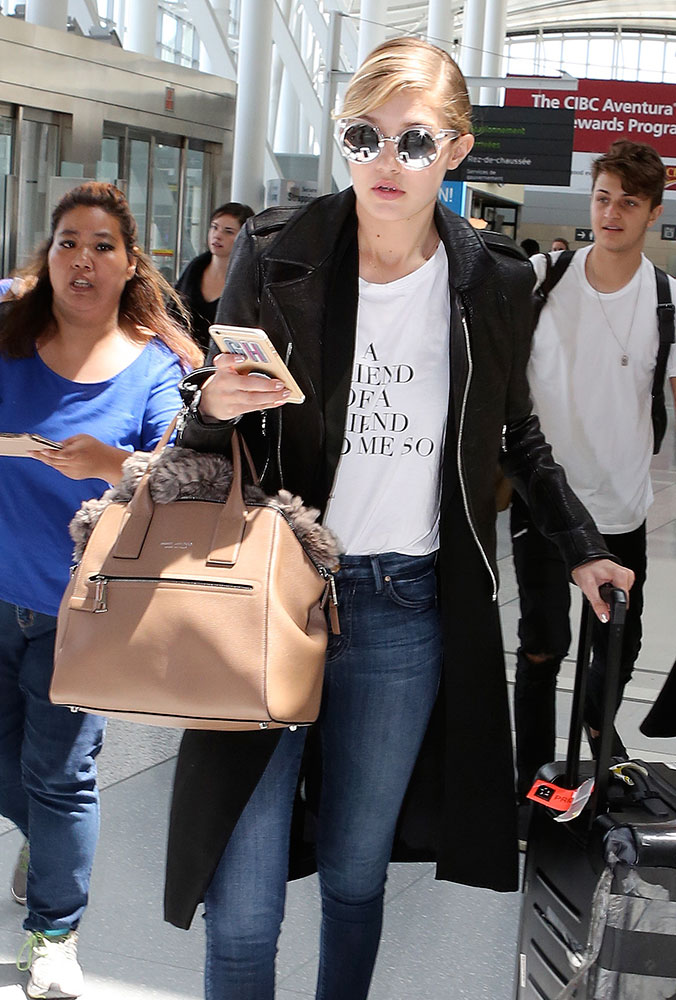 Here's Hailee Steinfeld, arriving at LAX after her stint at the same Canadian music video awards show that Gigi Hadid attended. She's carrying an incredibly luxe Céline bag. A python Céline bag is a fairly opulent choice for someone who is still a teenager, but Hailee was nominated for an Oscar when she was still a child, so she gets a pass. 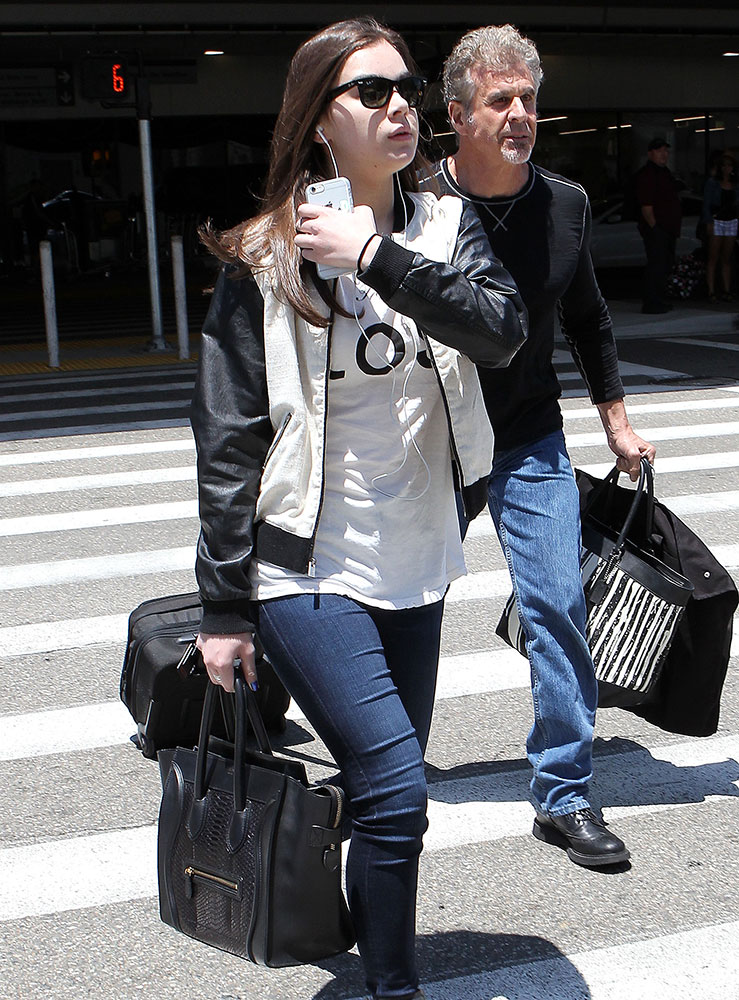 Model celeb spawn Hailey Baldwin was spotted with an attractive blue Alexander Wang satchel in NYC. Suede thigh-high boots are quite a choice when it's a humid 90 degrees outside. 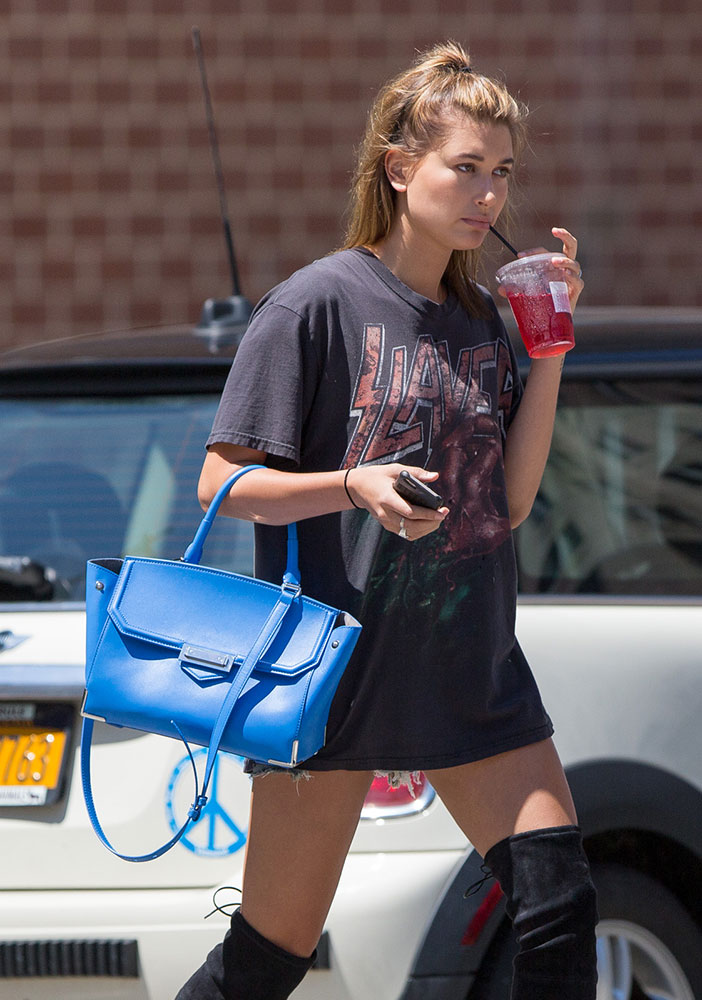 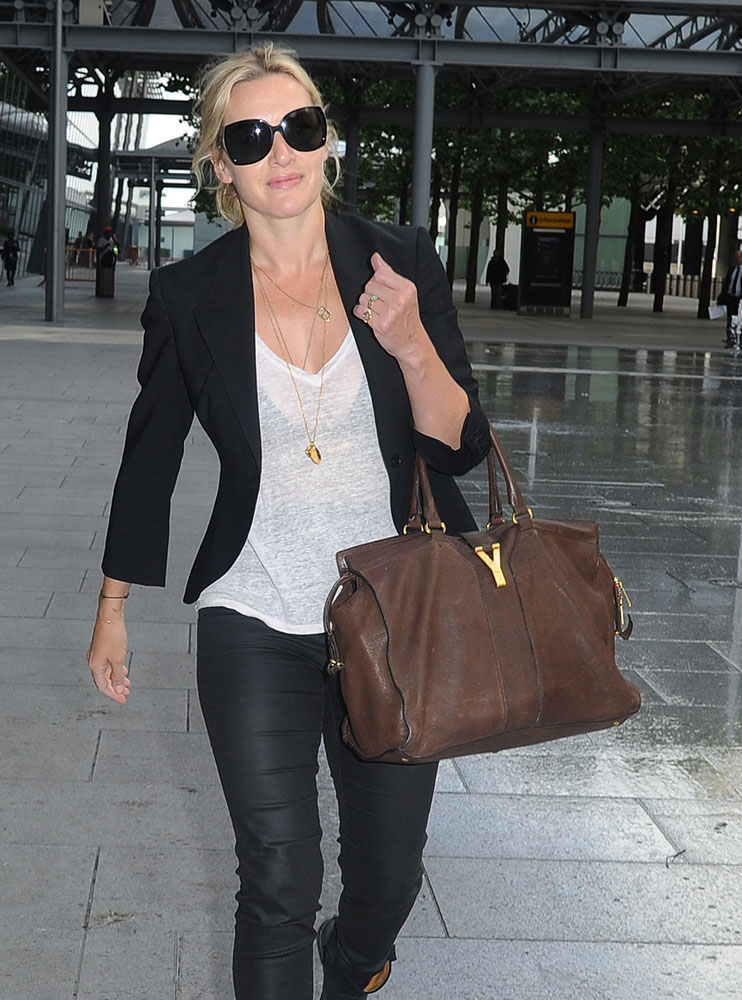 Here's Katy Perry, wearing an appropriately ludicrous amount of Moschino-branded Moschino at the brand's first-ever men's show in Milan. Why yes, that is a bag that looks like a shoe. What exactly did you expect from Moschino? Katy is, of course, the face of Moschino's fall collection for women. 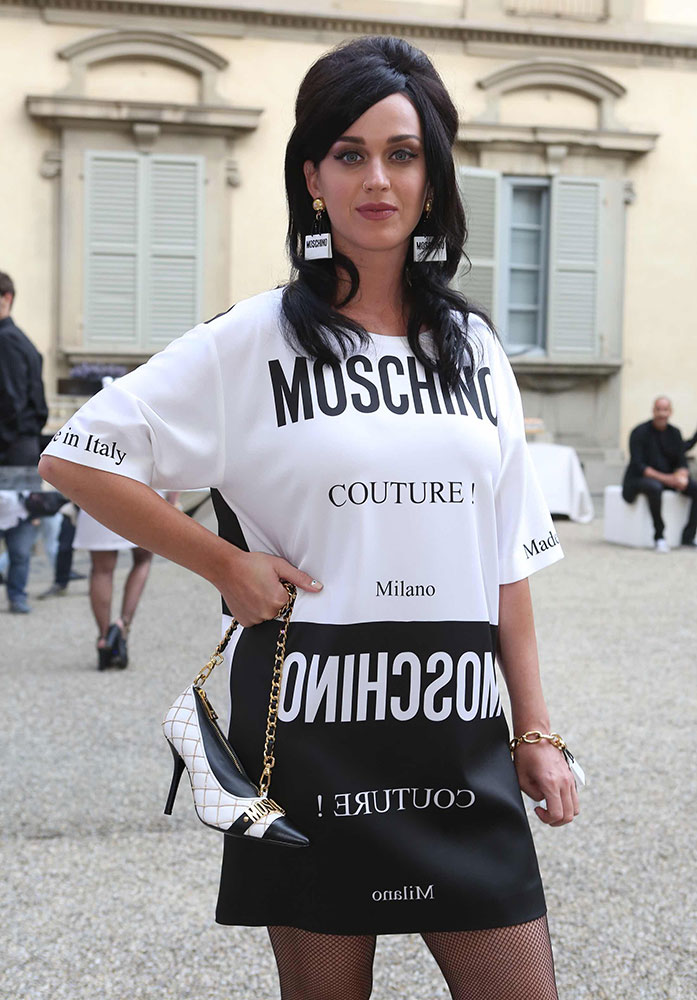 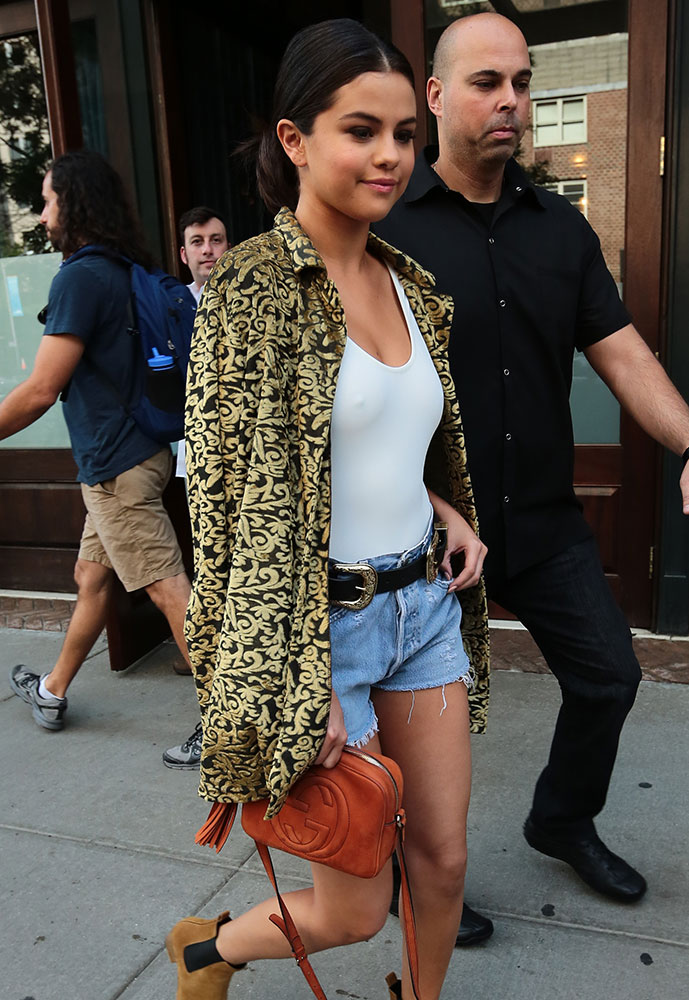 Model Selita Ebanks paused to give the paps a long look at her outfit after leaving dinner at Craig's in West Hollywood. Said outfit includes an opulent, metallic Chanel python clutch. 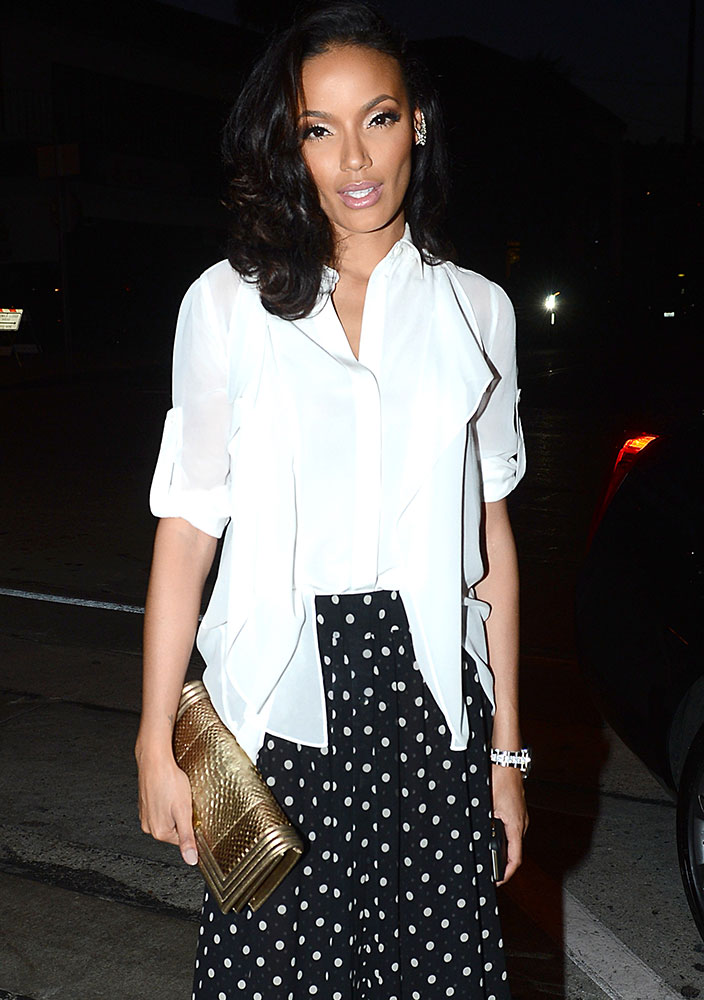