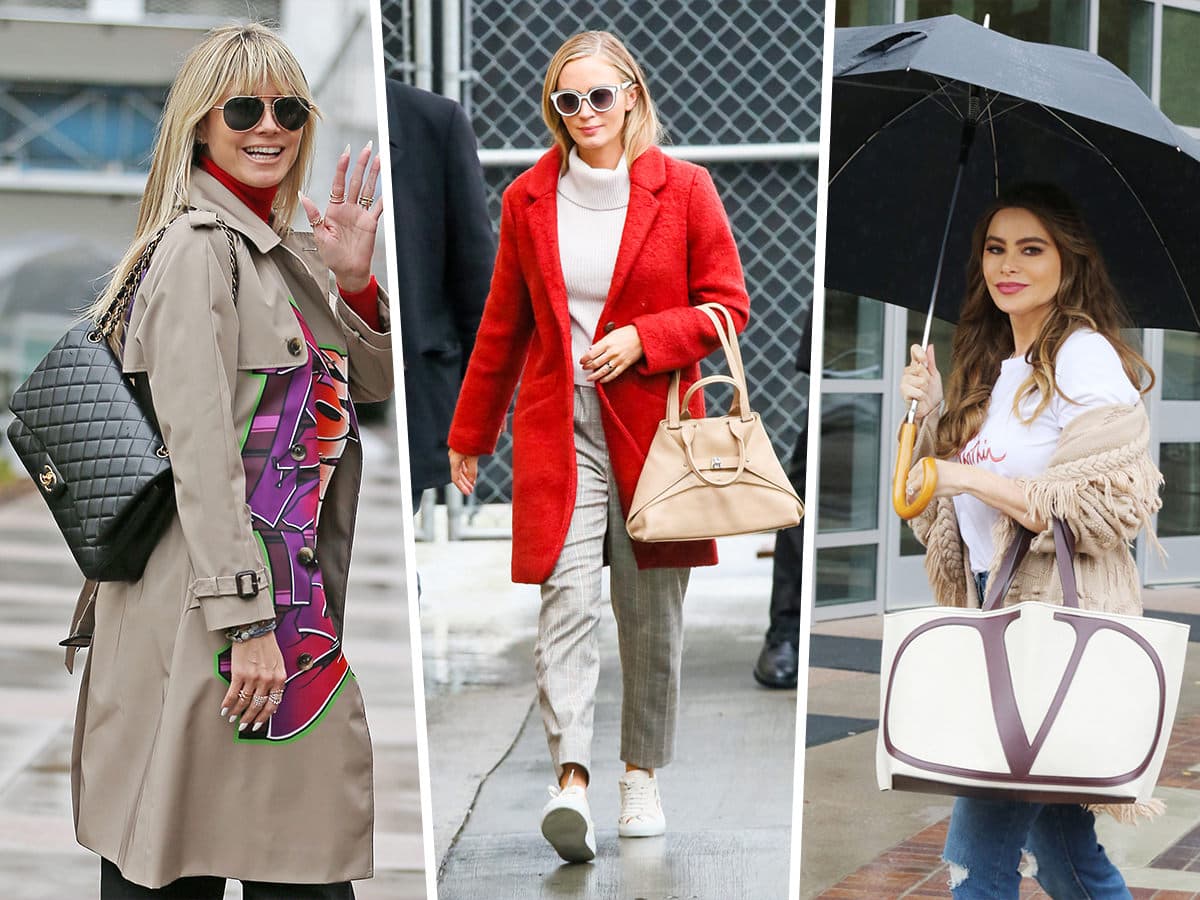 Ever since filming for America's Got Talent began, Pasadena has been a highly dependable pipeline for good celeb bag pics. As you well know, judge Heidi Klum and new judge Sofia Vergara both probably have multiple walk-in closets full of designer bags, and each day of filming brings an opportunity to flaunt something new during that long, long walk into the studio. Are they bag rivals, quietly trying to one-up each other every day? No, probably not, because that's silly and we're all adults here, but it's fun to pretend sometimes. 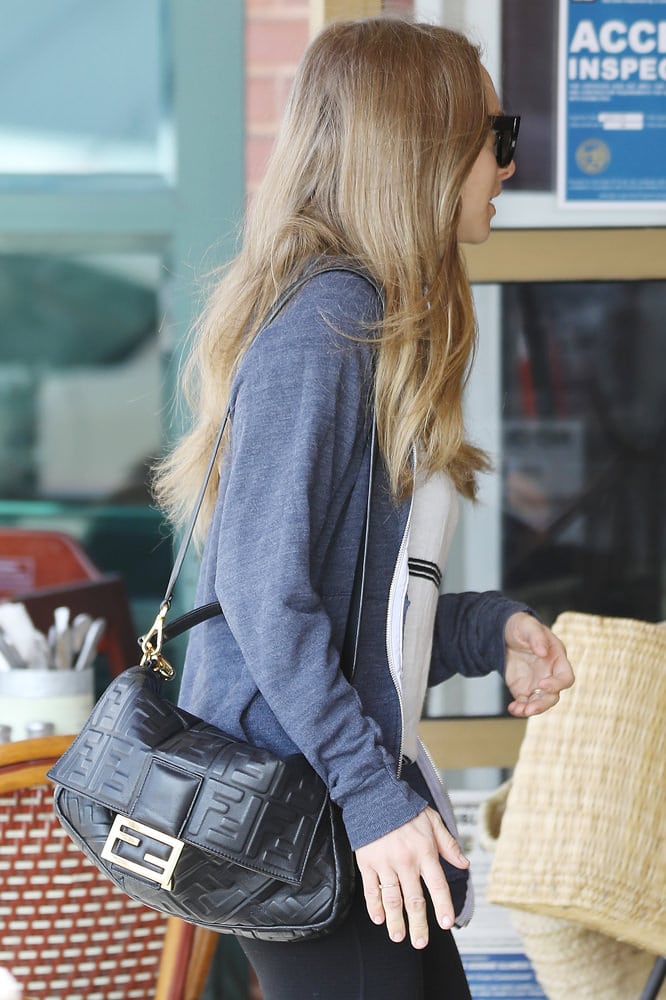 Dancing with the Stars' Peta Murgatroyd carried this Louis Vuitton Georges BB Bag to Build Series in NYC. She's out promoting her new live show, which will be hitting the road soon. 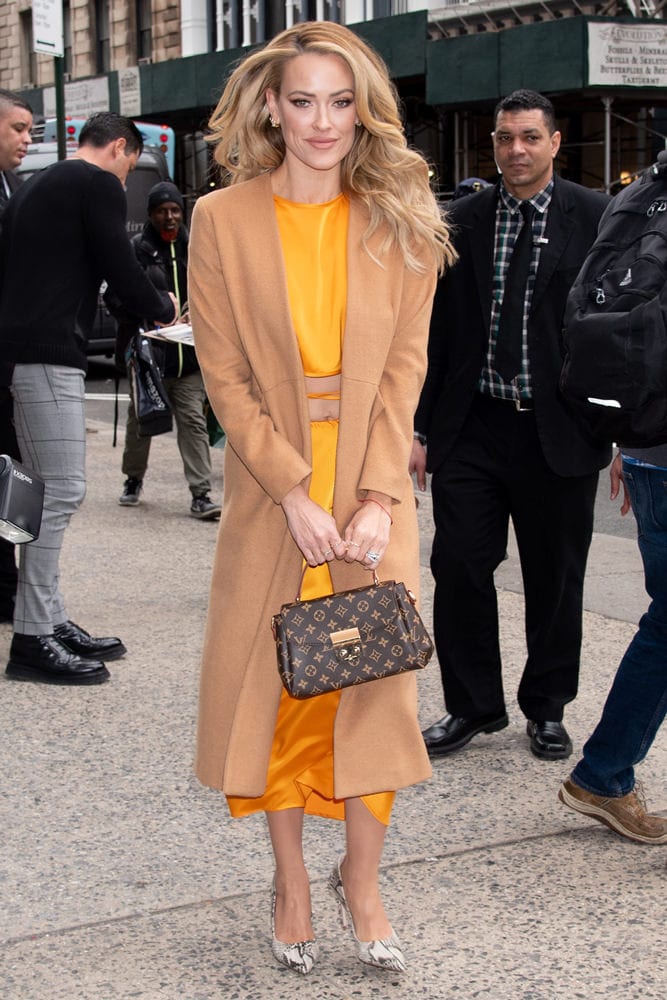 This Sofia Vergara-Heidi Klum America's Got Talent bag showdown may be an everyday thing for awhile. Here's Sofia, arriving for another day of filming with a sumptuous Valentino VLOGO Tote. 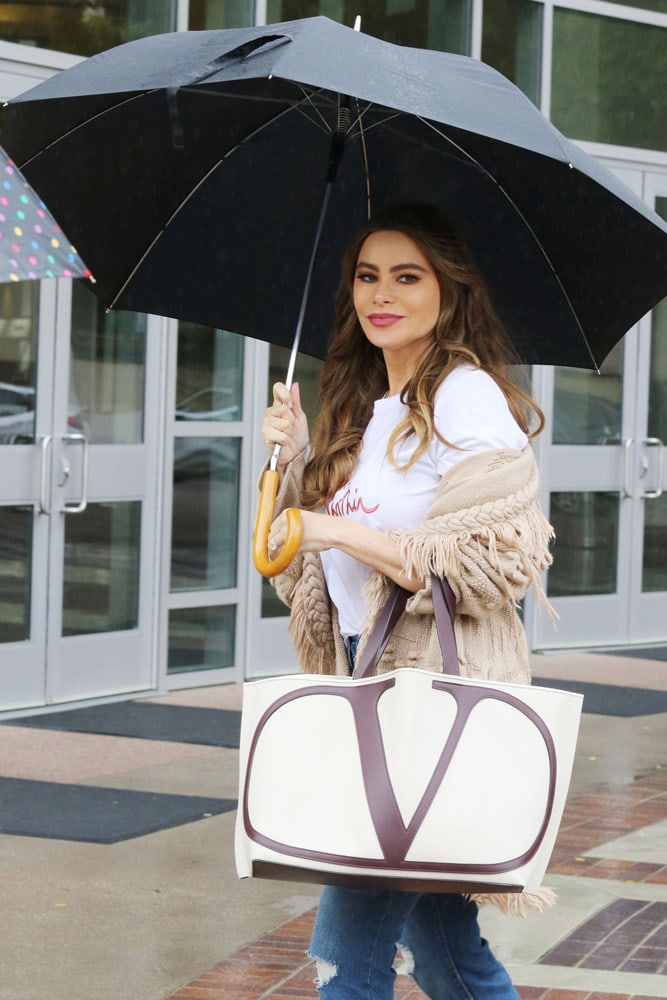 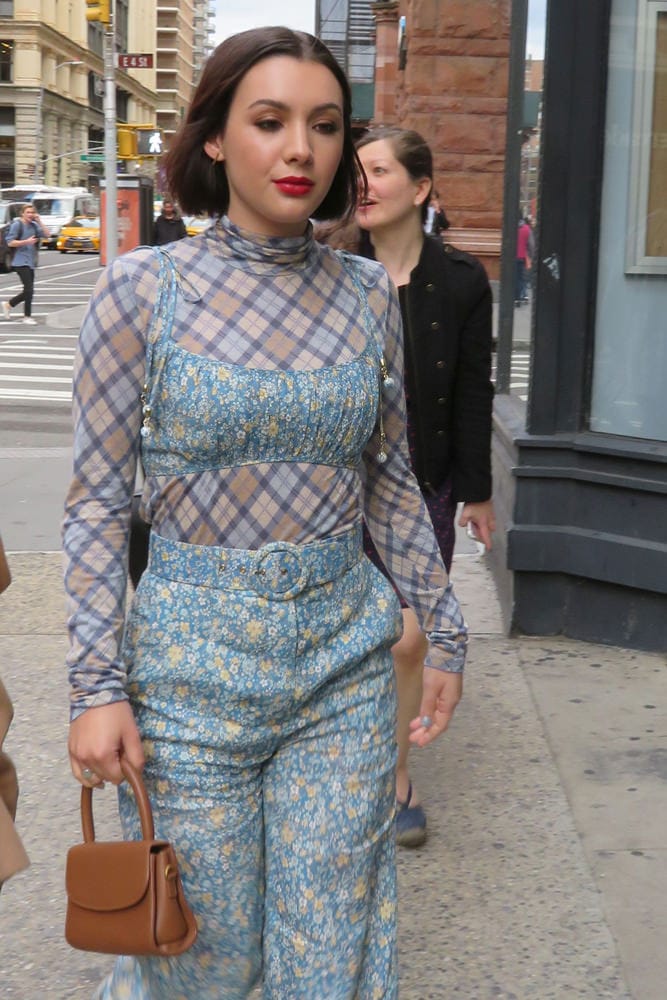 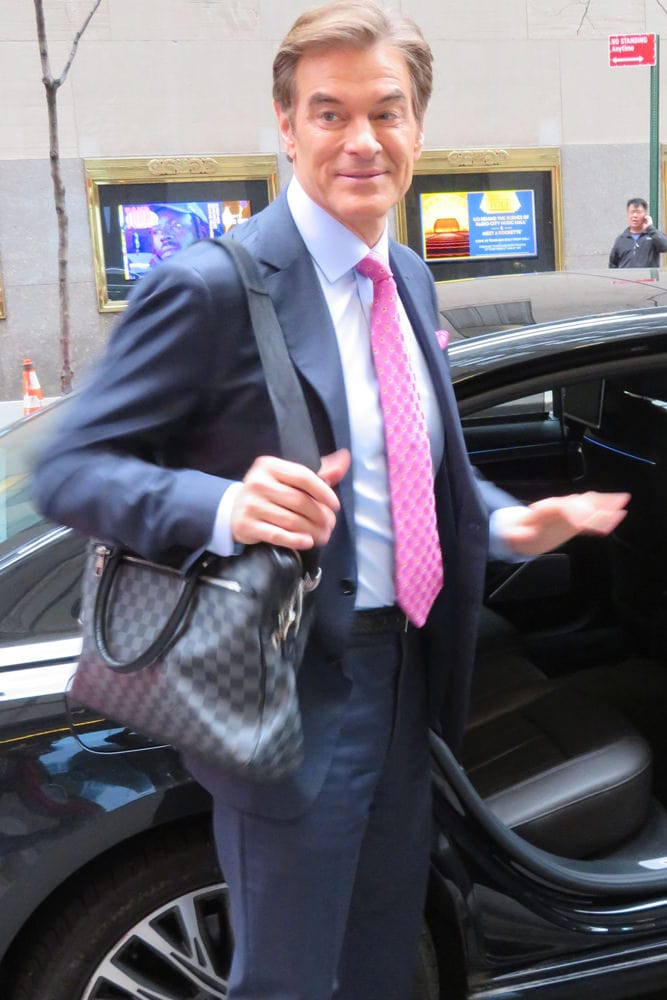 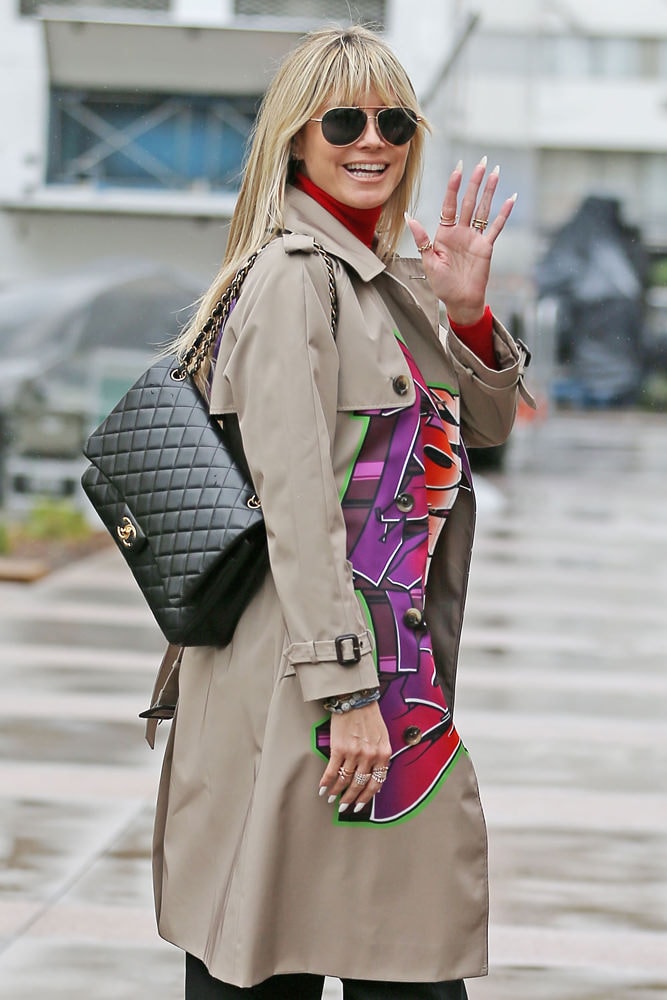 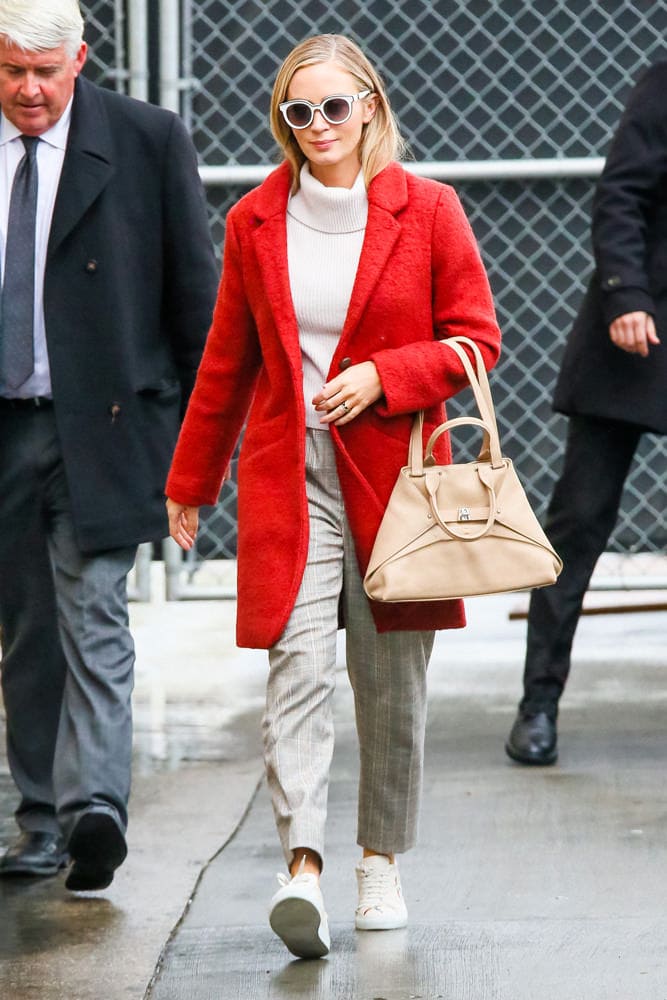