Celebs of All Ages Opt for Birkins, Saint Laurent and Fendi 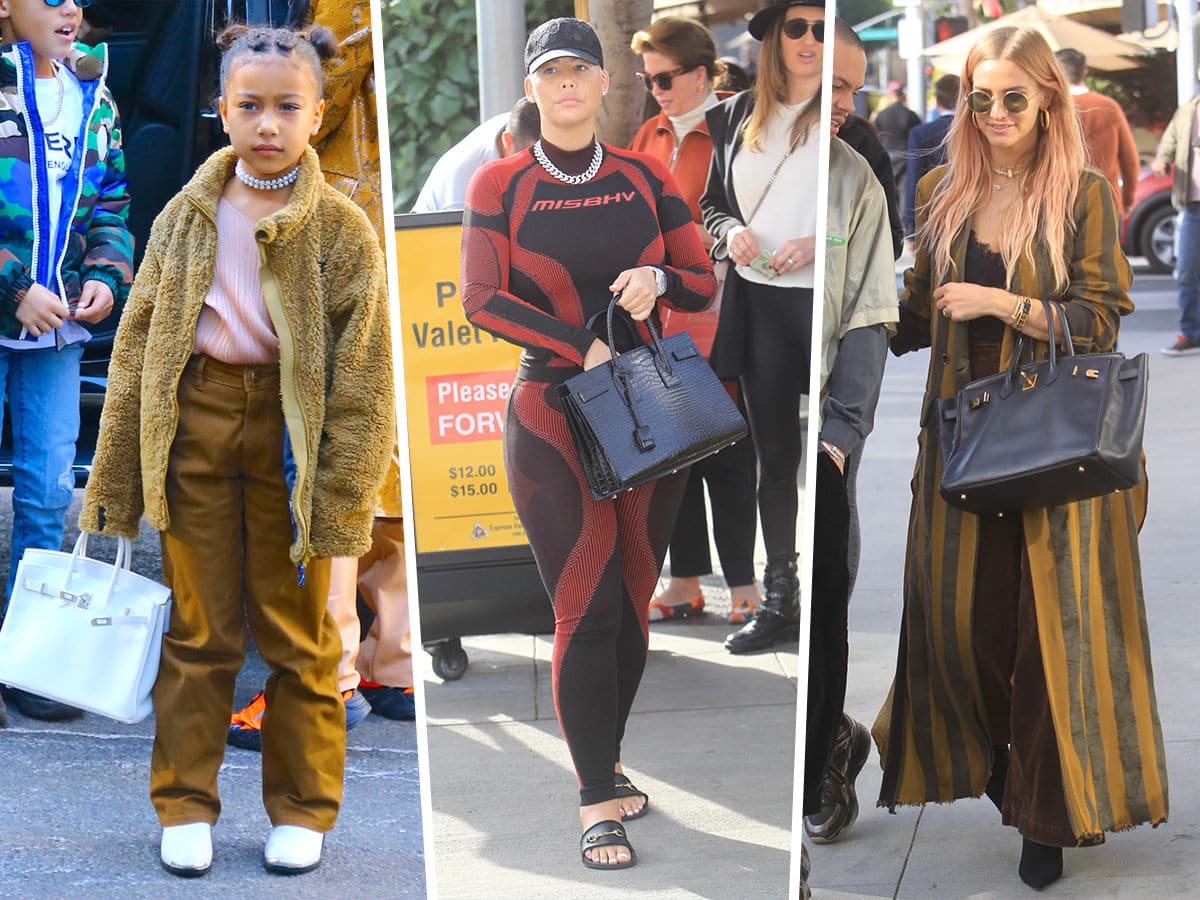 One of the things I find alarming about our collective fascination with celebrities is the quantity of people who demand to know everyone's net worth. I, for one, do not sit around with friends discussing the net worth of literally anyone I know or even just admire from afar, but clearly thousands of people are fixated on this topic. Who are these people? I have no idea, but if you type in the name of any celebrity in your search bar, Google will often autofill "net worth" in for you, just in case you are one of them. (You can't take it with you, people!)

I mention all of this, of course, because when I see little North West walking around with a pristine white Birkin, it does dawn on me that this first grader is worth a lot more than me on paper. Especially since she has no student loan debt, and will make money off her father's music catalogue until we (as a society) tire of 21st century rap music. I could list off all the little indignities she will never have to suffer through, as a life-long rich person, but she won't be able to comprehend any of them any more than she does the value of that $15K+ Birkin. So without further adieu...

Here is the tiny fashion mogul herself, North West! She has her own Birkin now, of course, and I'll assume it was a special kindergarten graduation gift. She was spotted carrying this while out with the fam in NYC. 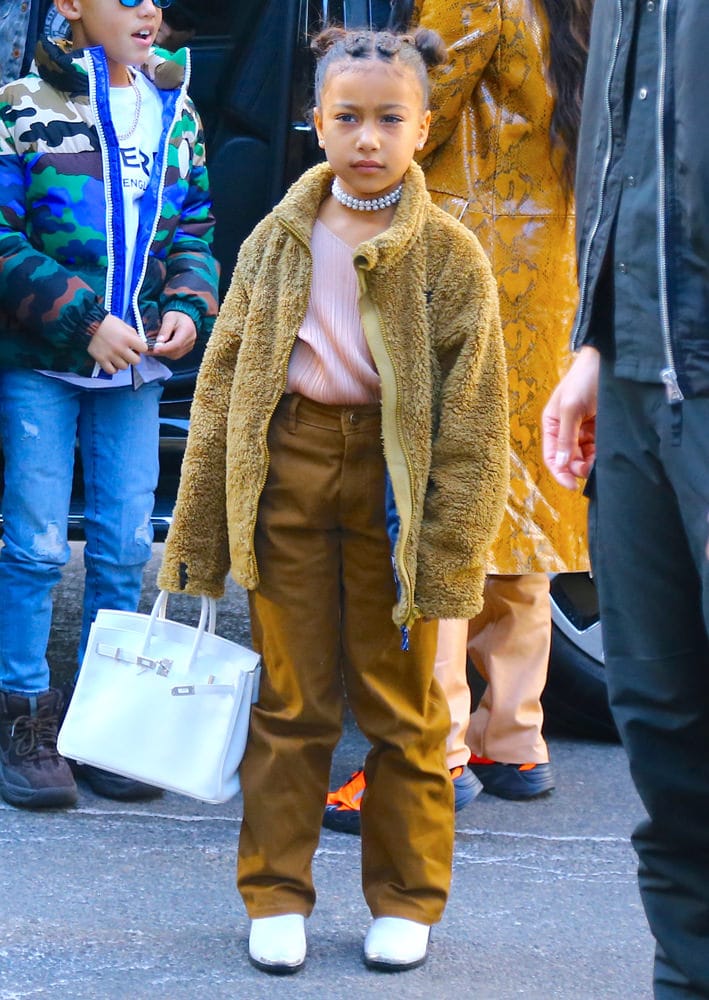 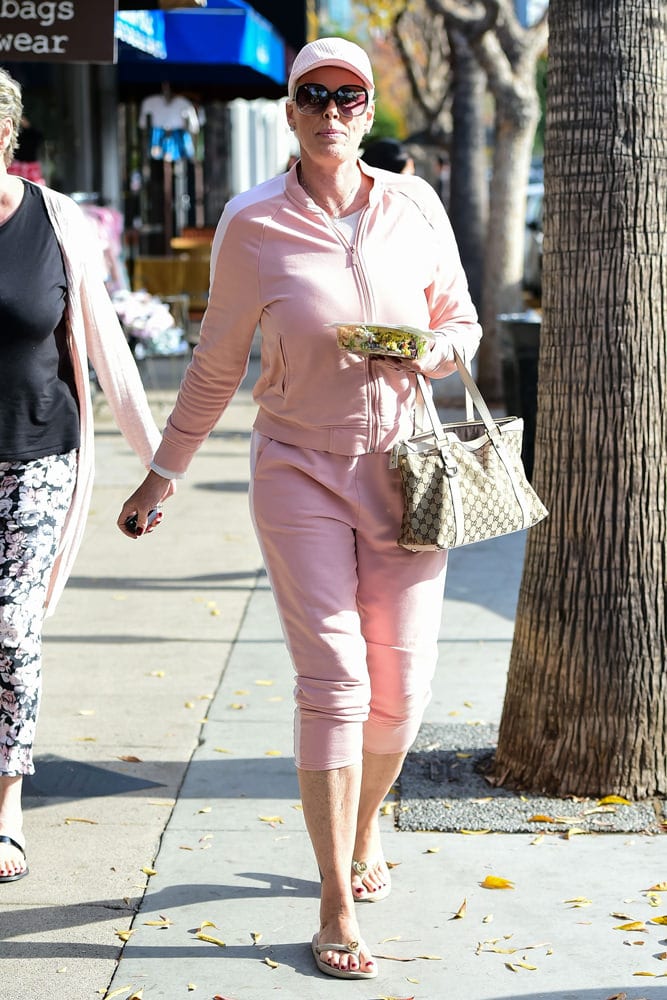 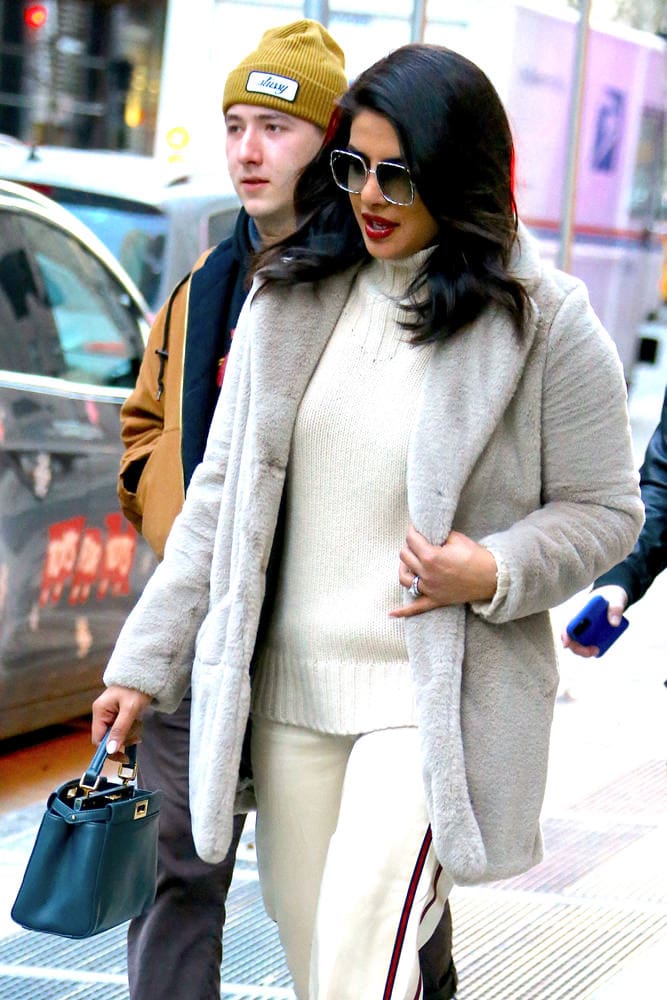 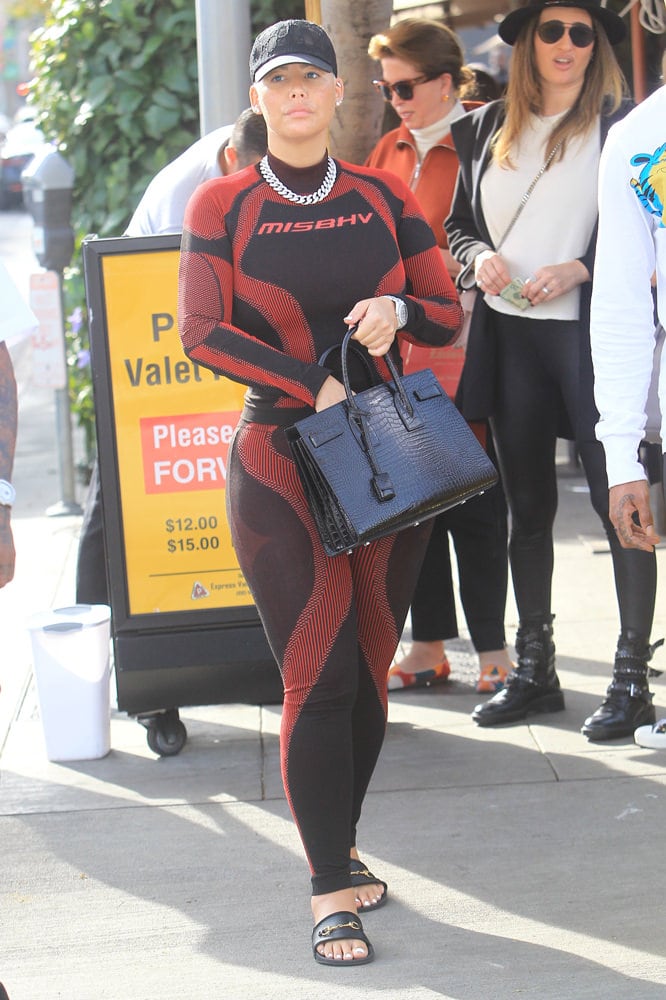 Ashlee Simpson and her husband Evan Ross were also seen roaming around in Beverly Hills recently. Ashlee is carrying a black Birkin with gold hardware. 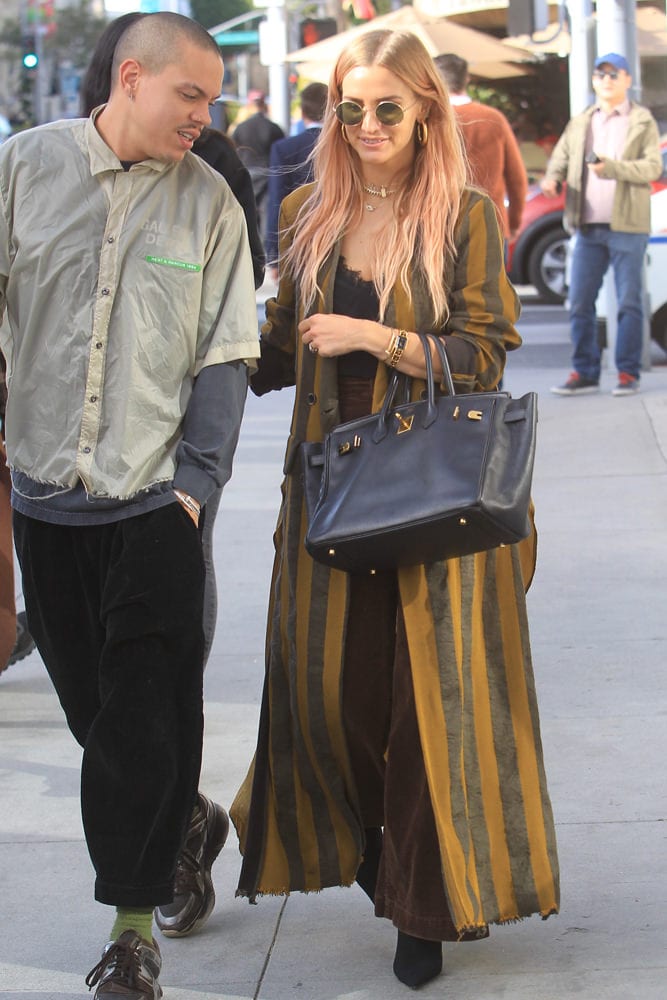 Hilary Duff was seen out and about carrying a Louis Vuitton Hina PM Bag and her daughter, Banks. 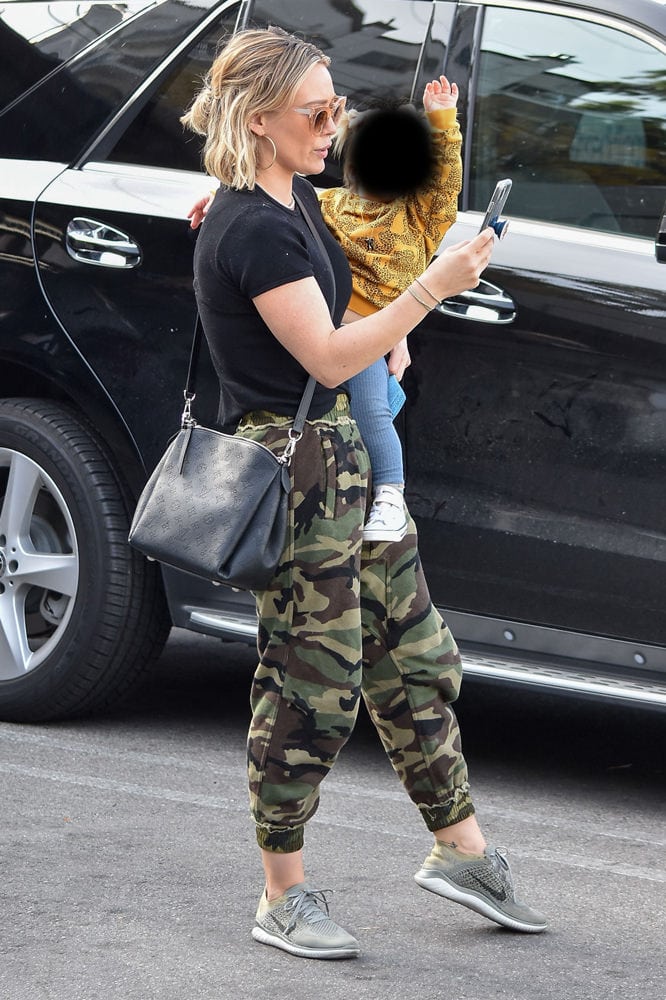 Nicole Kidman made the trek back to her native Australia for X-mas with this sleek mystery bag. She apparently found herself sitting next to Russell Crowe on the long journey home. True story. 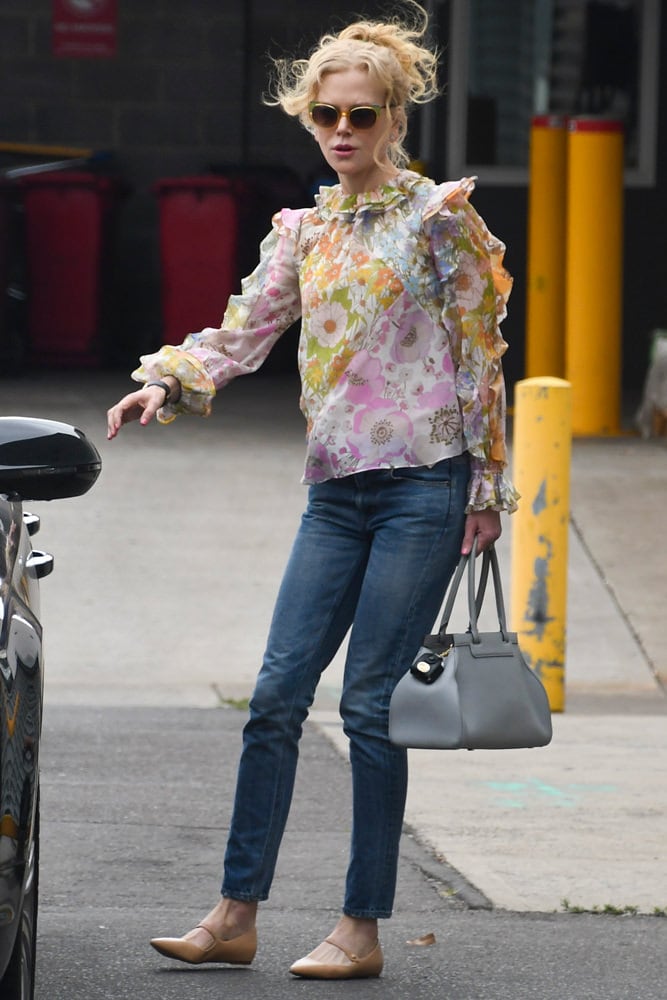 Here's Olivia Wilde, heading into what I'm sure was yet another legendary SNL after party carrying a Coach Parker Bag. Olivia is one of an ever-growing list of stars I can think of who procured a spouse from the cast of SNL. 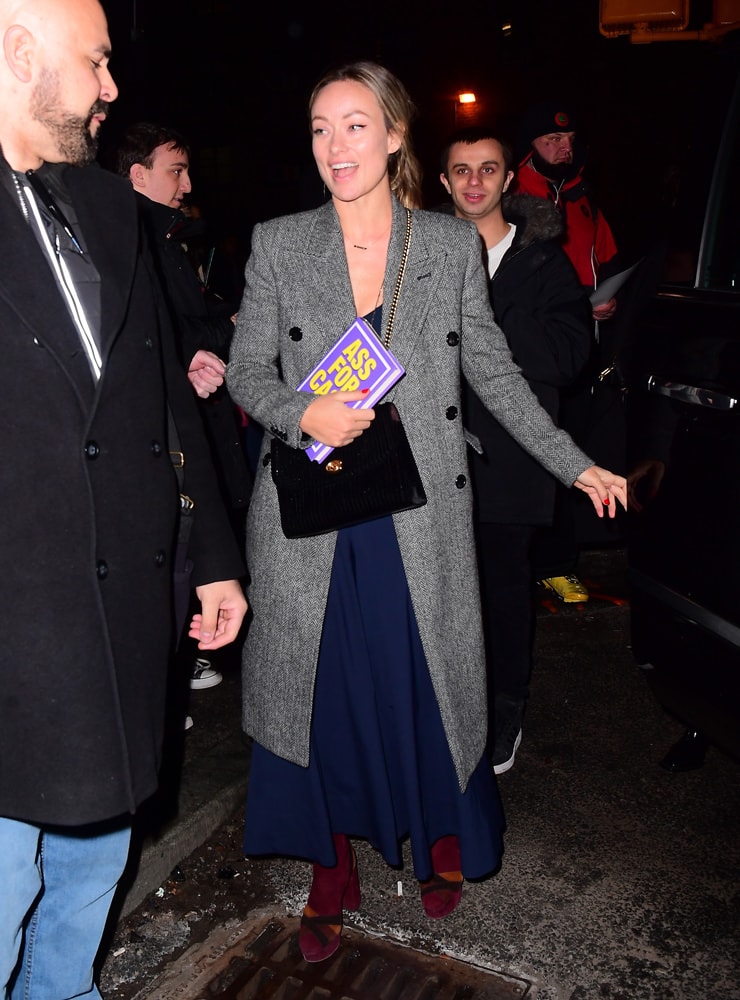