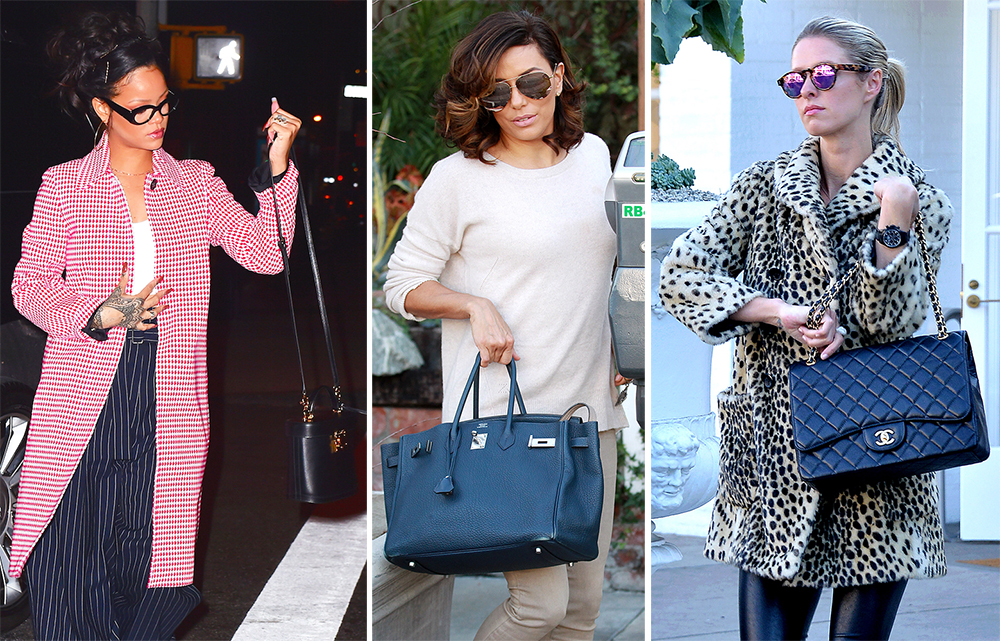 Chanel lovers: there's a pleasing variety of Chanel styles to ogle within, we assure you. This week our celeb Chanel fans made some far more eclectic bag choices than your usual black leather quilted Flap or Boy Bag, though, full disclosure, most of the Chanel bags are still flaps. Everyone else: Rihanna makes an appearance, and yes, as it happens, she is the sole celeb bag lover who is sans Chanel or Hermès. Hint: it's not Dior, either!

Here's Chrissy Teigen, cruising through LAX with husband John Legend and your standard black leather Birkin. We love Chrissy, but she has such a ridiculously enviable handbag collection that a black Birkin is actually kind of a boring choice for her.

Finally, a Chanel flap I can get behind. Dakota Fanning was also recently spotted at LAX carrying a cute, quilted, bubblegum pink Chanel Flap from Chanel's Cruise 2016 collection. As you can see, she's opted to carry it with the matching leather strap while letting the chain strap dangle in the wind. You know, just in case people forget it's Chanel. 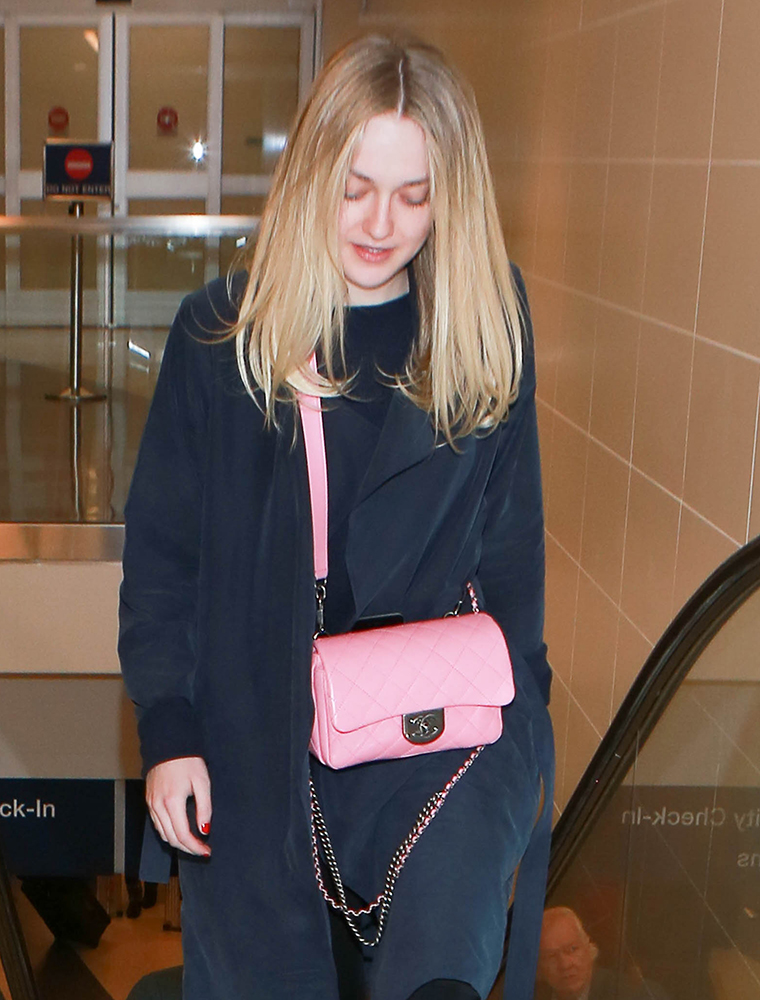 Fun fact: a ridiculous amount of Eva Longoria pap photos are taken right outside the Ken Paves salon in West Hollywood. It's like they don't even try to change up her appointment times. (Or, alternate theory: paparrazzi are always squatting outside Ken Paves.) In any case, she's carrying one of her many, many, Birkins. 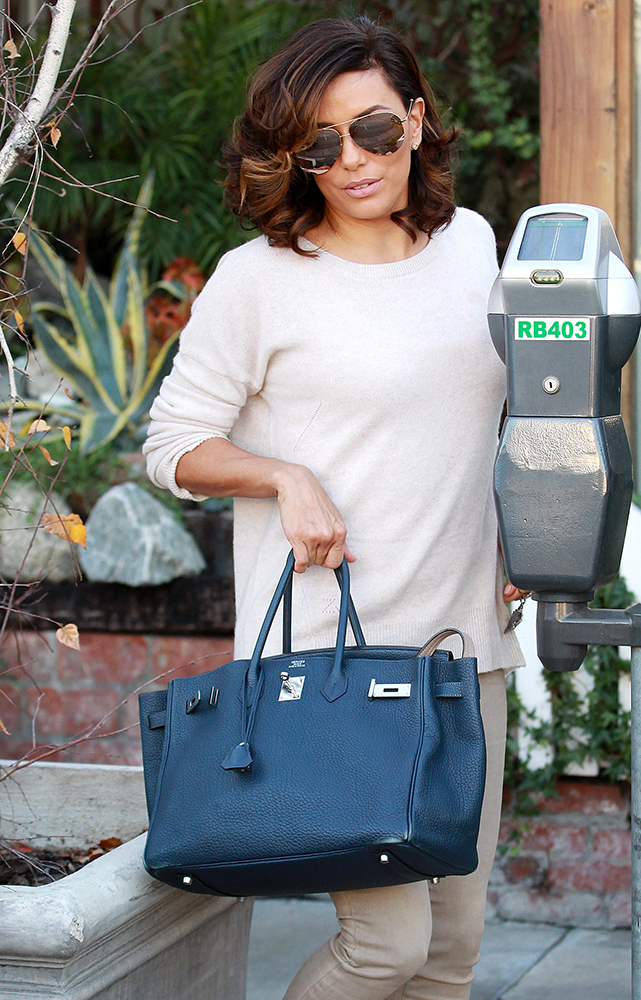 It's exceedingly rare that I like two Flap Bags featured in the same celeb post, but by Jove, it's happened. I don't hate Jessica Alba's patterned Mini Flap. I don't hate it at all. 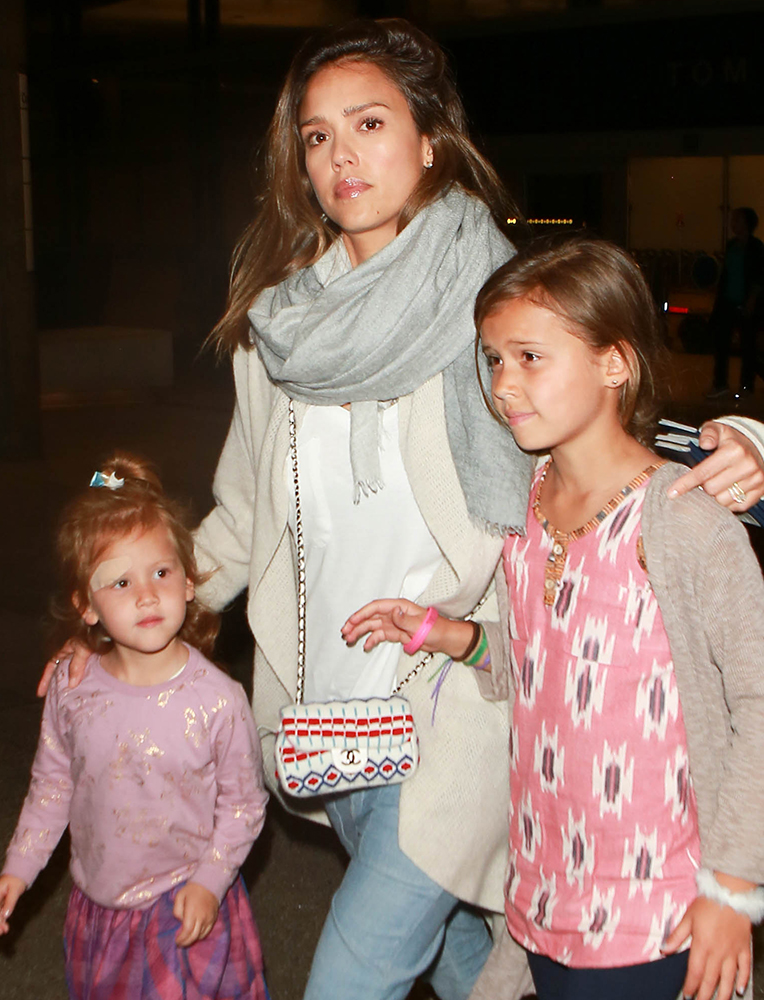 Here's Kathy Hilton, hanging out outside LAX with a snazzy embroidered Chanel Boy Bag AND an Hermès dust bag, which we can only assume contains another handbag. She's also holding a tote from Hotel Eden Roc in St. Barths. I don't know where you're going, Kathy, but please, take me with you. 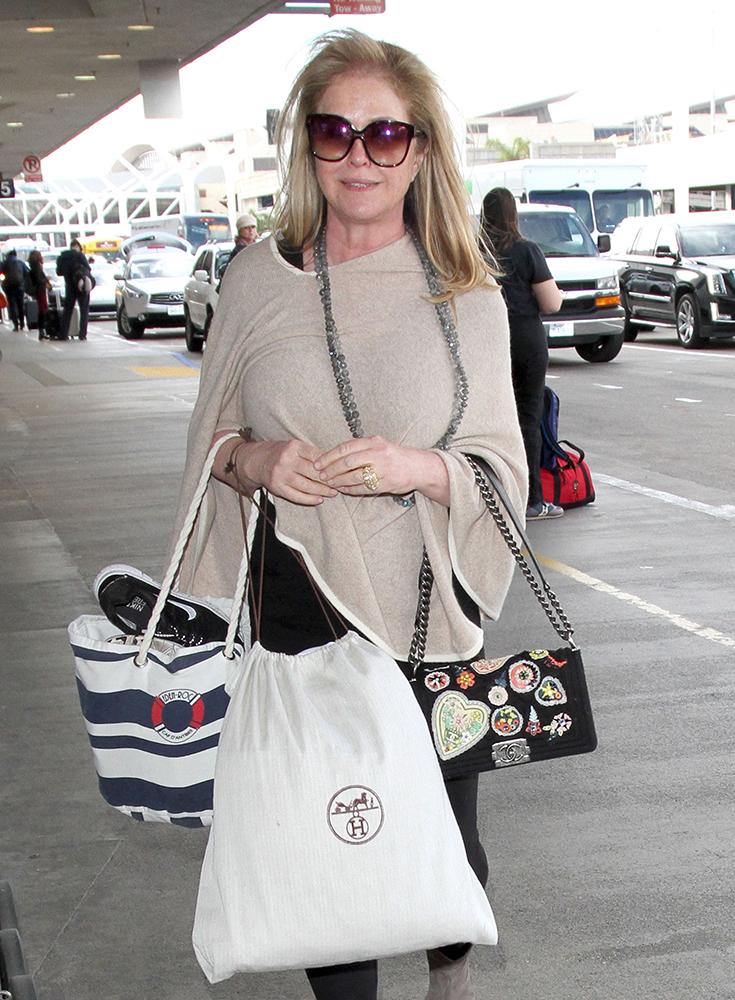 An intrepid paparazzo recently spotted designer Marc Jacobs carrying a Hermès Picotin while shopping at Hermès in Gustavia, the largest town on the island of St. Barths. Is it weird that Marc Jacobs is a bit of a fanboy for the (admittedly more upscale) Hermès brand? Should he carry his own handbags, a la Tom Ford? 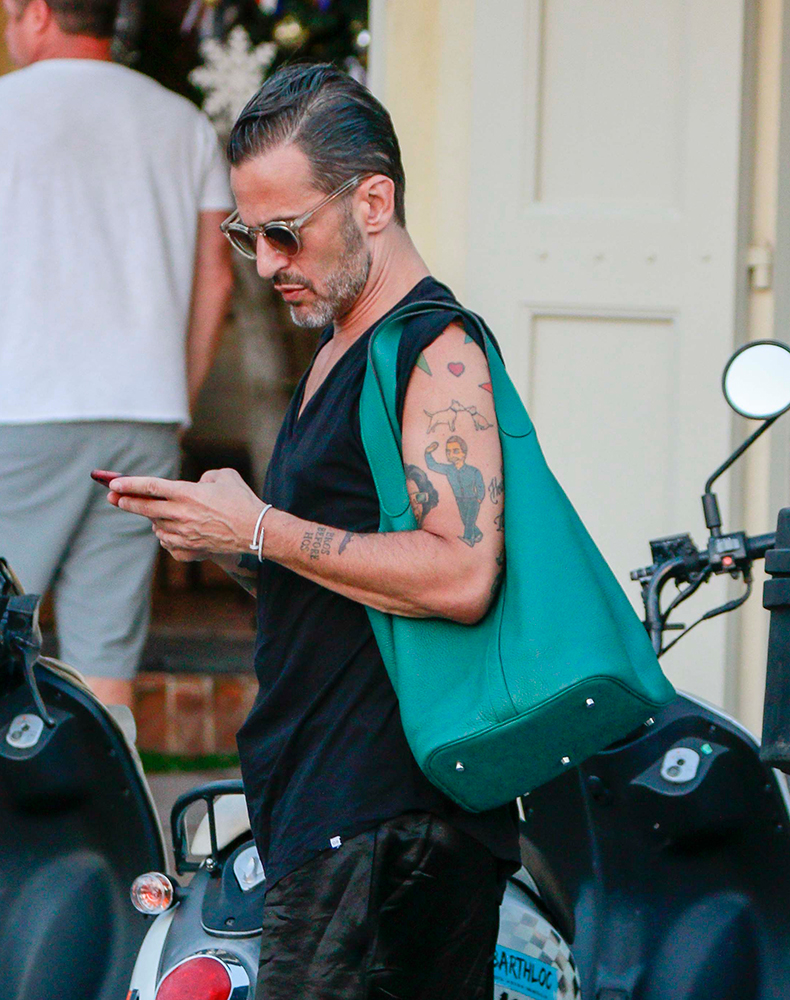 Like mother, like daughter. Here's Nicky Hilton, shopping at Zimmermann in West Hollywood with a large, opulent Chanel Flap. Her coat tells us that it must be a chilly sub-70 degrees in LA. 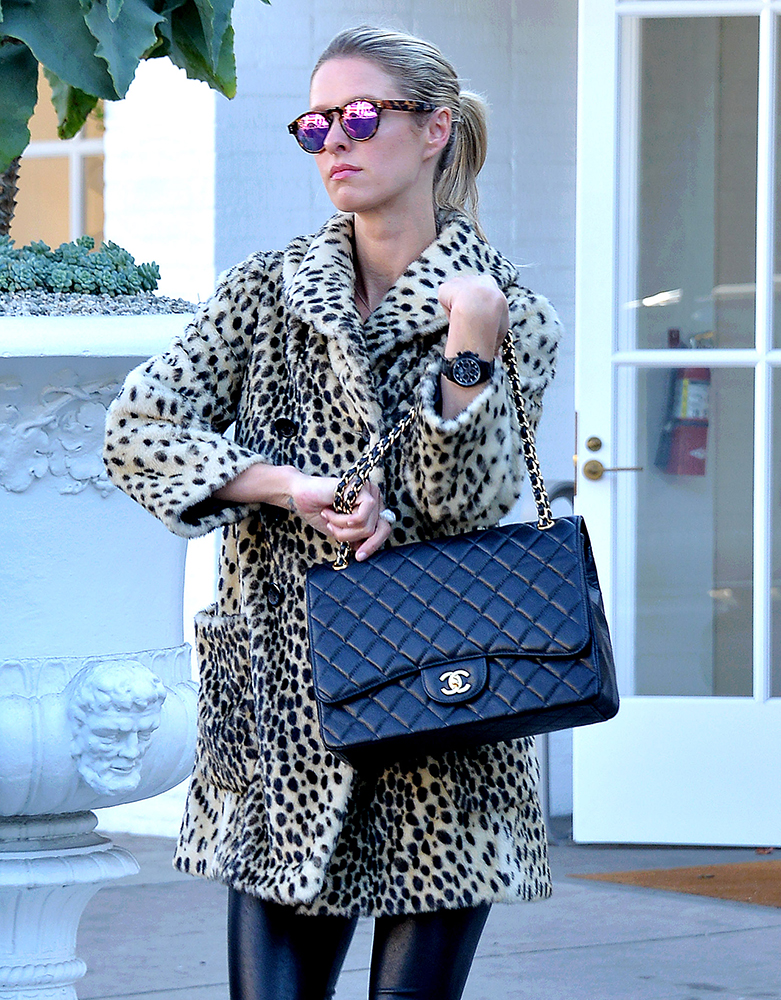 Last but obviously just as important, if not more, than everyone else, here's Rihanna, heading to dinner at Nobu in NYC with a Mark Cross Benchley Bag, which looks like a giant, leather-clad canteen or flask. Obviously, I love it. Also, I'm deeply fascinated by everything about Rihanna's outfit. 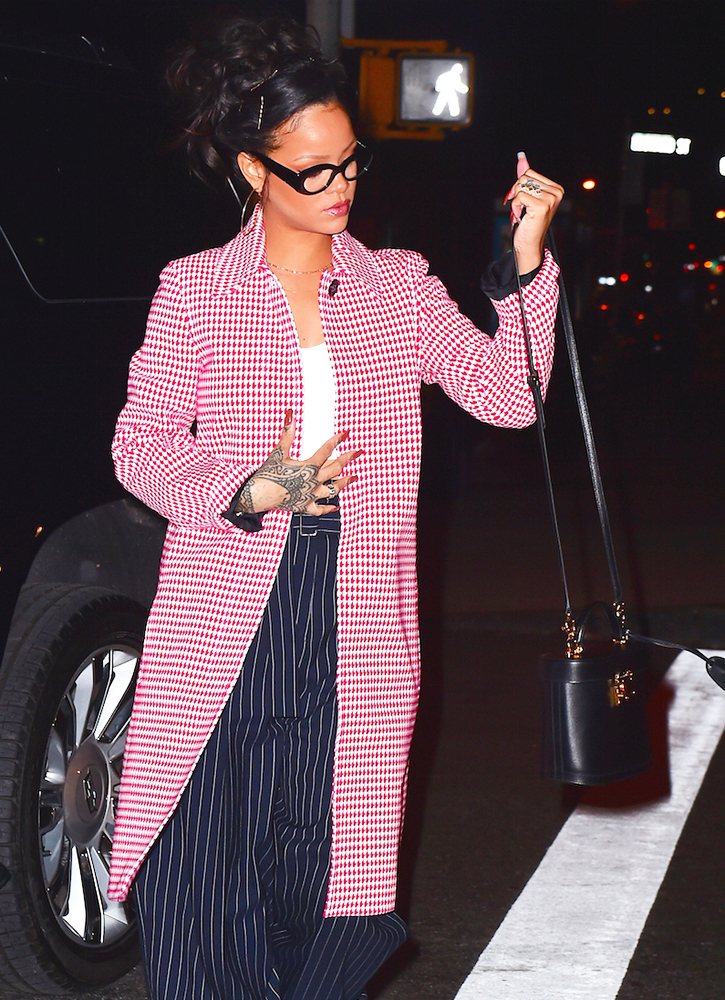