Celebs are Eternally Out and About with Sleek Bags from Fendi, Saint Laurent and Proenza Schouler 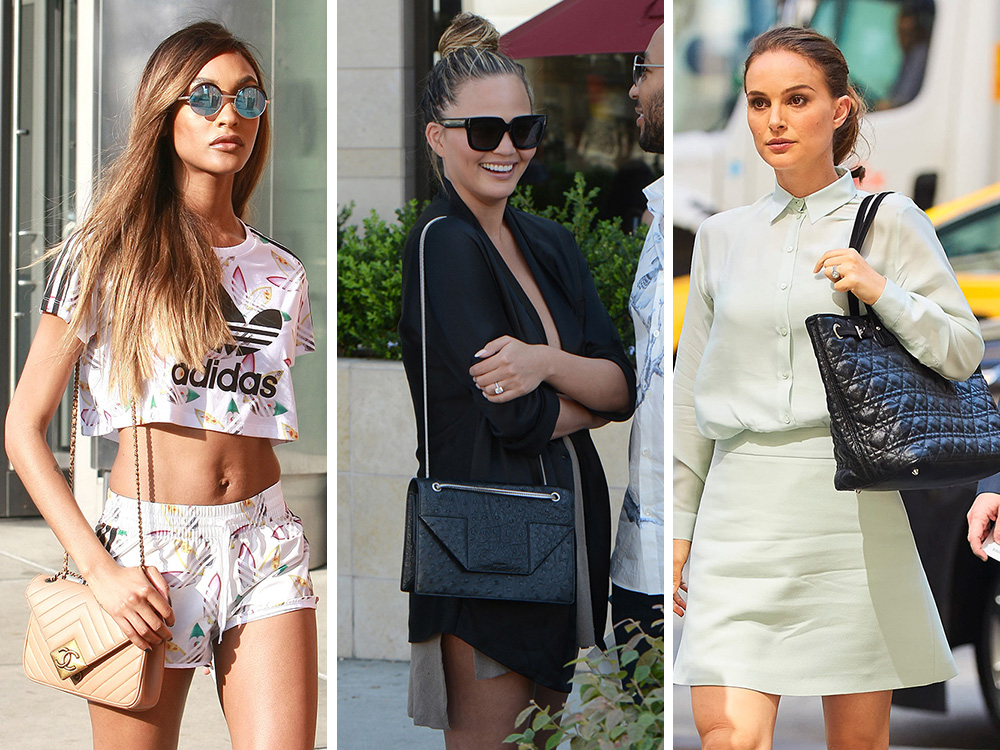 There are some unexpected celebs and unexpected bags in our final celeb handbag round-up of the week. Natalie Portman has appeared in the wild, bucket bags are still getting love and Chrissy Teigen‘s affections have returned to a certain Saint Laurent style. Next week, we’ll be taking a short break from our usual round-up format while we enjoy a little break of our own. During that time, we will be unveiling a list of the best celebrity bag picks of the season, though, so stay tuned! 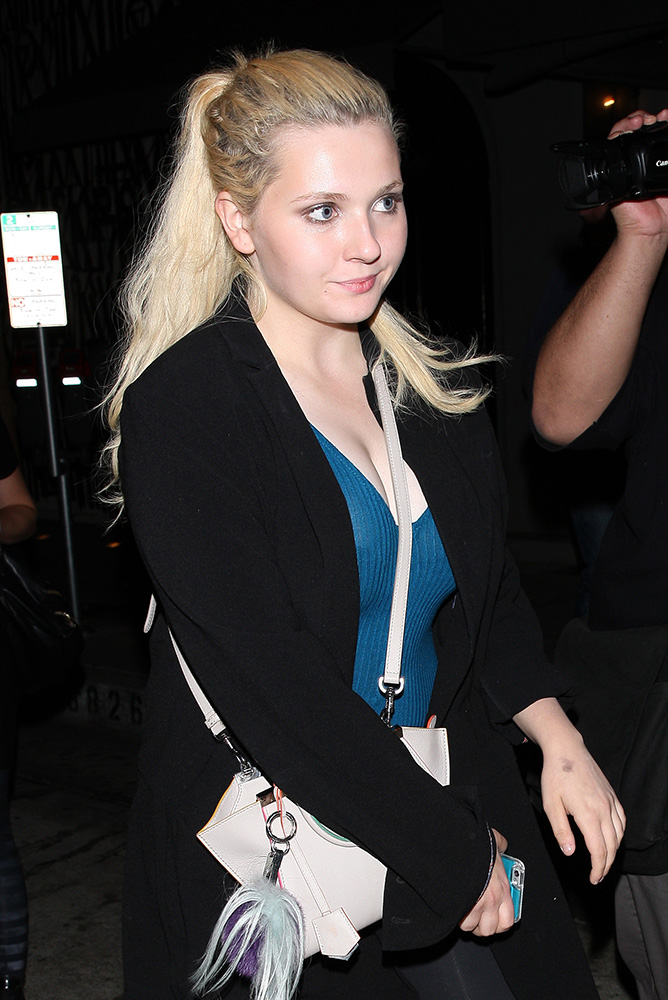 Paparazzi recently spotted Chrissy Teigen hanging out with the fam in Beverly Hills. She’s carrying a beautiful black ostrich leather version of the Saint Laurent Betty Bag. I don’t know why more celebs aren’t attracted to the Betty. Chrissy personally owns at least two, and you can see the other in The Many Bags of Chrissy Teigen. 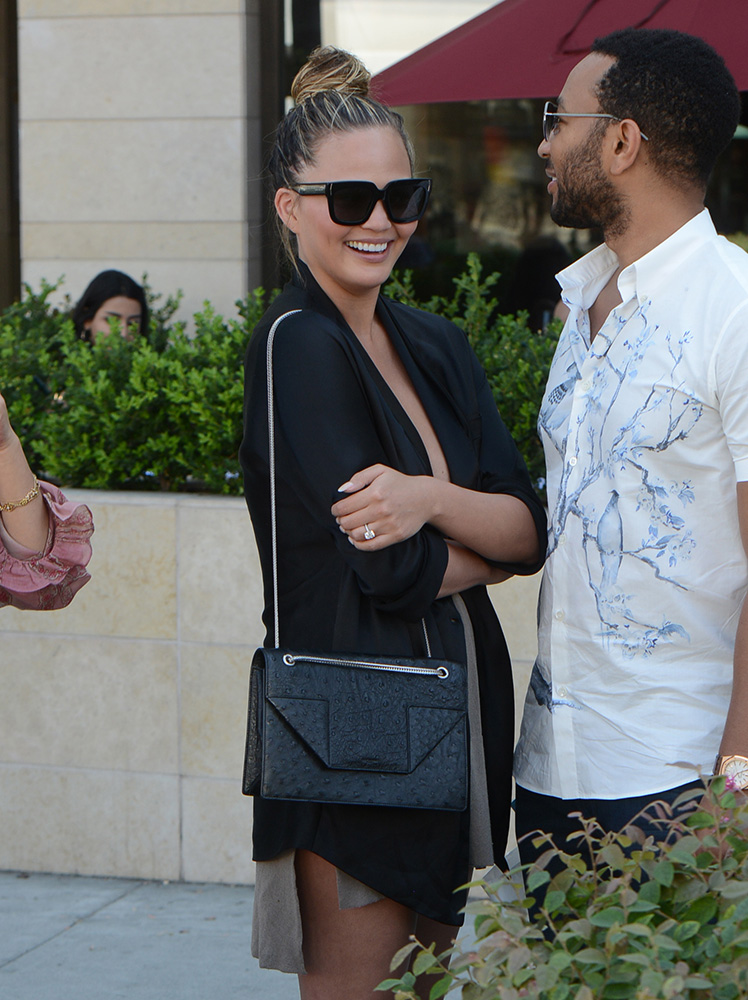 Elsa Hosk can frequently be found on random street corners in NYC, carrying a Chanel bag and looking like she just left a photo shoot. This week she’s sporting a quilted metallic silver Chanel Wallet on a Chain Bag. 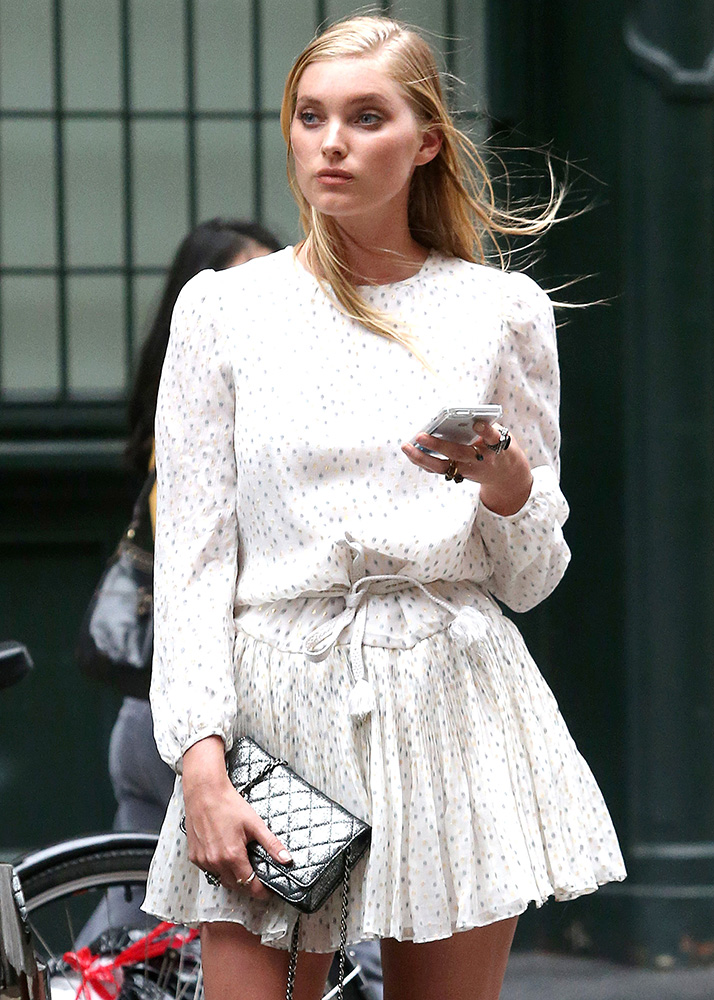 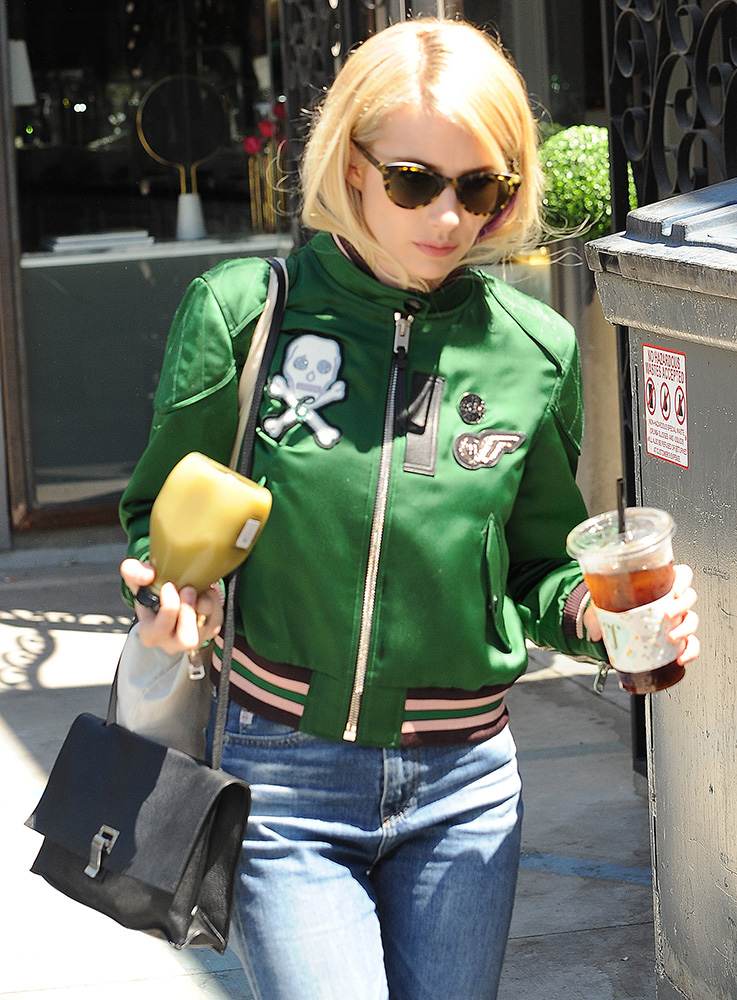 Speaking of Proenza Schouler, here’s Hilary Duff leaving the set of Younger in NYC with one of her favorite PS styles, the Bucket Bag. 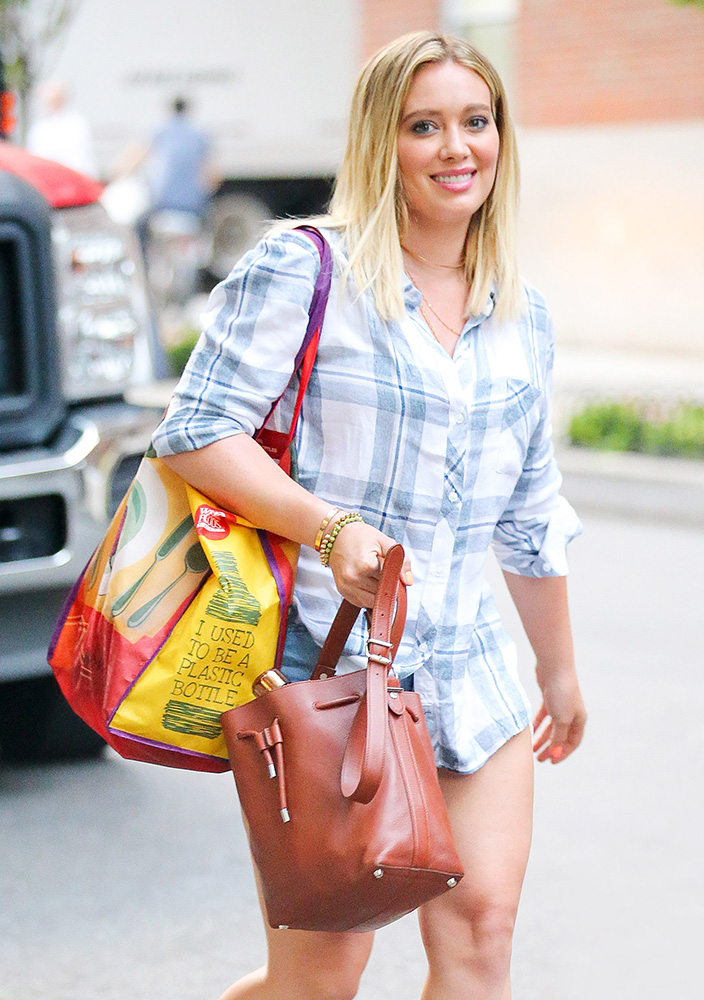 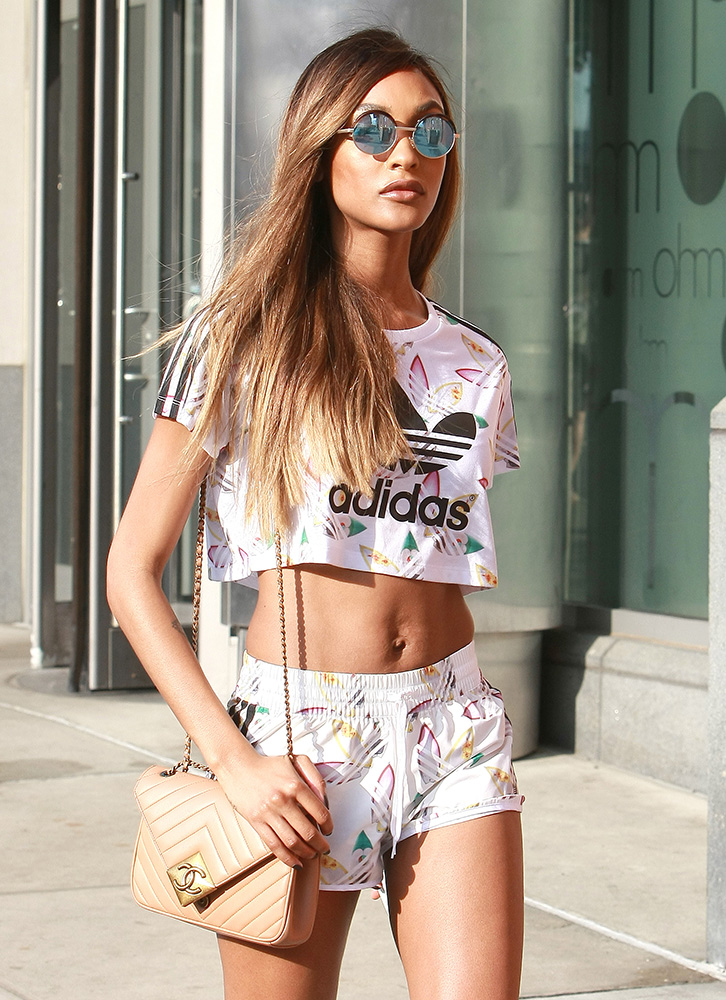 Natalie Portman does not often grace our virtual pages, for reasons to which I honestly haven’t given much thought. But now she has a new movie to promote, so she is once again making herself available to the masses. Here she is heading to a press appearance to promote hew new film A Tale of Love and Darkness with a black patent leather Dior Panarea Tote. 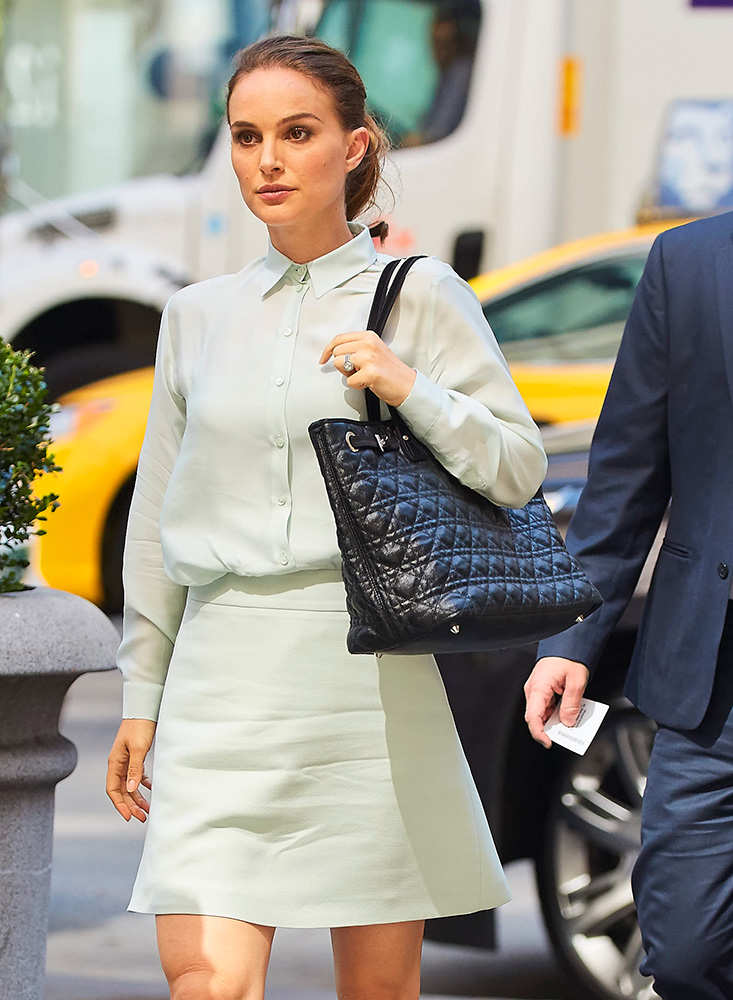 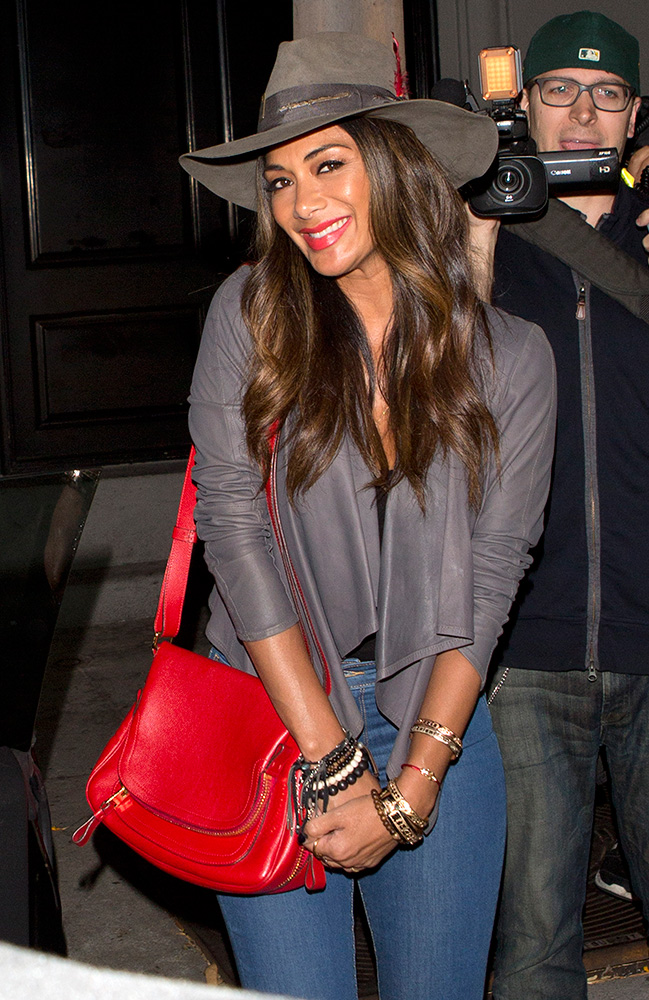 I’m pretty sure they made it for her when she was a spokesperson because she is vegan.

You can fact check but I think I read about it years ago!

If we could only take a look at Hillary’s overall bag collection. I bet it would be amazing.

They already did two “The Many Bags of Hilary Duff” posts on here. Here’s part 2, there’s a link to part 1 in that post: https://www.purseblog.com/celebrities/many-bags-hilary-duff-part-two/

I meant to say at home in her closet, her entire bag collection. 🙂

I spotted the Tom Ford Jennifer on Skyler: The fashion weather app, and I just had to have it. Its comfy, has several pockets inside and very versatile. Would highly reccomend

#6 – Did Chanel remake the pyramid bag for this season? As far as I know, and I searched high and low all over the country, this bag was made in 3 sizes, small camera bag (red, black, deep nude), small (blue, deep nude) and rectangular – a bit more medium size (only made in red and black – Gisele famously was photographed in this size). This is a larger size than those, and the color is a lighter beige than the deeper nude from the original season. If anyone has info on a newer version that is out please post!