This Week, Celebs Like the Pricey Birkins, Pale Pink and Louis Vuitton 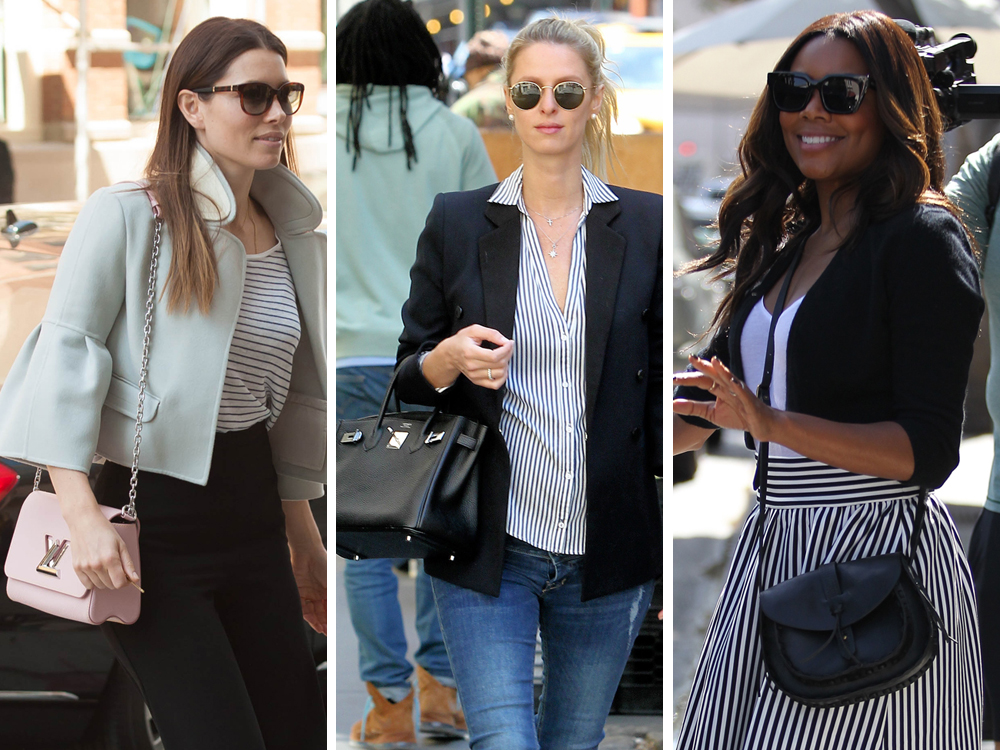 Celebs are always fond of their Birkins, and that certainly didn’t change this week, but we have something far more surprising in this celebrity handbag roundup: a bag that retails for under $150. You read that correctly. It could even be a bag you already own, if you’re particularly fond of the store in question. (If you are not yet in the Chanel- and Birkin-buying financial bracket or don’t ever intend to be, you are not alone. Do check out our weekly 5 Under $500 posts!)

In other news, pale pink is the color trend that refuses to die, spring after spring, and new little Louis Vuitton bags are getting a lot of love this week.

Chloë Sevigny was recently spotted out and about in downtown NYC with a Louis Vuitton Alma BB Bag. This petite, understated style is gradually gaining steam with a certain celeb set. Also, let’s take special notice of the enigmatic print on Chloë’s little black dress. I’m pretty sure here are both tophats and bones on there, as well as countless other objects I cannot even decipher. 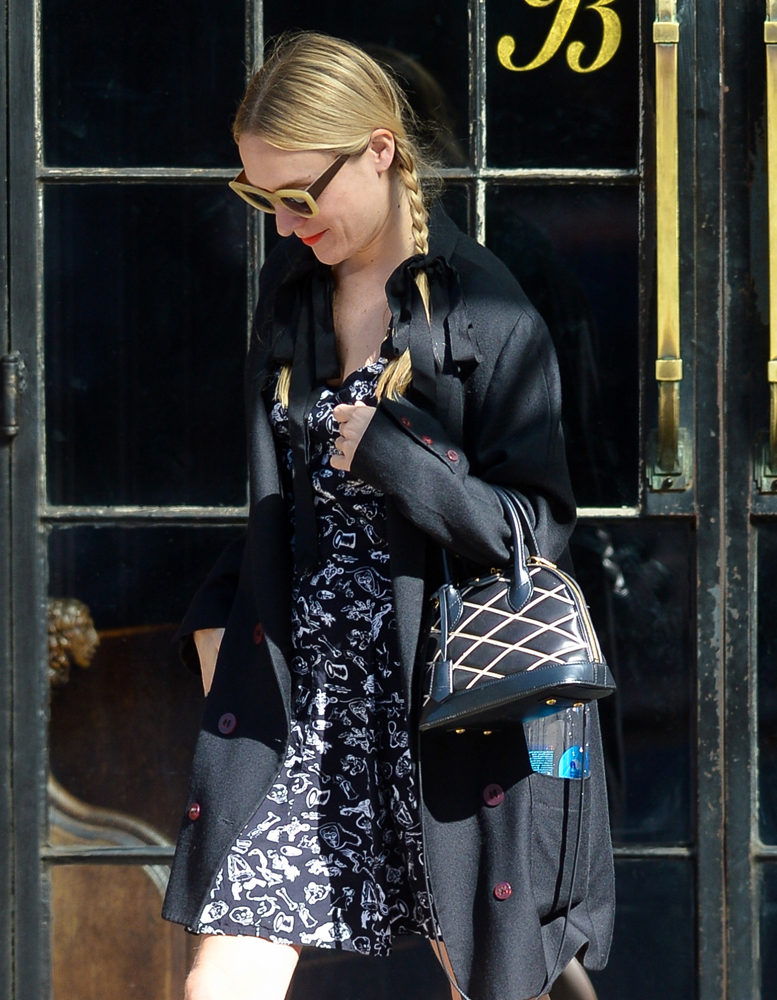 Here’s Swedish model Elsa Hosk, also roaming the streets of NYC with a black quilted leather Chanel Boy Bag. The print on Elsa’s skirt is far less obtuse than the one on Chloë’s dress. It simply informs us that 90’s florals are back, so get on board already. 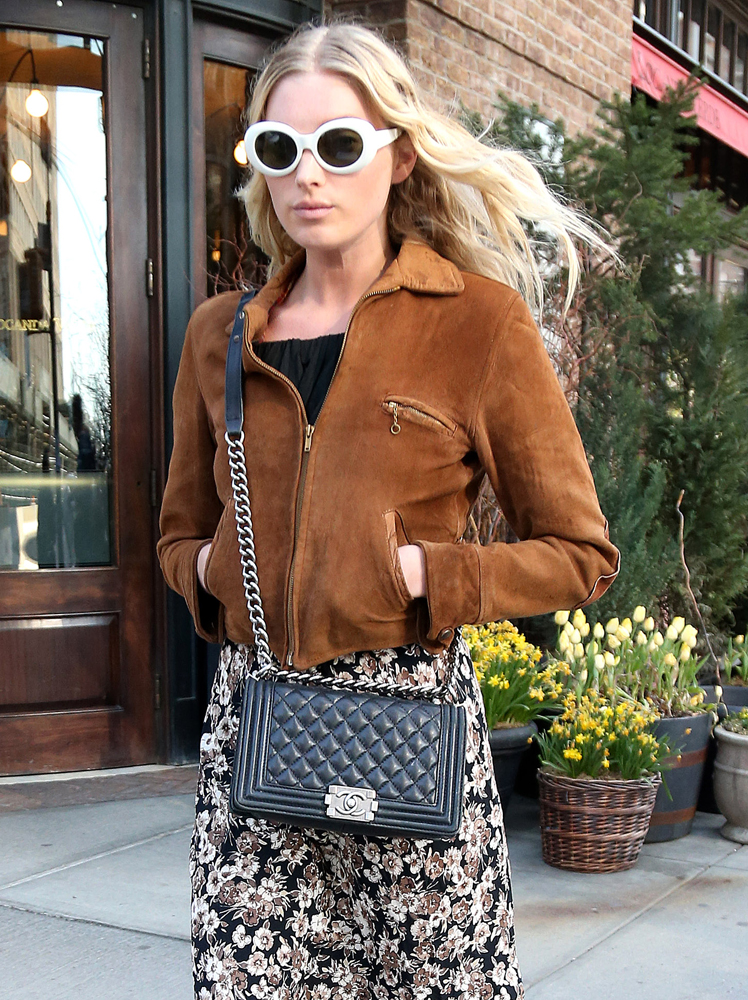 Gabrielle Union carried this bag from Madewell (of all places!) to lunch at Villa Blanca in Beverly Hills earlier this week. This bag retails for a mere $138, making it the most affordable celebrity handbag choice we’ve seen in weeks, possibly even months. (Possibly for the entirety of 2016?) Have you bought a handbag from Madewell? What’s the consensus? 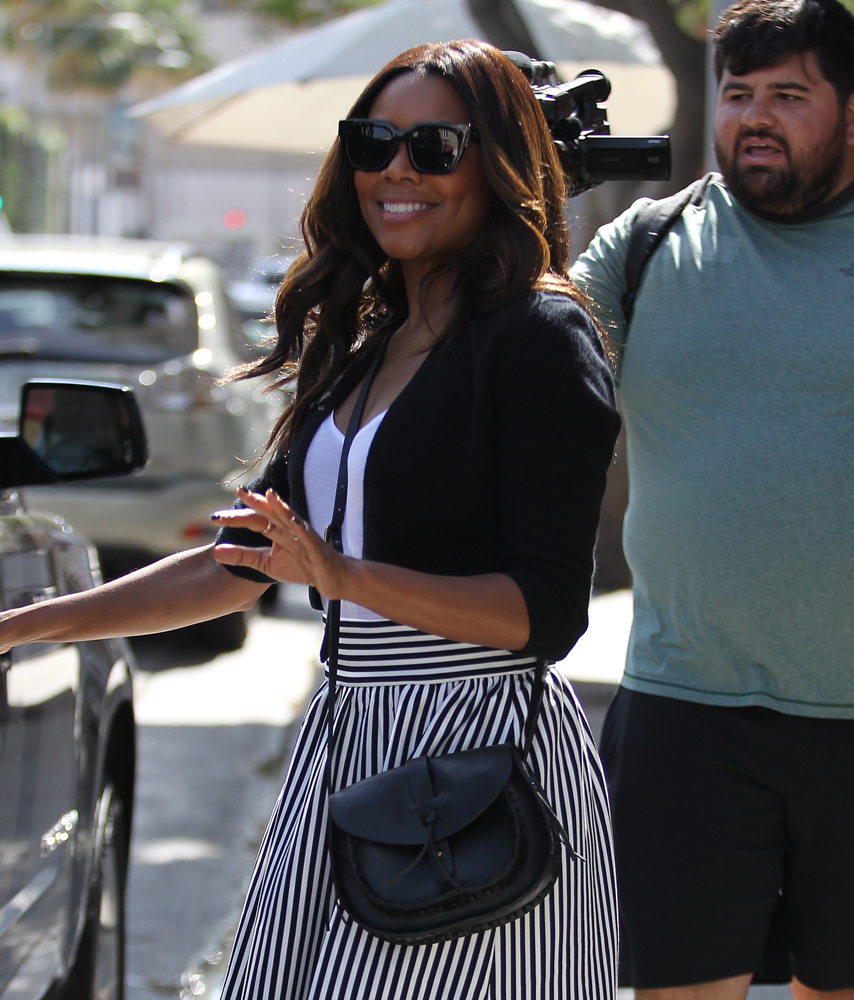 Here’s Jessica Biel, arriving at her NYC hotel with a pale pink Louis Vuitton Twist Bag. (It’s hard to believe the Timberlake-Biels do not own property in NYC.) The Twist is nice enough, but I have never liked the pointy, revamped LV logos featured on this bag, and I hope they disappear from handbagdom sooner rather than later. 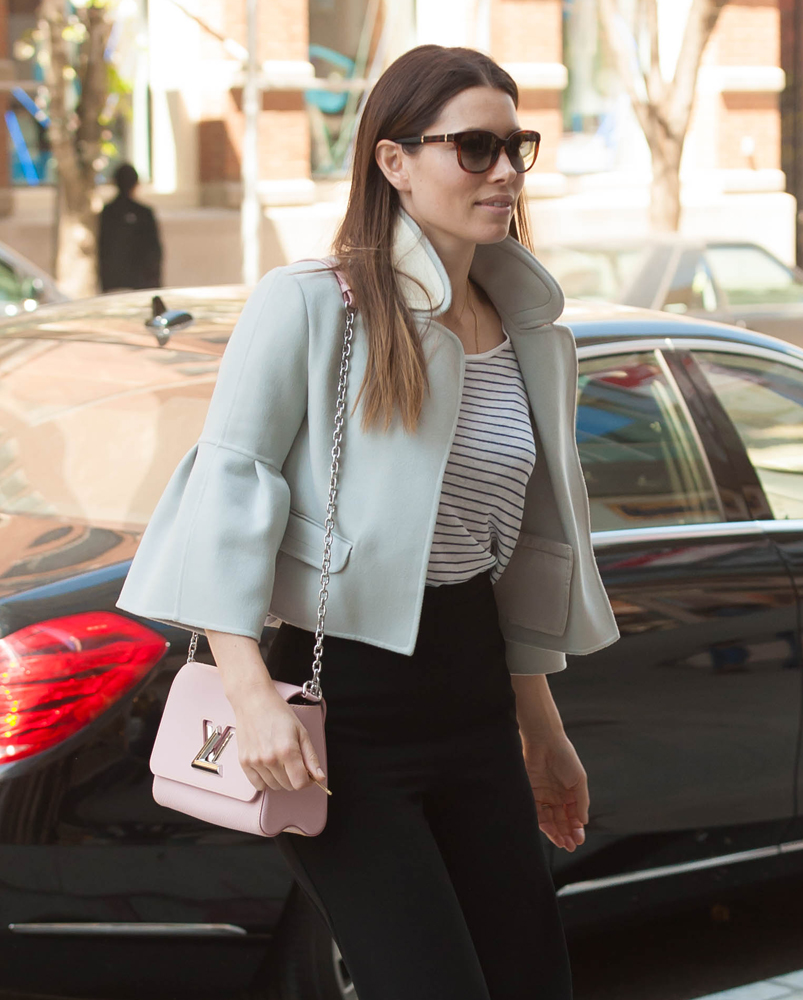 Here’s this week’s “stars, they’re just like us!” moment: it’s Julianna Margulies, waiting for the subway like a complete normal with her husband and son in NYC. She’s carrying a black leather Balenciaga City Bag. 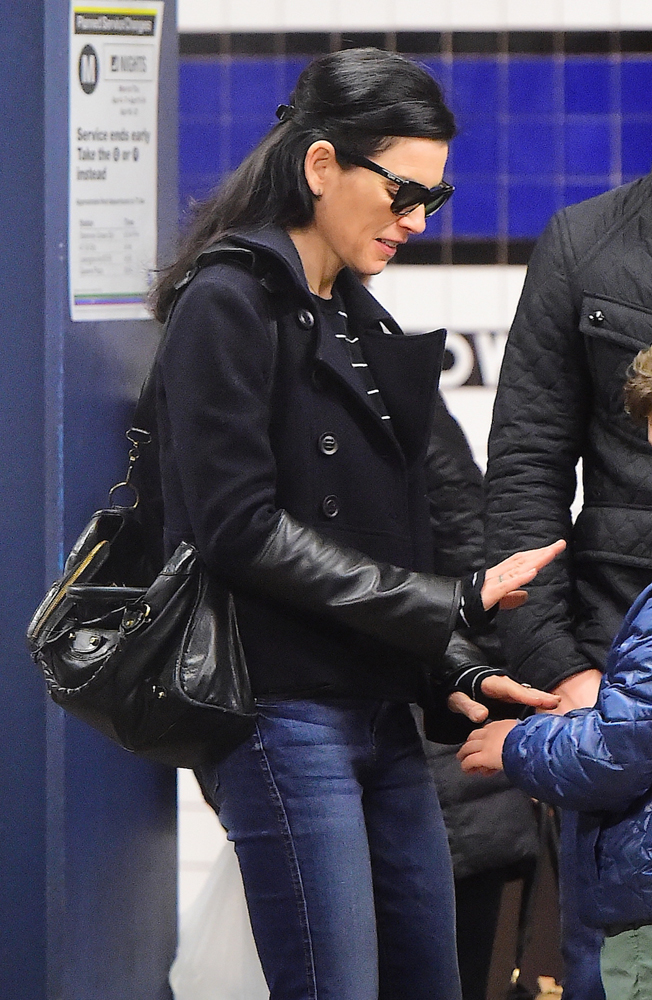 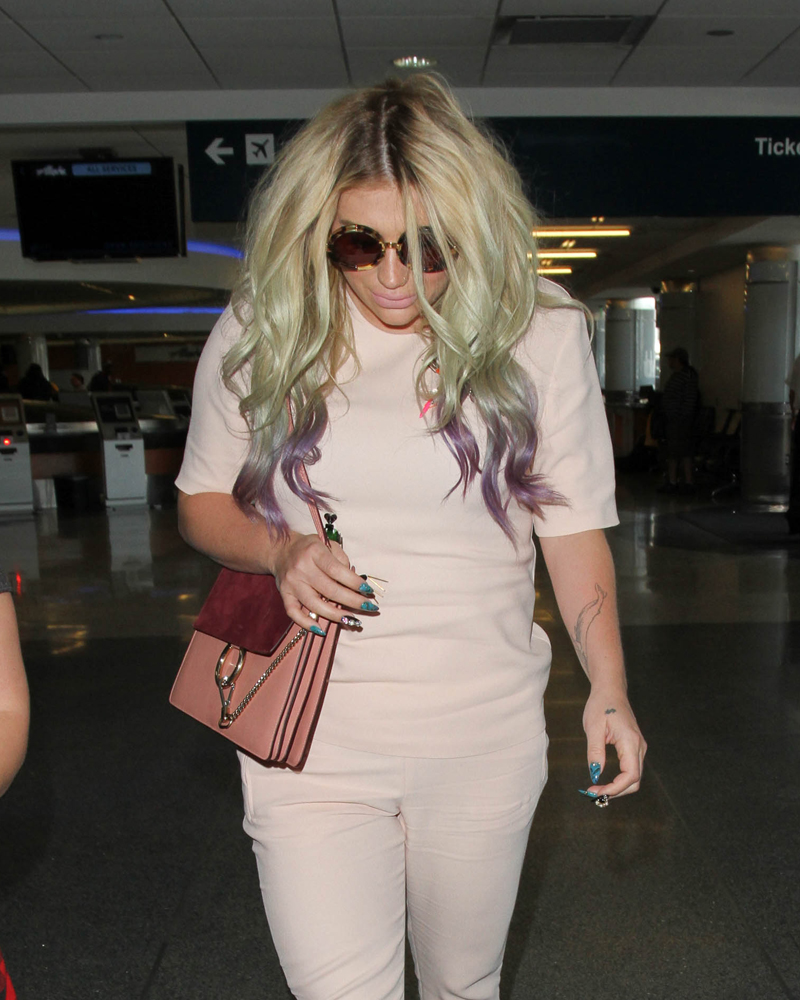 Meanwhile, on the East Coast, Kourtney K tried to stay incognito at the arrivals gate at JFK with a baseball hat, baseball jacket, and black pebbled leather Hermès Birkin. Kind of a fail on the incognito front. 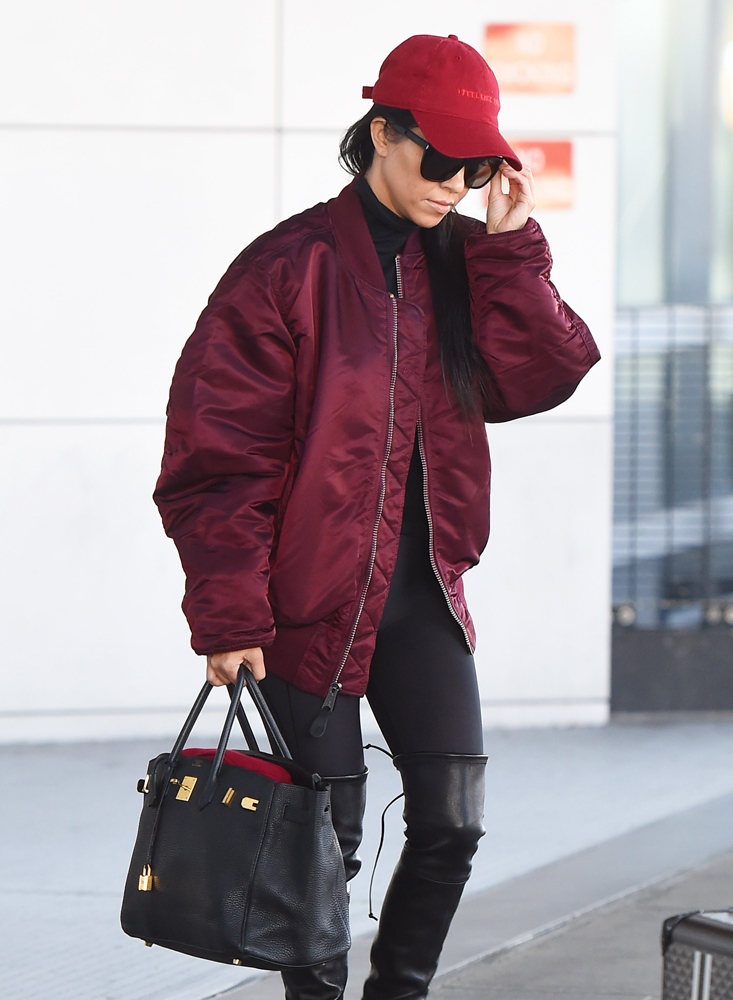 Our photo service informs us that this is a picture of Nicky Hilton “shopping for art” in NYC. She’s carrying one of the highly coveted smaller black Birkins with palladium hardware. She’s just casually balancing like $10,000 in Birkin value on her right arm, like only a Hilton could. NBD. 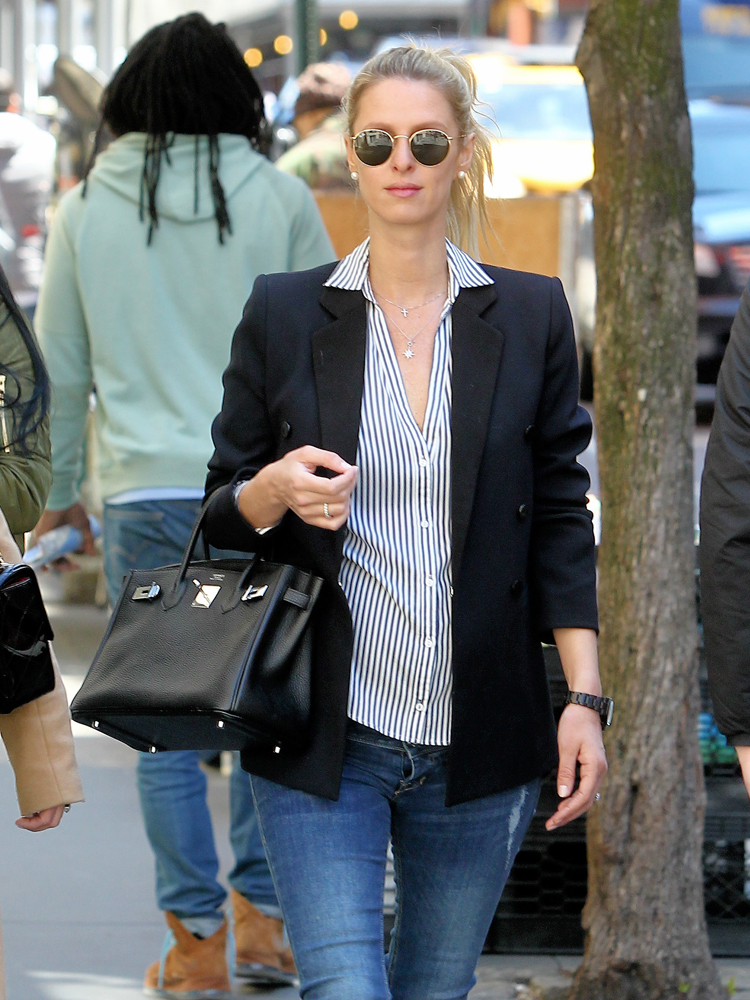 Looking at the drink bottle in Chloe Sevigny’s coat pocket, I can’t help thinking a bigger bag would be more practical and streamlined if you like to carry water.

Water bottles in pockets is kind of in character for her.

Love that Madewell saddle bags. A few cute options all for under $200.

My sister has a casual, laid back, hipster sort of style and loves Madewell for clothes, shoes and handbags. I think the leather and quality are very good for the price point. They’re sturdy, practical, unpretentious and attractive bags.

I have a Madewell tote for work and I absolutely love it. Very well made and rather lovely to look at.

My daughter, 25, is the same. This bag would be perfect for her — sadly, all my designer bags are wasted on her 🙁

I am going to order that Madewell. So pretty. I have their transport tote and it is beautiful