This Week, A Fendi Mini Has Its Moment Right Alongside A Certain Celeb’s Enormous Engagement Ring 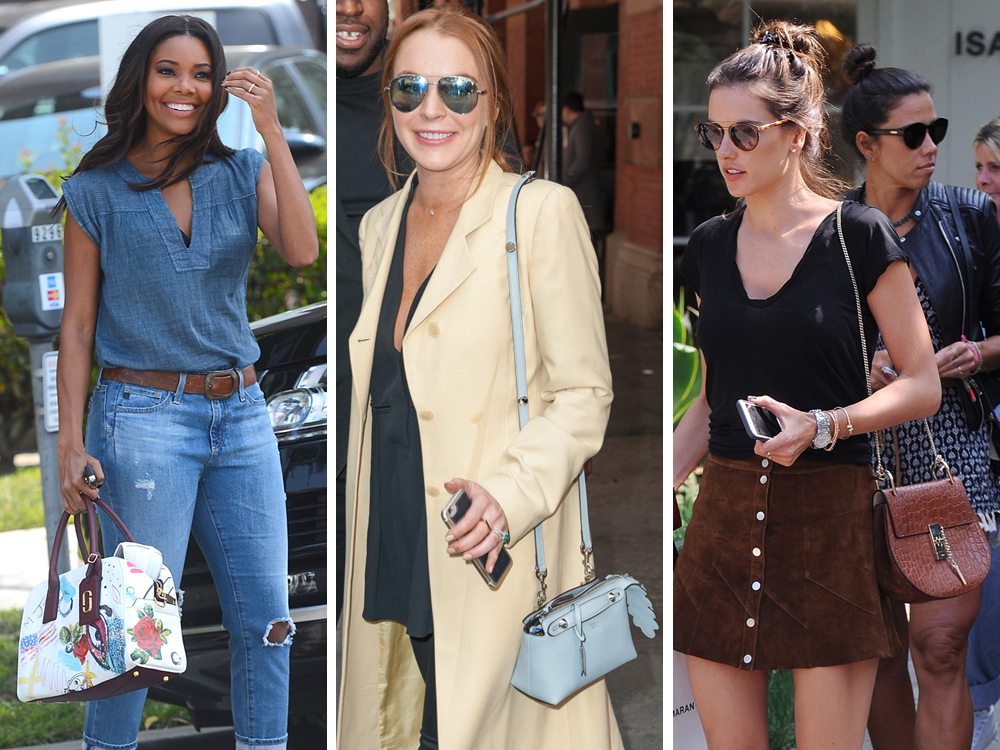 It’s always serendipitous when we can combine our celebrity handbag roundups with a nice piece of hot celebrity gossip. Celebs love to sync pap-friendly public outings with their good news, and they won’t just wear or carrying any old thing for the occasion. This week’s (allegedly) newly engaged celeb chose a little blue Fendi for her special debut, which seems most appropriate. This roundup also features appearances by Ashley Graham, Jennifer Hudson (Jennifer, where have you been?) and numerous other “hotsie-totsies,” as your grandpa would call them. We think their handbag selections are pretty attractive, too.

We’ll start off with Alessandra Ambrosio, shopping at Isabel Marant in LA with her textured brown leather Chloé Drew Bag. We’ve caught a lot of celebs coming or going from Isabel Marant lately, and we’re curious to know what the big draw is. (We have to assume it’s the clothes, because this is a weird time of year to stock up on her popular boot styles. Unless they’re on sale, of course.) 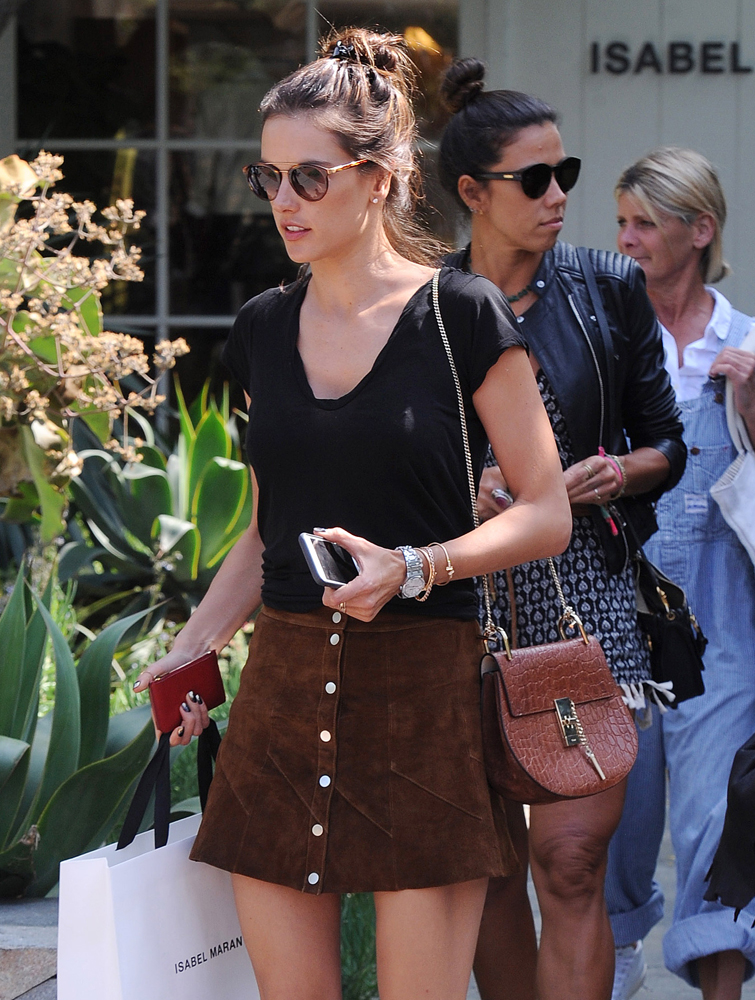 Here’s model Ashley Graham, out and about in NYC with a lovely blue micro version of the Céline Luggage Tote, which is becoming increasingly popular with celebs these days. As you can see, the micro is notably bigger than the Nano, but obviously a fair bit shorter than the regular Mini Luggage Tote. 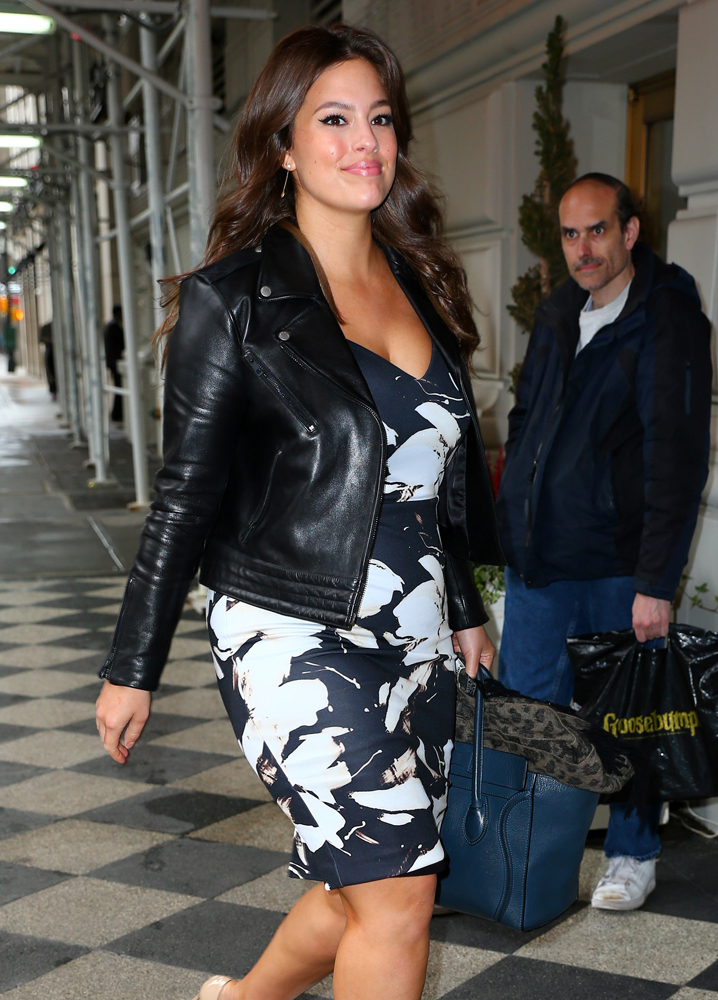 Paps recently caught up with a nonplussed Elle MacPherson right before she ducked into this building in NYC. Her shiny blue Bottega Veneta Snakeskin Clutch is sadly no longer available in stores. 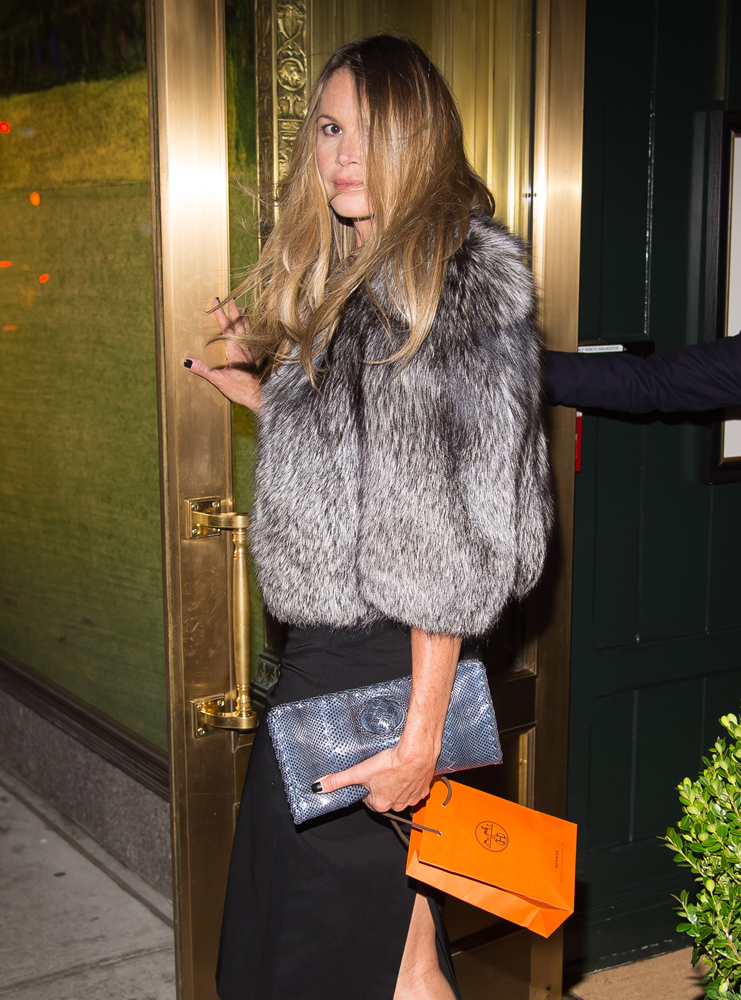 Gabrielle Union was recently spotted doing a little shopping in Beverly Hills with her “collaged” version of the Marc Jacobs Gotham Satchel. The designer now offers several different handbag styles with similar versions of this print. 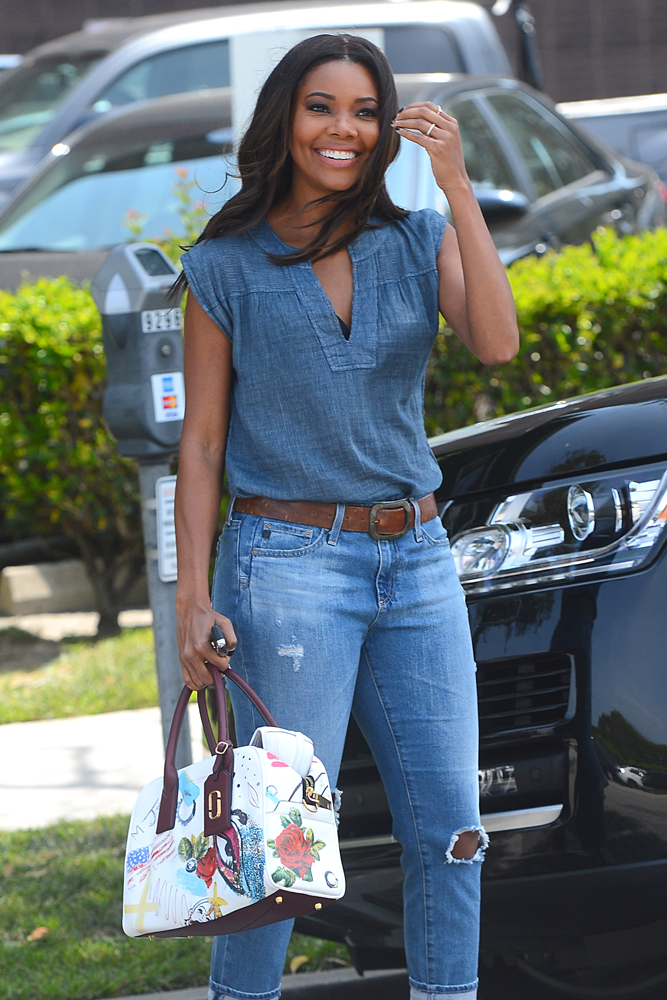 It’s been a spell since we’ve seen Jennifer Hudson, but here she is arriving at CBS This Morning to promote her new HBO movie Confirmation. She’s carrying a pristine white ZAC Zac Posen Eartha Satchel, which has become something of a sleeper handbag hit over the last few years. 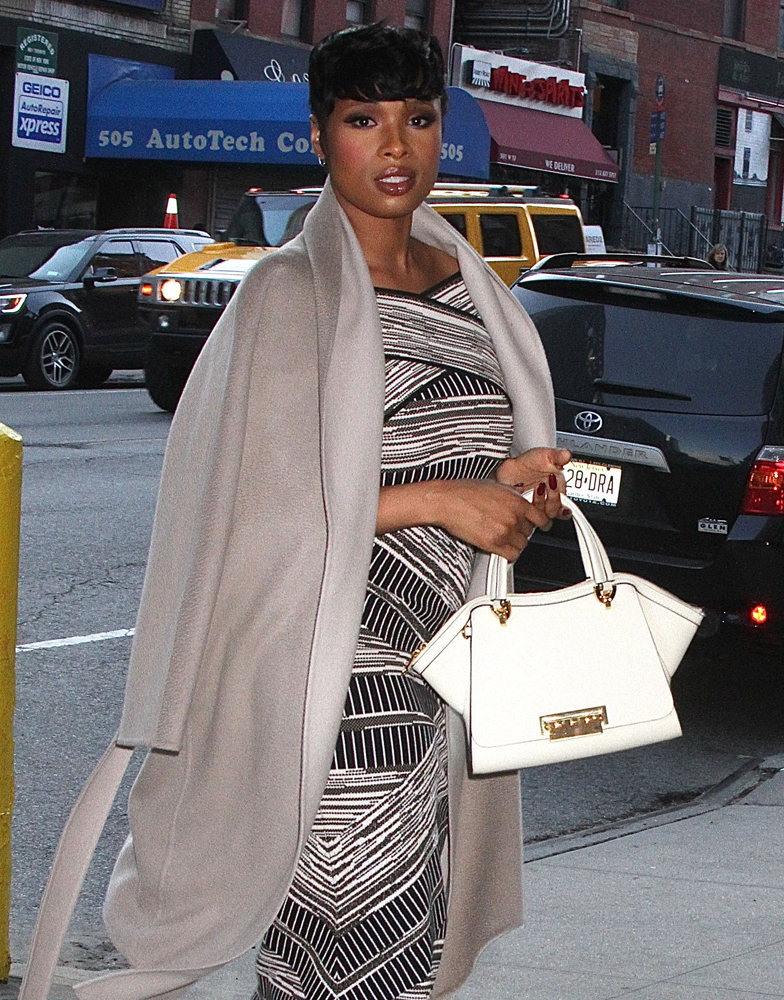 Here’s Katie Couric, heading in to get her hair and make-up done for an appearance on Kimmel. She’s carrying a burgundy intrecciato Bottega Veneta tote. 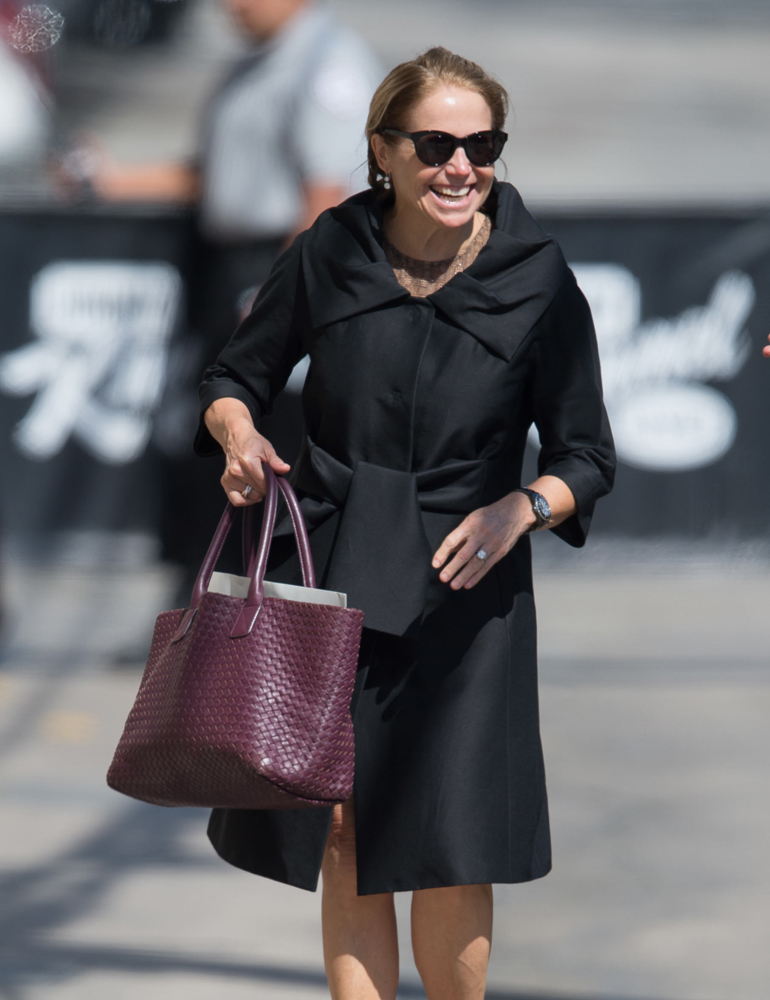 Lindsay Lohan
Fendi Mini By The Way Bag
$1,450 via Nordstrom

Have you heard the news? Lindsay Lohan is allegedly engaged to some hot young rich Russian oligarch. (Okay, fine, he may not be an oligarch just yet, but he is very rich.) They haven’t announced it officially yet, but look at that rock on her ring finger. Lindsay found an opportunity to flash it at the paps while doing a little shopping in Soho. She’s carrying a pale blue Fendi Mini By The Way Bag that I greatly prefer to previous versions. 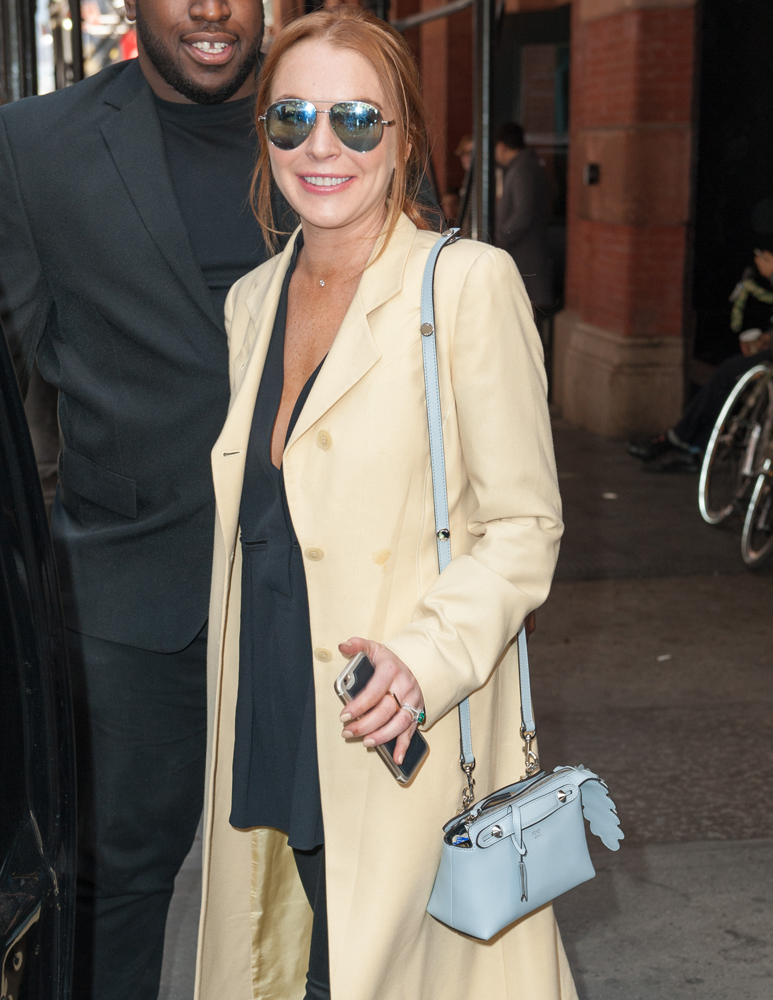 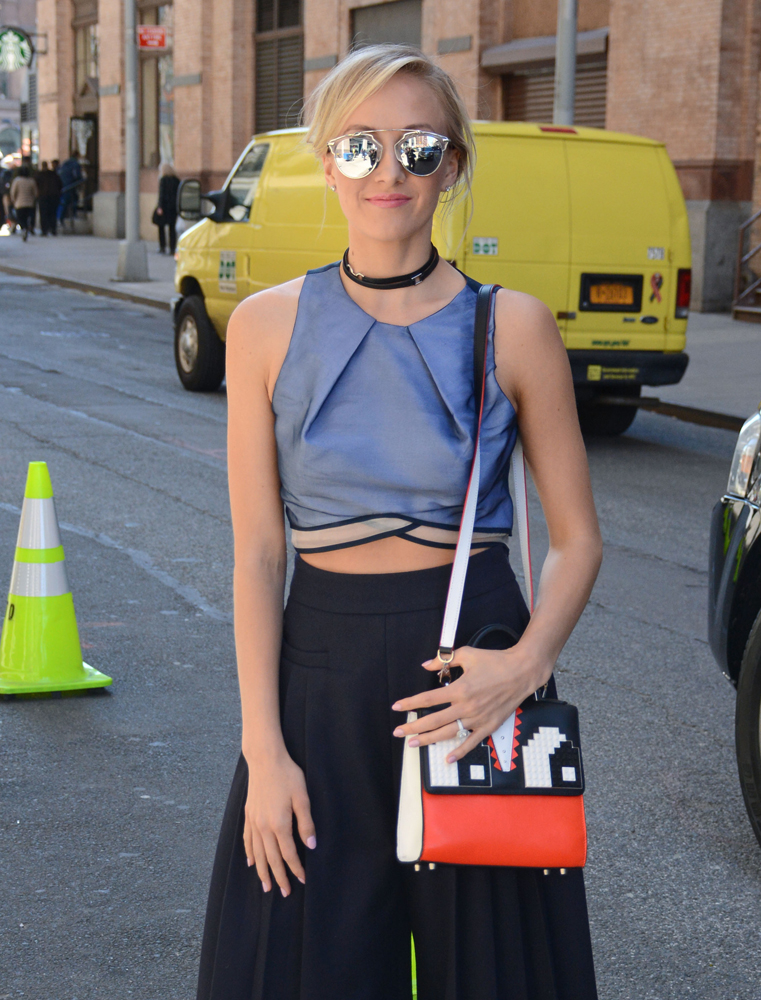 All dresses are amazing. But I really like first one

Round of applause for Jen Hudson