Celebs Shook It Up Last Week with New Bags from Céline, Burberry, Gucci and More 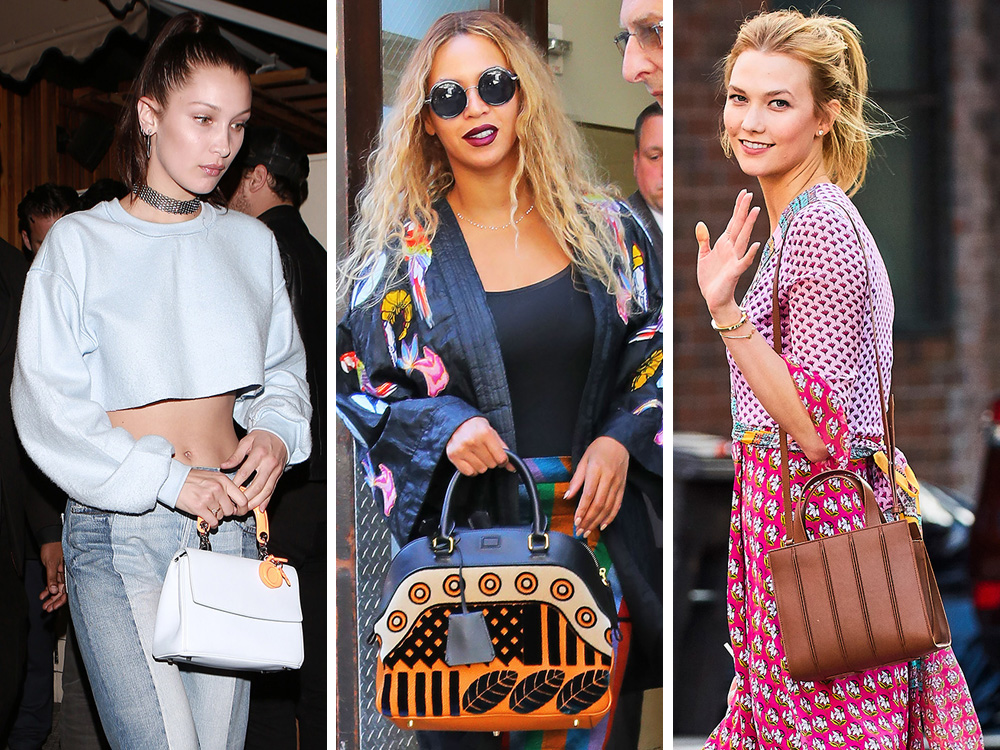 Exciting new summer handbag trends are emerging this week, and celebs' designer selections are all over the place (in a good way). Also, as you've obviously gathered, Beyoncé makes an appearance, as well as several more of our favorite supermodels and/or television personalities, and they have all chosen to reward us for our patience and admiration with some extremely colorful wardrobe and hair choices. What a time to be alive!

Does this door look familiar to you? That's because it's the door to The Nice Guy, and it witnesses more celeb entrances and exits every day than TMZ. (Maybe. They're pretty well staffed, actually.) This is Bella Hadid, leaving the restaurant with her Be Dior Bag. 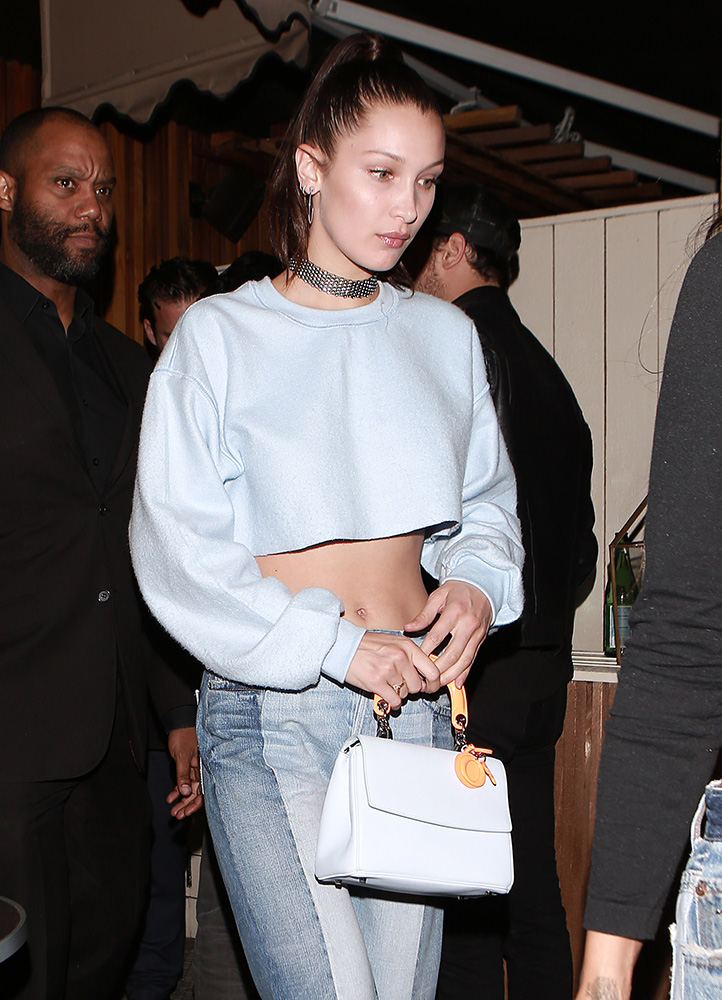 Here's Queen Bey, out in NYC with Jay-Z. She's carrying a colorful velvet and leather Burberry satchel that really pops with her eye-catching ensemble. (I love the parrots.) We just featured a very similar version of the Milverton in one our Best Bag Deals round-ups last month, but as you might suspect, it is now sold out. 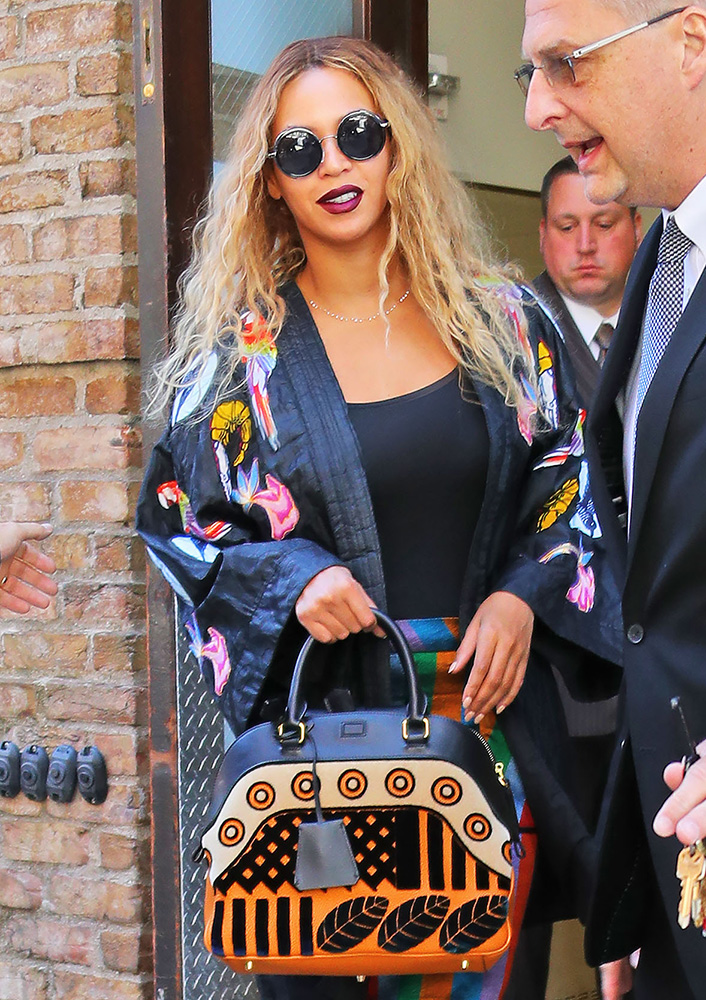 Amanda recently included the Céline Trotteur in her post about the next wave of bags about to have their moment, and here it is on the arm of Chrissy Teigen. Amanda knows all. Chrissy carried this exotic version of the Trotteur to a recent dinner date with her husband at Craig's. 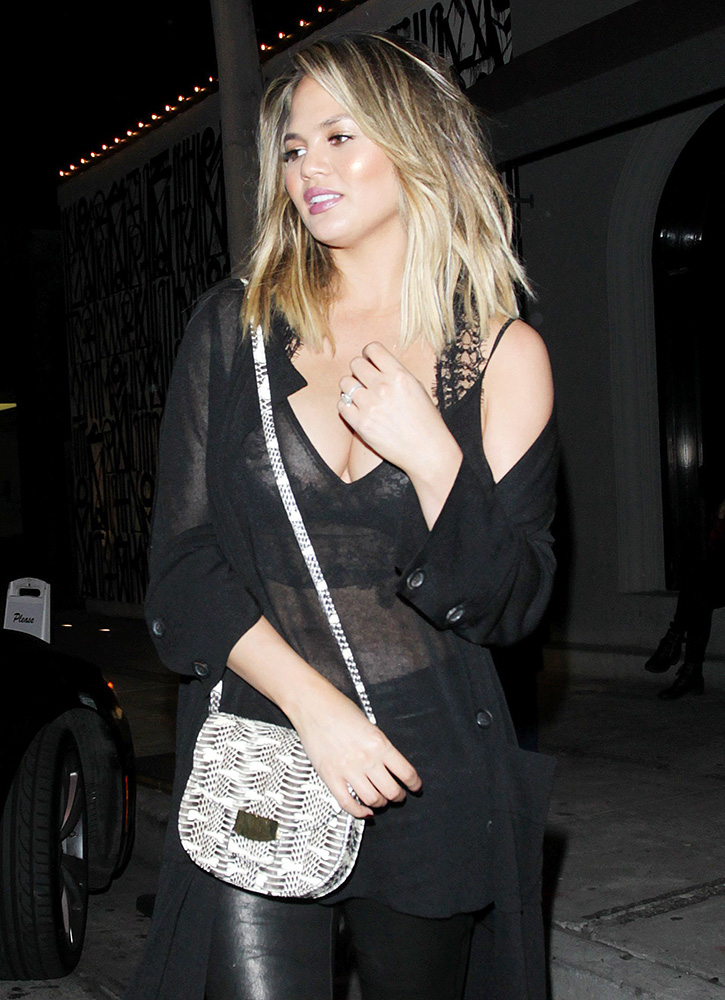 Here's Jay-Z, holding the door for Bey (I assume) while out in NYC. He's carrying a simple black leather Givenchy backpack. Is it me, or is all the light gone from his eyes? Maybe it's just the shades. 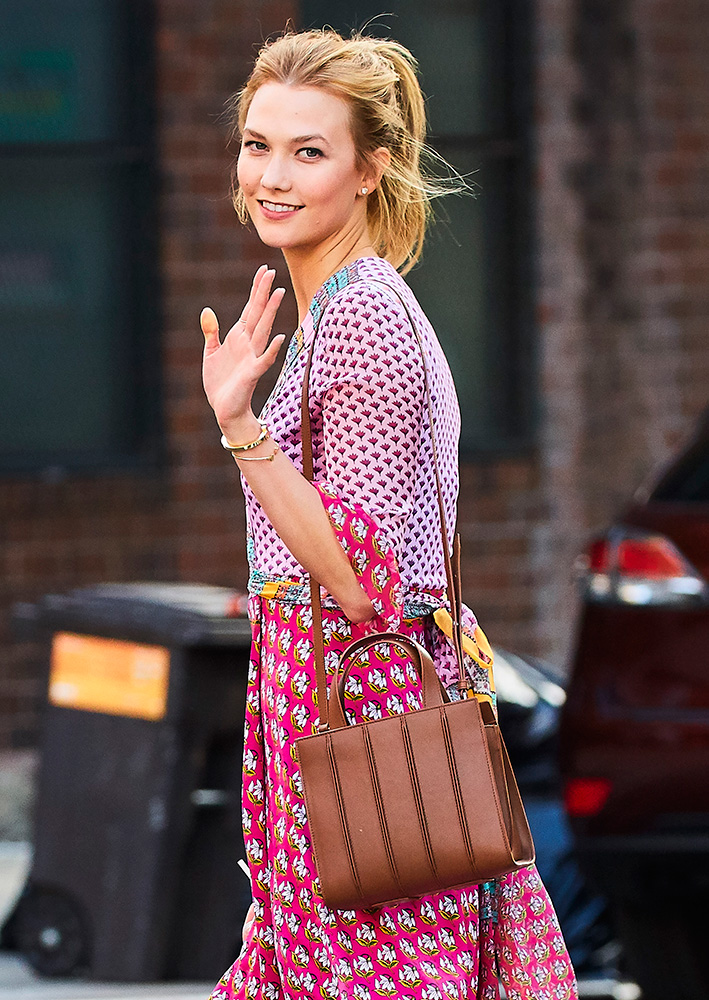 Stars, they're just like us: they overdo it with the nightlife and then have to dive into the nearest CVS for something hydrating. Here's Kylie Jenner, doing just that in LA after a night of partying. She's carrying a logo'd bicolor Gucci backpack. 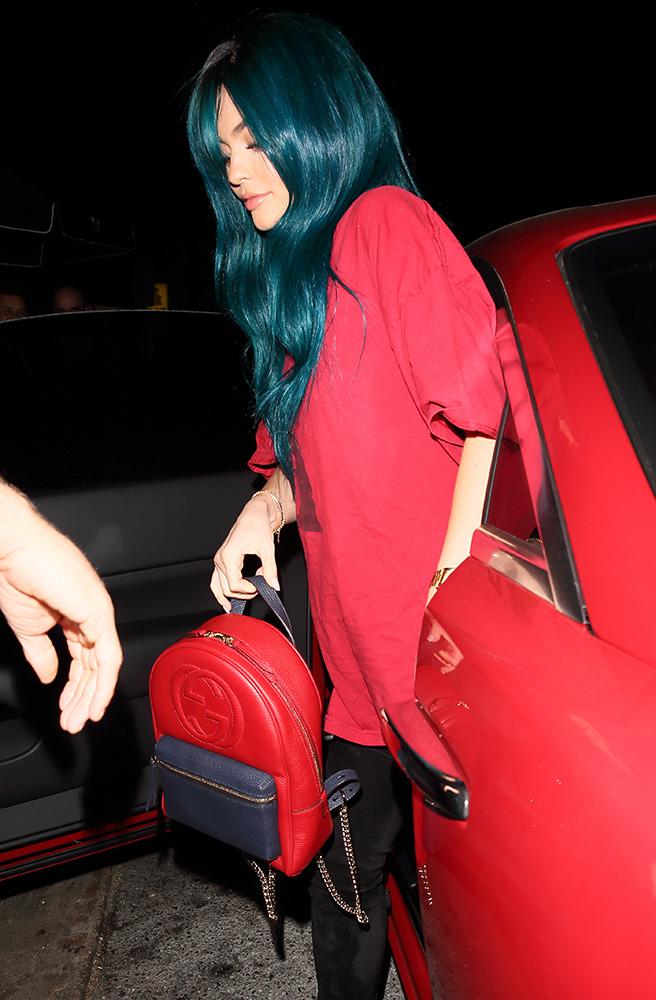 Here's Sofia Vergara, shopping for furniture in Beverly Hills with a multi-textured Birkin. Sofia has many Birkins, and they might deserve their own post by now. You can see several of them in The Many Bags of Sofia Vergara. 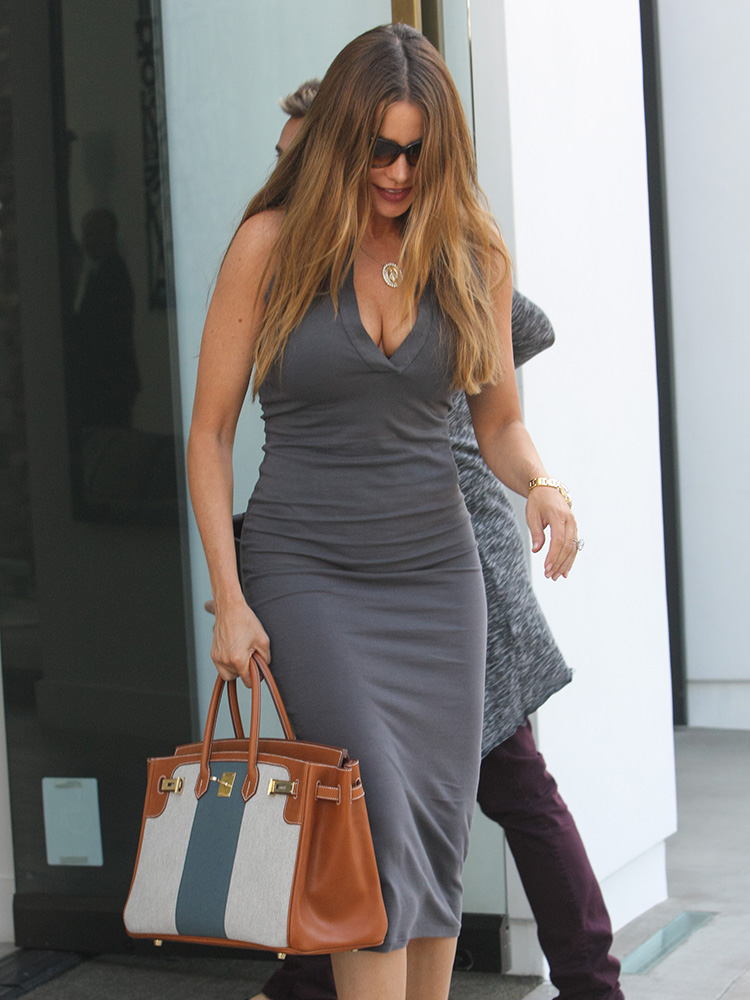 Finally, here's Vivica A. Fox, doing some press appearances in NYC for the most anticipated movie sequel of the summer, Independence Day: Resurgence. (I haven't taken a poll or anything but I think we can all just assume that last statement is true.) 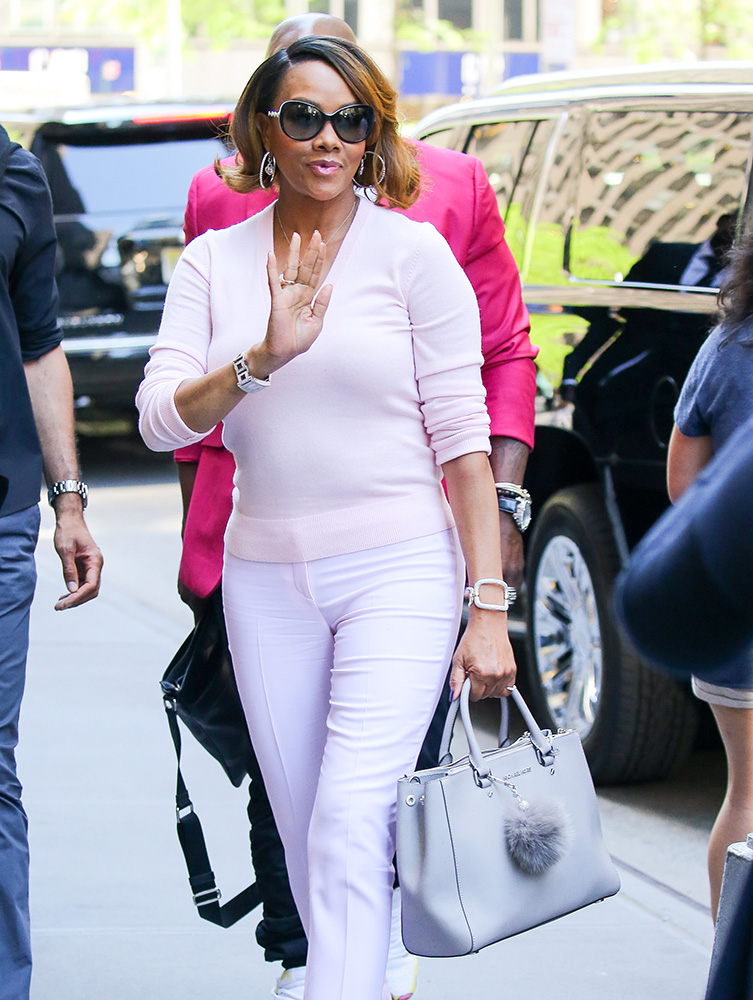