Celebrities Are Moving, Shaking, & Freezing This Week–Check Out Their Bags 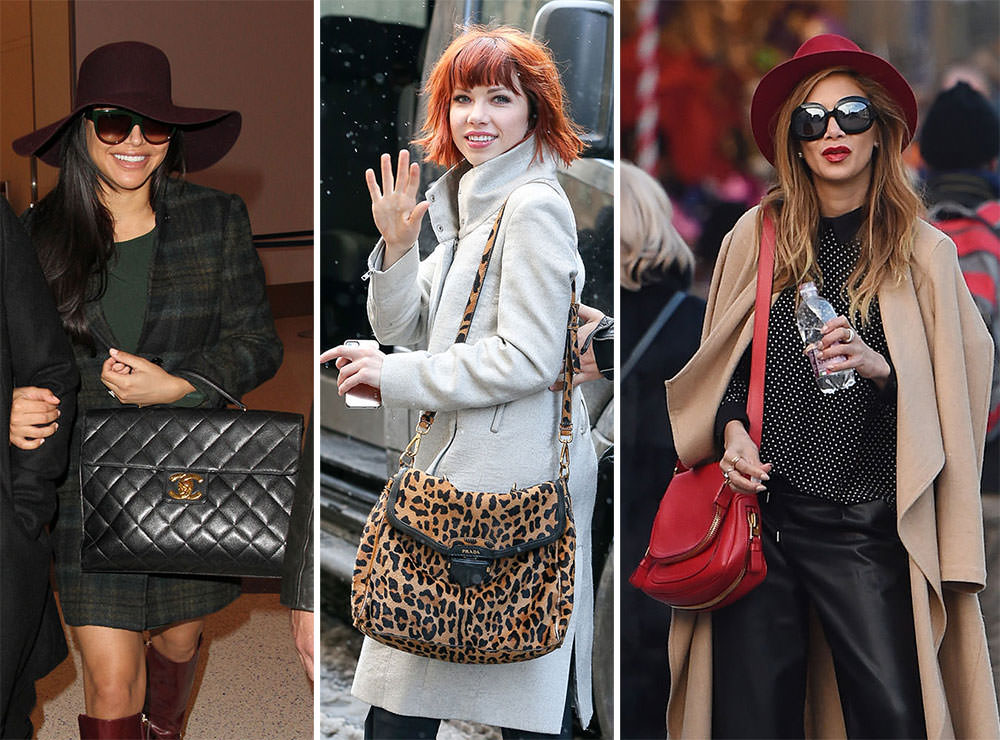 Fame requires a lot of legwork. Sure, once you’ve made it, someone will usually send a car to ferry you from place to place, but there’s still a fair bit of hoofing involved if you want to stay relevant. That’s why so many of the snapshots we feature are of celebrities dashing through airports, in and out of studios and around throngs of fans. This week’s celebrity round-up features a smorgasbord of celebrities, a few of whom you might have forgotten about for a brief moment in time. But don’t worry about them, they’ve still got great bags.

Yes, this is Carly Rae Jepsen, the “it” pop star of summer 2013! She’s back with new hair and a new single, and her new album isn’t far behind. Here she is on her way up to do some promo outside SiriusXM in NYC, carrying a Prada bag that seems pretty on-brand for Carly Rae. 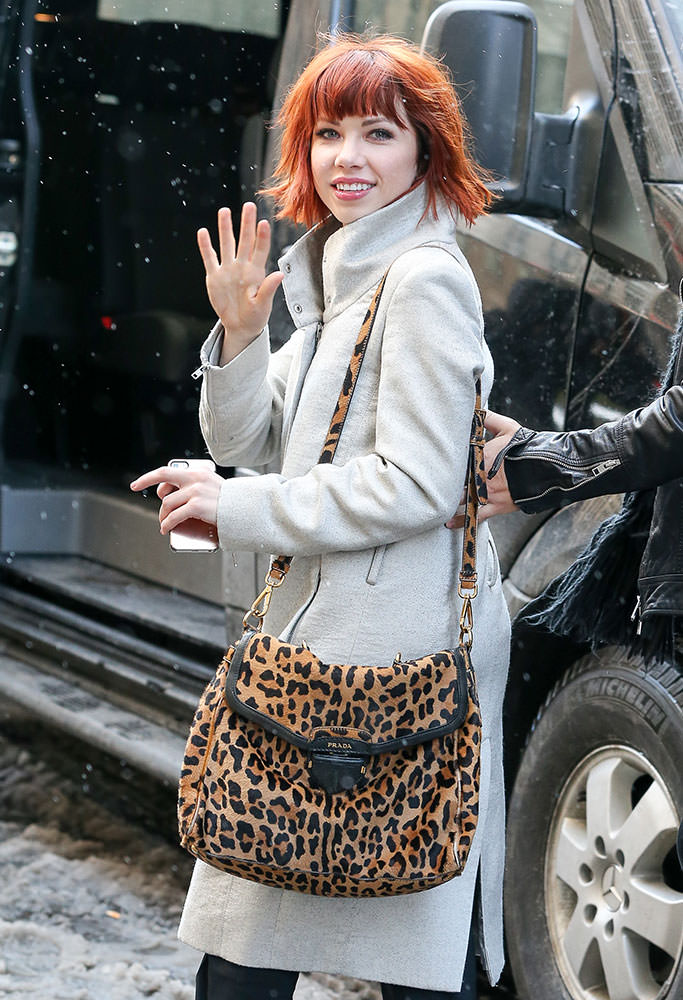 Fearne is a much beloved TV and radio personality in the UK, best known for hosting shows like Top of the Pops and manning the desk on Radio 1. She gets her picture taken a lot. Here’s Fearne “out and about” in London with a beige and black Kate Spade bag, which seems like exactly the sort of thing a classy, well-employed Brit should carry. 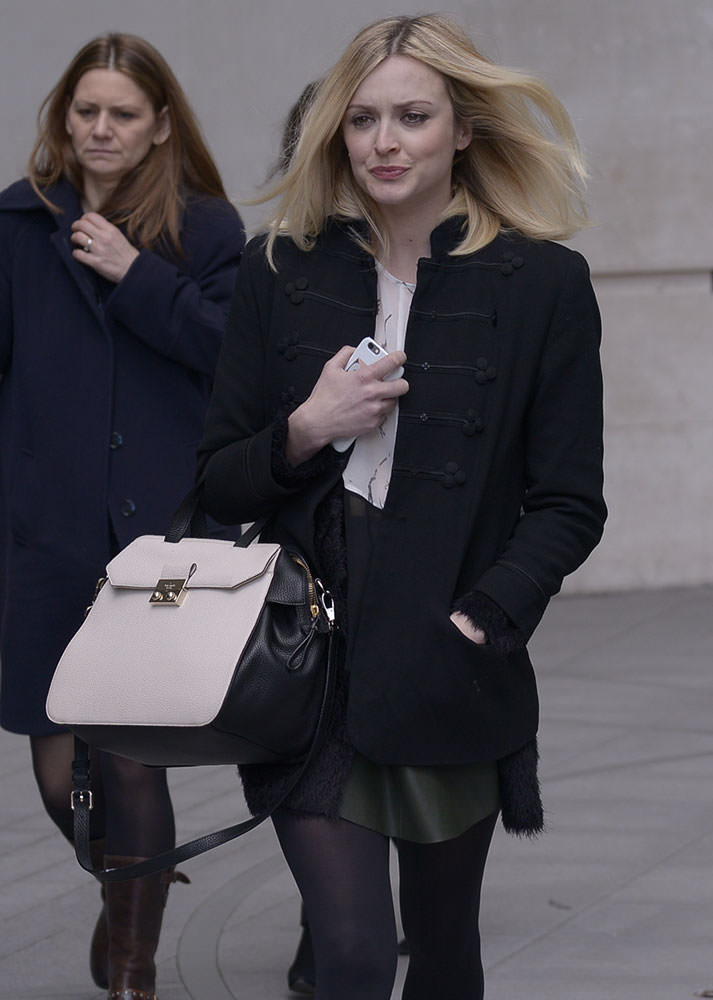 Here’s RHOBH star Kyle Richards leaving her boutique in Beverly Hills with a bag that you can clearly identify as a Balenciaga from at least a mile away. Possibly 2 miles, if the lighting is right. 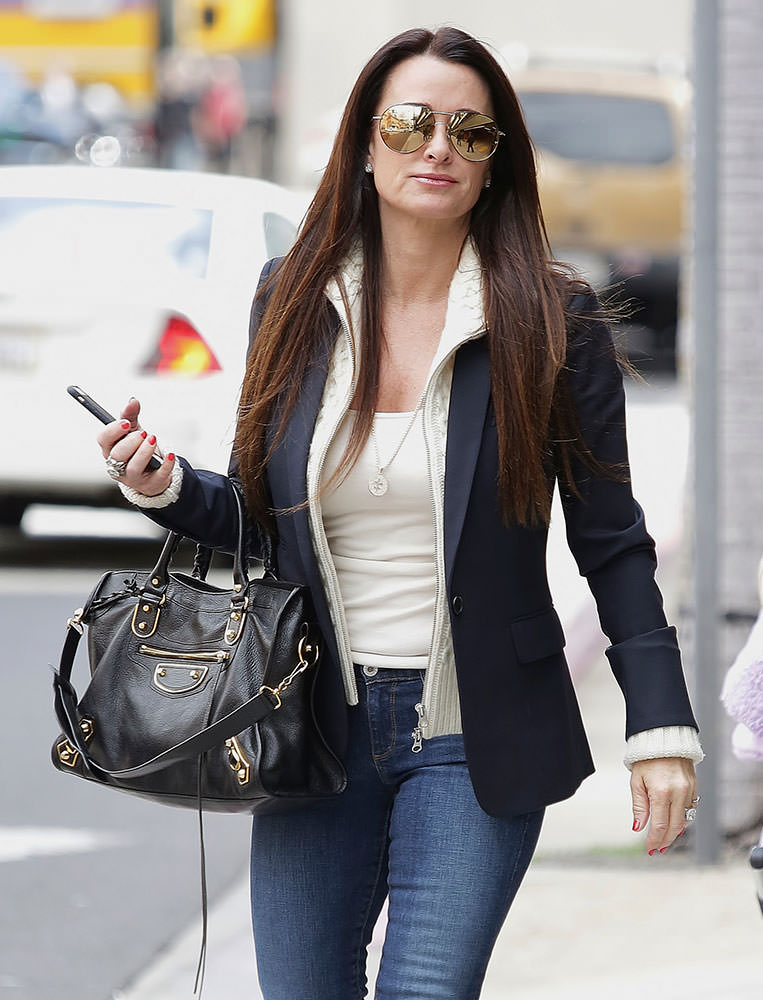 Margot Robbie is having a serious moment right now, thanks to her No. 1 box office flick Focus. Here she is leaving the Crosby Hotel in NYC with a very smart Loeffler Randall. That’s a lot of bag for only $550. 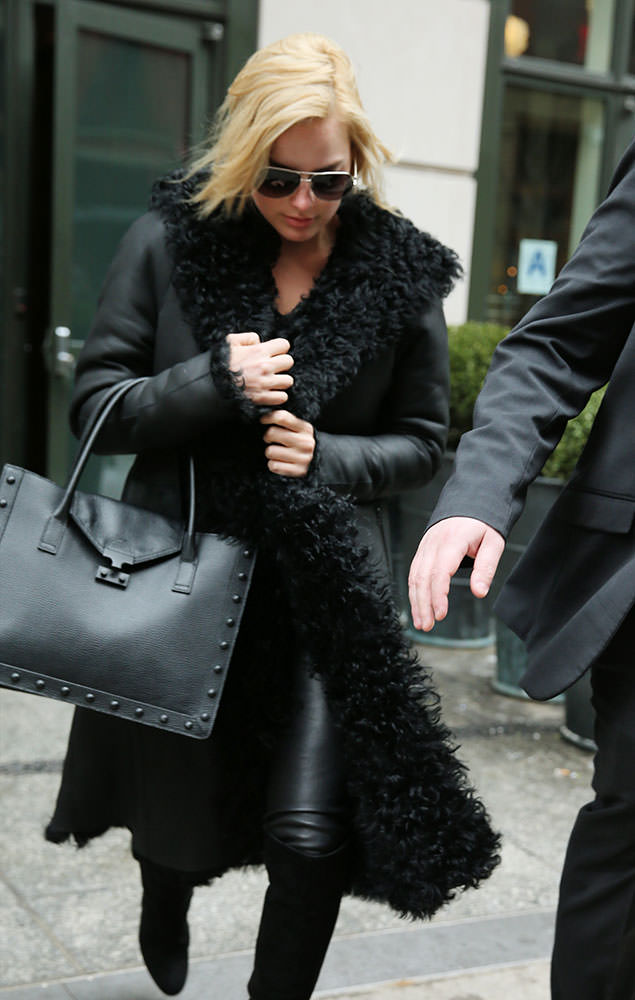 Here’s Naya Rivera cruising through LAX with her new husband, flashing a nice vintage piece from Chanel. (Yes, she got married! No, not to Big Sean! So much has happened in the last year, it’s all very confusing.) 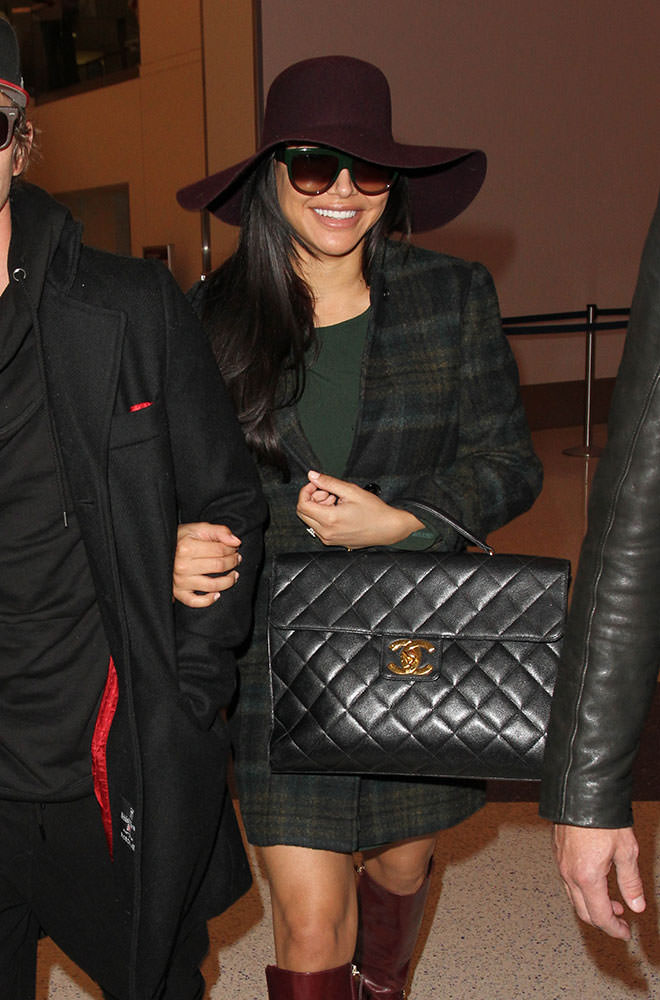 Nicky Hilton was recently spotted walking around Soho with a simple, black Proenza Schouler PS1. This is such a casual, low-key look for Nicky. It’s a little more “trust fund hipster” than “heir to a multinational fortune.” 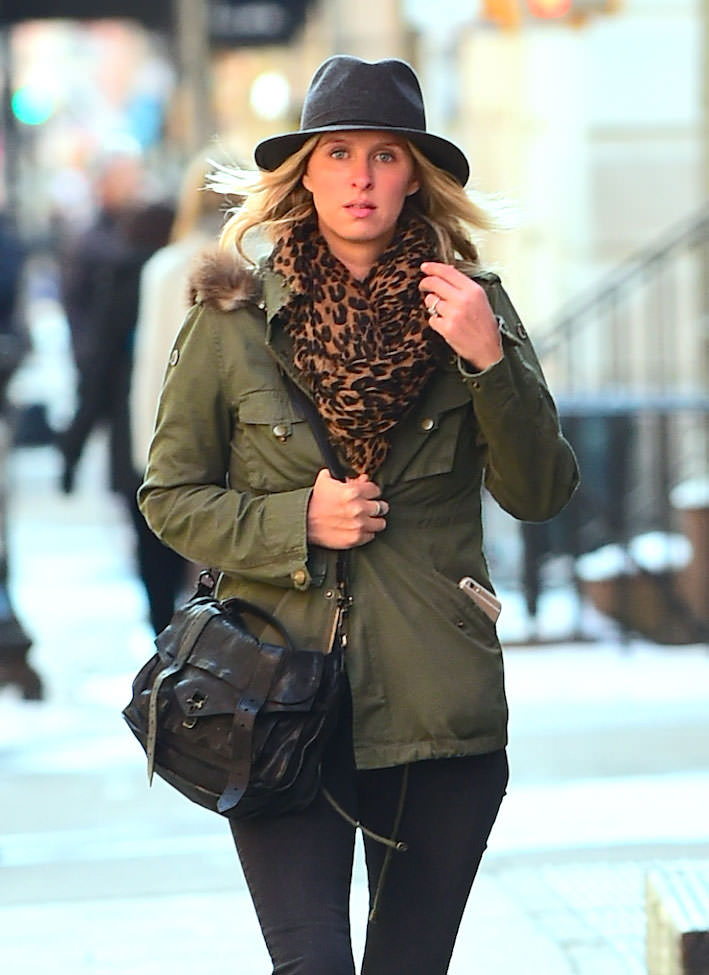 Here’s former Pussycat Doll Nicole Scherzinger, hanging out in Venice, Italy for reasons unknown. I love the look of her Tom Ford bag, but is that bottom zipper sheerly decorative, or no? Tom Ford bag owners, assemble! 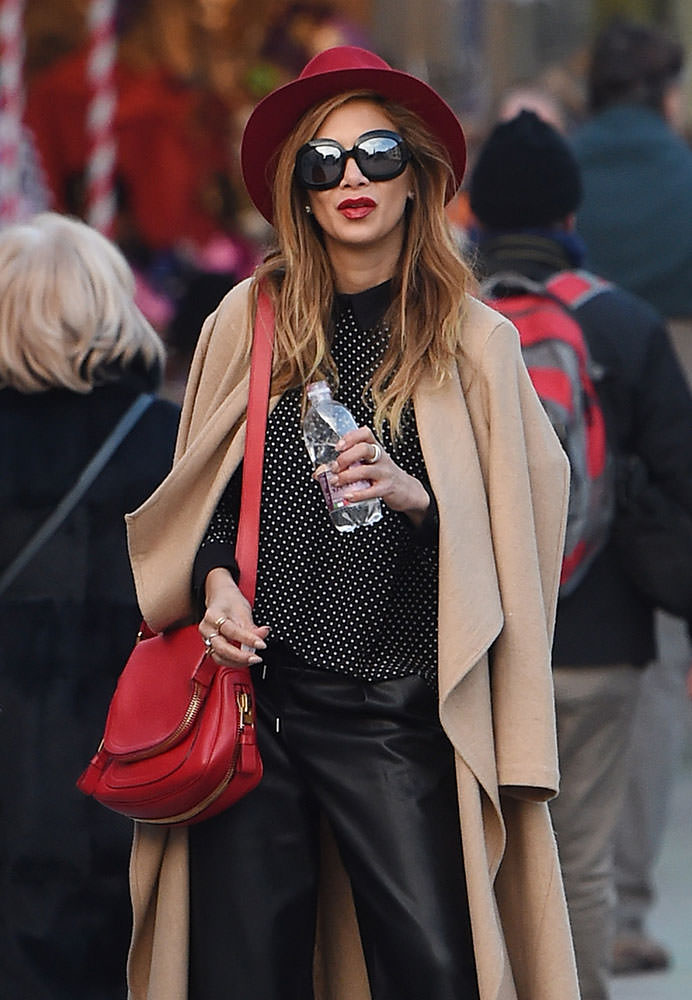 Padma Lakshmi was spotted fighting her way over a snow bank on her way to play co-host on The View earlier this week. Padma rarely (if ever) carries anything other than Chanel or Hermès. 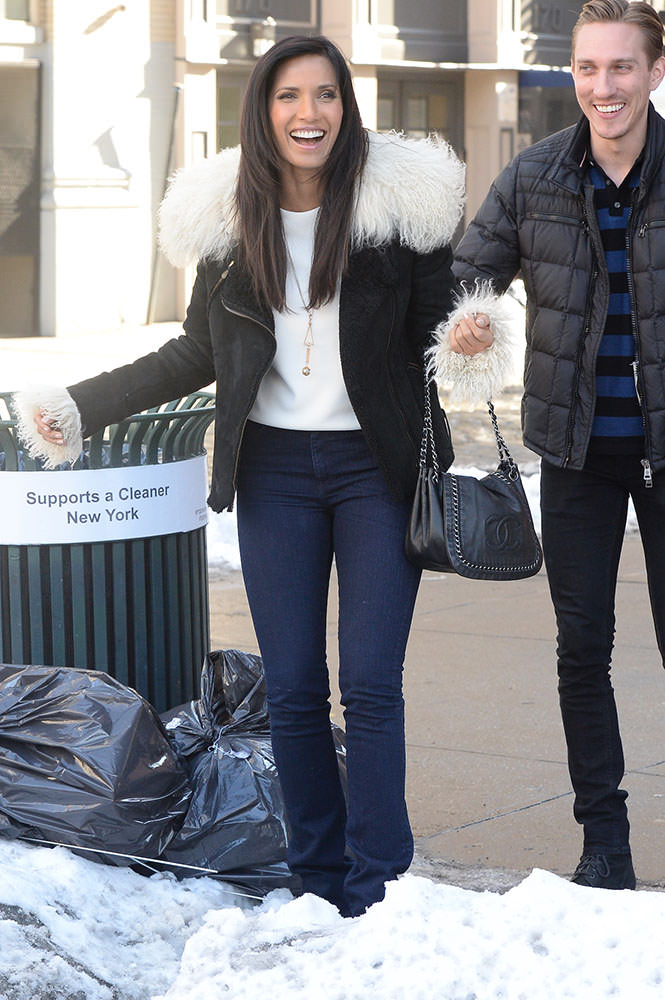 Love the Kate Spade and vintage Chanel briefcase. Is it or does every celeb with an expensive bag like Chanel always carry it to be sure the logo is photographed?

I love Carly Rae Jespens Coat! It looks so comfortable and i love the design, anyone know who makes it?!

The Tom Ford zipper can be unzipped to expand the bottom of the bag!

Love Margot Robbie’s bag. And especially the fact that she is secure enough to carry a less-expensive bag instead of something obvious — v cool!

loved all of the looks this week but NICOLE WINS!