Timeless Classic or Nostalgic Throwback: Is The City Bag a Good Investment? 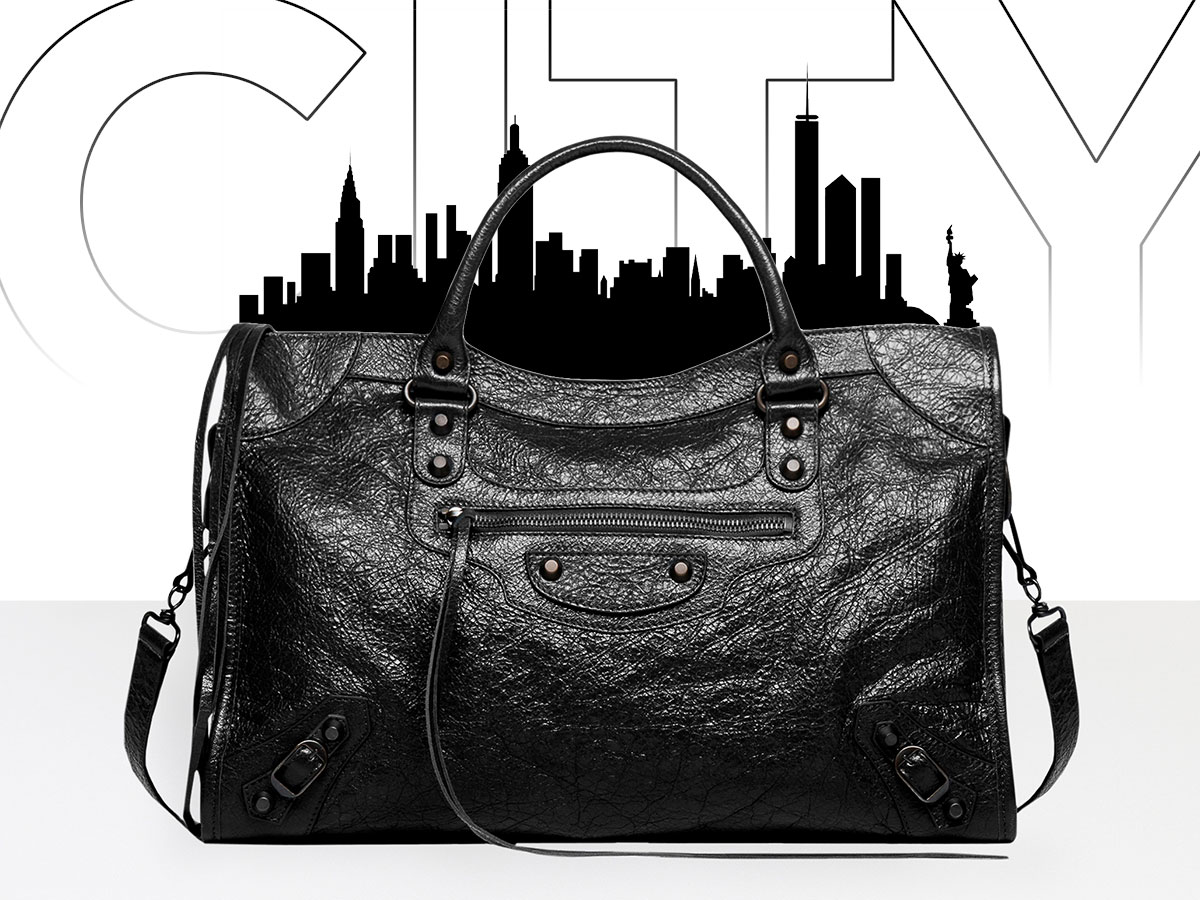 My first Balenciaga City bag meant the world to me. I bought it used in late 2016 at a difficult moment in my life, and it was my first foray into the high end luxury bag market after getting my feet wet with bags by Coach, Michael Kors, and Furla. Carrying the slouchy, cardinal red bag with giant studs lent all of my outfits an aura of effortless cool. My City Bag was truly the bag that kickstarted my handbag obsession.

However, a year and a half later, a new City Bag caught my eye. At $900 (compared to $1,500 for my red City), the new object of my obsession was bubblegum pink, more structured, and a lot smaller. Since I’m not exactly rich, I thought, no big deal—I’ll just sell my red City and get this one. Certainly that would more than cover the cost, and I might end up turning a profit at that.

I’m sure you can see where this is going, Dear Reader, but in case you can’t: I was very wrong. I put my red City up for consignment on the same website I had purchased it from, at a little over 2/3 of the price I had paid for it. After it sat there for a good six months, the consignment site gave me a choice: reduce the price, or take the bag back. I took the bag back, and I now regret ever putting it up for sale, as it was my first major luxury purchase, so rest assured that this is not a tragic story—though my bank account may disagree.

But, it made me wonder how on earth the value of a City Bag had fallen by so much in the span of a little over a year. City Bags are now going for as little as $500 on the resale market, where City bag lovers can find pretty much any color, size, or special edition print their hearts desire. Yet new City Bags are still retailing for around $2,000-$3,000. What is happening?

Balenciaga’s Motorcycle bags had their heyday back in the early 2000's, when famous devotees like Kate Moss and the Olsen twins carried the It Bag on their Frapuccino runs. (Side note: does anyone else remember reading In Touch Magazine and seeing nothing but the Olsen twins holding Frappuccinos? Did they have an endorsement deal with Starbucks or something? Wild.) Since then, Balenciaga has churned these babies out season after season, because why mess with something that works?

Circa 2016, the City Bag had a bit of a comeback and was embraced by the next generation of bag fans. The Jenner sisters led the way, which is no accident considering their older sisters were carrying Motorcycle bags back in the early 2000s during their original run as an It Bag. From 2016 on, there’s been a steady stream of articles making the case that the City bag is back. So why doesn’t the resale market reflect the bag’s resurgence? Well for one thing, Balenciaga has been making the Motorcycle bag for nearly twenty years, so any claim to scarcity or exclusivity that the It Bags of yore had is pretty much irrelevant now. It’s not hard to get your hands on a new or used City bag, and— if we’re being honest—a big part of handbag culture is the thrill of the pursuit. So, there’s none of the breathless anticipation that brands like Hermès and Chanel cultivate with an (increasingly punitive) enforced lack of availability.

I respect Balenciaga for not messing with a good thing, but it also reflects a larger problem for the fashion house. Since the Motorcycle bags, Balenciaga has failed to produce a bag that comes even close to matching the iconic status of the City. Under Demna Gvasalia, Balenciaga is consistently a newsmaker with ironic statements like that knockoff Ikea bag and tricked-out Crocs, which to be honest I considered buying for a hot second (please don’t judge me,) but its handbag offerings from recent years are somewhat lacking. If Balenciaga stopped producing the City Bag, it’s likely that their handbag sales would take a pretty big hit.

But beyond the bottom line, does the enduring popularity of the Motorcycle bags mean that they have attained that elusive Classic status that few handbags ever reach? It’s hard to tell at our current cultural moment, as we are in something of a post It-Bag era. Yes, there are still coveted bags like Gabriela Hearst’s Nina, but the fanfare doesn’t compare to say a Fendi Baguette circa 1998. What I love about fashion right now is that pretty much anything goes, and we are seeing designers take inspiration from many different iconic fashion moments in history.

This is all to say that the question of 'if the City bag is a bona fide classic' is almost besides the point. It’s a great-looking bag that has stood the test of time, and if you like it, you should wear it. Is it a great investment bag? Not at the moment, but I still wouldn’t recommend against getting one. City bags are functional, badass, and one of the few style points that 2001 Paris Hilton and 2018 Mary Kate Olsen can agree on. So go ahead and get that City! 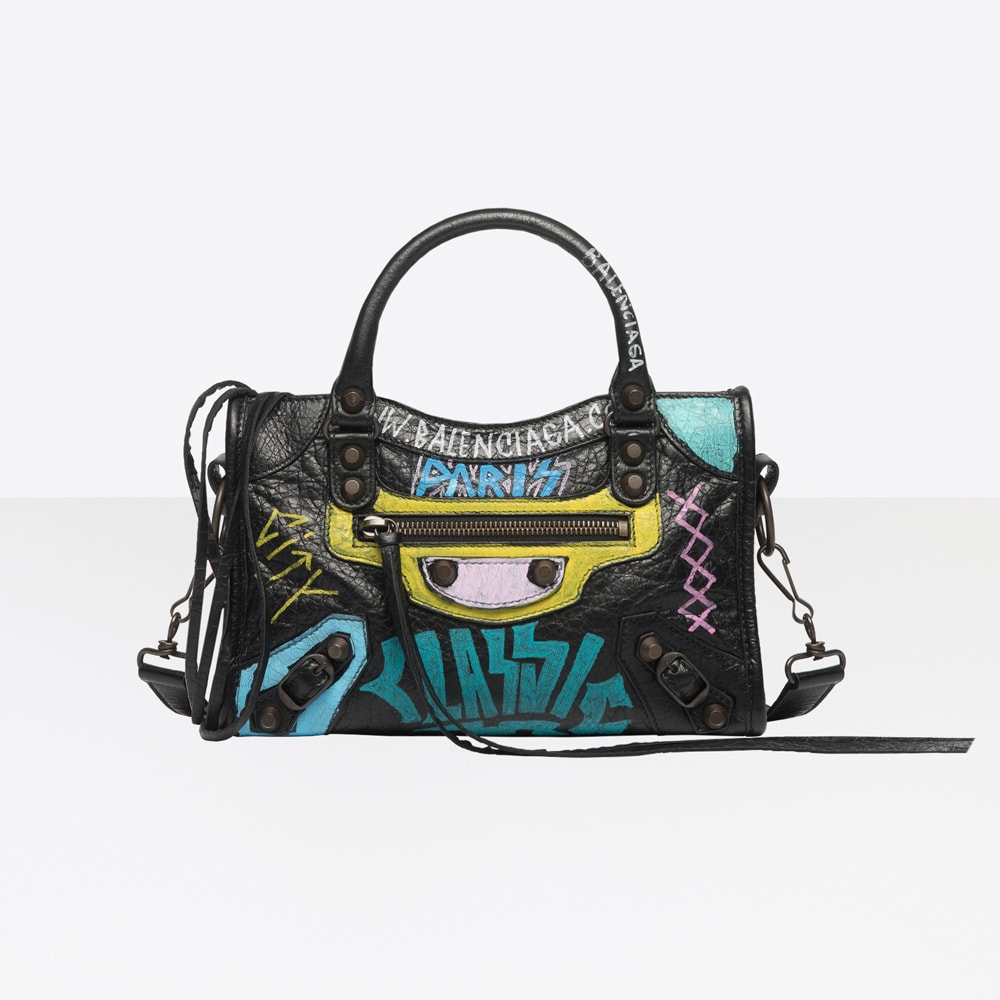 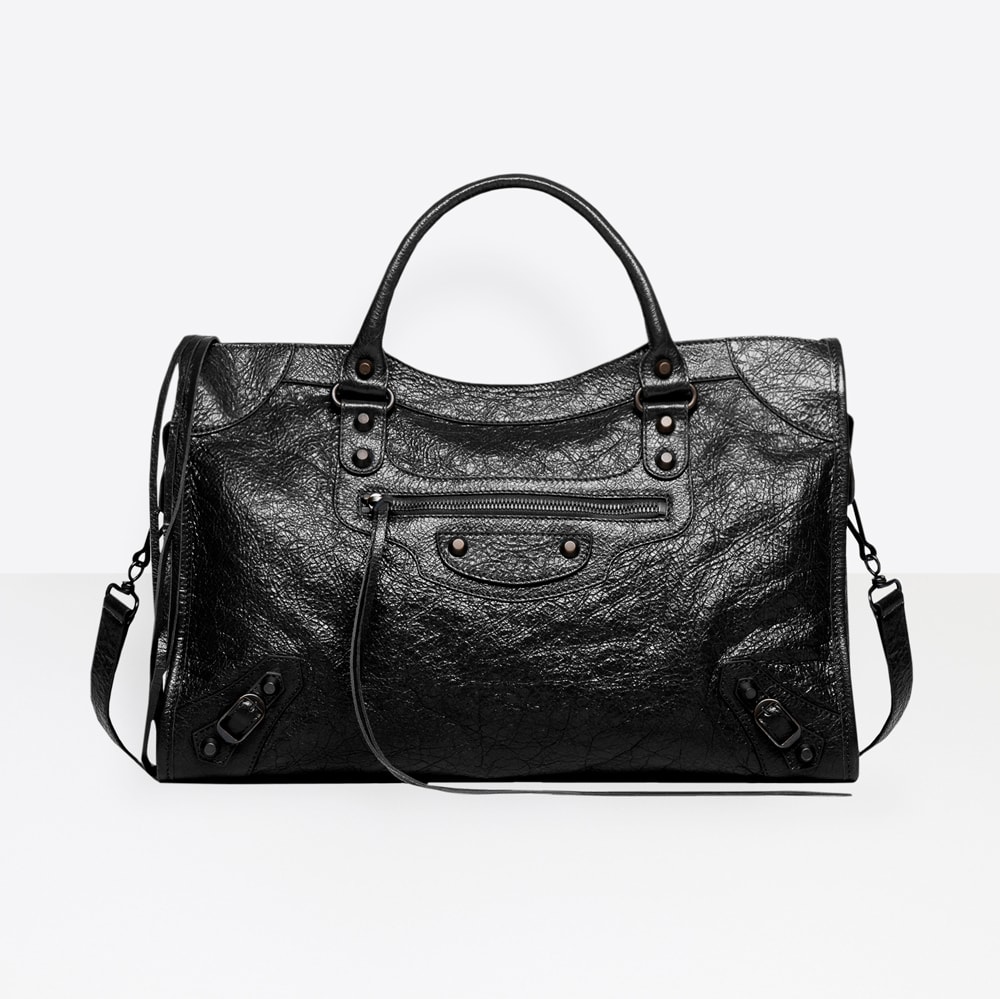 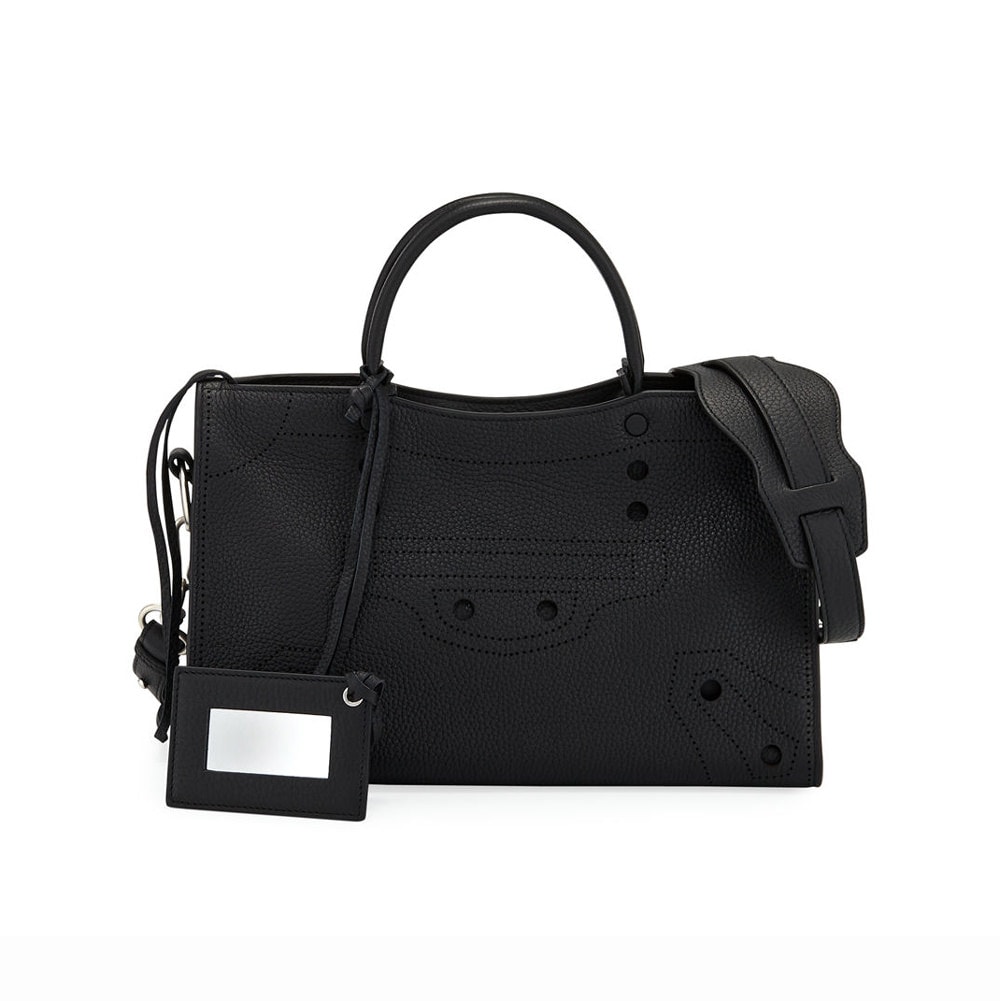 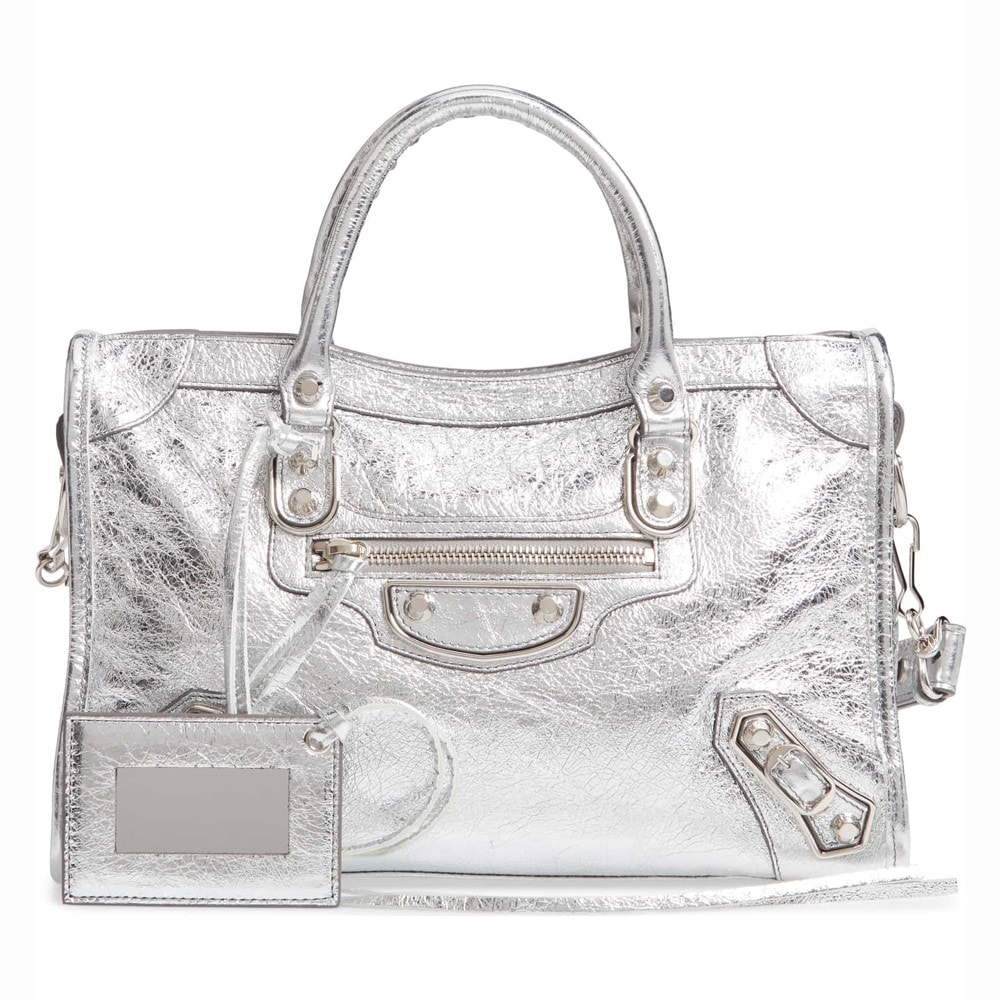 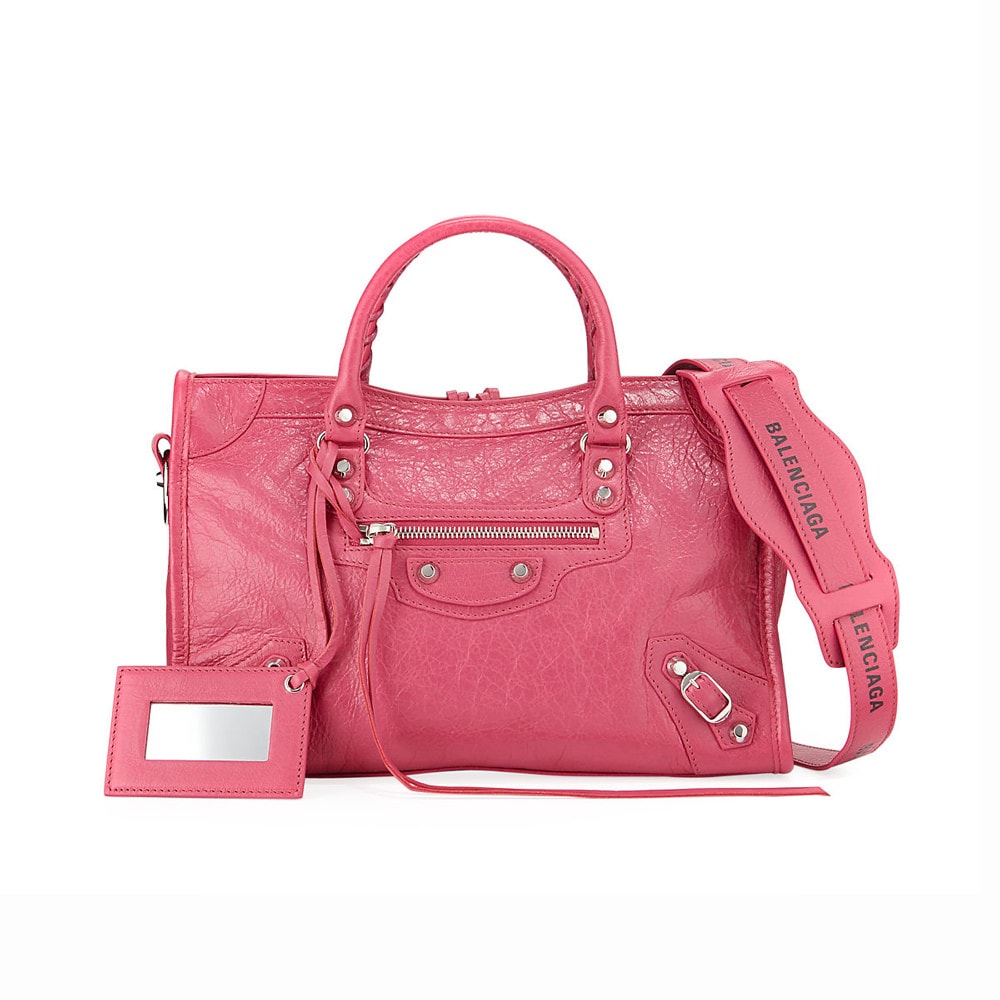