Balenciaga    Love It or Leave It 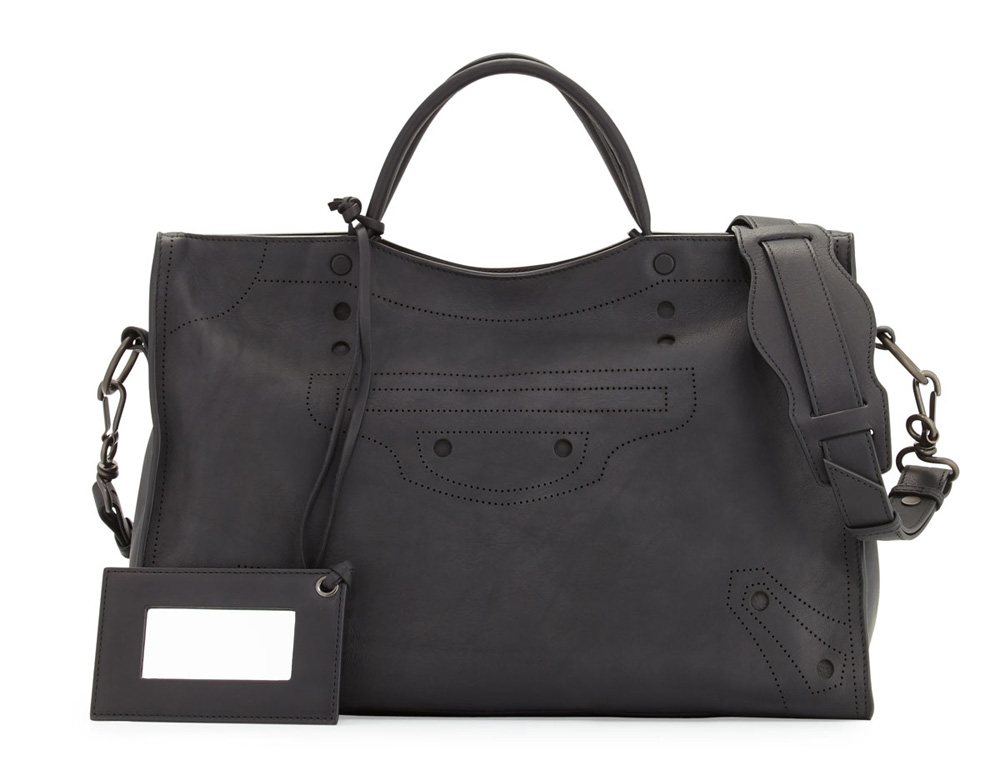 I’m a longtime fan of Balenciaga‘s motorcycle bags. Balenciaga was the first top-tier brand from which I bought multiple bags, the first of which came from money I had saved up at my college job. Not only will they always have a special place in my heart, but the slouchy, studded styles still fit my personal style quite well almost a decade later.

I first fell in love with Balenciaga bags during the Nicolas Ghesquiere era, and now we’re two creative directors removed from his tenure at the brand, in the early days of Demna Gvasalia’s leadership. So far he’s refocused the brand’s attention to deconstructed streetwear, which is his specialty, and along with that, he’s done a little deconstruction on one of the brand’s most recognizable pieces.

Motorcycle bags have a couple visual signatures, and the most important one is the bag’s stud pattern. On the Balenciaga Blackout City AJ Bag, the pattern persists but the studs are removed; in their place, we get perforations and negative space on an ultra-matte leather background. This version of the bag’s primary detailing is the idea of the bag itself, but in a way that doesn’t look like an unfinished mock-up, and it’s my favorite City design in years.

Unfortunately, the cool idea and execution make the bag significantly more expensive than a standard City, which means I likely won’t be adding it to my collection. If your budget is a little more flexible than mine, though, this bag can be yours for $2,950 via Balenciaga.

So, you tell me: are you as into this bag as I am, or do you prefer a more traditional Balenciaga look?