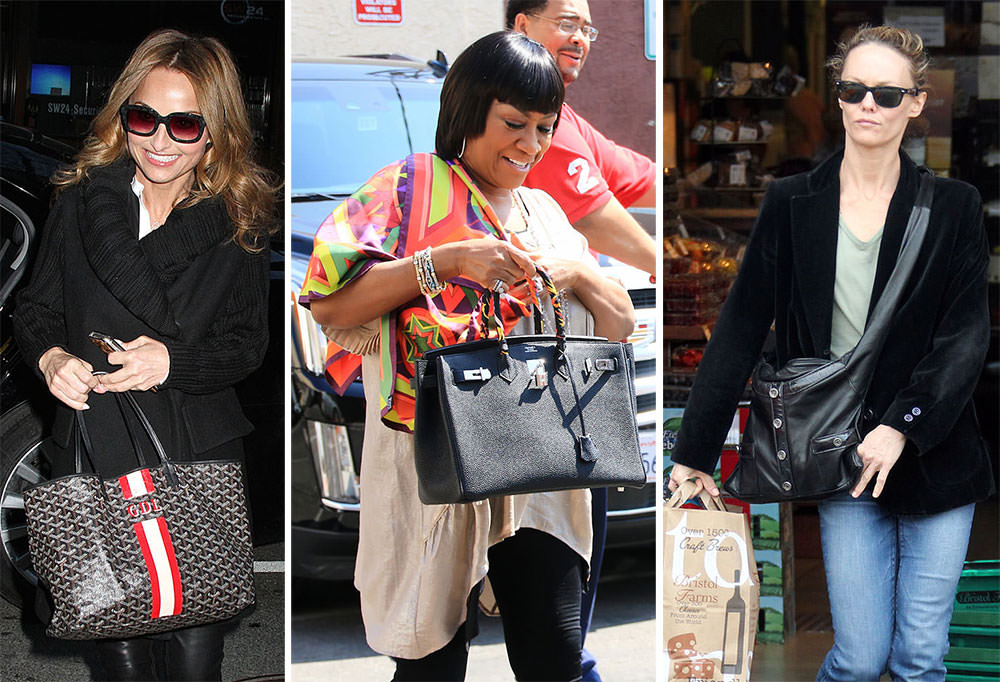 The stars aren't exactly blowing me away with their bag choices this week, but there are still a few celeb picks worth peeping at in this bag roundup, including a brand new Chanel bag that we've only seen on the arm of a celeb once before. (Hint: it's not a Chanel Boy Bag) Celebs are still falling back on old favorites, some of which are properly vintage, some of which are just a few seasons old. Spring 2015 bags have been in stores for a few weeks now though, so maybe we'll see a little more variety in next week's batch of bags.

Courtney Love was recently spotted leaving dinner at Craig's in West Hollywood with one of Stella McCartney's most beloved bags. Courtney is actually prepping to head out on tour once again--she'll be opening for Lana Del Rey, of all people, which makes perfect sense, in a logic-defying sort of way. 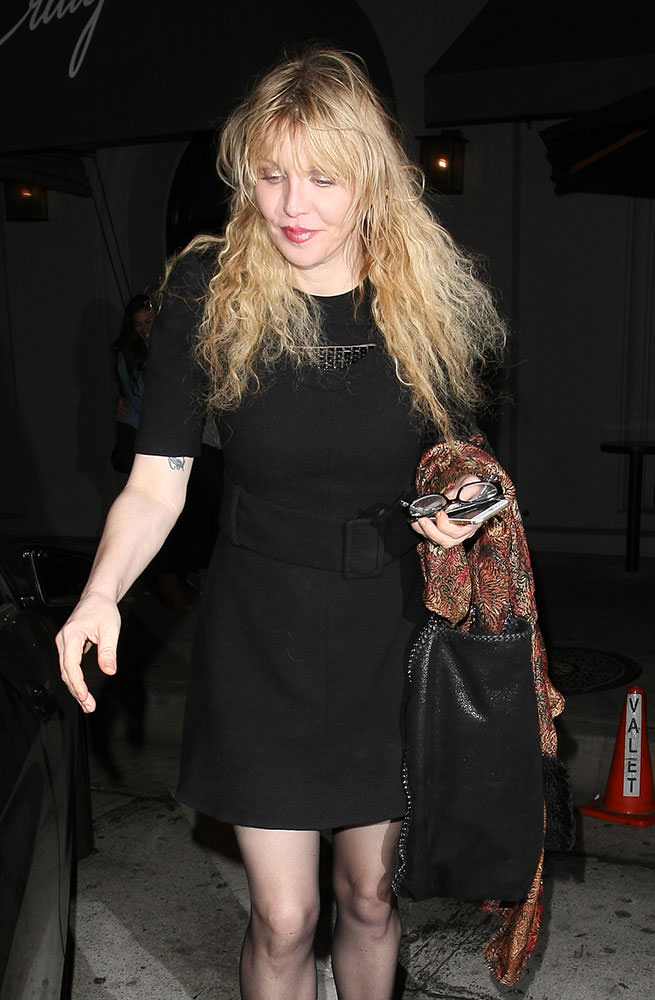 Here's Oprah's bestie Gayle King, arriving at a screening of the Mad Men season premiere in NYC with a cute little Rebecca Minkoff. I like Mad Men too, Gayle! Maybe we should hang. If Oprah's there too, that's cool. 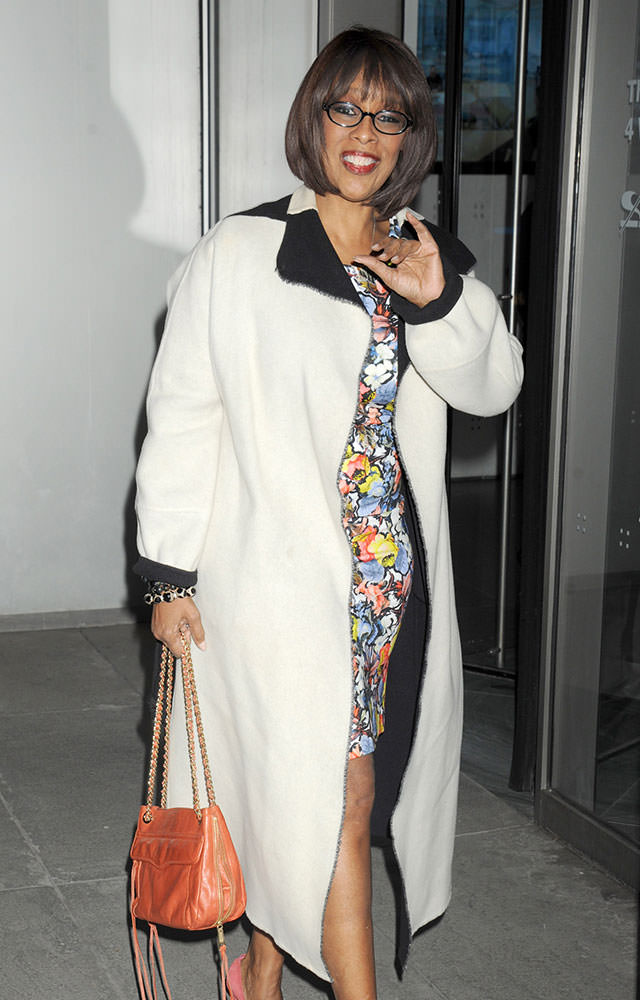 Giada carried this colorfully customized Goyard tote to the Today show studios. Goyard's personalized totes are, of course, a huge part of the brand's appeal--celebs and regular customers alike snap them up. 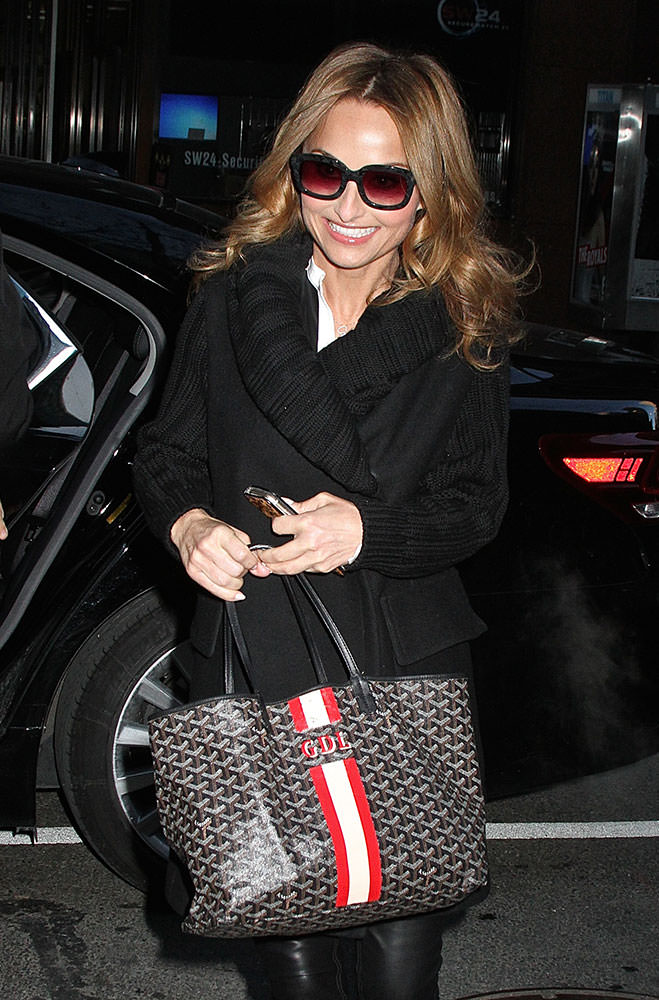 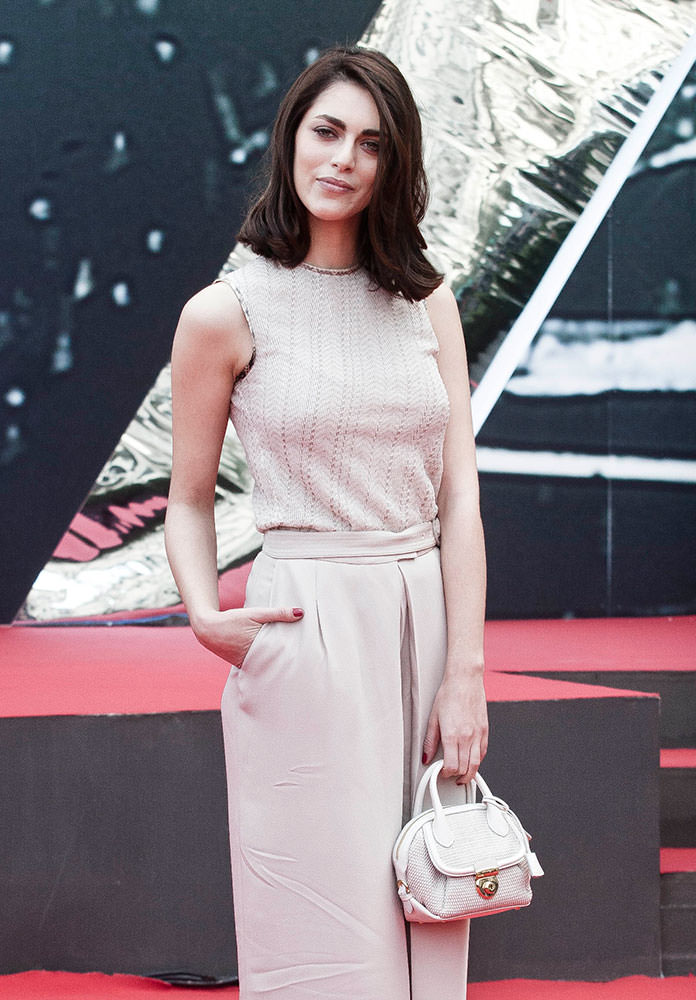 Naya Rivera loves vintage Hermès and Chanel, and those two brands represent the vast majority of what she chooses to carry on a daily basis. Here's Naya, catching a flight at LAX with her vintage Kelly. Now that Glee is officially over, we no longer have to speculate about her level of involvement with the show, which is something of a relief. 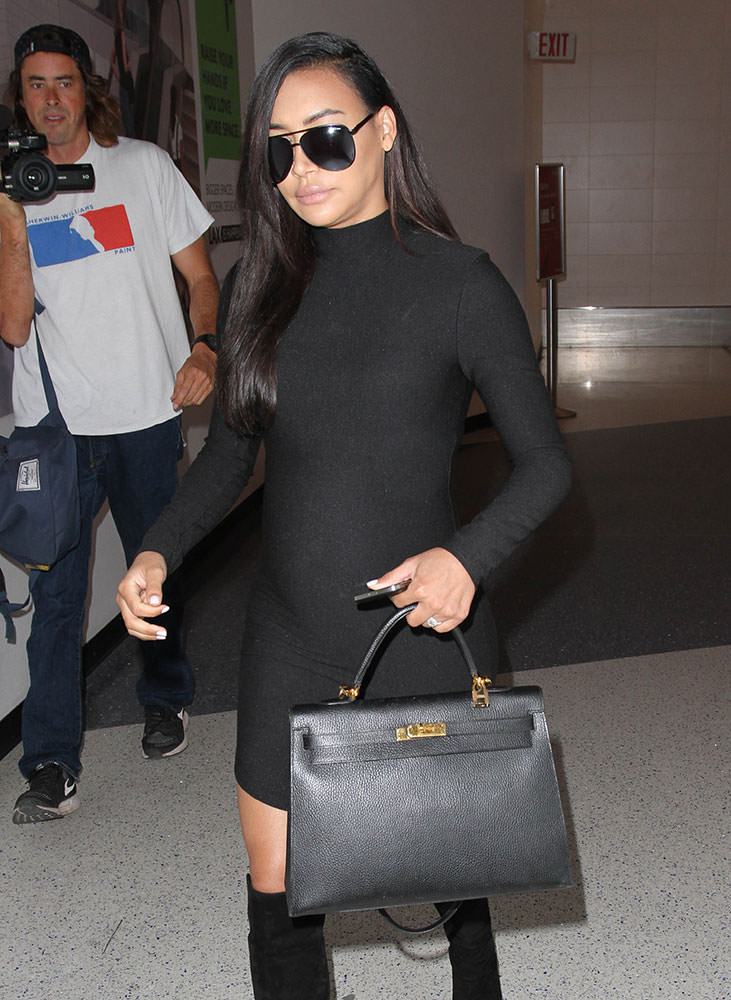 Here's fellow vintage lover Nicky Hilton, carrying vintage Chanel to the premiere of Serena in NYC. Nicky attends movie premieres in NYC like it's her job. If you're premiering a movie, tell your publicist to invite Nicky; she will bring a little extra press along with her (and a fab bag, of course). 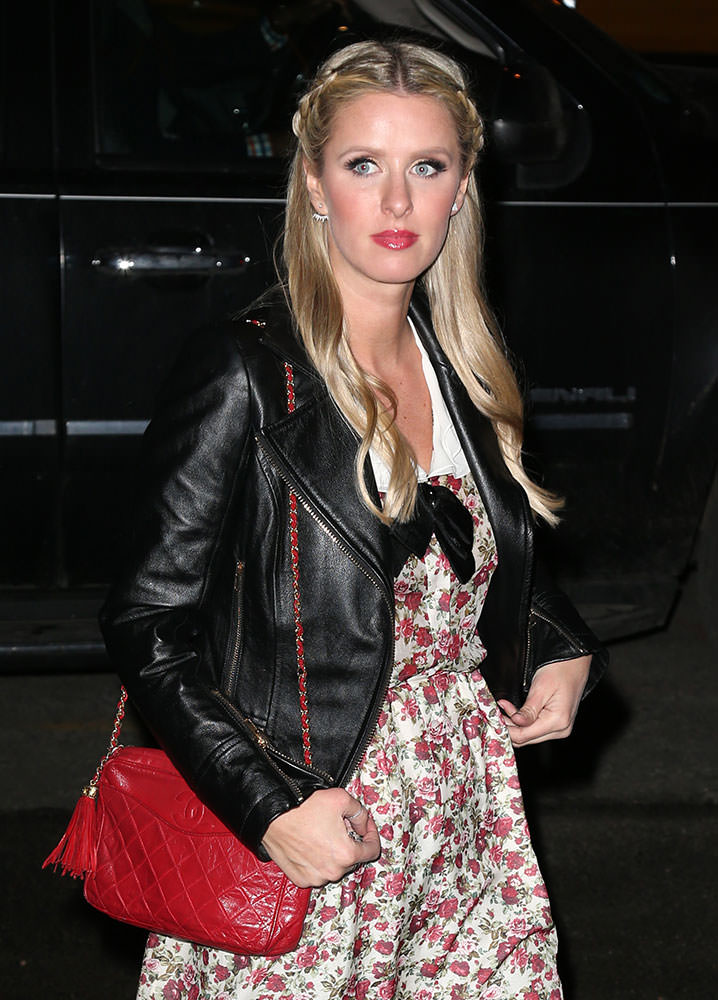 Ladies and gents, I have been a little harsh towards the DWTS cast in recent weeks. They do have at least one legitimate star on this season's cast: Ms. Patti LaBelle! I don't know why they didn't lock Patti down several seasons ago. Here she is, leaving DWTS rehearsals with her black Hermès Birkin. 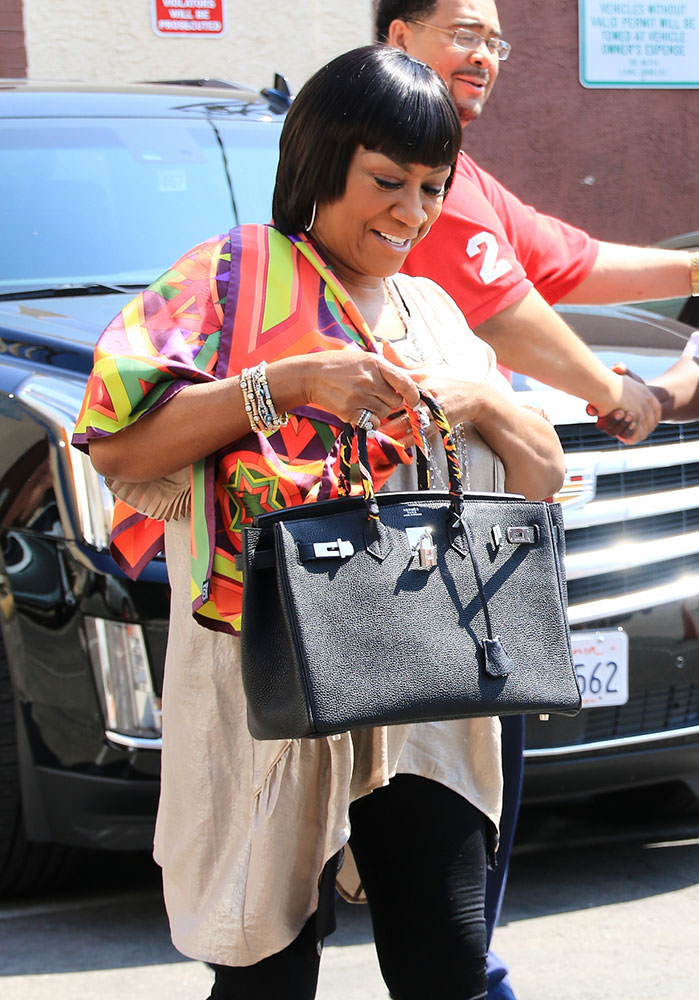 Here's Vanessa Paradis, leaving Bristol Farms, one of the top celeb-shopping/celeb-sighting spots in LA, so far as I can tell. Vanessa is carrying one of Chanel's most unusual bags of the last few seasons, the Chanel Girl Bag. FYI, this bag just hit stores, along with the rest of Chanel Spring 2015 collection. 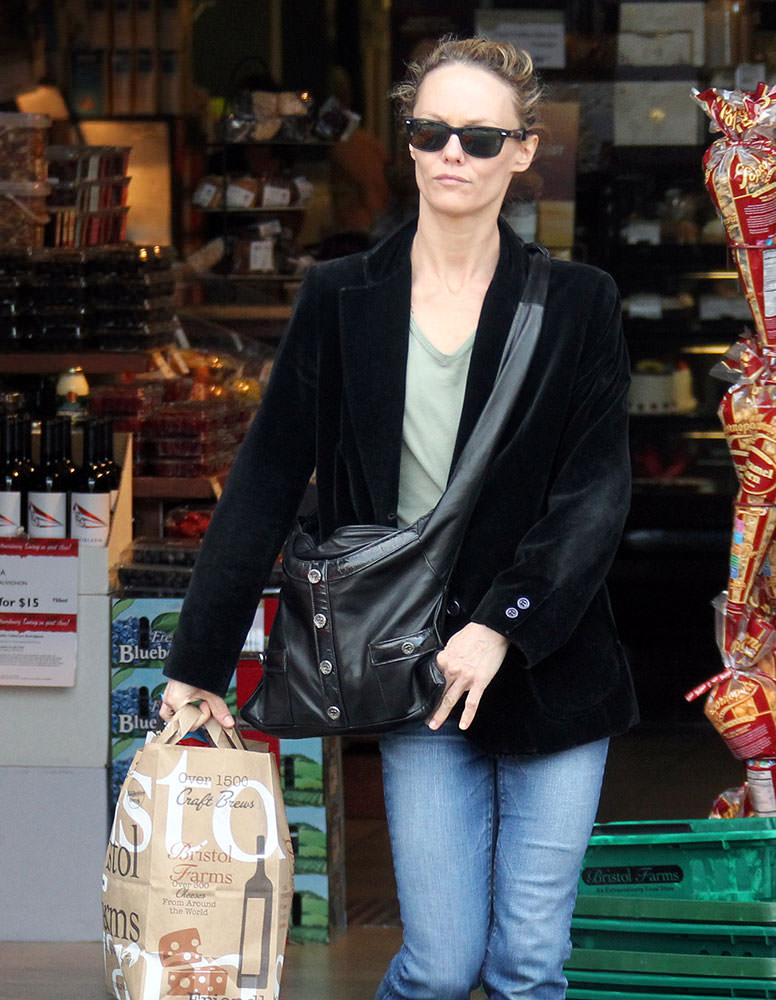 I think the girl bag is hideous. The rest of the bags, like previously stated are beautiful, but standard issue with celebs.

I also fail to see the appeal with the Girl Bag – it looks like a cheap rag even on Vanessa paradis, who has the ability to make a frumpy flowered dress look like a million bucks. Speaks volumes if even V.P. can’t make it rock!

I just cannot get into the Chanel Girl bag…, sleeves are straps, jacket is a bag?? I love the innovation but still…

oh geez I just said that without seeing your response…..

For some reason, I really appreciate the fact that Nicky Hilton is carrying a vintage Chanel, as opposed to a new one.

Perhaps the reason Vanessa is carrying the Chanel Girl bag, is because she is fronting the bag for Chanel in the latest campaign…

I wouldn’t say the Chanel girl bag is hideous. Maybe its too creative to be Chanel, hopefully is practical to use because it doesn’t seem to be.

Lool! I appreciate your candor. I despise it too.

I’am freelancing from comfort of my home, by completing basic jobs that only requires from you a PC and internet connection and I am happier than ever… After 6 months on this job and i got paid so far in total 36,000 dollars… Basicly i earn about $80 every hour and work for 3 to 4 hrs most of the days.And the best part about this job is that you get to choose yourself when to work and for how long and you get a paycheck at the end of every week. -> Start HERE! <-

Going Here you
,
Can Find Out

That Girl Bag looks like something from Moschino. This seems more in their wheelhouse than Chanel’s.

Girl bag is atrocious-would not want it for free–bags are supposed to make you and your outfit look prettier-this is horrible-she looks like she left a flea market.

In the voice of shug avery from color purple to the girl bag, “you so ugly-hahaha!!”