New York Fashion Week is Here and This Bag is Everywhere 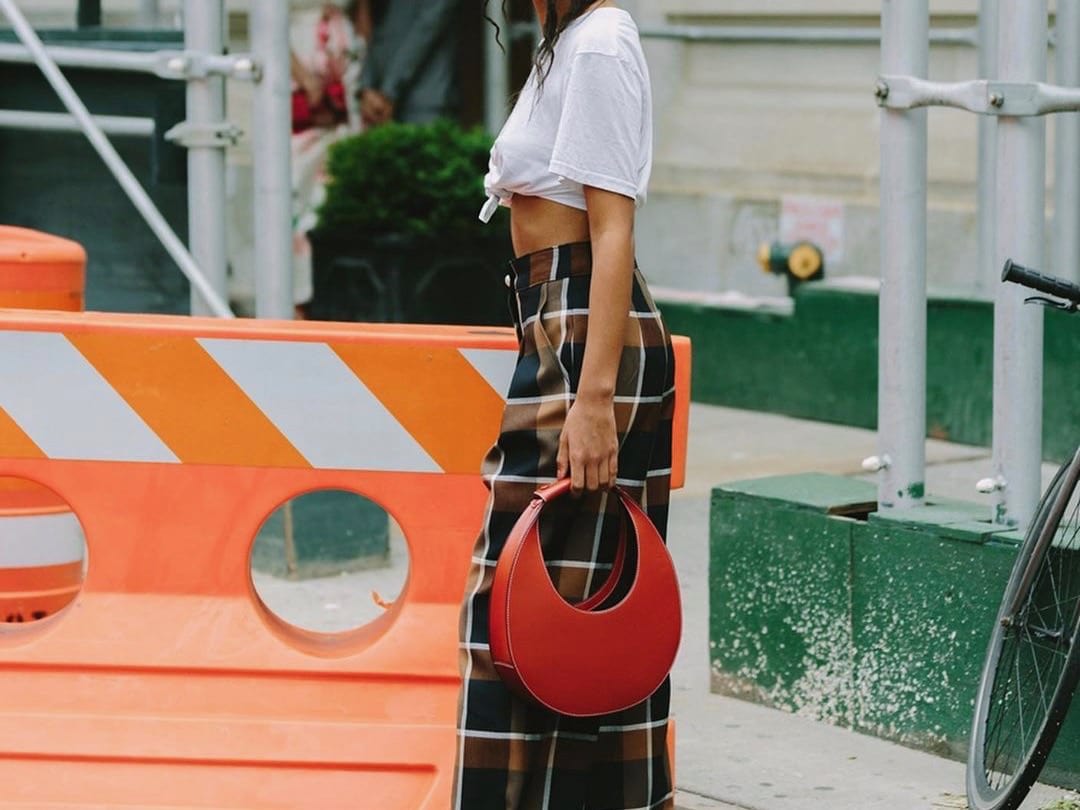 If you’ve ever lived in or happened to be visiting New York City during fashion week you know that the city streets basically transform themselves into a runway. The world’s most fashionable people flock to the city for shows, events and star studded parties. And, if you’ve ever happened upon the location of a fashion show you’ll understand when I say it is one of the most frenzied experiences. Street style photographers hound editors, influencers, buyers and aspiring fashionistas in the same way that Paparazzi swarm celebrities. There’s big money to be made off of these images, and street style is a major source of inspiration in the fashion world these days.

NYFW started late last week and even if it had somehow slipped my mind I would have immediately been reminded the minute I stepped outside of my apartment. I live downtown in the Lower East Side neighborhood of NYC. Though my neighborhood is one of NYC’s oldest neighborhoods, it’s rich in history and many buildings date back to the late 1800s and early 1900s, it’s also a meca for trendy spots such as coffee shops, restaurants and hotels. That translates to it being a hotspot for the fashion crowd during fashion week and beyond. Things started to pep up late last week in downtown NYC, and walking around near my apartment and in the neighboring areas of SoHo and Nolita it was easy to tell that Fashion Week is once again upon us. The street style game is no joke, and though sometimes it is over-the-top I adore the bag spotting that it brings.

Over the weekend I attended the Kate Spade Show, which was held in the Elizabeth Street Garden (just a 10 minute walk from my apartment). The secret garden vibe of the show was incredibly beautiful and while my attention was focused on the RTW and the bags, once the show was over (and while I waited for it to start) my gaze was on the bags that the attendees were carrying. As I so often do when bag spotting I made mental notes of everything I was looking at (shapes, sizes, brands etc.). And one bag was overwhelmingly at the forefront of my mind: the STAUD Moon Bag.

I’ve been seeing this bag everywhere the last few days, both in person and on my smartphone’s screen. One of the reason’s why I noticed the extreme prevalence of the STAUD Moon bag is because I started falling for the moon shaped bag trend last spring. This bag is sort of a perfect storm of trends, combining the minimalist movement with the moon shaped bag trend and the return of the hobo all in one. The STAUD Moon Bag is also a welcome change from the mini and micro bags of the moment. Not only will it hold your phone, but it’s also roomy enough to carry a bunch of other fashion week essentials, especially if you opt for the larger size. The large version retails for $395, while there’s also a smaller option for $295. Shop now via Nordstrom and check out some snaps of the bag below!

first of many outfits today??

Suited up on a Sunday ? #sakstyle