Patent leather designer handbags are hot this season. Designers captured the trend early on and adapted accordingly. As a result, very visually appealing bags have been created, some of which I would like to introduce to you. 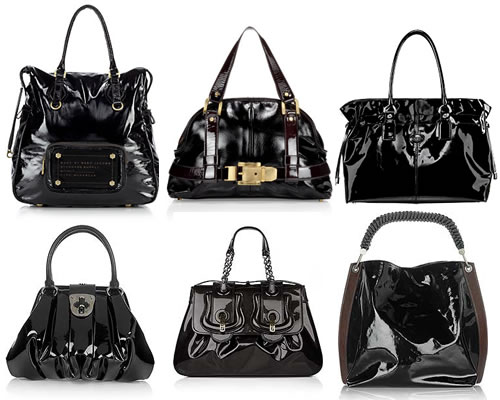