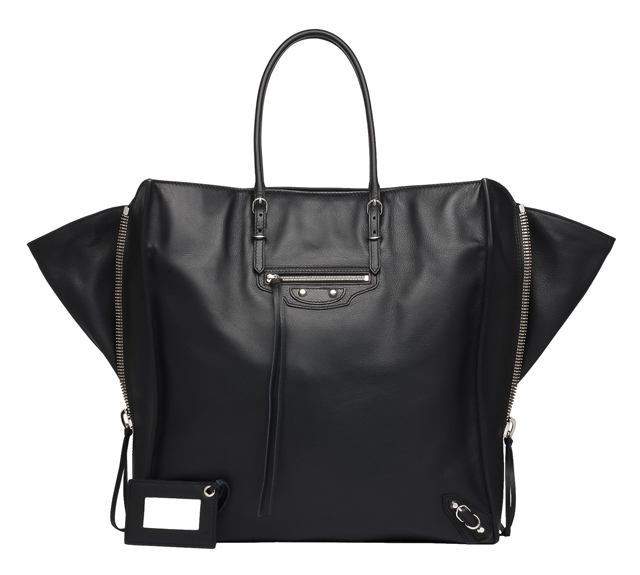 In general, it doesn’t bother me that so many designers have been “inspired” by Celine to adjust the gusset structure on some of their new bags. When a silhouette becomes so widely adored and connects so strongly with high-end customers, other brands would be silly not to explore whether it would be worth implementing in their own designs. At a certain point, designers aren’t copying an idea but designing for a widespread trend. It can also pay dividends to let a trend pass you by, though, and I wish that Balenciaga had done just that.

Manolo Blahnik is perhaps the best recent example of when its paid dividends for a brand to pass up a wide-reaching trend. Blahnik famously denounced the aesthetic value of platforms, and he refused to incorporate them into his shoes, even while designers like Christian Louboutin and Brian Atwood were getting rich on their sky-high shoes. Blahnik went forth doing what he did and weather his turn of relative unpopularity with grace. When fashion inevitably swung back in his direction and away from chunky platforms, Blahnik picked up where he left off with a product that many other lines were ill-prepared to rival during the first days of the trend, and his version of the single-sole pump is still prized among shoe lovers.

With the Balenciaga Papier Zip Around Totes, we have a brand that’s taken the exact opposite approach. Balenciaga’s Motorcycle Bags are iconic; they’ve endured the It Bag era with more grace and success than basically any of their contemporaries, and they still sell well and look current. They just don’t look trendy – they’re not structured, minimal or particularly petite. And that’s ok. The market needs choices, and it needs handbags that don’t necessarily fit the popular wisdom of what a bag should look like right this second, because that popular wisdom is always changing.

Evolution is important in design, of course, but I would have preferred something more creative than simply putting a popular gusset style on an existing bag. For the price of a Balenciaga design, customers should expect a little more creativity. The Papier bags were a nice evolution on the Motorcycle style, and I’m sure that there are other avenues that can be taken to explore the Motorcycle aesthetic further. I’m pretty sure that none of those avenues lead to the Celine design studio. 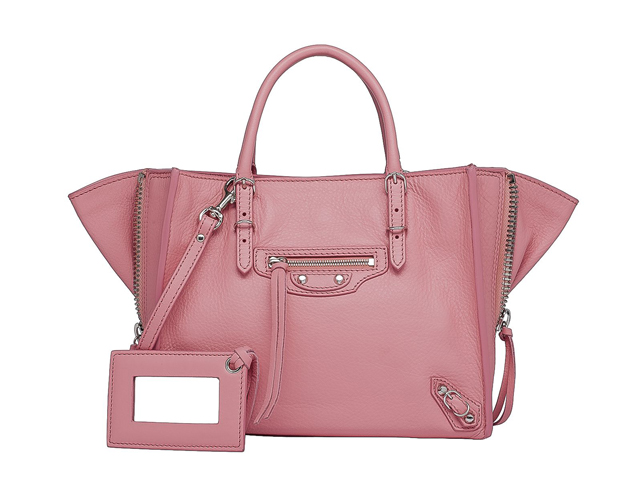 Balenciaga Papier A4 Zip Around Tote
$1,735 via Balenciaga 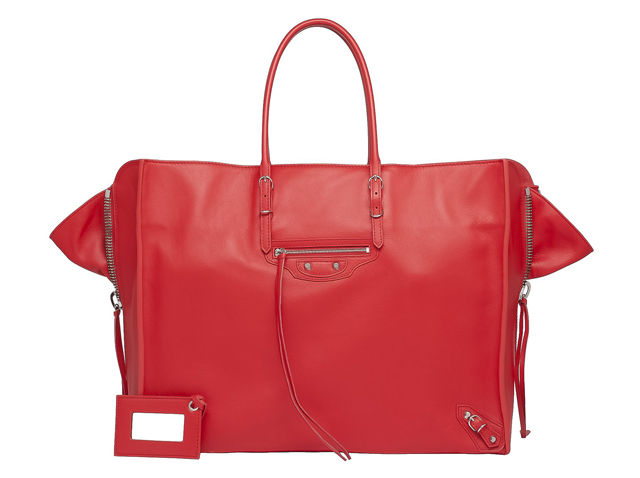 hmmm … although the Balenciaga bags have never been on my “want it ” list I have always admired their unique look. This is not the best departure.
I just think the silhouette is wrong on the A4 – the handles too spindly, the Balenciaga accents fail to make it “pop”.
The mini pink I’d want if I was a minion in real life Gossip Girl.

It looks horrible! The design is completely unbalanced. Did they just layer a pic of a papier tote and a Celine phantom to design this bag?!

Nicolas Ghesquiere left amidst well publicised squabbles between creative and management, so it all seems to sort of fit together. I can envision a bunch of profit-driven executives around a table thinking “we need to jump on that gusset bandwagon” without really taking into account the brand’s specific heritage and aesthetic.

Yeah, I had the same thought when the press email about this bag came through. The motives behind a move like this for a brand like Balenciaga are pretty transparent.

I just don’t like these bags, as simple as that. The gusset feels superficial and pushy to me.

Kathleen
Reply to  Petra B.

100% Agree. I have never cared for this look. I know there a lot of us out there who have purchased gusseted bags but IMHO, we will look bag on this style and say “what were we thinking?”.

Please everybody actually this bag had been around for some time already,, around a year just no one had noticed its existence and till now balenciaga is advertising it. So balenciaga probably isn’t the last company to to it

i knoooooow X3
saw these in stores since like forever!

Edith Piaf, where are you?

0
Reply
Edía Paff
Reply to  Or

maybe i can help?

Alexander Wang is so creative, I am surprised to see this.

The Mini A4 Zip is really cute especially in that pink. The others are not cute at all and look odd.