In Praise of the Madewell Transport Tote, Brooklyn’s Most Omnipresent Handbag

I live in Brooklyn, work in midtown Manhattan and get motion sick if I read on the subway, so I have a lot of time to look around while I ride the train every day. As you might imagine, I tend to look at people’s bags, and in the year I’ve been doing my current commute, I’ve noticed that the Madewell Transport Tote has a surprisingly monopolistic presence on the arms of the borough’s population of young women.

A seemingly ever-growing portion of Brooklyn has transmogrified into a home for creative young adults (ahem, *points at self*) of various types, first because it was relatively affordable, compared to Manhattan, and now because all of your friends live there so you might as well move. Young creative types often don’t make a lot of money, unfortunately, and Brooklyn is now basically as expensive as Manhattan, so that means a huge pool of style-conscious women need an affordable, functional, nice-looking leather bag for their schleps to and from work, often in Manhattan.

That’s where the ingeniously simple Transport Tote comes in. It’s big and roomy, but its basic construction keeps it lightweight. The bags are rendered entirely in solid-colored leather, which keeps them fairly anonymous (unless you’re looking), but still polished enough for use in most offices. Although I don’t own one, they also seem durable–one of my closest friends carries hers constantly and has had it at least as long as I’ve known her.

Perhaps most importantly, the bags are also within reach for women just starting out in office jobs: you can pick one up in a variety of colors for $168 via Madewell, Nordstrom or Shopbop. If you want a zip-top version with a dedicated shoulder strap, it’ll only run you $188 via Madewell or Shopbop. 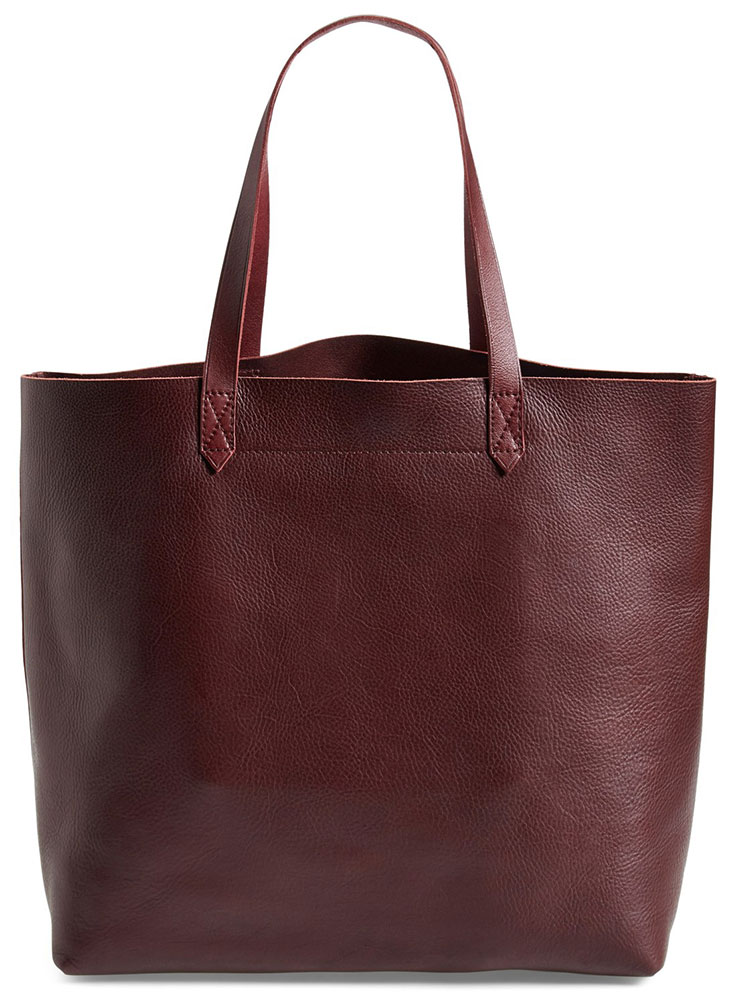 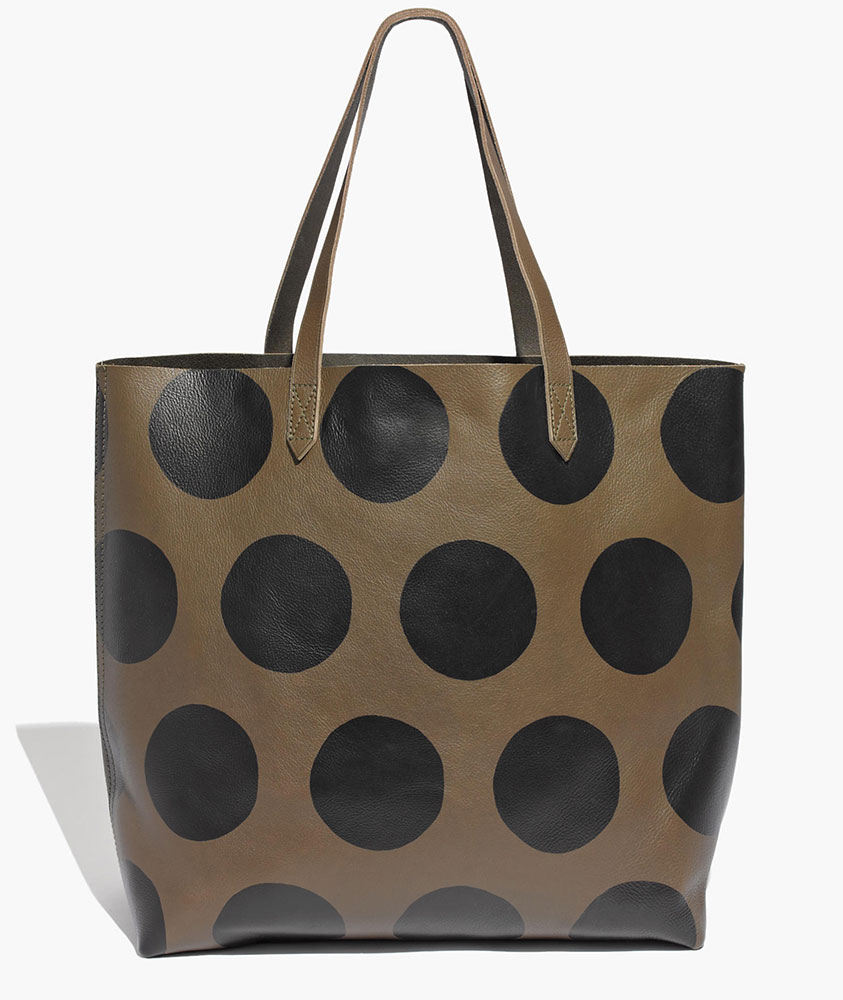 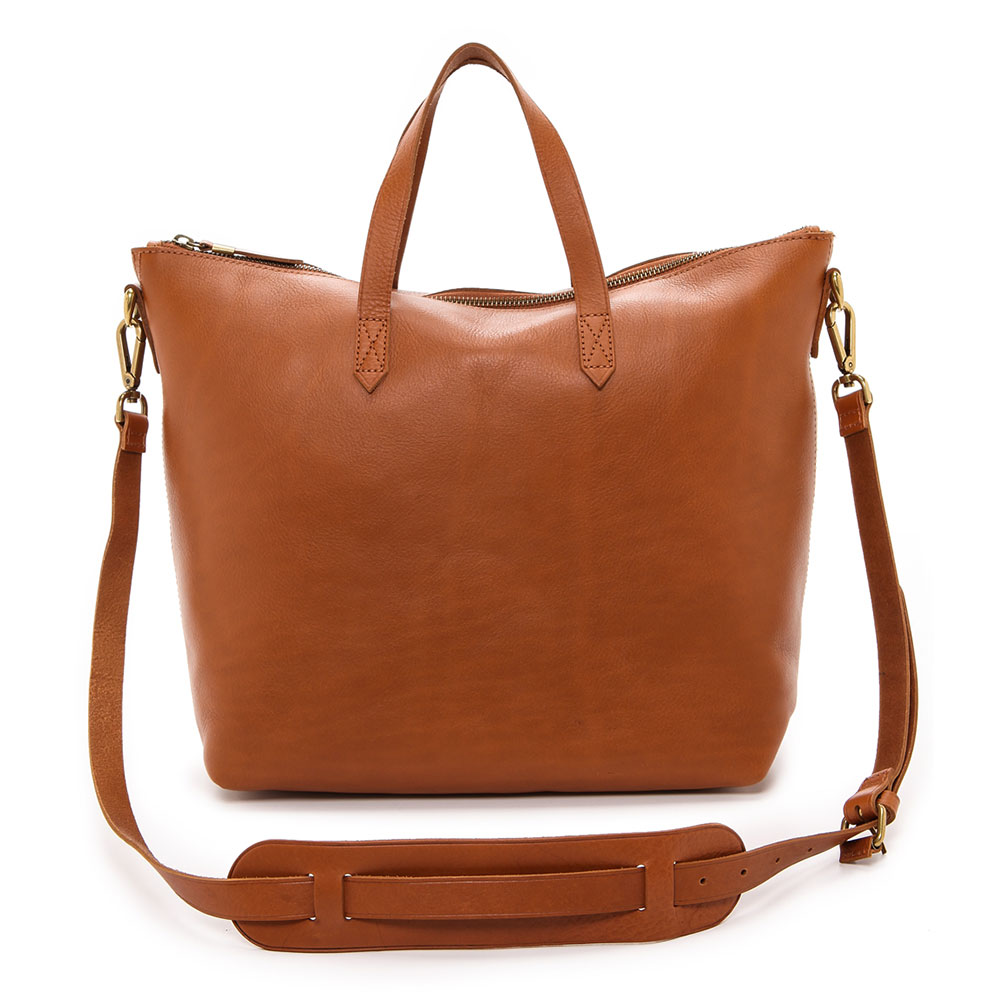 The Madewell McCaren Tote is now 30% off at Shopbop too: http://designerbags.me/search?is&pe=madewell

I have the Transport tote but the one made wih Cuyana is so similar but in much better leather. The price is almost the same too.

The underside of the leather handles is very rough – it abraded the skin on my forearm when the handles slipped while I was carrying something moderately heavy.

The marketplace infusion of well-made products (Madewell or otherwise) at lower prices for the young urban creative is a trend I can get behind! Full disclosure: I work at http://www.grana.com and this is exactly the kind of thing we believe in: well-made luxurious basics. Only thing is we offer our goods at 2x the markup (instead of 8x, like most retailers do). Just launched our $US99 100% Mongolian cashmere sweaters yesterday…

Anyways, I’m going to get this bag the next time I’m Stateside!

I’ve had my Transport Tote for just over a year and It’s easily become one of my most used bags. The quality is out of this world for the price. It’s ridicuously durable, has withstood rain, drops on the floor, being shoved under a seat on an airplane, stuffing it with a laptop, ipad and DSLR camera – and refuses to sink. This is a great bag. Highly, highly recommend.

you have nice
collections please chekout our Clutch collections.

meh, all made in China.

I have the Cuyana. I think the leather is better and it just seemed more finished. Bonus, it’s made in the USA.

Love this bag. Get some more at::
fashionarian.com