Do You Rotate Your Purses Seasonally?

With winter around the corner are you ready to make the switch?
10 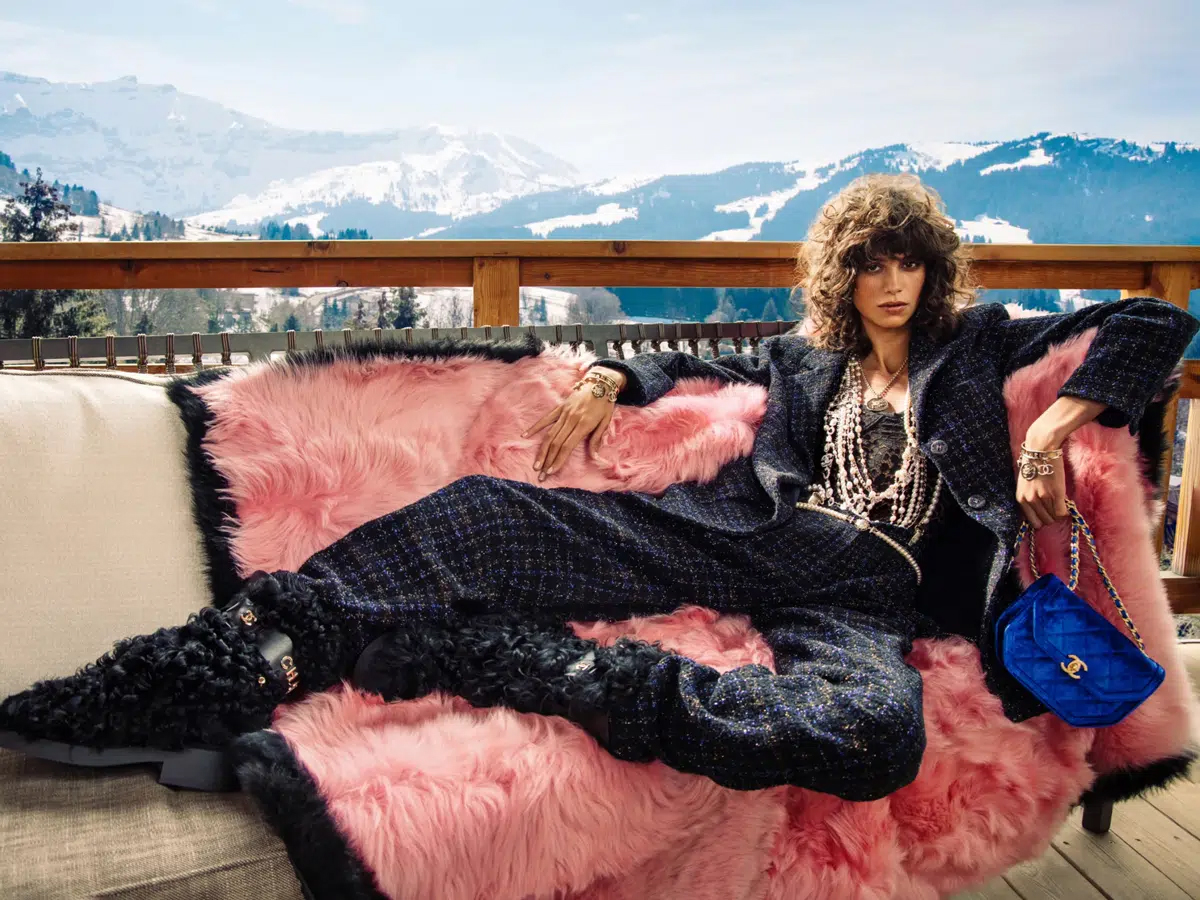 As we cruise through fall with Winter knocking at our doors, what’s the first thought that crosses your mind?

Like many of you, mine is a “shopping spree!” This, however, is quickly followed by the rather crushing realization that winter in my country doesn’t last long enough for me to justify purchasing warm clothing beyond my pre-existing ensemble of high-school jackets.

In fact, the cold season here, even at its fullest swing, is at best a budget version of the New Yorker’s fall and winter, minus the aesthetic foliage: you’ll be sweating in humidity and impatiently wriggling out of any layers barely before you’ve walked two blocks.

But because winter is terribly underwhelming in the tropics – and overpoweringly bitter elsewhere – doesn’t mean that our fall fashion shouldn’t be on point. Our favorite luxury brands have long specialized in a dizzying array of stylish outerwear, from neutral trench coats and sleek blazers to trendy puffers and bombers. Pair them with Uggs or boots, loafers or pumps, and your OOTDs are all set.

Wait! Not quite. We’ve missed something here; perhaps the most crucial element there is to nailing an outfit (or so we’d like to believe) – our purses! With the arrival of the colder season, as our entire ensemble sees a dramatic shift (for better or worse), shouldn’t our handbags undergo some degree of jazzing up too?

And thus, even before fall formally arrives, we see luxury and contemporary designers alike rolling out various wintry offerings, often across the full length of their accessories range, all adorned with a plethora of fall-appropriate embellishments, cozy trimmings and in dark hues or jewel tones (because of course, no whites after Labor Day, right?).

But just because the seasons have turned, does it mean that the things we tend to haul daily have changed too? Is it strictly necessary to rotate your handbags to account for temperature changes? Can’t you use one bag year-round, especially if it’s something like your all-time favorite tote? Let’s dig a little deeper.

It’s official: shearling is now a winter staple, and fashion houses big and small, from Louis Vuitton and Bottega Veneta to Coach, have confirmed its status as a cold-weather wardrobe fixture. An updated take on the controversial fur made from sheepskin, shearling was once confined to the interiors of suede outerwear and boots for comfort and warmth. Now, however, the tables have turned, and shearling has become a force to be reckoned with, making its way onto the most fashionable of jackets, footwear, and purses.

A close cousin of shearling is pony hair. However, pony hair isn’t as popular as shearling due to the possibility of balding when rubbed, requiring more than its fair share of carefulness to go with it.
Suede, on the other hand, is a much-misunderstood material that’ll last long AND look pristine, but only if you’re willing to expend some effort in its TLC.

However, the thing with suede and the other wintry materials above is that they’re so widely regarded as a part of fall fashion that you risk looking rather out of place when using them in any other season. And it makes sense, too – no one would want to feel warm and cozy when the sun is shining brightly on the sky!

Fall-friendly colors, however, are much safer bets regarding versatility and year-round use. Darker shades, such as black, navy, chocolate, or bottle green, are perennial classics that one can’t go wrong with at any season. Rich hues, like caramel, magenta, emerald green, or orange, will similarly have you feeling festive all year long. Just look at Chanel’s most recent tweed offerings in alluring pinks, and you’ll know what I mean!

Truth be told, even lighter shades, generally reserved for summer, can integrate just as well into a winter wardrobe. How, you might ask? Read on to find out! 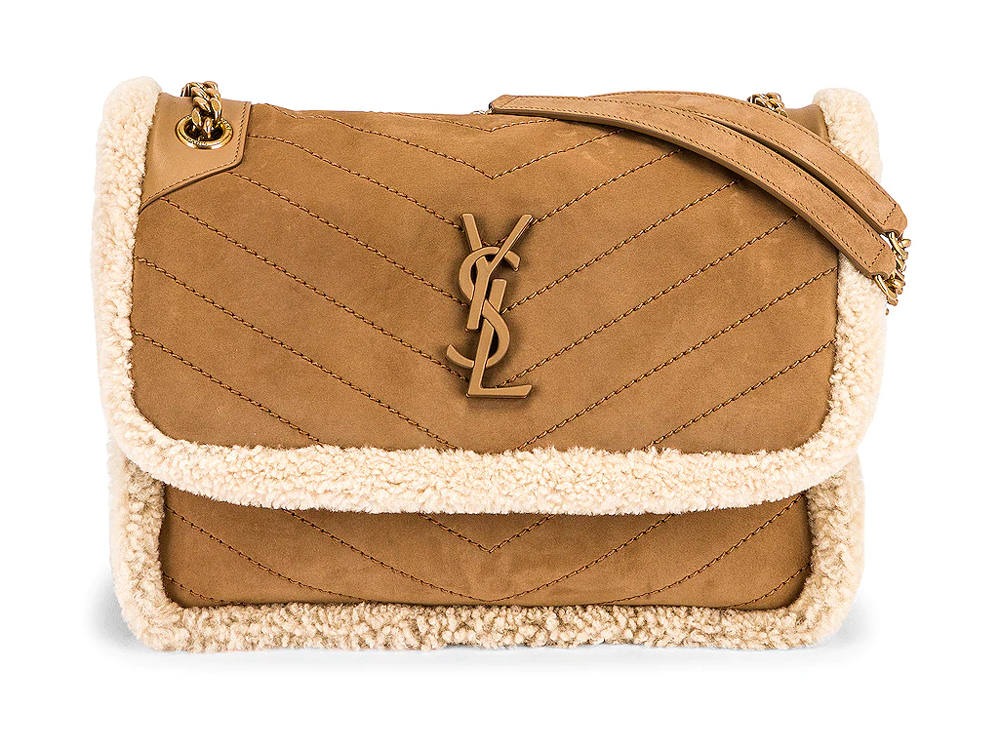 ‘Tis the Season of Statement Pieces

If you like flirting with danger, wear all-white in winter. Just kidding, but only halfway – seriously, opting for an entirely light-shaded ensemble, that too in the midst of winter, is a risky affair, what with all the mud, rain, snow, and general grime of urban living.

Does that mean, however, that you can’t take calculated risks? In fact, all-black-everything is chic and all, but a strategically-placed white or cream purse on a uniformly black outfit could make just the bold statement you’re looking to set, that too without getting dirt on yourself (quite literally)!

And that, dear readers, is the beauty of fall outfits. On the one hand, the numerous layerings one has to don offer the perfect opportunity to experiment with new colors, textures, and materials – from fabrics and knits to shearling and suede.

On the other hand, it gives you the leeway to pair statement-making purses, be it in bright colorways or with substantial embellishments, to give you an edge among rows of people in long dark coats carrying understated, dark handbags.

So, ladies, winter might just be the best time to whip out your crystal Prada Cleos and rhinestone-encrusted Balenciaga Hourglasses! 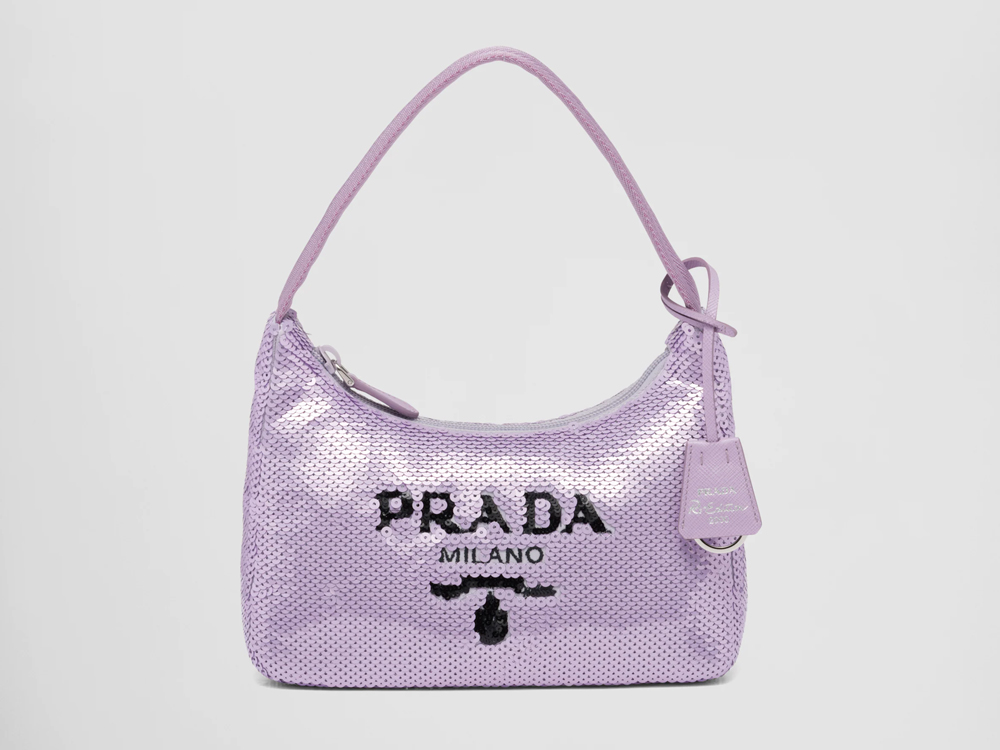 The Sheer Indulgence of It

Speaking of mud and grime, some reasons why certain colors and materials are designated for the colder temps are entirely legitimate, governing the functionality and comforts of the users. Just as a suede purse at the beach makes no sense, neither does a raffia number on an Alps vacation. But as you may have realized by now, there’s no reason why one mustn’t use one particular purse year-round – if you love it, go for it!

At the same time, however, winter (especially at its coldest) is a gloomy time of the year for most, so a little bit of cheer couldn’t hurt, right? For some of us, this may be in the form of a skiing trip to Aspen. For others, it might be treating yourself to (or maybe receiving as a present) a new purse. It could even be as simple as taking your prized-but-infrequently-used shearling bag out of the closet and taking her out for a spin!

We purse-lovers often require a little excuse to justify buying something new. Whether to commemorate a landmark date, save a souvenir from a holiday, or just to satiate our desires (the heart wants what it wants!), a new handbag is a perfect remedy for anything and everything. So, why shouldn’t we indulge ourselves, especially as we celebrate a more hopeful, normalized, lockdown-free fall season?

As Tina Craig of BagSnob said, “Whether you live in LA, where it is perennially spring, or in New York, where winter seems never-ending, the official onset of the new season offers the perfect excuse to refresh your handbags.”

On a related note, if you switch out your purses seasonally, it raises the question of storage for those that are kept away for the current season. Generally, all of us here at PurseBlog know the drill: store them away in breathable dust bags (preferably ones that came with them in the first place), away from the cruel reaches of the sun or snow. Bring them out periodically, and moisturize and condition them as required.

While that seems simple enough, it is not always so. Certain materials, as I’ve found, require added attention. Patent leather, especially lighter shades that one might (possibly) save for the summer, are prone to color transfer from anything dyed near it, even when stored in a dust bag (which is made more difficult by the limited closet space most of us are endowed with). Raffia bags, similarly, require careful handling as scraping them against hard or spiky surfaces might cause the straw to snag and inevitably undo itself.

Fleece and shearling purses, on the other hand, are highly prone to attract dirt, so it’s always advisable to pick out any dust bits at the end of winter before they’re retired to the closet. Likewise, suede requires appropriate conditioners specific to the material; generic ones risk darkening or, worse, drying it out, which might lead to a cracked texture.

Even plain leather may pose its own problems. While pebbled ones are generally hardier, smooth leather (such as my PS1) attracts mold, especially in damp or humid climates. In fact, during the monsoon, the lambskin on the PS1 would begin to catch mildew 24 hours if left outside its dust bag (and as a result, I have morphed into a hoarder of leather conditioners). 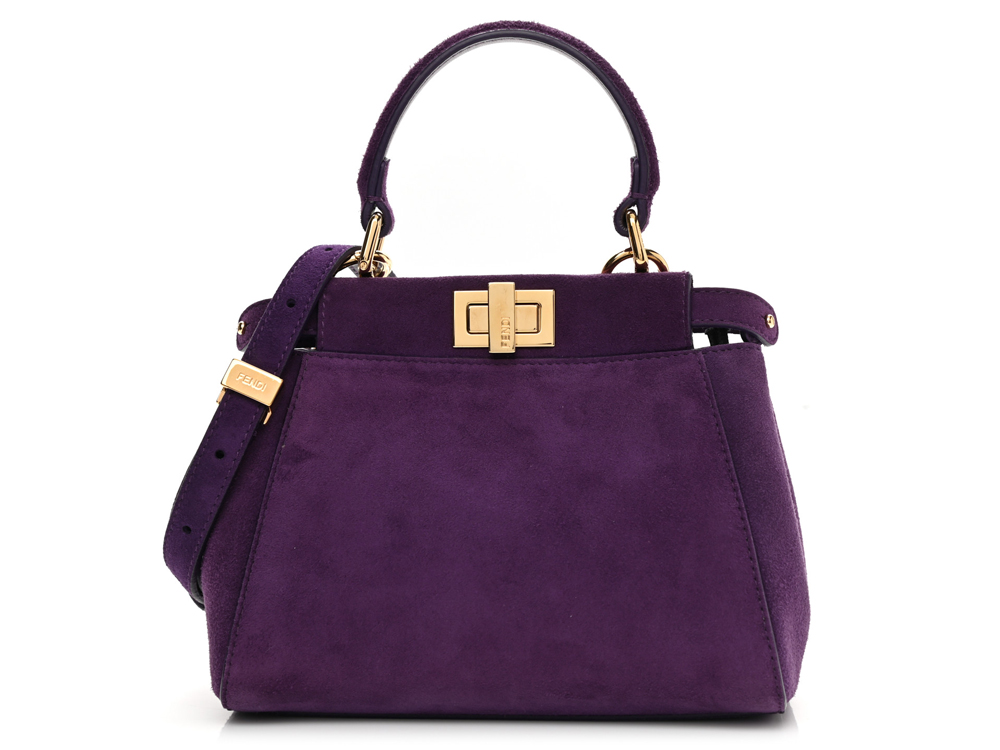 For the last couple of months, I’ve been continuously using my black Balenciaga Work (a true workhorse!) But as the weather begins to cool off, I’m planning to bring out the PS1 again – plus, its saddle color is as fall-friendly as it gets!

All of my bags veer pretty much within the neutral territory (yes, metallics, too, in case you were wondering), so I needn’t worry as much about appearing out-of-season and, rather, let my outlandish outfits do the talking.

But what about you? Do you rotate your purses seasonally, or do you stick to a tried-and-tested few year-round?

Nope, I use whatever I want whenever I want. My philosophy is there are no fashion rules.

I don’t buy “seasonal” bags. I tend to carry whatever bag that I need for the day.

I absolutely do. I like to carry bigger bags in winter since I feel that they balance out big/puffy coats.During summer, I reach more for small crossbody bags. Some staple bags I wear year round, such as the Celine Micro and Nano Luggage, Balenciaga City, Hermes Kelly etc.

I do try to use all of my bags (except the big ones meant for specific purpose like travel gym or beach) but i always fail since i try to coordinate the colors with my outfits. Oh well never been successful. I still have bags not worn for some time but dont want to let them go yet because i love vintage pieces. I have a lot of cheap bags that got damaged too (pleather is peeling off and some canvas ones had yellow closet stains) maybe because i live in a tropical country where its humid so i had to let them go maybe it was around 20bags.

No. If I buy a bag at thousands and thousands of dollars (prices of luxury bags have increased enormously over the last handful of years), I’m using it every day. Heck, I’d even change bags between morning/evening.

I do..some bags just seem like they belong in certain seasons like if they have more heft they work with heavier outfits. Some bags are more structured or classic so they look better with similar looks. I also tend to carry darker bags in fall/winter. I like to use lighter leathers in spring/summer plus all my summer type bags that are woven and unstructured.

Yes, chocolate brown and burgundy are winter colours for me.

I do rotate bags depending on the occasion and my mood. But I tend to forget to bring some important stuffs at times coz it was in the other bag 🙈