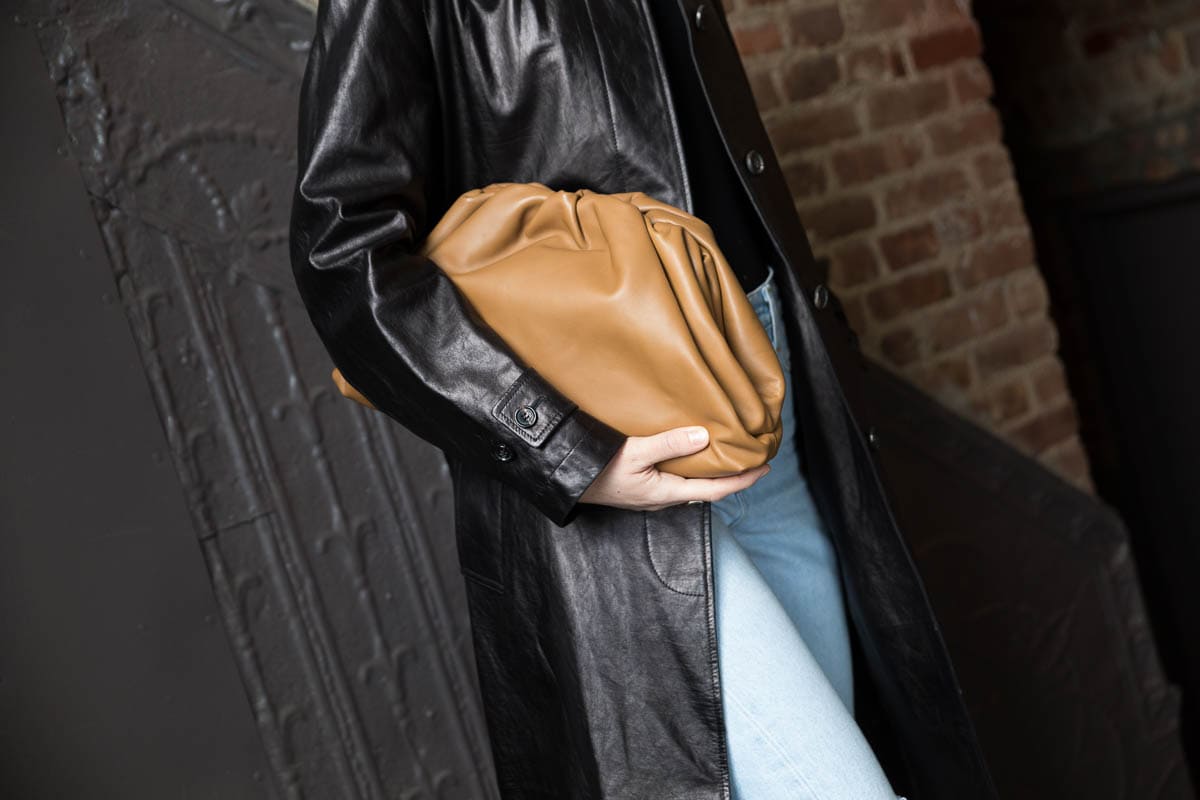 Bottega Veneta is arguably one of the most talked about brands of 2019 and it seems that there is no stopping the brand’s current trajectory. When Daniel Lee, former designer at Celine under the direction of Phoebe Philo, was appointed creative director of the storied Italian design house it was incredibly apparent that big changes were afoot. Parent company Kering hoped to modernize and aimed to reach a wider consumer base with a younger designer at the reigns. Lee took over creative direction from longtime designer Tomas Maier, who was known for his classic designs.

Lee’s first runway collection for the brand debuted earlier this year, and instead of slow, steady change, Lee debuted his vision for the brand in a big way. Fans were introduced to an exaggerated version of the brand’s iconic Intrecciato leather and Lee debuted new silhouettes and shapes along with it. And just as parent company Kering had hoped, when Bottega’s The Pouch debuted for Spring 2019, the design struck a chord with a younger consumer base. Celebrities, influencers and editors alike all took to the design, making it one of the most talked about new bags of the year.

It should come as no surprise that the relaunch of Bottega Veneta under its new leadership has paid off. According to Business of Fashion, the brand reported a sales increase of 7 percent on a comparable basis after seeing a decline in the first half of the year. It’s important to note that the reported sales increase comes after the majority of Lee’s designs hit stores. Kering’s CFO, Jean-Marc Duplaix, also stated that, unsurprisingly, the brand’s RTW and accessories are resonating with a younger consumer base, most notably in the US and Europe.

BoF also reported that Kering stated that Gucci’s sales are slowing down, with a 10.7 percent sales increase versus the brand’s incredible boom in 2017 and 2018 when they reported a growth of 30 percent annually.