Louis Vuitton Will Once Again Encase the World Cup Trophy 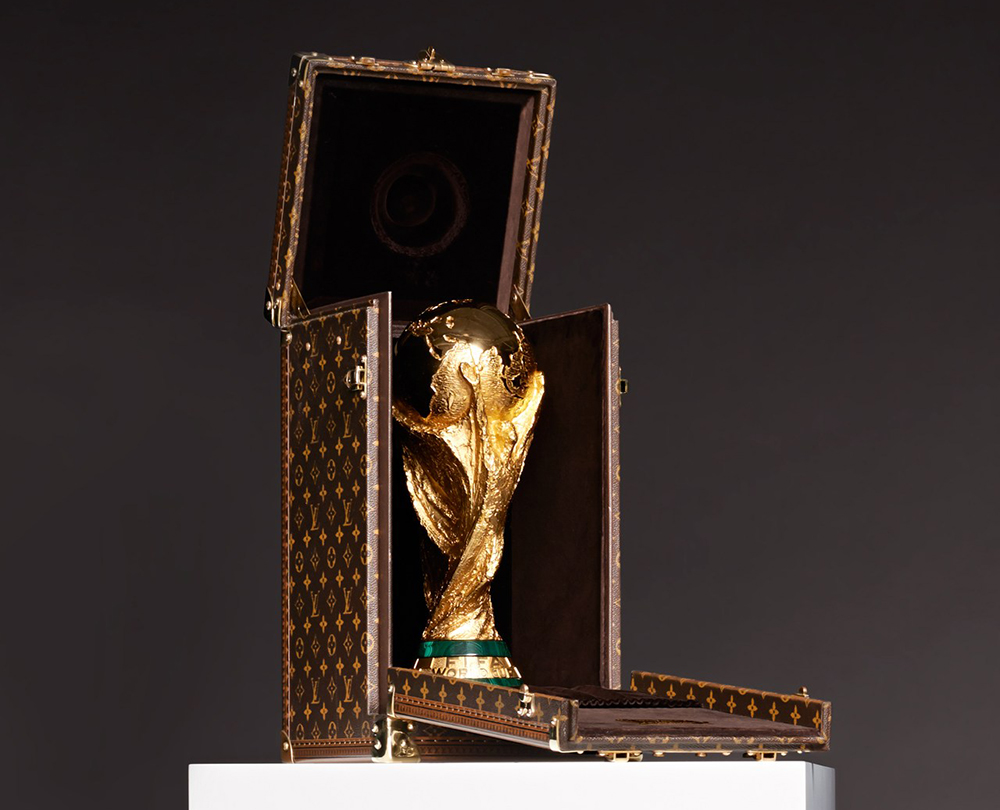 Even if you’re not a sports fan, you’re probably well aware by now that a lil’ soccer tournament has started down in Brazil. The 2014 World Cup is here to keep us entertained for the next few weeks, and when it’s done, the winning team will not only receive bragging rights for the next four years, but also a little bit of Louis Vuitton.

Just like it did in 2010, Louis Vuitton is set to provide the case for the official World Cup trophy, which can accurately be described as a nubby hunk of solid gold. According to Vogue UK, the case was hand-made in the brand’s Asnières atelier and includes all the well-loved Vuitton signatures, including a heavy dose of monogram canvas.

With Louis Vuitton’s renewed focus on leather, it would have been nice to see the brand whip out some alligator or python for such a special occasion, but neither of those provide the opportunity for such clear visual branding on the global stage of the World Cup.

If you were going to win a trophy for Best Whatever It Is That You Do, who would you want to design the case?

Love it … I actually googled the making of the case not long ago …. Interesting and what fine craftsmanship Vuitton are. That’s why they are superior.

They must’ve paid FIFA millions to be able to do this. Nothing to do with craftsmanship