Louis Vuitton to Advertise on Television 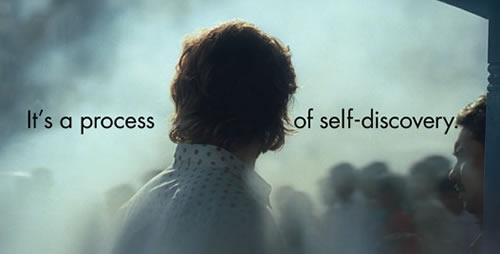 I look forward to seeing one of the quintessential luxury houses on screen. What about you?

IN an unusual marketing move for a fashion and luxury goods brand, Louis Vuitton said Tuesday that it planned to advertise on television for the first time, with a travel-themed 90-second spot that was shot in France, Spain, India and Japan.

The campaign, which will start Feb. 15, will run on cable and satellite television channels and in movie theaters around the world, the company said. It shows ordinary people, rather than celebrities like Catherine Deneuve, Andre Agassi and Mikhail Gorbachev, who are featured in a current print campaign for the label.

Louis Vuitton, a unit of LVMH MoÃ«t Hennessy Louis Vuitton, described the advertisement as “the first ever on-screen corporate campaign by a luxury house.”

Television advertising can be expensive, and many luxury goods companies, particularly European family-owned concerns, have operated on relatively small advertising budgets. (The holding company LVMH, based in Paris, is not family owned.) Also, image-conscious fashion brands have been wary about undermining their aura of exclusivity with appeals to mass-market television audiences.

An exception is Chanel, which made a splash about three years ago with a two-minute TV ad for Chanel No. 5 perfume. Starring Nicole Kidman, it reportedly cost more than $30 million to make.

The Louis Vuitton ad aims to promote the brand itself, rather than a specific product. A Louis Vuitton bag makes only a fleeting appearance in the ad, which asks, “Where will life take you?”

“It is supposed to touch our clientele and viewers in ways that perhaps other media will not touch,” said Pietro Beccari, Louis Vuitton’s head of marketing. “This is a way to say Louis Vuitton is different. It is something Ã©phÃ©mÃ¨re, but also something that stays.”

Mr. Beccari said the ad would be particularly useful in reaching new audiences in fast-growing markets like China, where the image of Louis Vuitton may be less established than in Western countries.

The company said it would run the ad in “rigorously selected cinemas” and on cable and satellite channels that were likely to attract well-traveled audiences. These will include news channels like CNN and BBC World, which many business travelers watch in their hotel rooms, as well as outlets like the Golf Channel, Mr. Beccari said.

Even without television advertising, sales of Louis Vuitton products have been rising. The brand, including clothing, recorded a double-digit sales increase in the first nine months of last year, the company said, with particularly rapid growth in China.

Like impulse buyers in a Louis Vuitton boutique, Mr. Beccari and Yves Carcelle, the chief executive of Louis Vuitton, did not hesitate in deciding to use television ads. A proposal put together by the ad agency Ogilvy & Mather, part of the WPP Group, showed a collage of moody still images from a variety of films, Mr. Beccari said, and it struck the right tone for the brand, which has been trying to focus on its travel heritage after several years of glitzier marketing for the fashion line.

“We both got goose bumps and said, ‘This is the direction we want to go,’ “ Mr. Beccari said.