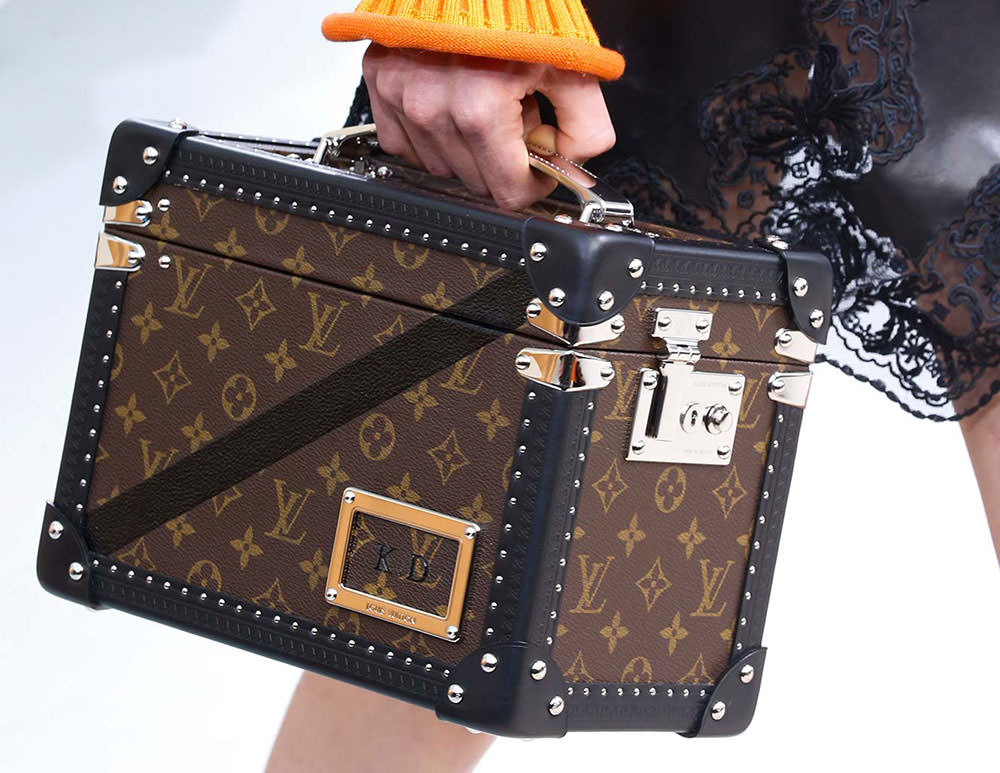 Louis Vuitton has changed a lot over the past couple of years, and by the numbers, the shifts in strategy are starting to look like they’re working. According to research firm Millward Brown, Vuitton held onto its spot as the world’s most valuable luxury brand in 2014, and it was one of only two that gained value.

Every year, the Millward Brown BrandZ Study looks at metrics like corporate earnings and consumer attitudes for global brands in a variety of categories and assess how they’re performing, both relative to their competition and their own previous valuations. This year, of the luxury brands measured, only Louis Vuitton and Chanel gained value; LV rose 6% to $27.4 billion and the top spot on the luxury list, while Chanel grew 15% to a $9 billion valuation, which brought the French powerhouse in at fourth worldwide. Louis Vuitton has been ranked first in luxury for ten years running.

On the whole, though, luxury brands did not fare so well in 2014. The second and third place companies (Hermès and Gucci, respectively) each saw valuation decreases, and even in the top ten, the category was down an average of 6%.

As a consumer, do these findings reflect your perceptions of the brands in question?

Well…. Always interesting to read such analysis coming from very skilled and intelligent people I’m sure.

First after reading this I was like “come on this is BS…!!” and then I had to start thinking out of the Fashion World. Not everyone is following closely designer bags. not everyone is visiting Purseblog everyday.

But on the other hand, this kind of analysis absolutly can’t translate in figures and indicators the emerging trends. Like Chloe making the new itbag with its Drew or Its Faye for example…

I see a lot of great success at LV but also a strong “follower “attitude sometimes (stickers, GO14 …)

anyway, at the end you have to admit it : no brand is as big, as fantastic, as old as this one .. LV has it all

Wow, so surprising considering the level of haterade often spewed regarding LV.

I think LV is a love or hate brand. Many people are very loyal to the brand for a number of reasons – high quality, a certain style / esthetic, status, etc.

Many others (like me) really just don’t like it. I think the overwhelming number of knock offs (and the types of people who carry them), the logos and the canvas are popular reasons for not loving the brand.

But, those of us who dislike it aren’t really relevant for the brand. Their loyalists and those who aspire to carry the brand are keeping it strong!

It’s not mentioned here but what I found interesting is the inclusion of Micheal Kors to the list. In a list that comprises Rolex, Chanel, Tiffany, LV; that stood out, specially when you have other brands such as Dior, Mont Blanc missing.

How in the world can they include MK on a luxury list??

Yes, it’s a power brand. They are selling tons of bags, other accessories, clothing, etc. many people actively seek out the brand. But they are certainly NOT a luxury brand.

Michael Kors is like Coach or DKNY–not luxury at all !!! & he copies everybody just like Tory Burch who doesn’t make one single original design

Michael kors used to design for lv so he is definitely not a copy!

You mean Marc Jacobs use to design for LV.

Sorry Victoria—–I’ve only known of him since he headed his own brand & Celine–maybe he was great previously.
But look at his bags now——-all copies—I’d be embarrassed to carry one–unless I was in my 20’s–

That few? The visual pollution of the ubiquitous Neverfull on Asian women everywhere sickens me usually.

That’s because we cannot wear them to the office bc everyone’s so catty.
I can only carry my high end bags when I am not working.

I don’t think that’s true. It depends on the office. In my last few positions, both I and others carried luxury bags without comment.

what does value means? when you look at the stock markets Richemont was far better than LVMH.

I’m not a huge LV fan but I do respect the fact that they have been so successful for so long. Props to any company that can sustain in a market/culture that is always changing and they have always seem to adapt. Sure we miss the old , but the old is ….OLD. As commerce changes and the way consumers spend their money and depict value, LV finds a way to evolve and maintain a core following. After all they do have hundreds of stores as where all the other brands only have a tenth of what LV has. Just look at the huge gap between the two, that’s three times more. You’ll always have the consumer that prefers a smaller brand that’s not on every arm walking the streets , Saint Laurent (my fav), Bottega just to name a few. But for the consumer that wants something that is established, timeless, evolving, affordable, available ( which is the key, accessible to the consumer ) , there she is, LV. Geez I hate LV. But if they offered me a job, hell to the yeah I’d take it. And then slit my wrist and bleed all over the production lines . But I do commend them.

Maybe not all of you can afford a brand expensive product. In this case, you can take a look on some Guess and Chico’s products, maybe you’ll find something interesting there – http://www.missfashiondeals.com/

So disappointed in the direction LV has taken their designs. LV is from 2005 and onwards a 100% deluted luxury brand which you can see on young girls and grown up women alike. Very much due to a certain Neverfull (until recently LV’s lowest price point along with the Speedy). i have a considerable LV collection that I started in the early ’80ies but that I no longer feel good using since everybody carries one. They no longer feel special or rare. Based on the fact that LV regularly increase their prices and spit out ugly Limited Editions to compensate is proof enough that LV is quite concerned with the same inflation of their brand.

I don’t get why LV is so popular. The brown monograms are by far the ugliest things I have seen on a bag. When I see it on everyone’s arms, I always wonder why people like that color. I don’t like brown in general, and I don’t like monograms. I have been several times to LV stores in the hopes of buying something and leave empty-handed. LV is just not innovative enough and their bags are over-priced. The latest LV bags look ugly, quilted bags look like Chanel, and LV just launched more ugly LV bags. If you spend $$$$$ on a designer bag that is #1, the bag should be out-of-the-world attractive and of superb quality. What is LV monogram? CANVAS, not even leather.