PurseBlog Asks: Is Louis Vuitton Pulling Off Its Handbag Turnaround? 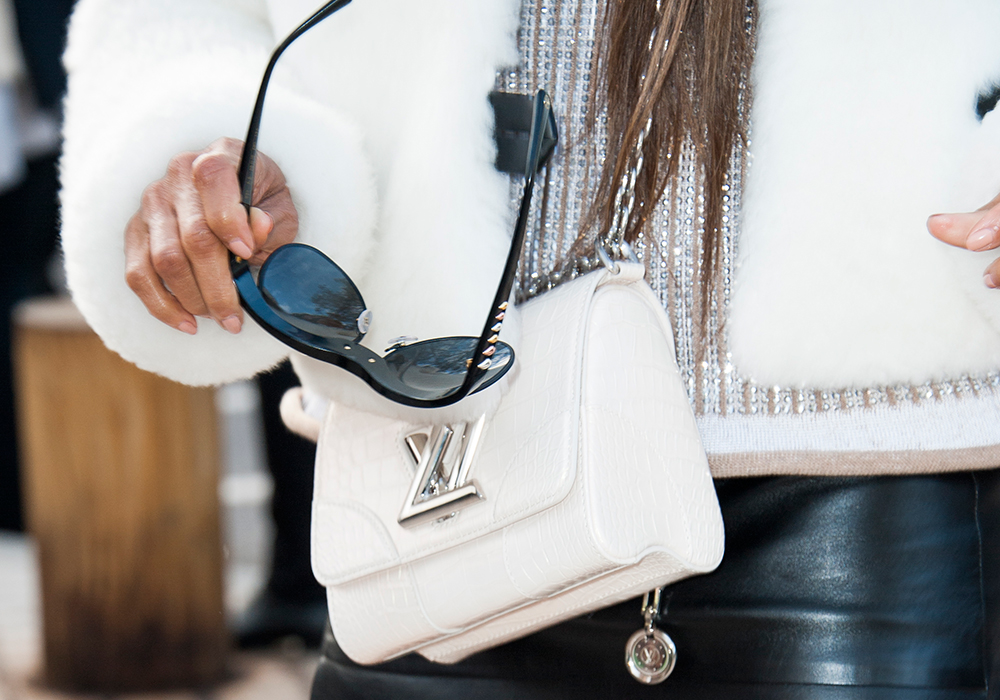 Taking a brand that’s fallen out of favor and making it cool again is among the hardest things to do in fashion, but if I’d trust anyone to pull it off, it’d be former Balenciaga frontman Nicolas Ghesquiere. Louis Vuitton apparently agreed with me when they hired Ghesquiere to fill the position vacated by Marc Jacobs after 16 years, and since his arrival in 2013, he’s quickly put his own stamp on the iconic line’s handbags.

Ghesquiere’s designs have been extremely popular among fashion people, and they’re arguably the root of the A-line miniskirt trend that’s at the forefront of the 70s revival currently happening in fashion. Louis Vuitton has also effectively recruited an army of fashionable celebrity supporters, most of whom are extremely talented in their own fields, beyond simply being good vessels for clothes and accessories. It may seem like a small distinction when aesthetics are the primary concern, but when it comes to marketing a brand as a lifestyle component, it’s extremely important.

Convincing fashion people and celebrities to get on board is crucial, but Louis Vuitton is a handbag brand before it’s anything else, and that means the brand’s most important critics are accessories consumers. The brand’s fashion and leather goods sales increased 18% in the first half of 2015, according to QZ, so it would appear that many consumers approve of the slew of new designs launched under Ghesquiere’s oversight, including the Twist Bag and the Petite Malle Clutch.

Many of you had critical things to say about Ghesquiere’s biggest bag launch yet, the City Steamer, but Vuitton is a brand that inspires such ardent love and hate alike that it’s difficult to use that as a bellwether for how the bag will actually do on the market. It strikes me as a strong addition to the LV lineup, but we’ll have to have to wait and see if it catches on. In my mind, though, Ghesquiere’s tenure at Vuitton is going about as well as the company’s executives could have hoped.

What about you, though? Is your interest in LV bags increasing, decreasing or staying the same as these new designs debut?

Decreased overall. I’ve been more interested in Dior, Hermes and Fendi as of late due to their more interesting designs that they have been pumping out lately. The Hermes Berline Sport is pretty high on my Christmas wishlist!

I prefer Chanel and Givenchy. Nothing LV is making me want to purchase. There are some pretty bags but nothing I have to have.

I still love LV, but the older I get, the less interested I am in carrying around a bag covered in logos. They have some other designs, but they are above my price point. Additionally, LV is not really practical, so many of their bags don’t have adequate organization for all day/everyday/city girl on the train use.

I’m just the opposite-if the bag doesn’t scream LV or Chanel, I don’t want it.

I went away from LV but I am learning to love some of the bags. I definitely see it as a plus that they offer matching crossbody straps for some of the shoulder bags. It’s a plus when I can carry a bag three ways. I have all the high end bags but I have definitely found a few LV bags that I’ll be adding to my collection.

Still not interested in anything but the SLGs. I kind of want an Alma BB, but I have yet to pull the trigger. After looking at LV’s latest offerings, I’m not that impressed. I really don’t like that City Steamer. Looks like Tory Burch.
Or Kate Spade
Or Prada
Or YSL Sac du Jour

The big fat LV is a huge turn-off. LV has a copy of Chanel with the quilted bag and Hermes with the steamer bag. Where are the iconic elements such as the lock push buttons? I hate the monograms, they are ugly. LV has come out with some attractive bags and material combinations, but the price point is over $8,000 and the bags can only be carried one-way. LV is neither practical nor attractive. I find Dior, Fendi, and Bottega Veneta more due to innovation. Even BV, while keeping to their weave aesthetic, have found a way to still be innovative, something both LV and Chanel lack. When brands start resting just on their laurels it is time for a change. I always walk out of LV and Chanel empty-handed. Even Chanel sometimes experiments, but LV has nothing compelling or innovative.

You do realize that the steamer bag is a modernization of their very old steamer travel bag right?

I found this comment most interesting part of article-thanks!

The new offerings definitely are some of the most eye catching but not captivating. I find that some of the designs and color combinations are trying too hard to appeal as fashion forward and innovating. I’m a lover of monograms as it invokes the warm fuzzies of the brand’s history and heritage- LV can definitely learn a thing or two from Gucci. These monograms are super iconic and with the almost strictly-entry-level-only momograms at LV and its poor incorporation into the new designs loses the brand’s allure. Gucci continues to smartly innovate and incorporate them into the new offerings and the market responded well. The classics get a refresh without being too fresh which brought consumers back to why Gucci is Gucci. LV is being too trendy right now and only time will tell if that increase in sales is temporary love.

No. Louis Vuitton under Ghesquiere is not inovatative nor Is it interesting. So as a frequent PB reader I beg that you stop shoving this new LV agenda down our throats. Please stop trying to make “fetch” happen.

FYI, LV considers sales only during the 2 first weeks! If it doesn’t work as high as their expectations, production decrease, bags stay 2 or 3 season and finished.
If you enter a store ans it is not there in the entrance staring at you,you know what’s going on!

Decreased as well. The bags I like best are now at a price point equivalent to Chanel, which I prefer, and the newer designs are still too derivative to tempt me.

I love the new things coming out by NG. A large amount of people on the LV forum miss MJ, but I really felt things were getting stale and tired near the end of his tenure. I bought my first brand new LV bag this year (always bought pre-loved before), an epi Alma from the new nacre (pearl) seasonal color line. I am very pleased with it. The color is gorgeous, and the epi leather is a lot (maybe 2x) thicker than my preloved Alma from the height of the MJ era. I absolutely love love love the Petite Malle and the Steamer, and hope to make one of them my next brand new LV purchase.