The only place the Onthego should be going is my closet
By Lucy Watson Prendergast •  Jul 30, 2019
43 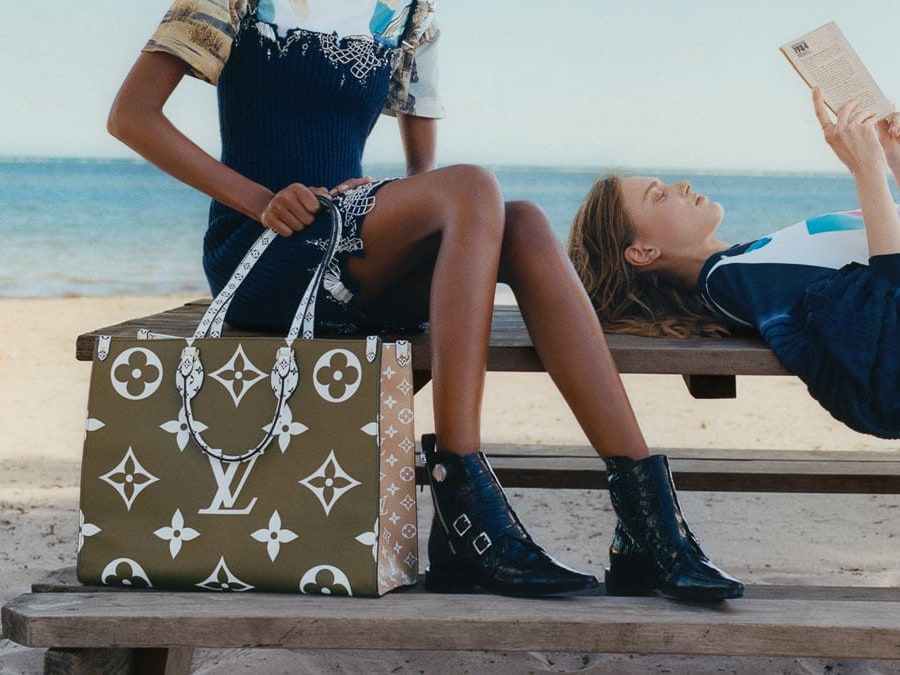 When Louis Vuitton released the Monogram Giant Collection, I was instantly smitten. I’m a Louis gal through and through, and this collection has been checking all of the logo-mania boxes. I became particularly obsessed with the Onthego tote bag, and quite frankly haven’t been able to get the dang bag off my mind ever since. The Onthogo is quite large, measuring L 16.1 x H 13.4 x W 7.5 inches. You can easily fit a laptop, book, scarf, wallet, sunglasses, and any other belongings you like to carry around with you in a bag of that size. Worried about it being super heavy if you load it up with your belongings? Fear not, because the Onthego is made of coated canvas, so it won’t get as weighed down as a leather handbag of the same size would. That is one of my favorite things about Louis Vuitton, the canvas is so lightweight and low maintenance.

There are a lot of details about the Onthego that I love. Most obviously, the giant logo being the main one. Another detail that makes a huge statement is the contrast of the mini monogram on the handles. Such a small monogram packs a big punch, particularly up against the giant oversized mono on the bag! Speaking of handles, this handbag has two sets of them. You can carry it by hand with the mini mono rolled handles, or throw it over your shoulder with the longer straps for hands-free carrying. Each panel of the handbag is a different color, so depending on the way you carry it, it looks like a different bag. I am wildly obsessed with the khaki green/white/beige/crème combo, but would happily take a reverse monogram (which isn’t even appearing on the US Louis Vuitton site at this time). Any time I go to add the khaki color (it also comes in rouge and vert) to my cart, I receive the dreaded “Call for Availability” message on the site every single time. I’ve been told it will become available sporadically, but I have not been lucky enough to purchase offline yet.

When I was in Paris earlier this month, I went to Louis Vuitton every single day of my trip to try to stalk this bag. I went to multiple locations, in hopes that I would get lucky while I was there. A tip if you’re in Paris and in the market for a new LV, I found the St-Germain location to be the least crowded and have the friendliest sales associates (and I stopped in a few times!). Despite multiple attempts, I was told each time that the Onthego was completely sold out in France. I ended up purchasing another LV on my last day of the trip, but instead of satiating my desire for a new LV, my fixation on owning an Onthego has only intensified.

Since finding an Onthego in a boutique or on the LV site has been such a challenge, I decided to look into the resale market, which is a place I shop often. I’ve been able to score premier designs for a fraction of their retail cost in the past, but it’s always been a few years after the height of the bag’s popularity. Because the Onthego is limited edition and one of the hottest bags of Summer 2019, resale sites are capitalizing on that. To purchase from a reputable resale website, the price of an Onthego is averaging $4,000. For reference, if you were to purchase an Onthego directly from Louis Vuitton, it will set you back $2,440 (the price was raised in June from its original price of $2,340). As much as I want this bag, $4,000 is a pill that I just cannot swallow.

I can’t bring myself to buy an Onthego for nearly double the price, but I can’t seem to shake my need for this bag. What’s a girl to do? Give up on my dream of owning this bag or continue stalking the LV site? Are there any bags that you can’t let go of?