A Look Into the Hottest Handbag Right Now: The Telfar Shopping Bag 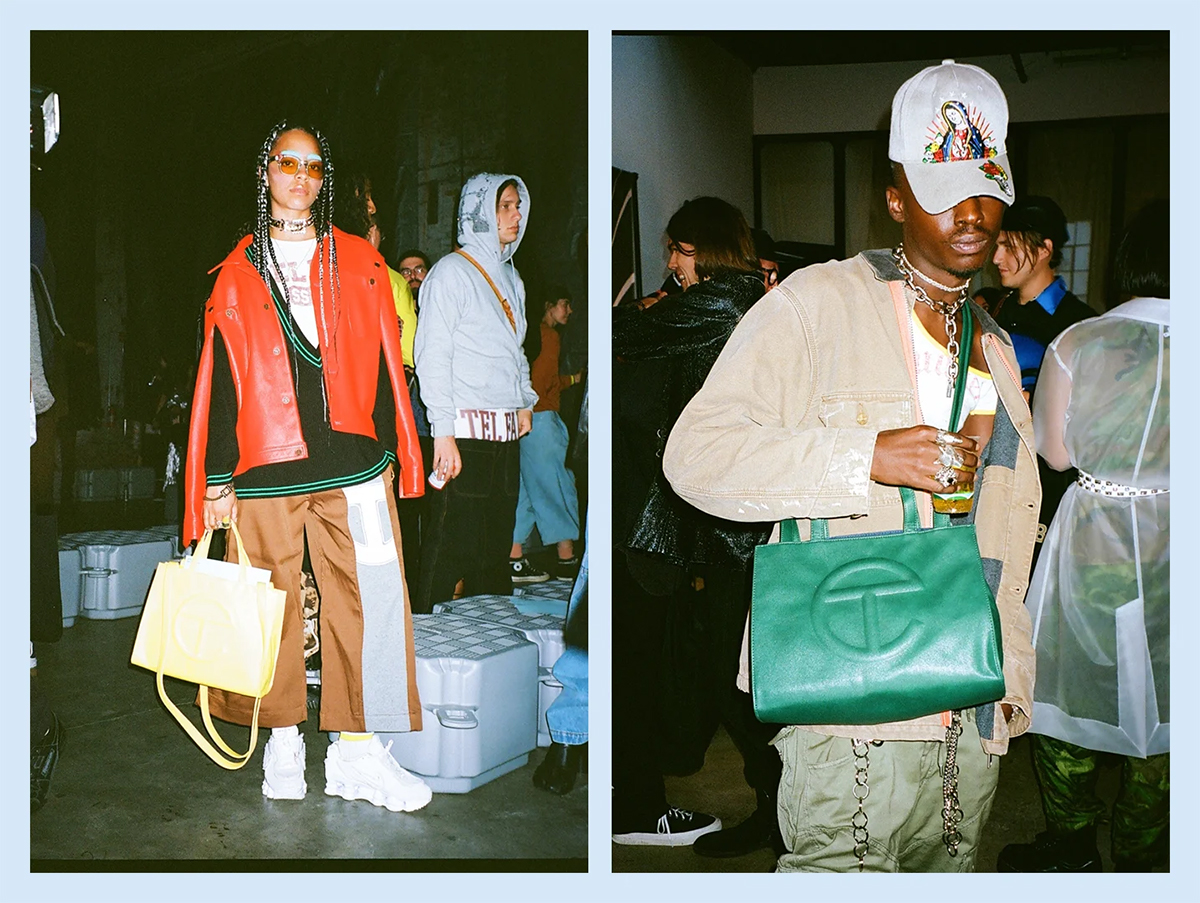 One of my favorite shows, that I’ve now watched two times in its entirety, is HBO’s Insecure. Issa Rae’s character, Issa Dee, carried her Telfar Shopping Bag, which became her ubiquitous handbag on this latest season of the hit HBO show. Shiona Turini, costume designer for Insecure, makes it a priority to support Black designers, not only those that are established but also emerging brands who receive a big hit for placement on an HBO show.

The Telfar Shopping Bag made its way into shows and on the arms of celebs, but the real appreciation for the brand comes from the fans. Telfar Clemens is a 35 year-old Liberian-American fashion designer who calls Bushwick, Brooklyn the base for his namesake label, Telfar. Clemens has said many times that he wants his popular vegan bag to be accessible. After winning the 2017 CFDA/Vogue Fashion Fund, Clemens used the money to relaunch his Shopping Bag. He perfected the design, and wanted to make larger quantities available, as even three years ago the bags would sell out immediately. The idea behind the bag is that it’s unisex, any kind of person can wear it, and it’s both practical and accessible. While celebrities love the bag, the Telfar Shopping Bag also quickly became the go-to baby bag of NYC Downtown art moms. The bag has even been dubbed the Bushwick Birkin.

Over the past three years, the hype surrounding Telfar’s now famous Shopping Bag has grown exponentially. If you check the comment section of the brand’s Instagram posts, you will see thousands of people clamoring for information on the next drop, begging to be sent texts or called on a megaphone so they don’t miss out, and many complaining that even though they checked the minute they received the restock email, the bags were already sold. It’s become a frustrating game for many. One Instagram commenter said “Giving me heart attack and heartbreak with every upload”. That comment was echoed by many. Though the brand will drop hints, there is never a specific date or time given when a restock will occur. Your best chance is signing up for restock emails on each bag you are interested in.

This morning, I started getting emails in my inbox saying a handful of the bags I had my eye on were restocked. I happened to be on my computer the second the email came through for 4 of the bags I put my name on the list for restock notices. Within 30 seconds of receiving the email, I was on the Telfar site, but much to my dismay I merely saw ‘Sold Out’, instead of the ‘Add to Cart’ I was hoping for. It happened again, and again, and again, and again. When I went to Telfar’s Instagram page, it seems the same happened for others there as well. Twitter is filled with pretty hilarious Tweets paired with GIFs over people either scoring or missing out on a Telfar bag (at the time of this article’s publishing, the term Telfar is trending on Twitter).

Being so highly sought after that you can’t keep bags in stock is a good problem to have, to an extent. While it means you have a highly engaged audience, it also means you may run into the problem of frustrating people into giving up over the lack of ability to find your product. Telfar updated its fans in the afternoon today, after a morning restock, that they needed to close down their shop to rid the bots looking to purchase bags, stating “Telfar is for the people, not the bots”. Telfar’s success has only skyrocketed as more consumers are looking to support Black-owned businesses. Clemens is up for the CFDA American Accessories Designer of the Year award this year as well (in an otherwise majority white selection). 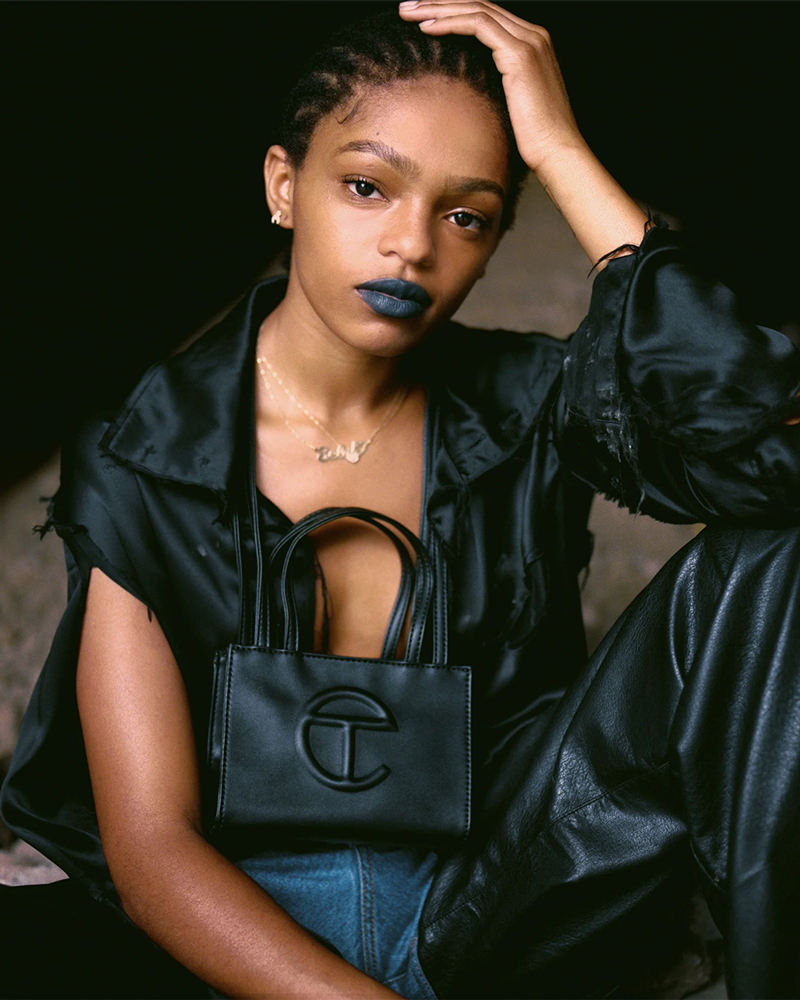 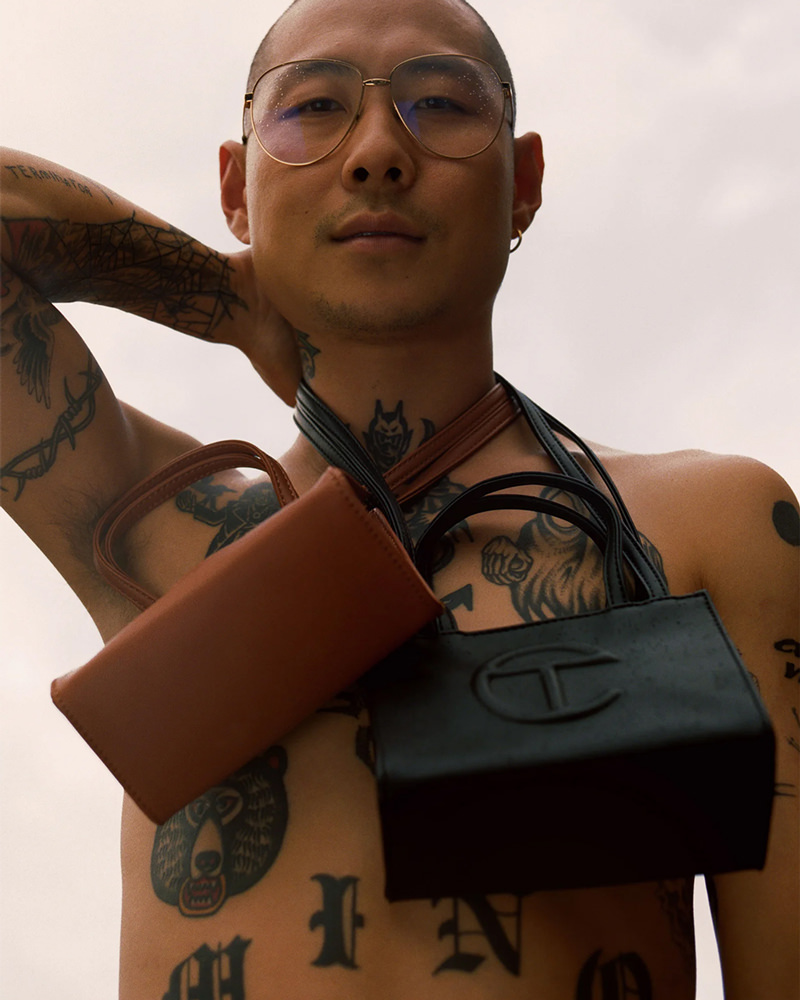 At a time when social justice and anti-racism are receiving the long-overdue attention they deserve, a brand like Telfar has become one of the most sought after bag brands of this time, not only for the easy style of the bag but also the brand’s ethos. Telfar breaks into an industry that’s often reserved for the white, rich, and thin allowing the target customer to truly be anyone. The inclusivity is one that transcends the interviews and talk, as Telfar showcases real customers on its social media channels to bring visibility of a vastly diverse community to life. Many brands leave customers feeling sidelined, as they don’t fit the typical mold of who the brand associates with and highlights, but Telfar has made this two-way symbiotic relationship part of its brand DNA and it shows in the fandom and excitement over the products being shared.

At the bottom of each restock email I received from the brand, was this text:

TELFAR is a black owned, genderless fashion project founded in 2005 in an apartment in LeFrak City, Queens.

Over the years we have given tens of thousands of dollars to bail our people off Rikers Island and collaborated with Black Lives Matter among others.

We will continue to do this — and so should you. Please give to Black Lives Matter, Anti Police-Terror Project, The Bail Project, Emergency Response Bail Fund, and the Black Visions Collective.

But donations are not the frontlines. For us, what is crucial is that everything else we do continues to be about building community and envisioning a future that has what it takes to destroy the present.

The bag itself is available in a range of colors and three different sizes: small, medium and large. The strap length on each is 21 inches. The small bag is a compact get out and go bag, the medium can fit a 13″ laptop, and the large is a great weekend trip bag or daily hauler. Each bag is crafted from vegan leather and features Telfar’s T logo front and center.

If you’re interested in a Telfar bag, the advice the brand gives is to add your email to ‘Notify Me’ on every bag you are interested in at its website here. Also be sure to check Telfar’s social media for hints on upcoming potential drops.

The only place I found where you can pre-order bags (however, these won’t stock until November), is LUISAVIAROMA. You can get your name on the list for a nice selection of bags on LUISAVIAROMA here. 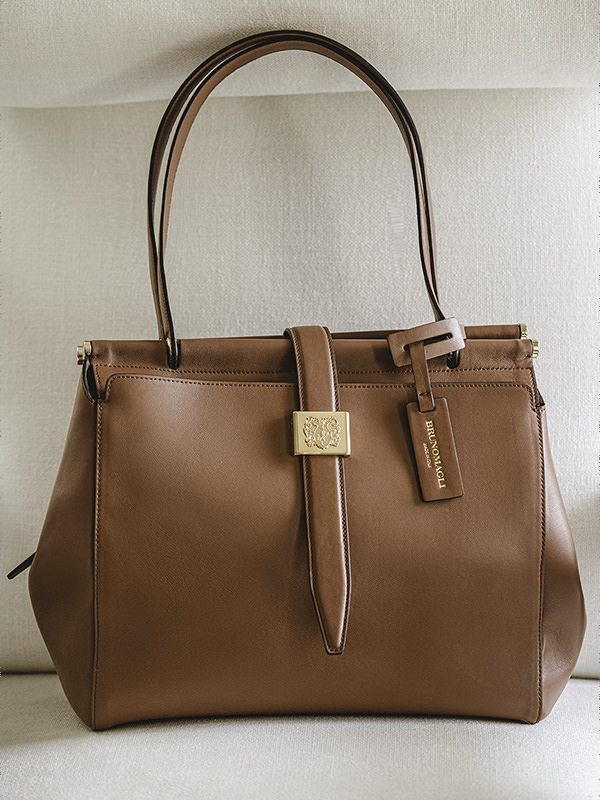