PurseBlog Asks: How Long Can the Hermès Birkin Stay on Top? 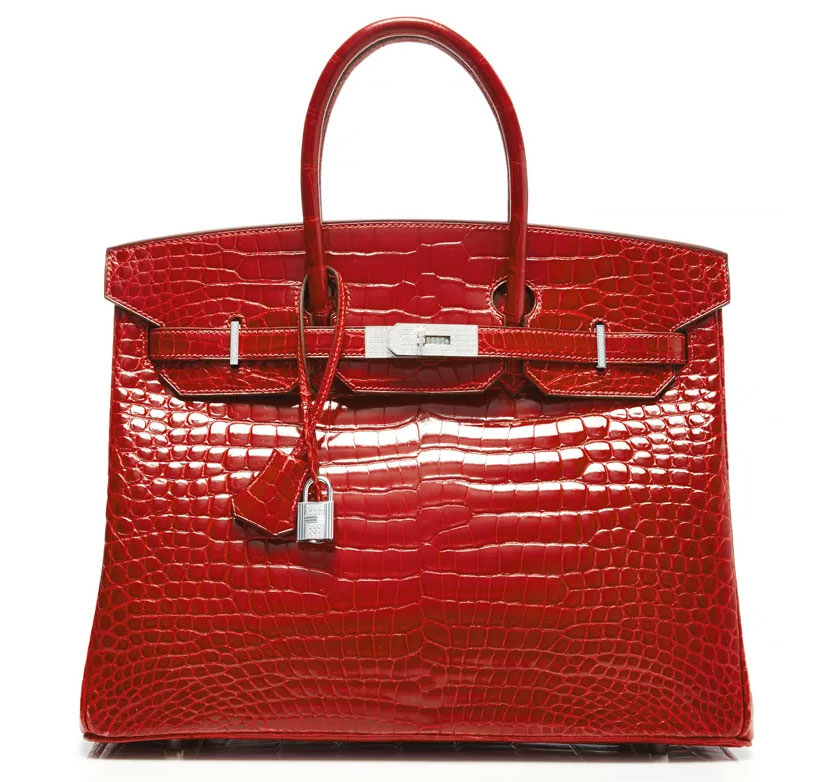 Last week, Bloomberg published an interesting look at the enduring popularity of the Hermès Birkin, highlighting the bag’s somewhat unlikely endurance in a fashion landscape besotted with novelty. Over a decade after Sex and the City centered an entire episode around a character’s quest for a Birkin, women are still questing for it all over the globe. How long can that last?

It was barely two weeks ago that we brought you news of yet another record-breaking Hermès auction, this time for a pink crocodile Birkin from Christie’s in Hong Kong. As writer Lauren Sherman notes in the Bloomberg article, Hermès has had great success expanding its appeal into flourishing Asian markets, which have turned their attentions from designer logos to so-called “quiet luxury.”

Sherman also discusses the difficulty that other brands have had competing with Hermès; although more brands than ever are in the French stalwart’s price tier, none of them have been able to create the same kind of sustained interest in the five-figure price range, which is Hermès’ bread and butter. For now, the brand is without peers, and building up the kind of brand story and loyalty required to demand $10,000 for a leather bag is not something that’s done overnight, or even over the course of a few seasons. Even though the Birkin doesn’t appeal to everyone, its throne is safe for now.

The tough thing about luxury, though, is that premier designer brands are always trying to balance the paradox of selling enough product to grow but making every customer feel like he or she is buying something special and rare. In the case of Hermès, that balance is more high-stakes than for any other brand; much of the Birkin’s appeal is in its rarity, and increasing production too much could soften demand.

Do you think the Birkin can stay on top forever, and if not, which brand do you think is likely to knock it out of the handbag world’s top spot?

I think Chanel is the only one with the potential to dethrone Hermes.

Ditto with Laura! The only other brand that can even come close to Hermes is Chanel.
Hermes is #1, #2, and #3. Everyone else stand in line.

The Birkin died when Victoria Beckham stopped carrying her 50+ strong collection years ago (something nobody seems to mention). They’re coveted by the masses but ubiquitous in wealthy circles which wasn’t the case a few years ago.

0
Reply
Giselle
Reply to  Jal B

I was about to write the same. I think though Victoria doesn’t carry Birkins because of Kardashians and other “celebs”. She likes exclusivity, and who can boast about carrying their own brand? Nobody, except her.

Agreed. I think she did more for the bag than it did for her though. The average person is aware of it because of her.

0
Reply
Guest
Reply to  Jal B

i disagree, the average person isn’t even aware of Victoria or David Beckham, except for in the UK. However, the typical label chaser is though.

0
Reply
dela
Reply to  Jal B

Yeah, the Birkin played a major part in establishing her fashion credibility and, thus, allowing her to establish her own line. In a bit of irony, now she rarely diverts from her own label.

I think Chanel has that power…

The FENDI bags too..

this is going to be a nearly impossible conversation to have due to the kind of brand loyalty hermes demands. 99% of people with birkins would never admit that they think their $10k+ purchase is someday going to be less coveted. At the same time I’m not sure it’ll be going anywhere during most of our lifetimes. I think it would require an already popular luxury line to start creating the same 5 figure price tag bag every season in limited like quantities but also be a design that is good enough to garner peoples interest in buying it.

as someone who just got into the luxury game the last 5 years I had no idea what a birkin was until then and I had hyped it up so much in my mind as being this amazing one of a kind holy grail bag. Then I discovered places like purseblog and celebs on instagram or instagram celebrities who have 15 birkins in different shades of colour and the allure is gone. At this point it’s more exciting seeing a muse two bag or a sweet charity bag because at least I don’t see those everywhere I look

I don’t care how much money you have – you could not give me one of those bags to carry. Way too ridiculously over the top.

I honestly think the Birkin is over. And I don’t see anything exclusive about it. I see more Birkins and Kellys than the number of yellow cabs in NYC, it’s excessive and the “exclusivity” makes no sense to me since my mom walked in looking like a bum from the bottom of the Brooklyn bridge and picked up one with small purchase history from the brand. I am pretty sure she has had more trouble using her shampoo coupons at CVS. She got the bag because she just loves the bag, and also because the bag is an icon and well it’s a Birkin! The bag is amazing and the quality is great, however it is slightly overpriced and way too overhyped.

I agree with you, Yoshi1296. These days, anyone can buy a Birkin very easily; you can buy a new one from the 1,000+ consignment shops around the world. It may feel special to people because of the price and because it’s so iconic, but it’s not very “exclusive” anymore. And it’s true, I’ve seen sooo many people carrying it that it almost makes me feel sick. It’s just like a Louis Vuitton monogram bag. Sure, it does have a hefty price tag, but if you work up to it, you can get your hands on one. I’d rather buy multiple Pradas and Chanels than just one expensive (A.K.A overpriced) Hermes bag. The Kardashian’s and Victoria Beckham are no longer the only ones with countless Birkins…… (Victoria doesn’t even use hers that much anymore)

The brand that can even sell its scraps doesn’t have anything to worry about. The economic model of Hermes would be hard to replicate by other brands. Where other brands try to capitalize on the high profile of their designers, Hermes stresses history and craftsmanship. However, the balance between popularity and exclusivity is tipped in popularity’s favor more than ever. Add to that the fact that, because of e-commerce and the recession, the Birkin can be acquired quite easily. In less than a decade, the Birkin has been seen on the arm of every reality TV star and every B-list actor from Hollywood to Bollywood. I do think its appeal is waning with movie actors, but reality stars like the Kardashians keep it strong. This means that the customer base that aspires to carry the Birkin has largely shifted from the Samantha Joneses of the world to the people who contribute to the Kardashians’ popularity. I personally have become more interested Hermes bags not known as Birkin or Kelly.

I totally agree with you in all you say but one thing. I never thought the Samantha Jones type of woman as one sophisticated with class! Am I wrong?

But they are career and self-made women for whom the Birkin could be an ultimate status symbol.

I think that the paradox you mention in your article is not really there because, although the Birkin’s apepeal is indeed in its rarity, there are a lot of other more “affordable” products in the house of Hermes that are selling like crazy! I mean Hermes don’t expect to up their annual growth rate by selling more Birkins! The Birkins just play their part in the Houses image! I always thought of them like Hermes’ overpriced marketing strategy to build an alluring aura around it and draw more attention and thus more customers!

Over-abundance of non-Birkin Hermes products could also hurt the Birkin, though. If people at the top tier of customers start to feel like a brand they patronize is overexposed in other ways, they tend to look elsewhere, even if the products they’d be buying are still relatively rare. That’s exactly what Louis Vuitton is fighting against right now: “affordable/aspirational” products became too popular and ubiquitous and it didn’t constrain the supply because the company was growing like crazy, but eventually that growth petered out because it turned off top-tier customers. When the top-tier customers get bored, the aspirational customers under them soon follow. It’s a very careful balancing act, even for a brand with a huge, loyal following.